Floyd Mayweather Defends Ronda Rousey From Backlash After Surprising UFC Loss: "Everything Happens for a Reason" 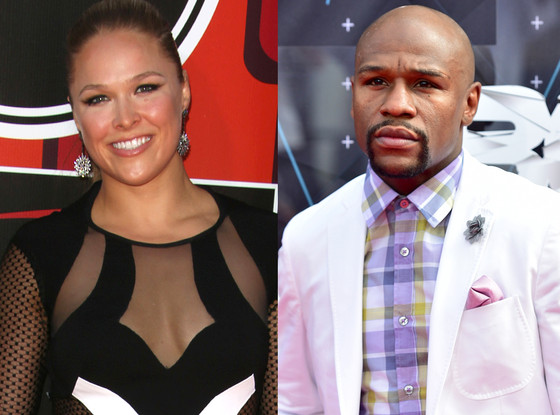 From one former champion to another, Floyd Mayweather has a few supportive words for Ronda Rousey

After suffering the first loss of her career during an Ultimate Fighting Championship match against Holly Holm on Nov. 15, the 28-year-old Olympic medalist faced immediate backlash from all angles and became the focus of Internet shame because of the shocking upset.

When rapper 50 Cent posted an unflattering photoshopped Instagram picture of Rousey knocked out in the arms of iconic boxing character Rocky Balboa, he generated speculation that Mayweather also wanted to poke fun at Rousey's loss by claiming the athlete asked him to post it.

"LMAO FLOYD TOLD ME TO POST THIS, he want me to do the dirty work," the rapper wrote of the photograph.

However, Mayweather, who also faced off in a similar "fight of the century" this year, put an end to the gossip when he spoke out publicly Monday.

"That's not true at all. I haven't really spoke to anyone about the Ronda Rousey situation, just to set the record straight," he told Fight Hype. "I don't have anything against MMA fighters. It's just like boxing; you win some, you lose some. A true champion can take a loss and bounce back." 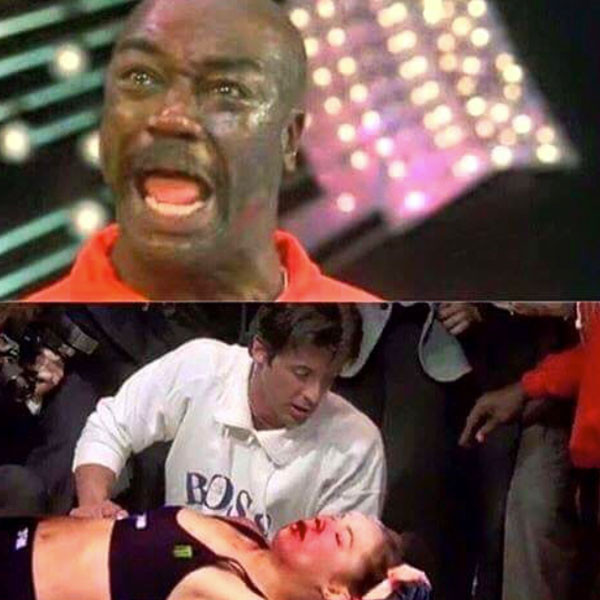 He elaborated further on the issue, defending the accomplished athlete from the unwarranted backlash.

"I don't think it's cool how everyone is trolling her on social media. Certain things you have to learn. People will love you on Friday and then Sunday morning, it's nothing but negative comments and people making jokes and people making fun about you, which I don't think is cool. I've never been on the other side, so I don't know how it feels. I'm pretty sure she's a very, very strong person, but we still have to take into consideration that she has feelings," Mayweather said.

The 38-year-old boxer, who walked away from the ring an undefeated champion when he announced his retirement this month, said that even he has endured loss and. He believes that everyone's life's journey is dictated by a higher power, regardless of his or her personal intention.

"Everything happens for a reason. This was already written. Listen, if God says, 'In Floyd's career, I don't want him to lose,' you know what? I wasn't going to lose. That doesn't mean that I haven't took a loss before. I'm not talking about boxing; I'm just talking about life," he said. "When you lose a loved one, that's taking a loss. I think that everything is just a learning experience."

"In due time, she'll be able to bounce back and make some noise again in mixed martial arts," he added optimistically.

TAGS/ Ronda Rousey , Sports , Top Stories
GET POP CULTURED!
*Email entered incorrectly. Please try again.
By subscribing to our newsletter you agree to the Privacy Policy and Terms of Use
Daily
Weekly