Leah Remini has been vocal about her experiences with Scientology—both positive and negative—and she took her admissions one step further Wednesday when she opened up to Andy Cohen on Watch What Happens Live.

The King of Queens alum has admitted that there were some aspects of her former religion that did help her along the way, but ultimately her desire to remain close with her daughter caused her to leave in 2013. But when a caller asked if she regretted joining altogether, she gave a definitive answer that might surprise.

"Regrets? No," she admitted.

Appearing alongside Gloria Estefan, Remini added that her three decades in the organization led her to a great place in her life. "I'm here now and I wouldn't be here at this moment between these two wonderful people talking to you if not for all of those things happened, so I'm happy," she said.

PHOTOS: Stars and their juicy books 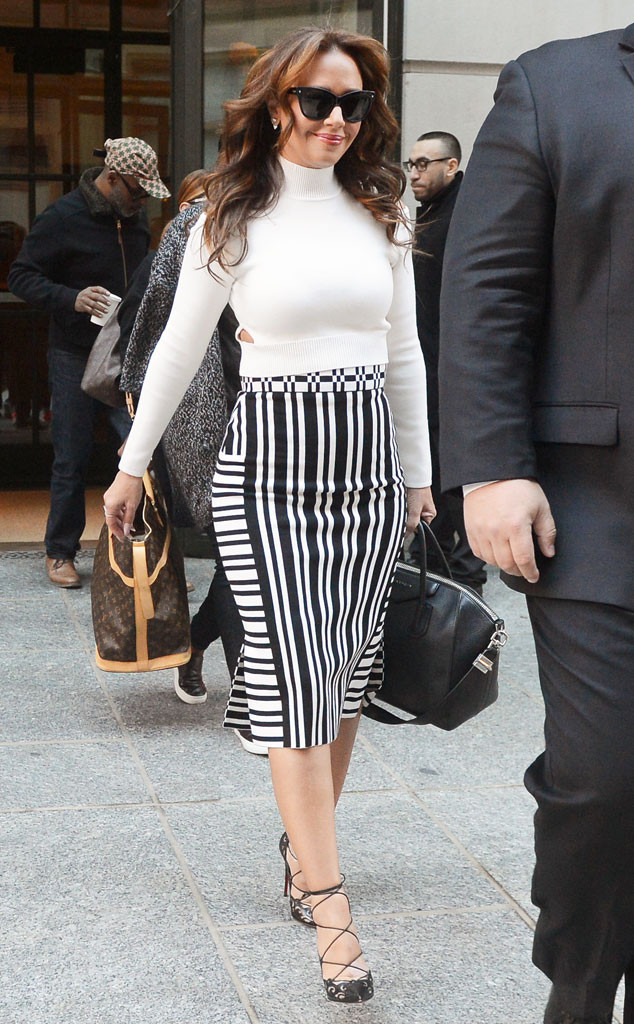 When director Alex Gibney approached Remini to partake in his expository documentary, Going Clear, she turned him down. He told E! News in an exclusive statement that he approached several celebrities but they weren't "ready" yet to come forward. Now that she has, he said he's "delighted."

As for why Remini decided to pen her tell-all memoir, she said the suppressive actions taken by the organization became too much. "It was six years of questioning and I just could no longer subscribe to what I was part of for most of my life," she recounted. "You should be able to question an organization that you've been faithful to...when you ask those questions you shouldn't then be punished. That was occurring."

Although she flat out said she doesn't regret her time spent in the organization, she did reveal during a sit down with fellow former Scientologist Paul Haggis that being shunned by those who were close to her has been the hardest part. She told the audience that she's "going to have godchildren and family I won't ever see." She didn't specify any names but did admit that it's "heartbreaking.

Remini's claims have since been challenged by the organization. "Her repeated ethical lapses and callous treatment of others led to an ecclesiastical review which resulted in her being expelled," the organization told E! News in a statement.

"She now regurgitates the tired myths the Church has repeatedly debunked, circulated by the same tiny clique of expelled former staffers bitter at having lost the positions they enjoyed before their malfeasance and unethical conduct were uncovered."

Hear even more about Leah Remini's decision to leave Scientology.

PHOTOS: Celebs who are outspoken about their religion

TAGS/ Leah Remini , Scientology , Bravo , Top Stories
GET POP CULTURED!
*Email entered incorrectly. Please try again.
By subscribing to our newsletter you agree to the Privacy Policy and Terms of Use
Daily
Weekly