How Did Nina Dobrev Exit The Vampire Diaries? We're Not Crying, You're Crying! 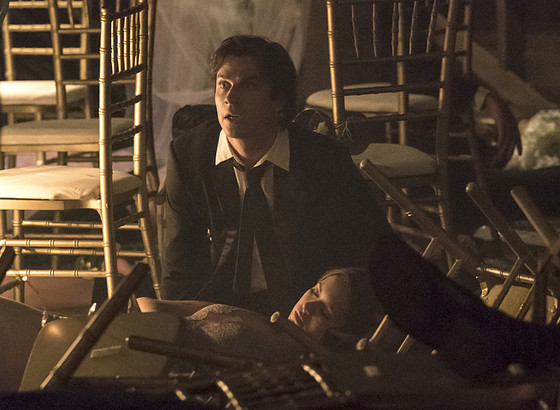 Spoiler Alert! Don't read on if you haven't yet watched The Vampire Diaries' season 6 finale, "I'm Thinking of You All the While."

Sobbing. Sobbing harder. Sobbing ‘til we feel we may never have dry eyes again.

Elena may not be dead, but nothing is happy in the TVD world right now.

Turns out we've got Kai—one of the greatest/worstest TV villains of all time, probably—to thank for the state of Elena, which is not quite dead, not quite alive.

Kai used his witchy powers to link Elena's life to Bonnie's, so as long as Bonnie's alive, Elena's preserved in a permanent, time-freezing coma. When Bonnie dies (unnaturally or in 60 to 70 years), Elena will return exactly as she was before she was knocked out, meaning that she can still have her happily ever after with Damon.

Kai's intention was to torture Damon and/or cause him to kill Bonnie, which would have worked pretty well if it weren't for that handy dandy vampire mind trick that allowed everyone to say goodbye to Elena one last time.

And that was where most of our tears came in, because holy crap was that brutal. Beautiful, but brutal.

WATCH: Ian Somerhalder opens up about his wedding and Elena's departure 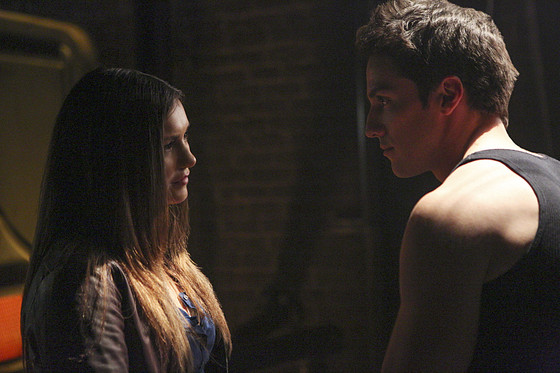 Elena had moments with Tyler (who is now a werewolf again, FYI), Matt, Jeremy, Alaric, Bonnie, Caroline, Stefan, and of course, Damon. As she told him, Elena knew that the love of her life would stand by his best friend, even if it meant he wouldn't see Elena for a while.

Elena was laid in a coffin and stored in the Salvatore mausoleum, and then we fast-forwarded a bit to discover…a bleak, garbage-covered Mystic Falls, with Damon looking over the destruction from the clock tower he and Elena only recently jumped off of. This now brings some meaning to Ian Somerhalder's curious words earlier today:

"I think the question is, what is Mystic Falls without Nina Dobrev?"  he told us. "And the last two shots truly depict what Mystic Falls is. What I love about it is this Mystic Falls is dark, it's scary, it's edgy, it's volatile. It's all these things that we love to play."

MORE: Get the lowdown on The CW's new schedule 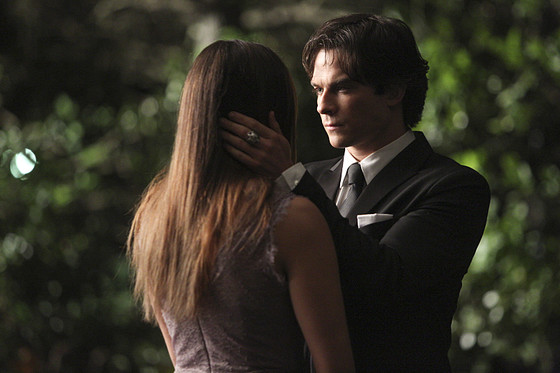 So basically, it's Mystic Falls Apocalypse, and we kind of can't wait to find out what that's like.

In happier news, Stefan finally confessed his love to Caroline, and told her that whenever she's ready for him, he will be there, and he will be ready for her, and our sad tears momentarily turned into very, very, very happy tears.

As for Kai, he's very dead now, as Damon decapitated him. He was great for a while, but he definitely deserved that end for everything he's done.

So all in all, we're actually very happy with this ending. We're not thrilled with Jo's death AT ALL, but we think that if Nina Dobrev felt it was her time to leave the show, this was an excellent way to go about doing it while still leaving it open for her to return whenever the series actually ends (in 60 or 70 years or so, probably).

What did you think? Vote in our poll below then head to the comments to weigh in, right after you watch that final scene again and cry some more:

Nina Dobrev
What did you think of how The Vampire Diaries handled Nina Dobrev's exit?

TAGS/ The Vampire Diaries , TV , Top Stories , Nina Dobrev , Watch With Kristin
GET POP CULTURED!
*Email entered incorrectly. Please try again.
By subscribing to our newsletter you agree to the Privacy Policy and Terms of Use
Daily
Weekly