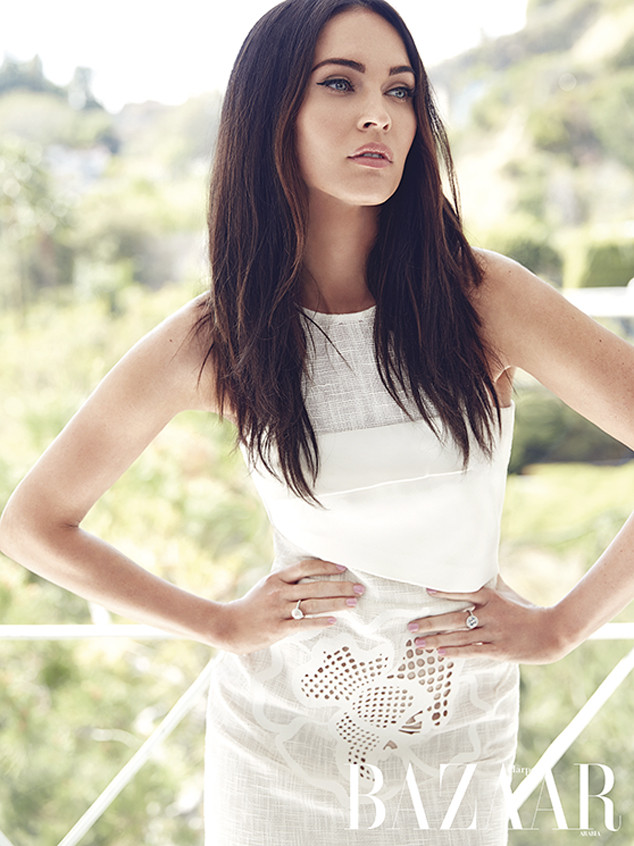 Rather than feign ignorance, Fox says she's keenly aware of what critics have said. "I would say most people assume that I'm not very smart or educated or earnest, because I have this image that I'm sort of narcissistic, chasing attention, and wanting people to like me. It makes me laugh because I've done plenty of interviews and when you read the article from beginning to end you can see that I'm not your typical music video model," she tells Harper's Bazaar Arabia.

Yes, Fox did star in Eminem and Rihanna's "Love the Way You Lie" music video in 2010—but that's not the point. "My life is not about seeking other people's approval because I know it isn't going to come." Fox was barely in her twenties when she starred opposite Shia LaBeouf in Transformers. She became as famous for her allure as she did for her bold opinions, and to a degree, both hurt her career. "I think there's a lot of growing personally that I needed to do, to control my passion. I really wanted to be a mom, and I wasn't yet, and I really struggled with that," she says. "I was just too young to see where I wanted to go."

NEWS: Megan Fox admits it's helpful to be beautiful in Hollywood 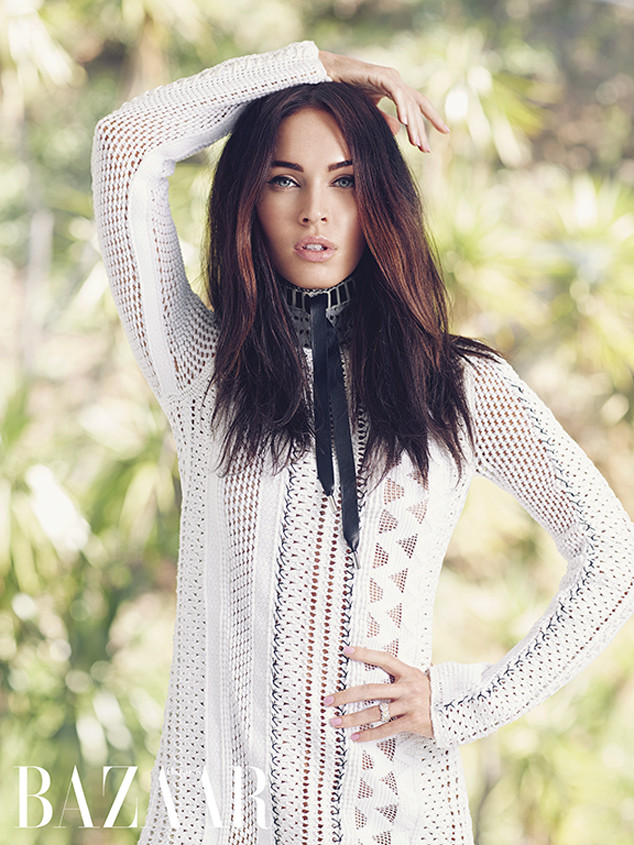 While she was being marketed as a sex symbol, critics panned Fox's acting abilities.

"In Transformers I was a kid. I had no idea what I was doing. There was nothing for me to do [in the film], but then I did nothing and that was my own call," she says of the 2007 flick. "I don't take it personally because in some ways I acknowledge and agree. But at the same time, both established comedians and Quentin Tarantino have come up to me and said, 'I really liked Jennifer's Body. You were really good in that'. The people whose opinions matter liked it, so I'm OK with that."

Around that same time, she was often praised for her red carpet style. While it might seem flattering to appear on a best-dressed list, for Fox, the experience a bit unnerving. "I've never had fun getting dressed up and going on the red carpet because there's pressure there. You're not just getting dressed because you think this is an amazing outfit. You're getting dressed because there's an obligation from your side to a certain designer and then you have to go and walk the carpet hoping that someone else isn't wearing something similar," she tells the magazine. "I'm just sort of the mannequin that they send out, so it's just not a fun process for me."

NEWS: Megan Fox is not having sex or eating carbs 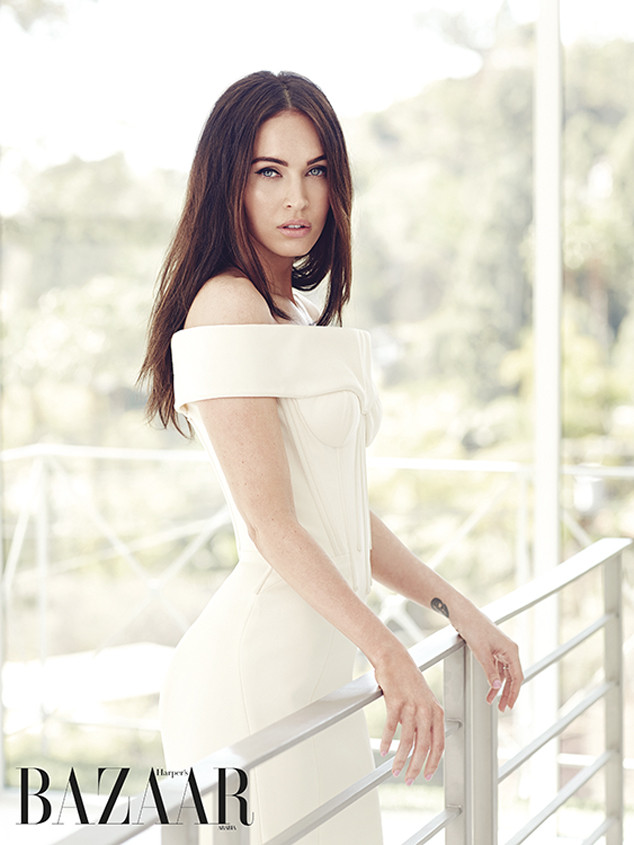 After starring in the first two Transformers films, she wanted a change.

Fox, 28, took supporting roles in comedies like Friends With Kids and This Is 40, and last year, she starred in Teenage Mutant Ninja Turtles. "I don't sit back and have a game plan and make decisions about my career like other actors do. I have no ego tied up into my career at all. If I get pitched into a movie I do it and that's that; it doesn't matter if it's weird or small or huge," she admits. "I trust my intuition."

More important than being an actress, of course, is being a good mom to sons Noah, 2, and Bodhi, 13 months, with husband Brian Austin Green; Fox is also stepmother to Green's 13-year-old son, Kassius.

"I don't think I need to teach my children with harsh words or with punishment. I believe that if I love them the right way, there's no need for that," she says of her parenting philosophy. "I'm a free-spirit mother." She regrets not being "a better influence" on Kassius when she began dating Green. "I don't talk to Bodhi like he's an adult, obviously, but I listen to everything he says to me and I believe in him: I believe that he sees things I don't see, I believe he has things to teach me, and so I don't act as a disciplinarian or an authority figure per se. I don't ever want to be a restrictive force on him; I want to be an expansive force...I want him to be inspired by me because he constantly inspires me as well. Motherhood has really deepened me and has given me so much perspective. I'm very dedicated." 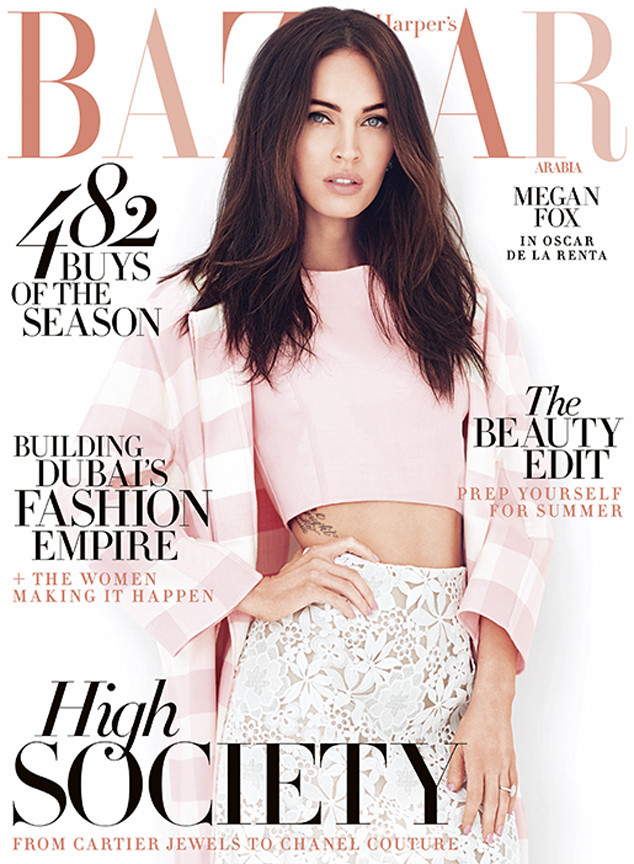 That being said, Fox and Green still make each other a priority. "We ask his mom to come once a week so that we can go to dinner, go have sushi or something like that," she says of a typical date. "But now that they're so young, it's just insanity."

TAGS/ Megan Fox , Magazines , Celebrities , Top Stories
GET POP CULTURED!
*Email entered incorrectly. Please try again.
By subscribing to our newsletter you agree to the Privacy Policy and Terms of Use
Daily
Weekly