How The Bachelor Did the Impossible: Got Better Than Ever in Season 19

ABC's The Bachelor is the greatest TV success story of the 2014-15 TV season.

What's that? Oh, you're smirking and yelling, "The Walking Dead is the  No. 1 show on TV!" or "What about the breakout that is Empire, you goat ass?!" Well, we hear you. We love those shows, too. But we also have pretty iron-clad proof that The Bachelor's current 19th season is a straight-up miracle of epic proportions.

This 13-year-old series—currently in its 19th season—is somehow hotter and better than ever right now. And given the current reality-TV landscape, that basically makes it like a leprechaun riding a unicorn that is pooping rainbows. You are welcome for that visual.

The evidence of the Bachelor miracle:

CLICK: See how Chris ranks among all the Bachelors! 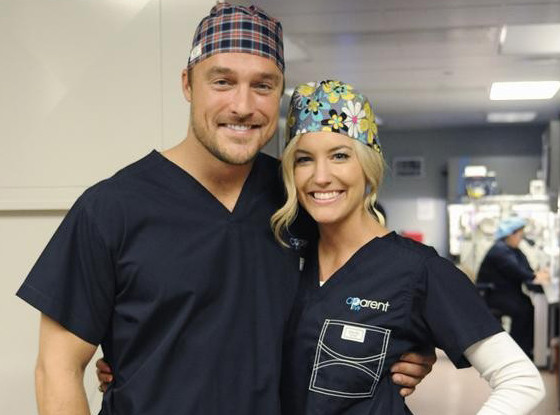 So how did The Bachelor pull off this miracle? Chris Harrison reveals that before Chris Soules' season started, creator Mike Fleiss had a come-to-Jesus moment with his staff.

"There was a concerted effort that really started at the top," Harrison explains, "During Andi Dorfman's Bachelorette season, which we thought was a great season, but the ratings just didn't support it, Mike Fleiss sort of rallied everybody together, including myself, and reminded us that if we want to keep doing this, we've got to be better. We have to produce better, we have to host better, and we have to create better. He really kind of refocused everybody like, ‘Hey, we can't take this stuff for granted!' And I think everybody did. I think everybody kind of tightened it up a little bit, and gave a little better effort in finding the stories and trying things we haven't tried before."

Fleiss and fellow executive producers Martin Hilton and Alycia Rossiter, along with host with the most (and producer) Harrison also decided to loosen the reins on how the show's 13-year-old "formula" works—allowing, for example, this year's Bachelor Chris Soules to skip rose ceremonies when he wants to, sneak off with a girl when he wants to, or eliminate both bats—t crazy girls when he wants to (we will never forget the Badlands Thunderdome explosion that was Kelsey and Ashley I). It helps Chris' chances of finding a legit romance--and of course keeps viewers on their toes.

"I think the show had become really formulaic," Harrison admits of prior seasons. "This season, we still follow the general recipe that's been so good and made the good secret sauce for 13 years, but we have been able to loosen the reins on everything. Not only me, but what Chris [Soules] does. He says, ‘Hey, can I do this?' And before we might have said, ‘You know, maybe not, let's wait til the rose ceremony and let's follow the formula.' But now we say, ‘Let's do this! Just make sure that this is what's best for you and we will do it.' It has been freeing." 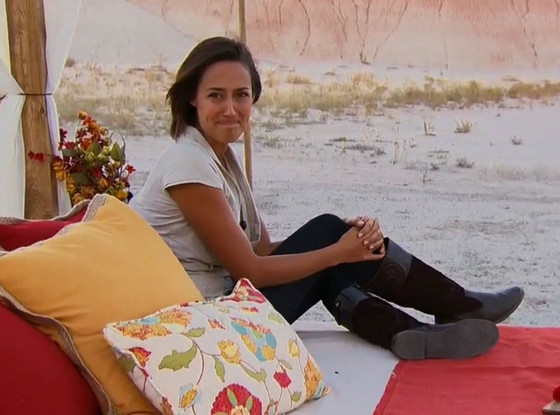 Harrison also says the tone has shifted, and the show isn't taking itself too seriously any more. Hence, the amazing episode with Jimmy Kimmel as Chris Soules' "wingman."

"Everything is looser now, because the audience kind of demands it now," Harrison explains. "I think everybody's in on what is fun and what can be taken as a joke, and we can go there. And yet, we also haven't lost the sincerity. We really do want a couple and we really do want love. We want what happened with Sean and Catherine and Trista and Ryan. But, hey, we can still laugh at the trainwrecks along the way."

(Or the possibly hairy butts the producers so expertly blocked out with a black bar...Clearly, the editors are having their fair share of a good time this year, too.)

And then, of course, there's the casting. Chris Soules also has exceeded both viewer and producer expectations, turning out to be, as Harrison put it, "probably are most sincere and genuine Bachelor we've ever had." And..fiesty.

"I think a lot of people underestimated Chris," he says. "He's a little more dynamic than what you thought you were going to get. He's making out with everybody, he's pretty strong-willed, and he's pretty outspoken."

Thinking Chris might be more subdued, the women were more explsive, and viewers have gotten some spectacularly fun catastrophes. Whether it's Ashley S. going on about how "powerful" she feels for knowing what a pomegranate is, Ashley I. getting all dressed up in her princess dress to cry over a date she didn't receive, or Kelsey gushing over how much she loves the story of her husband dying (truth told, we still feel for her!), it has been an entertaining and strange season.

"The girls definitely have carried a large portion of the storyline," Harrison admits, "from the Ashleys to the Kelseys, there was a lot of crazy stuff. Megan was just ice cream on a stick for me. I just love her to death. Her going to New Mexico and talking about sombreros and leaving the country….It's just unbelievable. I am not sure if she even knows now! I didn't want to break it to her."

Chris Soules is also pretty easy to root for. Perhaps more so than any Bachelor in the show's 13-year history (and, of course, the polar opposite of guys like Juan "Ees OK, But I'll Never Marry You" Pablo). He seems to speak from the heart, and be 100 percent devoted to the process of finding a wife and a mother to his children. He's shown his vulnerability through actual tears, and his deep-set fears that whoever he chooses won't want to live in his tiny town of Arlington, Iowa, makes you ache for his legit happy ending. "He really does want somebody to love," Harrison explains, "and he is scared to death that this won't work. That when these women see his barn and see where they're going, they're going to run. It scares the hell out of him. He truly knows that this is as good a chance as he'll ever have to find love."

Tonight, Chris and the three remaining women—Kaitlyn, Becca and Whitney—travel to Bali for the overnight dates.

And we've never rooted for a guy on a reality show to find true love more. You?

TAGS/ Watch With Kristin , The Bachelor , TV , Top Stories
GET POP CULTURED!
*Email entered incorrectly. Please try again.
By subscribing to our newsletter you agree to the Privacy Policy and Terms of Use
Daily
Weekly