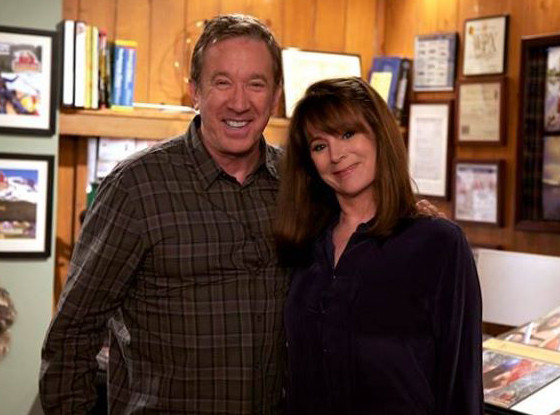 Popular '90s heartthrob Jonathan Taylor Thomas, 33, and Patricia Richardson, 63, appeared on Friday night's episode of Last Man Standing and reunited with main star Tim Allen, 61, who starred with them in the hit comedy series Home Improvement. Naturally, the show included plenty of inside jokes and jabs.

The latter show, one of the most popular family programs in the United States, depicted the lives of the Taylor family and ended its 8-season run in 1999, more than 17 years ago. Friday's episode of Last Man Standing marked Thomas' fourth appearance on the ABC sitcom and Richardson's first.

The actress played Helen Potts, a widow and new neighbor of Allen's character, Mike Baxter, and his family, who likes to work with power tools...loudly. On Home Improvement, the actor played patriarch Tim Taylor, co-host of the show Tool Time.

"Wow. Have we met before?" Baxter asks Potts.

"You do look vaguely familiar," she replies.

"I've got a million things to fix around the house. My idiot husband thought he was quite the handyman but mostly he just set stuff on fire, blew things up and complained about my cooking," she said.

"You should try putting up with him for eight years," she replies. "Eight long years."

PHOTOS: The faces and faces behind Disney characters 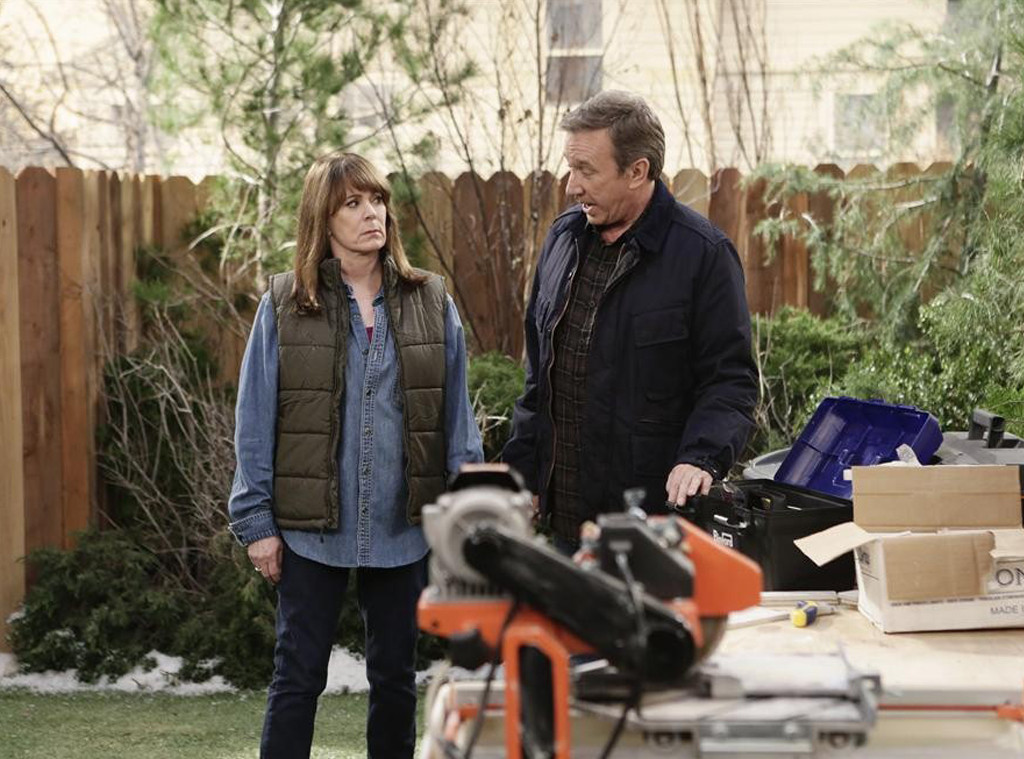 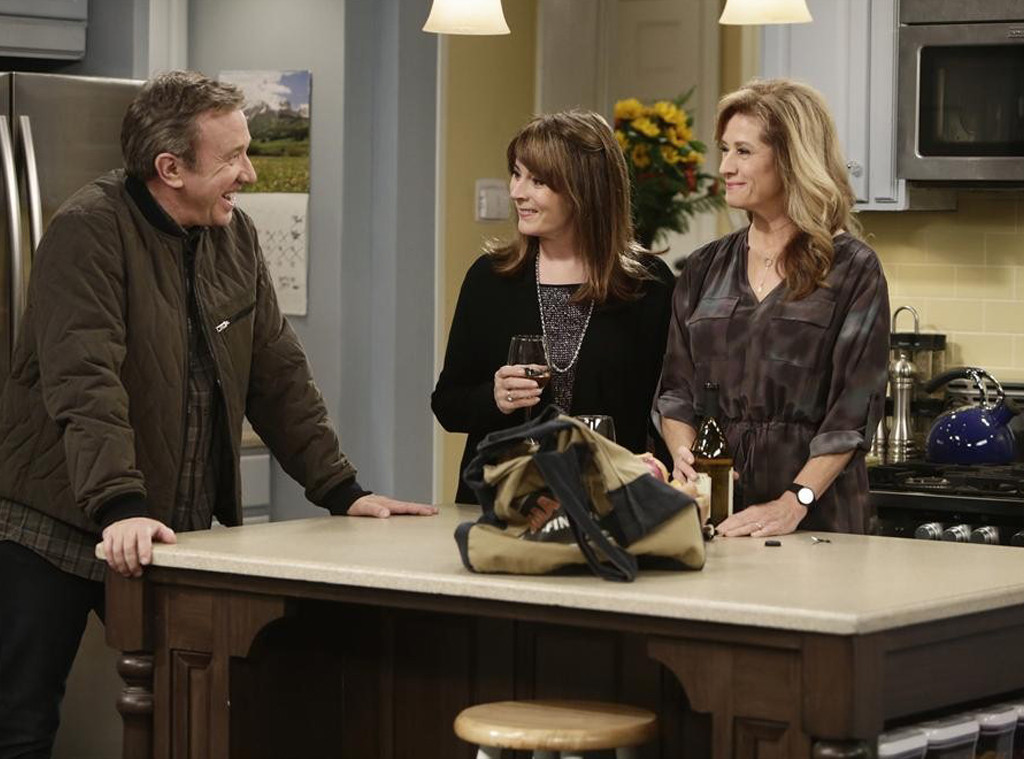 Thomas played Potts' son, Randy, which was also the name of his character on Home Improvement, and appeared briefly at the end. Thomas had starred on three past Last Man Standing episodes between 2013 and 2014 as a different character, John Baker, a former co-worker of Baxter's daughter, Kristin. 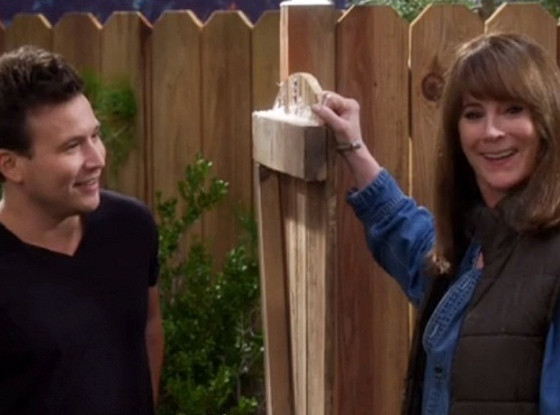 Those guest appearances marked his first major acting roles since he appeared on a 2005 episode of Veronica Mars. In the early '00s, Thomas, who is also famous for portraying Simba in Disney's The Lion King, guest starred on Smallville and 8 Simple Rules.

After Home Improvement ended its run, Richardson went on to appear on shows such as Strong Medicine and The West Wing and also starred in several TV movies. 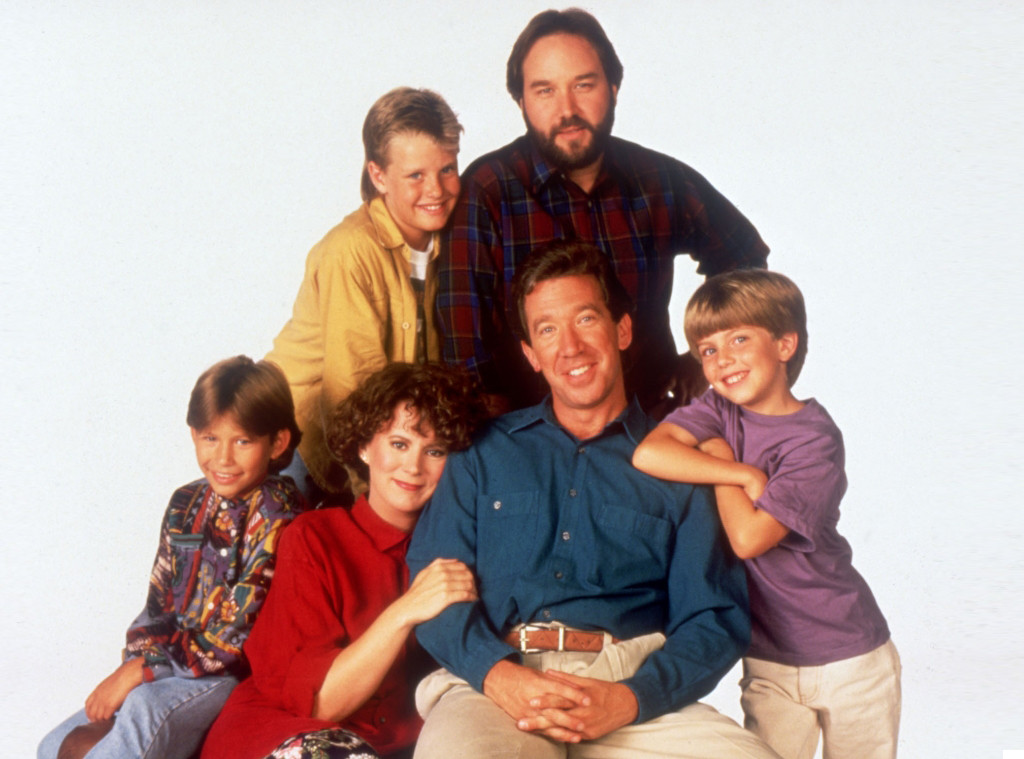 The episode also featured another nod to Home Improvement: Baxter talks to his neighbor, Chuck Larabee, from opposite sides of the fence, obstructing the view of the latter's face, just like Taylor and neighbor Wilson W. Wilson's earnest chats. The actor who played him, Earl Hindman, died in 2003 at age 61 from lung cancer.

PHOTOS: The Most Awesome Things From the ‘90s

TAGS/ Top Stories , TV , Reunion
GET POP CULTURED!
*Email entered incorrectly. Please try again.
By subscribing to our newsletter you agree to the Privacy Policy and Terms of Use
Daily
Weekly