Lumberjack Dexter, we're still not over you.

In case you missed the memo: Dexter is pretty widely known as the worst TV series finale of all time, and Michael C. Hall finally confessed what he thought of it during a Reddit AMA.

When asked how he reacted when he read the final scene, in which Dexter moves to a forrest and becomes a tree-chopping lumberjack, Hall admitted:

Still, Michael did sorta-kinda defend what the writers were going after.  "Given what [Dexter] had been through," Hall explained, "and his attempts to have his cake and eat it too in regards to indulging his compulsion to kill AND have a more authentic life, his self-imposed exile did resonate. I think Dexter came to believe that... anything he touched would eventually be destroyed and so he felt he neededto let it all go. Of course, Dexter is also a pragmatist and a self-preservationalist so he didn't do himself in. But rather put himself on hold."

We appreciate the sentiment, but when you take into account the sad state of the entire final season of Dexter, and the finale's series of events that really made no sense whatsoever (Spoiler: He put Deb's body on a boat, disappeared and showed up looking like the Bounty paper towel man…because suddenly, being a serial killer was a CHOICE?! Say what now?), we still can't help but crave the ending that original executive producer Clyde Phillips (who left the show in late 2009) told us he had wanted to pitch as the ending. 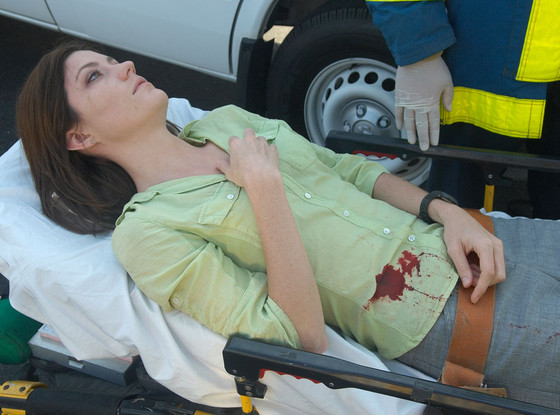 Read it below, and if you like it, share this dang link and let's get some traction for this ALTERNATE DEXTER ENDING CAMPAIGN we are hereby launching, with the hopes that someday Michael and Clyde can get together and shoot this alternate ending for an amazing viral video. And closure for Dexter fans. How incredible would that be?!

Here's the ending that could have been, as envisioned by Clyde Philips (who now runs Nurse Jackie , by the way):

"In the very last scene of the series," Philips explains, "Dexter wakes up. And everybody is going to think, 'Oh, it was a dream.' And then the camera pulls back and back and back and then we realize, 'No, it's not a dream.' Dexter's opening his eyes and he's on the execution table at the Florida Penitentiary. They're just starting to administer the drugs and he looks out through the window to the observation gallery. 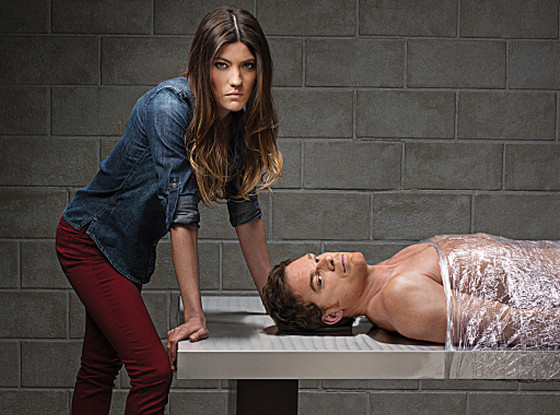 "That's what I envisioned for the ending of Dexter. That everything we've seen over the past eight seasons has happened in the several seconds from the time they start Dexter's execution to the time they finish the execution and he dies.  Literally, his life flashed before his eyes as he was about to die. I think it would have been a great, epic, very satisfying conclusion."

Oh, and three more great things to share from MCH's amazing Reddit, which was thoroughly enjoyable through and through:

On what Dexter is up to now: "coughs That's a good question. When we left him, he was... staring at the wall in a prison of his own making, and I think his self-imposed exile from the world continues. Though I imagine he's got a pretty serious itch he's aching to scratch."

On strange fan encounters: "Some people have volunteered to be a victim! And when I met Morgan Freeman, he said "Congratulations on your whole life." It was as if I were being invited to heaven by God himself!

On working with former wife Jennifer Carpenter (Deb) after the marriage ended: "It was challenging, inasmuch as we'd obviously gone through a lot. But ultimately, it was tremendously gratifying. The context of our relationship changed, but the relationship didn't end. And the fact that we were able to work together in a committed and intimate way and continue to tell a story that we both felt was worth telling meant a lot to both of us. We remain friends and I'm very thankful for that."

CLICK: See where Dexter ranks among the best and worst TV series finales of all time

TAGS/ Dexter , Watch With Kristin , TV , Top Stories
GET POP CULTURED!
*Email entered incorrectly. Please try again.
By subscribing to our newsletter you agree to the Privacy Policy and Terms of Use
Daily
Weekly