Matthew McConaughey on Being a Dad: ''It's the One Thing I've Always Wanted to Be'' 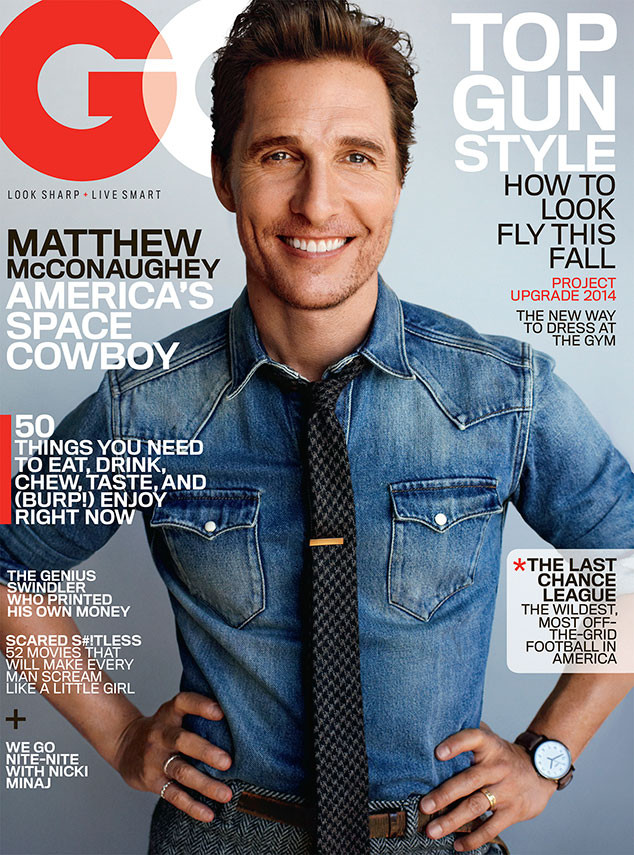 Despite his killer career that has spanned over two decades in Tinseltown, Matthew McConaughey has been able to maintain his laid-back attitude.

"I'm not going to apologize for enjoying what I do," the 44-year-old actor says in the November issue of GQ while flashing his megawatt smile on the cover.

Whether he's charming audiences with his head-scratching musings (alright, alright, alright!) or making us swoon in our favorite rom-coms (hello, How to Lose a Guy in Ten Days), McConaughey has never been scared of being typecast—and his relaxed approach to Hollywood has continually fueled his career.

"I've never had fears that I was stuck in one thing," he shares. "I'm sure we're going to talk about the years when I was in romantic comedies and I was seen as the guy who was on the beach, running around shirtless. I did that. Damn right that was me. I wasn't scared like, 'Oh God, I'm going to be stuck here.' But I was like, I understand at some point that that is in italics now. So I said, 'You know what? I'm not going to be openly presenting that for a while. I'm going to un-brand.'"

Un-brand he did indeed, moving away from romantic comedies and appearing in films such as The Lincoln Lawyer, Killer Joe, The Paperboy and Mud before he won his first Academy Award in 2013 for his portrayal of real-life AIDS patient Ron Woodroof in the film Dallas Buyers Club.

While McConaughey did successfully avoid being typecast, the thesp took a brief break from Tinseltown and "went away for two years" during the transition period of his career. During that time, his first child, Levi Alves, was born, and McConaughey adorably refers to his son as his "secret weapon."

WATCH: Check out the trailer for McConaughey's latest flick 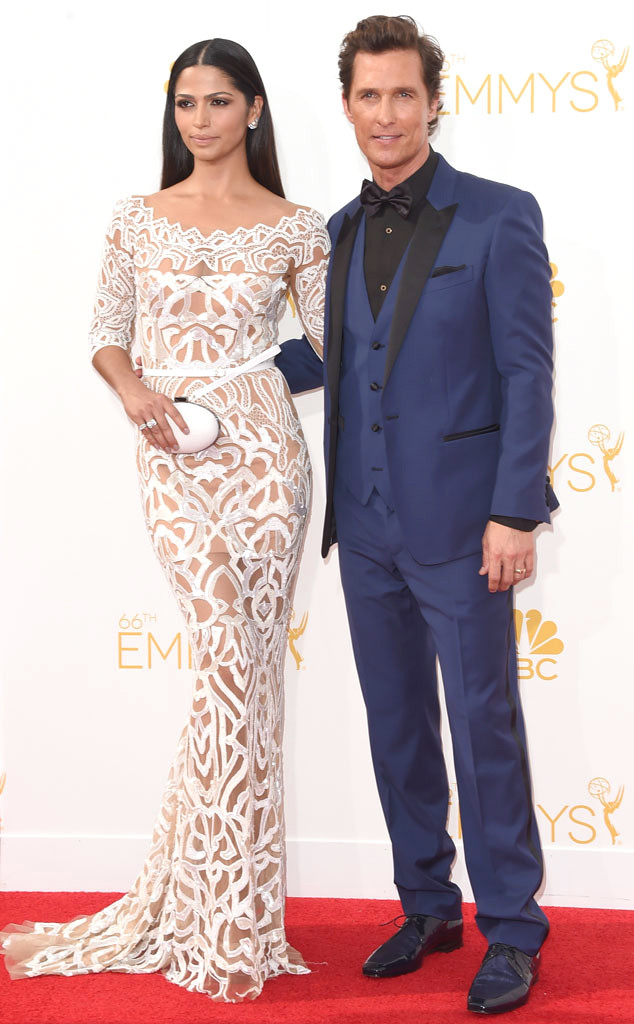 "It's the one thing I've always wanted to be," McConaughey says of becoming a father to his three children. "Never is a man more of a man than when he is the father of a newborn...You know what's important. I definitely got more selfish. And at the same time, I think I got more compassionate."

The good-looking A-lister, who admits he keeps a diary (a brown leather journal with a turquoise clasp, natch), also opened up about his marriage to wife Camila Alves, with whom he tied the knot in 2012.

"I had to get to the point where I saw it as more than just the thing to do," he says of marriage. "I wanted to really want to. You know, I didn't want it to be a destination; the fun is that we're on the adventure together. So I spent a lot of time with her. We talked about it spiritually. We did a lot of reading and talked to a lot of people that had been divorced, a lot of people that had been happily married. We talked to our pastor. In the end, our understanding was, Let's go make a covenant, with you, me, and God. And let's understand that this is not a destination, this is the beginning of an adventure that we're taking together."

Still, he admits of his beautiful wife, "Some of it had to do with her putting it on me. It took her going, ‘C'mon, Big Boy, Mr. Easygoing-We'll- Get-to-It-When-We-Get-to-It. Either s--t or get off the pot.'"