The Bachelorette Finale: Find Out Who Wins, Who Loses It, & Who Cries – Plus, a Fantasy Suite Secret Revealed! 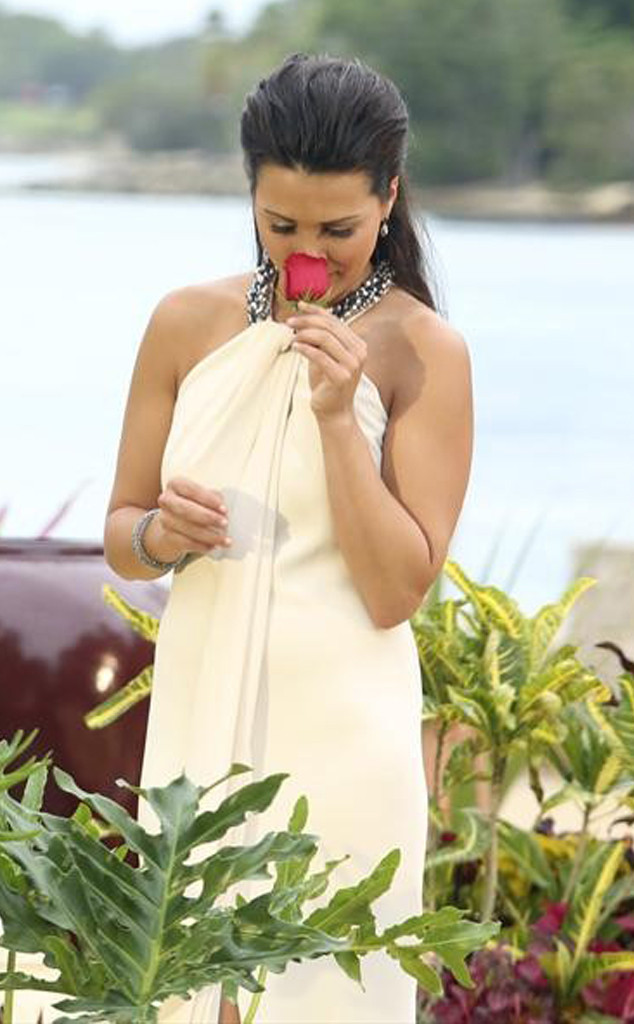 Phew! That was quite a finale! There were tears, there was a proposal, there was Nick, being as dramatic/creepy as ever, and we were absolutely riveted. We could write you a novel about tonight's three-hour special, but we managed to pare it down to just an essay.

First, it was time for the guys to meet Andi's family. Nick's (ugh) nerves made him quiet and awkward, while Josh was loud and intense, but the parents seemed to eventually approve of both. Both men asked for Andi's dad's permission to marry her, and he told them both the same thing: He would support whatever Andi's choice was.

For Josh and Andi's final date, they took a kiss-filled yacht trip through the Caribbean. They joked about boats and handcuffs, and it was cute. Josh read Andi a sweet letter and gave her a personalized baseball card with her name written as "Andi Murray." She's totally into it.

As we headed into a commercial break, Chris Harrison asked an intriguing question, after informing us that we were going to hear from the heartbroken man that Andi rejected: "Will he finally get the chance to confront her, following several attempts to do so already?" Creep alert! Does that sound like anyone we know?

For Nick's (ugh) final date, they did some off-roading, had a picnic, blah blah blah. Nick tells the camera that he needs her to find a way to tell him that he's the guy she's picking, because if he can't tell going into the final ceremony, he will not propose. Interesting, but also reasonable!

He doesn't know how to approach their final evening together, because he can't handle the fact that Josh is still in the picture. Their evening was awkward! He's quiet and weird (what's new?) but by the end of their talk, he seems super confident that he will be the one she picks. He gives her a necklace with a vial of sand from the beach where he said "I love you."

As Andi rambled about her tough decision, the B-roll involved both Nick and Josh greeting the morning shirtless. That was fun, we guess. The live audience certainly thought so. Whatever. We're tired of hearing the same things over and over again. Josh picks out a ring, blah blah blah, and Andi shows up at Nick's door! Ooh!

Nick looked terrified and confused, and Andi told him that she woke up feeling like something wasn't right. She says that the things she sees in the two of them are not the things she thinks are best for them.

NEWS: Find out what happened when Andi's men told all on last week's Bachelorette

Nick was not happy, obviously. He went on about how when she looked at him, he thought it meant something, and asked if it was really about them, or if it was about someone else. He says he woke up so confident. "Sometimes I feel like you took it too far," he says. He hopes she's a million percent sure. He gives her the saddest hug as she leaves.

For dramatic effect, it was raining outside as Andi walked away. Nick cried in the car, blubbering about how confident he was and how Andi took it too far. We might agree with that last part, to be honest.

After we left Nick in tears, Chris informed us that Nick has been trying to get in contact with Andi ever since that day, and that Andi has refused for some reason, but tonight she will have to face him! Ooh! Drama!

Now, onto happier things: Josh's speech begins with, of course, baseball, but it gets super cute and basically perfect, ending with him saying he wants to spend the rest of his life with her.

PHOTOS: Why you'll want to move into the Bachelor in Paradise house and never leave 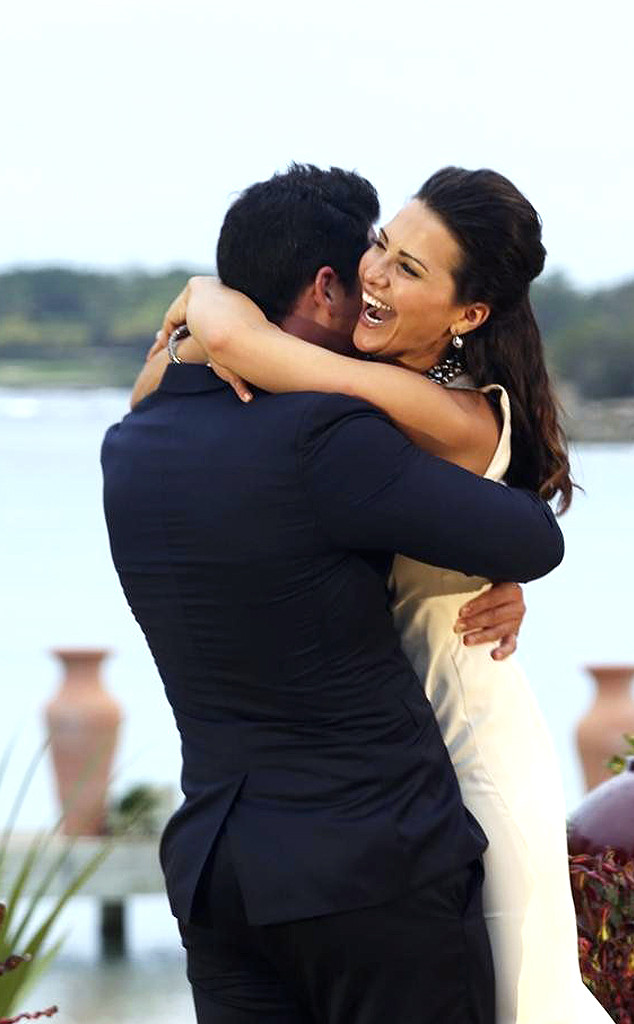 On After the Final Rose, we hear from Nick and his mother about how devastated Nick is after the break-up. Chris says he's never seen something like this on the show. Nick desperately wants to talk to Andi before the finale to tell her how he feels. He believes that Josh is completely wrong for Andi, and that she made a huge mistake. Andi, however, refused to talk to him at the Men Tell All, saying she's not ready. So Nick gives Chris a letter, saying he thinks things could change after she reads it. Yeah, ok, Nick.

Chris then brought Nick onstage, and Nick was very Nick-like, caught up in the romance of it all as opposed to just accepting that Andi made her own choice, and also that he's creepy.

Nick finally got his meeting with Andi live, on stage, and he sort of balks. He mostly just goes on about how he really cared about her, and admits that he thought he would have more to say. Andi tells him she thinks that he deserves someone who fully reciprocates his feelings, and he says that his problem is that he felt like Andi did reciprocate his feelings.

NEWS: Check out a preview of Bachelor in Paradise

Andi admits to Chris that she was never in love with Nick, and that while she and Nick had a great relationship, there was always a greater relationship that he couldn't compete with. Then, Nick pulled out the big guns, wondering, on live TV, in front of millions of people, why Andi would "make love" with him if she weren't in love with him. OH DANG.

Andi was not happy, and told him that was a thing that should have been kept private. She tried to tell him she had real feelings, but he wasn't having it. He left the stage, but it clearly wasn't on good terms.

She and Josh, however, seem blissfully in love. They denied the pregnancy rumors again, though Josh promised, "I'm trying!"

The night ended with a visit from Grumpy Cat, because of course it did.

So what did you think of the finale? Did the right guy win? Were you shocked by Nick's reaction, or did it seem very typical Nick? Have you enjoyed this journey through season 10 with us? Let us know in the comments!

TAGS/ The Bachelorette , Watch With Kristin , TV , Top Stories , Recaps
GET POP CULTURED!
*Email entered incorrectly. Please try again.
By subscribing to our newsletter you agree to the Privacy Policy and Terms of Use
Daily
Weekly