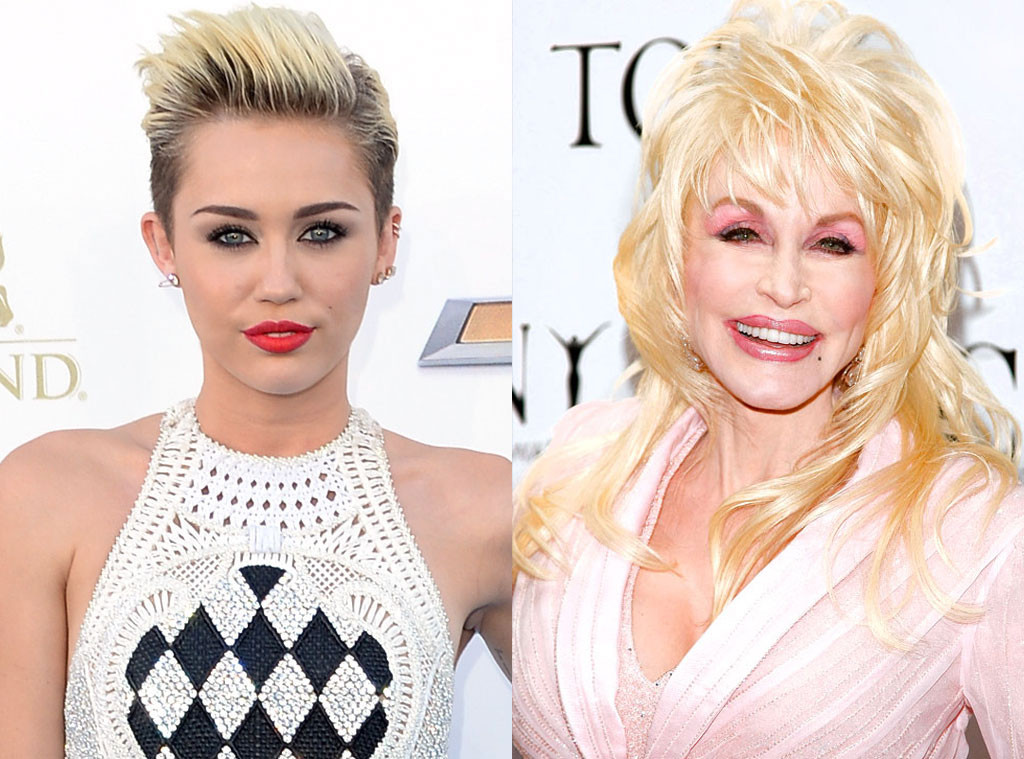 Who better than Dolly Parton to explain why Miley Cyrus made Time's 100 Most Influential People list? After all, the 68-year-old country music legend is the 21-year-old "Adore You" singer's godmother.

Other musicians who are being honored include Beyoncé, Carrie Underwood and Pharrell Williams. According to Parton, Cyrus' provocative persona—not to mention her image makeover—made her one of the most talked about stars of the last year. "If I didn't know how smart and talented Miley is, I might worry about her. But I've watched her grow up. So I don't. She knows what she's doing," Parton writes. "She was very proud of the work she did as Hannah Montana, but people were gonna leave her there forever. And she was just smotherin' and chokin' in it. So she felt she had to do something completely drastic. "And she did. She made her point, she made her mark, and more power to her."

NEWS: Has Dolly Parton ever told Miley Cyrus to tone it down?

Parton hopes people will pay attention to Cyrus' music and not her stunts. "'Wrecking Ball' is a great song. The whole album is great. So I'm hoping that now she can relax and show people how talented she really is," she says. "'Cause the girl can write. The girl can sing. The girl is smart. And she doesn't have to be so drastic. But I will respect her choices. I did it my way, so why can't she do it her way?" 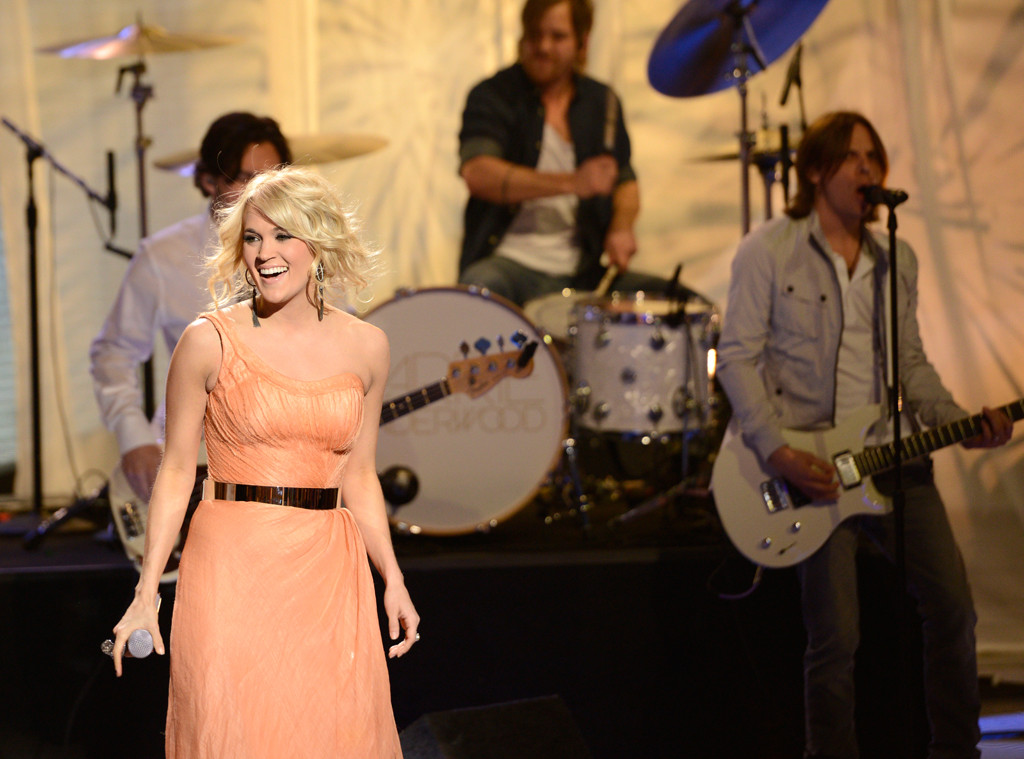 Underwood, meanwhile, uses her girl-next-door charm to her advantage. Brad Paisley honors the singer, writing, "I remember Carrie Underwood early on telling me how badly she wanted to earn her place in our industry. It was 2005, and she had just won American Idol and had her first No. 1 song."

"Fast-forward to 2014. Not only has she earned her place, she's also raised the bar: she's a prolific songwriter, a trendsetter and an Opry member. But it's her decency as a person that is so impressive. She's an advocate for causes like animal rights and the Red Cross. She has publicly challenged lawmakers when she's disagreed with them, and covered controversial issues in her music. She can sing the fire out of a song and tell a joke. I'm always amazed at her comedic timing and instincts when we co-host the CMA Awards. She has faith, a sense of self and loves a good challenge. When most singers tackle a Broadway musical, it's in front of a thousand people. She did it in front of 20 million."

"So many young girls want to be just like her. In that sense, I see hope for the world," Paisley writes. "If I had a daughter, nothing would make me happier than to hear her say she wanted to grow up to be like Carrie Underwood." 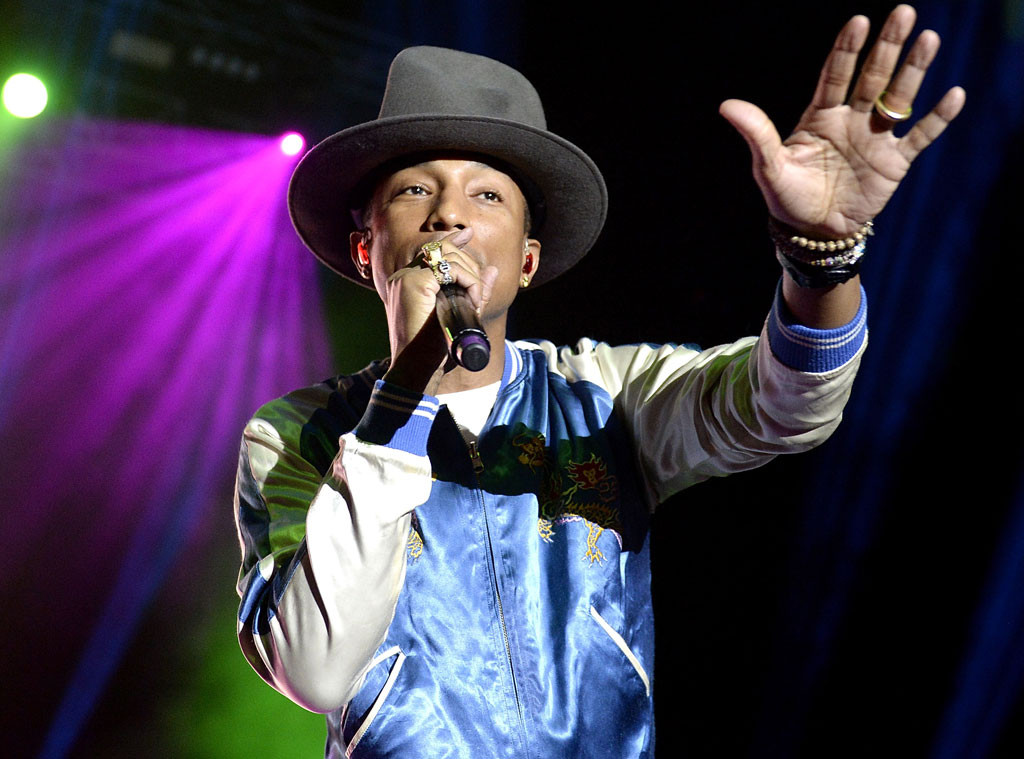 Justin Timberlake penned a piece about Williams, writing, "Pharrell Williams is having way too much fun. At 41 and still with the swagger and appearance of a college kid, he has been the biggest part of our soundtrack for the past 15 years. And you will never see him doing it without a smile on his face."

"When I decided to work on my first solo album in 2002, Pharrell was the first musician I spoke to. I was 21 and ready to say something to the world. But I needed someone to help me translate exactly what that something was. I knew from our first conversation that he was that person," Timberlake writes. "I will never forget how free and fun those sessions were. There were no rules, loads of laughs and music being created that made you feel like you could levitate. The collaboration I have with him is like no other. He made me fearless, and I've carried that with me the rest of my life."

"That's what Pharrell does. He injects that vibrant energy into the music in a way that you can feel. Whether it's the chord changes that remind you of another time or the melody that instantly grabs you, you are transported to another place. You smile, you dance, you clap along. His music actually does make you happy," he says. "Maybe that's why he still looks younger than the rest of us. Yep... Pharrell Williams is having way too much fun. And I don't know about you, but I hope he never stops."