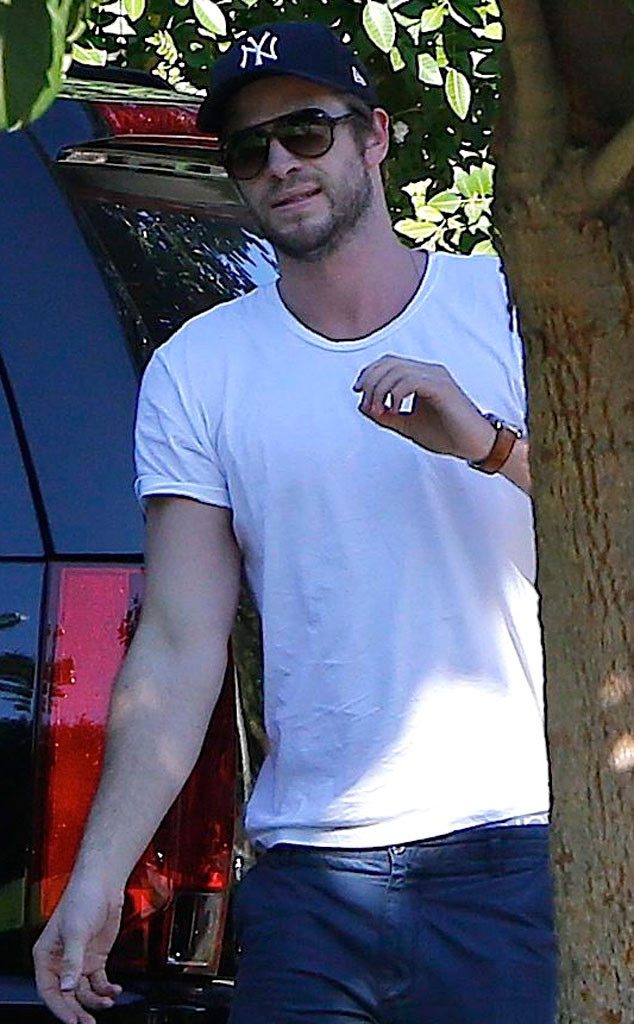 Just a few short hours after Miley Cyrus announced that she was splitting with her fiancé, Liam Hemsworth, the Hunger Games actor was spotted out in Los Angeles with Eiza González.

Hemsworth was seen exiting his home with the stunning Mexican singer and getting into an SUV in his driveway.

She initially got into the passenger seat of the car, but later hopped in the back while laughing.

Hemsworth opened the door for his rumored new love interest, but once he noticed the photographers, he quickly entered the driver's seat of the vehicle and drove off. 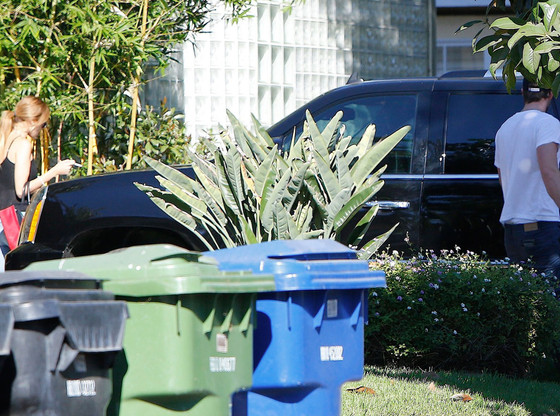 It looks like what happens in Vegas sometimes doesn't stay in Vegas.

The two were first seen together over the weekend, where the Aussie hunk was in town to watch the Floyd Mayweather-Saul Alvarez fight.

González and Hemsworth spent some quality time with one another at XS nightclub at the Encore hotel and reportedly partied together throughout the evening with a group of pals.

The 23-year-old daughter of former model Glenda Reyna looked stunning in a skintight strapless dress that showed off her killer body, and paired the little ensemble with a gold chocker necklace and a pair of gold spiked heels. The Paranoia star also looked handsome for the evening out, sporting jeans, a white T-shirt and a black button-down shirt.

It's still unclear just how single the actor was during his time in Sin City, but Cyrus had actually unfollowed him on Twitter by Saturday—just days before her rep confirmed that they had ended their 15-month engagement.

Hemsworth returned the favor and unfollowed his ex (he only follows 16 people, so it's super-easy to keep track) Monday afternoon.

Sources revealed that the couple's split was "Miley's decision, after coming to grips with Liam being what she believed was less than faithful to her."

The insider added that as of Monday, Hemsworth was in the process of finishing his move out of Cyrus' home.

Monday evening, however, Hemsworth showed up at the Chateau Marmont with his mother, Leonie, by his side. The two had a quiet dinner together—surely they had plenty to discuss! 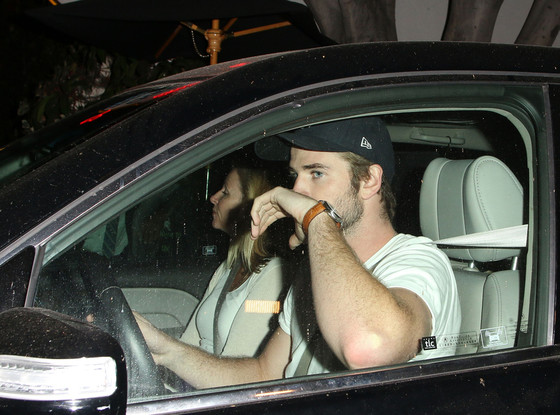 As for the "Wrecking Ball" singer, a source told E! News that she's "doing good," focusing on her career milestones as of late (including breaking records on Vevo) and is "excited to launch her album in coming weeks."

Coincidentally, she is scheduled to be in Vegas this coming Saturday to perform at the iHeartRadio Music Festival.

She'll be singing the record-smashing "Wrecking Ball" live for the first time—and we're going to bet that she makes the most of her leisure hours while she's there, too.

There's no legal age to twerk, is there?!

PHOTOS: Take a look back at Miley Cyrus and Liam Hemsworth's romance in pictures