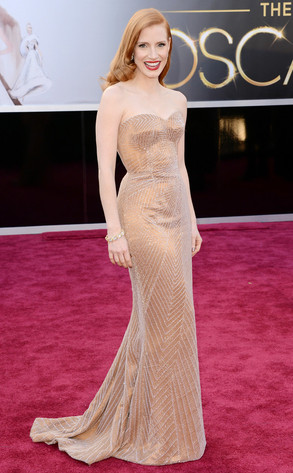 The 2013 Oscar Awards are going down tonight at the Dolby Theater in Hollywood, and that means the celebs are pulling out all the stops at the red carpet.

Find out what the stars had to share with Ryan Seacrest before heading into the show!

"I was in a field in North Carolina playing a Texan cowboy and it was a night shoot and I was procrastinating and bored. And I took my iPhone and sang my character's song on the iPhone."
—Eddie Redmayne on his Les Misérables audition

10 best dressed stars ever at the Oscars

"With Seth MacFarlane, you don't know what could possibly happen…Maybe people be getting naked, we'll see."
—Channing Tatum on possibly participating with a sketch (or more!) on stage during the show

"No, because they're older and more sophisticated."
—Nine-year-old Quvenzhané Wallis on whether or not she can believe that she's in the same category as her fellow Best Actress nominees

"Well, I just had a baby so, your hair gets all thick and I'm not looking forward to when you lose all the hair after the baby."
—Reese Witherspoon on her beautiful tresses

"I think it's gonna be fast-paced, it's gonna be very, very funny. I've seen a lot of his material that Seth is doing and, I mean, it's been making us all howl with laughter."
—Daniel Radcliffe on what we can expect from first-time Oscars host Seth MacFarlane 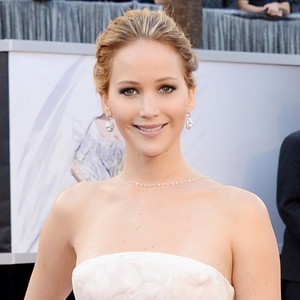 "I don't know, I was tired at that point, but I guess I put myself on a plane anyway and was like, ‘This is my dream. Why can't I get my dream?' And I did."
—Amanda Seyfried on auditioning for Les Misérables six times

"Today was stressful and I had no time to eat. I'm starving! Is there food here?"
—Jennifer Lawrence on not having time to eat before the show

"I hate talking on the phone. So, if you're thinking of calling me—don't, because I'd rather just have a text."
—Sally Field on texting with Lincoln costar Daniel Day Lewis

"I turned around and I'm like, ‘What's happening?'…I don't know, but I really wanna know what's happening over there."
—Melissa McCarthy on Jane Fonda looking 32 years old

Oscars predictions in every category!

"It still hasn't sunk in. No, I was just sitting here like, ‘Wait a minute, I have an Oscar?' Like, this is crazy."
—Jennifer Hudson on winning an Oscar for Dream Girls

"It takes her a little while to get ready, Ryan. I gotta give her her space…one of those things you learn after 13 years of marriage."
—Michael Douglas on Catherine Zeta-Jones getting ready for the Oscars

"I just look at pictures of you and try to figure out how to style my hair. Your hair looks amazing!"
—Anne Hathaway admiring Ryan's hairstyle

"It's the most freeing thing. I highly recommend it."
—Charlize Theron on buzzing her hair for a movie role 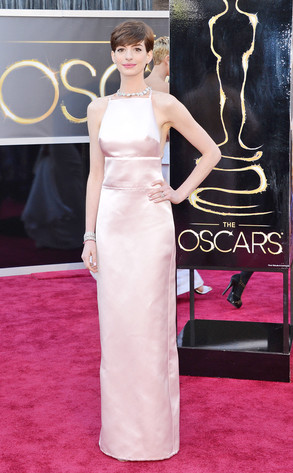 "She's really holding it together, I like it. She's a pro."
—Bradley Cooper on his mother answering interview questions

"I'm wearing a tux. I think it's Armani but you know…I wear the same tux."
—George Clooney on what he's wearing for the Oscars

"I knew I wouldn't get an acceptance speech, so I tweeted one. It's a good way to thank everybody without getting the award."
—Mark Ruffalo on his 17-tweet thank-you speech in the past

"My head would blow off if she actually does that tonight."
—Halle Berry on hoping Quvenzhané Wallis wins her Best Actress award

11 amazing things that could happen at the Oscars

"Don't touch me. Until the after party, let's get it in."
—Queen Latifah on her elaborate gown

"This has been a ride, man, that I will never forget."
—Hugh Jackman on his journey with Les Misérables

"Our family has already had a great day, so congratulations to our sweetie."
—Jennifer Garner on her and Ben Affleck's daughter winning her Spelling Bee earlier today

Check out all of the 2013 Oscar arrivals!