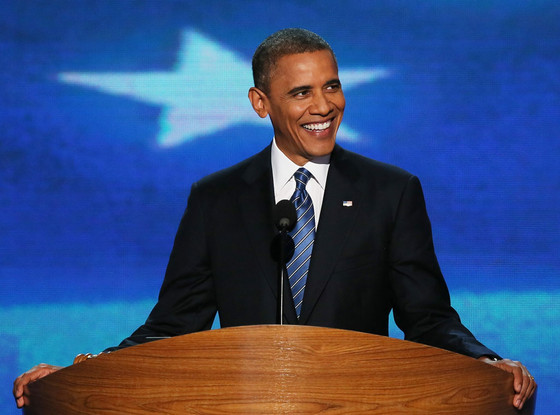 President Barack Obama has been reelected, the commander-in-chief topping former Massachusetts Gov. Mitt Romney in a contest that was close—but not nearly as close as many experts had predicted.

Do you think Hollywood had something to say about that, all the while the Romney campaign refusing to concede Ohio and its 18 electoral votes?

Within seconds of the race being called for Obama by most major news networks (including Fox News, though some of its own pundits resisted), the celebrity corner of the Twitterverse was on fire with reactions. Here's a mere sampling:

Donald Trump: "Our nation is a once great nation divided!...The electoral college is a disaster for a democracy...Hopefully the House of Representatives can hold our country together for four more years...stay strong and never give up!"

Jose Canseco: "What is there to celebrate. United states is a mess and no clown is qualified to get us back on track. All candidates are a joke"

Rob Thomas: "Everyone just keep hateful comments to yourself. If romney had won, I would have congratulated him as well and still said we need to move on"

Shonda Rhimes: "FOX news is amazing. Like they live in a magic land far far away from reality. You can not stop watching!"

John Cusack: "Real pressure from left will move the center back from far right --dem victory was less an endorsement of O but a repeal of far right"

Olivia Wilde: "AMERICA! You have spoken! Women! You have been heard! Young people! You proved them wrong! Tireless Obama volunteers! I THANK YOU!"

Simon Pegg: "Today's Sesame Street is brought to you by the number 2 and the phrase 'f--k you'."

MC Hammer: "America is making a huge statement !!! Humanity is primary.The people need access to medical care and we Appreciate and Respect Women !!!"

2012 Pop-culture election: All the results!

Fran Drescher: "We shud all b proud. We exercised r right as Americans. Th nation is a gr8 one! We cn join 2gether. Not let big biz & politicos divide"

Mark Ronson: "ROMNEY HQ looks like the chillout room at a RAVE. people laying all over the place on a massive comedown"

Eliza Dushku: I remember Mitt used to talk to us like that from the podium in church. Then he'd walk off & walk right over people. We can't have that.

Obama reelection memes, for the win!

Aziz Ansari: "Karl Rove bout to give a Suge Knight style BEAT DOWN to the dude who was supposed to rig the machines."

Sandra Bernhard: "'its been so hard on the children'#annromney imagine how it is tonight."

will.i.am: "All that travel, hard work and campaigning was worth it...and now its time to work even harder..."

Bill Maher: "Tea Party has now cost the Republicans 5 senate seats. My next donation is going to them."

Lea Michele: "Amazing election party tonight at@MrRPMurphy's house! And so glad we got to celebrate the re-election of OBAMA!!!#GObama"

Melissa George: "In Australia, just heard the great news about our president Obama ! You deserve to re-elected...you had me at hello..."