Snow White and the Huntsman Sequel: Is It a Smart Move for Kristen Stewart? 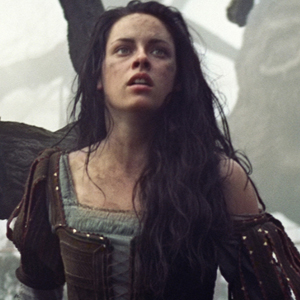 Mirror, mirror on the wall...a Snow White and the Huntsman sequel might be coming our way, y'all!

OK, so that rhyme is pretty awful, but still you get the point—the internet has been abuzz with talk of a SWATH sequel after the flick earned a whopping $56.2 million on its opening weekend. The fairy-tale follow-up is reportedly centered on Kristen Stewart and Chris Hemsworth (rumors are still swirling over the fate of Charlize Theron).

But is this really a smart decision for our beloved K.Stew who's just beginning to cement her Hollywood status after years of the dreaded Twilight curse?!

Probably not. And here's why.

Before you try to kill us à la evil queen Charlize Theron, we'll 'fess this wasn't Kristen's best performance. True, we were impressed with certain scenes and we loved the beginning and end of the flick, but the middle felt a little flat and K.Stew felt a little blah at times.

Now, don't go butcher Kris in the comments—in our humble opinion, Miss Stew is far better in this flick than all four of the Twilight films, but we simply don't think this is her best work as of late.

READ: Charlize Theron vs. Kristen Stewart: Who's Fairest in New Snow White and the Huntsman Photos?!

At least, in comparison to On the Road. An indie flick that brought K.Stew to Cannes and really challenged the babe's acting chops—and thus far, has earned the gal rave reviews. THR gushed that Kris is "perfect in the role" while Variety called her performance "warm" and "emotionally accessible." Compare that to the dismal Snow White reviews (Movie Line said Kristen was "feisty but boring") and it's easy to see which genre fits the babe best.

Then there's the whole Charlize factor—she is um, dead, if we remember correctly—and we simply can't imagine a sequel without the undeniable connection between Kris and Char. They were unbelievable stunning on the big screen and their quirky companionship throughout the press tour made the movie that much more entertaining.

But as for K.Stew's chemistry with Chris? Apologies to the hunky Hemsworth, but that falls into the flat category as well. We simply don't see the two of them together (leave that to R.Pattz) and a sequel based solely on their relaysh could be seriously disappointing.

Still, we're sticking by our initial thoughts—we enjoyed SWATH, found it totally entertaining and loved the three leading thesps (mostly because we just heart them so damn much) but we simply don't think the flick's got enough gusto for a sequel.

Kris, we say capitalize on your success and challenged yourself in new roles—you've done far too much of that sequel-ish to settle.

What do you think of K.Stew in a SWATH Part 2?

Sound off below with your thoughts in the comments!