Shrek's Donkey Done For? The Klumps Killed Off? Eddie Murphy Ready to Get Raw Again 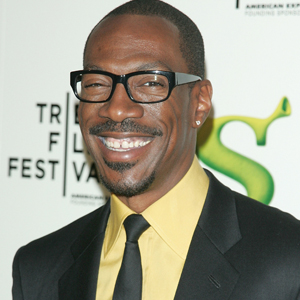 It's safe to say there will be no Norbit 2.

Making the publicity rounds in advance of his new comedy, Tower Heist, and to plug his upcoming stint as host of the Oscars, the usually press-shy funnyman is explaining why he's done making family films and is looking to reinvent his three decade-long career..

But the best news? Murphy's also mulling a return to his stand-up roots.

MORE: Five Reasons Eddie Murphy Could Save the Oscars

Regarding his habit of making kid-friendly flicks, the 50-year-old comic actor says in the new issue Rolling Stone out Friday that he plans to be pickier about the parts he plays, which means moviegoers shouldn't expect another Nutty Professor or Dr. Dolittle anytime soon, if ever.

"I don't have any interest in that right now," Murphy says. "There's really no blueprint, but I'm trying to do some edgy stuff. And I only want to do what I really want to do, otherwise I'm content to sit here and play my guitar all day. I always tell people now that I'm a semiretired gentleman of leisure, and occasionally I'll go do some work to break the boredom up."

One thing the comedian won't do however is a fourth Beverly Hills Cop—the film that made him a star—though he didn't rule out a small-screen version.

"They're not doing it. What I'm trying to do now is produce a TV show starring Axel Foley's son, and Axel is the chief of police now in Detroit, I'd do the pilot, show up here and there," Murphy says. "None of the movie scripts were right; it was trying to force the premise. If you have to force something, you shouldn't be doing it. It was always a rehash of the old thing. It was always wrong."

Here are some other tidbits this Distinguished Gentleman dropped in the interview:

• Regarding his reclusive reputation, Murphy calls the label is unwarranted:

"I leave my house all the time," he tells the magazine. "But I'm not at all the Hollywood parties. I'm grown, and where else am I supposed to be? I'm supposed to be home…If I were out in clubs every night, they'd be saying, 'That's a shame, look at him, 50 years old, he's still out at these clubs.' Recluses are nasty, with long nails, don't wash their ass. I'm too vain to be a recluse. But homebody, absolutely."

• On reports he walked out of the Oscars in a huff a few years back after losing out on Best Supporting Actor for Dreamgirls:

"What happened was after I lost, I'm just chilling, and I was sitting next to Beyoncé's pops, and he leans over and grabs me and is like, [solemn voice] 'There will be other times,' " recalls Murphy. "And then you feel [Steven] Spielberg on your shoulder going, 'It's all right, man.' Then Clint Eastwood walks by: 'Hey, guy…' So I was like, 'It's not going to be this night!' I didn't have sour grapes at all. That's another reason I wanted to host the show—to show them that I'm down with it."

MORE: So True? So False? Feud Be Damned, Is Eddie Murphy Really Returning to SNL This Weekend?

• Last but not least, fans will be delighted to hear him raise the possibility of getting back into stand-up:

"If I ever get back onstage, I'm going to have a really great show for you all. An hour and a half of stand-up and about 40 minutes of my sh-tty band," quips the Saturday Night Live alum. "But I haven't done it since I was 27, so why f--k with it? But that's just weighing both sides. It comes up too much for me to not do it again. It's like, when it hits me, I'll do it, eventually."

No doubt, his gig at the Oscars could be a good dry run.

TAGS/ Eddie Murphy , Movies , Interviews
GET POP CULTURED!
*Email entered incorrectly. Please try again.
By subscribing to our newsletter you agree to the Privacy Policy and Terms of Use
Daily
Weekly