The Bachelor Presents: Listen to Your Heart Week 2: Cheating Rumors and Love Squares 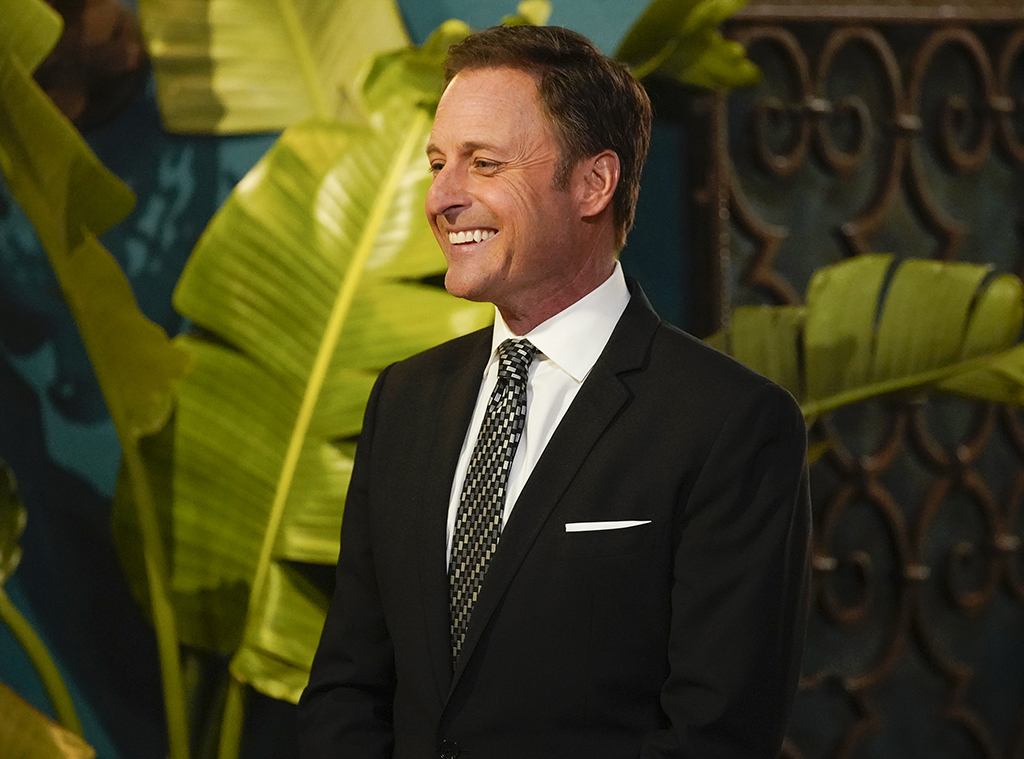 Week two of The Bachelor Presents: Listen to Your Heart and we just gotta say it's so much more fun to watch the women hand out roses.

Tonight, the men got to choose, and that meant the women had to start panicking and latching onto whichever man they think might give them the best chance of staying, even if he's a last resort. And while it is more fun to watch the women choose, tonight's rose ceremony did uncover at least one woman we're finding it very hard to root for right now, and sent home one of our faves in the process.

But before the ceremony, some real drama went down in the form of Trevor's dating history, and we just can't help but wonder if there was some behind-the-scenes manipulation going on to make this play out like it did... 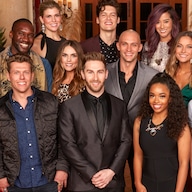 First of all, Jamie got a date card, despite the fact that she had already been on a date and most of the house had not. Sure, she went on a date after Ryan asked her, but still, she went on a date. And these dates aren't just dates—they're sort of dream experiences for musicians, like playing John Mayer's guitar or having Guitar Center all to themselves. Or at least most of them are. This time, Jamie and Trevor got to busk on Venice Beach, which Trevor used to do as a teen. Cute, but not exactly what musician dreams are made of.

Of course they had a great time, but things were getting more interesting back at the mansion when newcomer Natascha arrived and immediately wanted the dirt on everyone in the house. She quickly realized that she knew of Trevor thanks to his ex-girlfriend, and he was not good news. He was, according to her, a cheater and a liar. 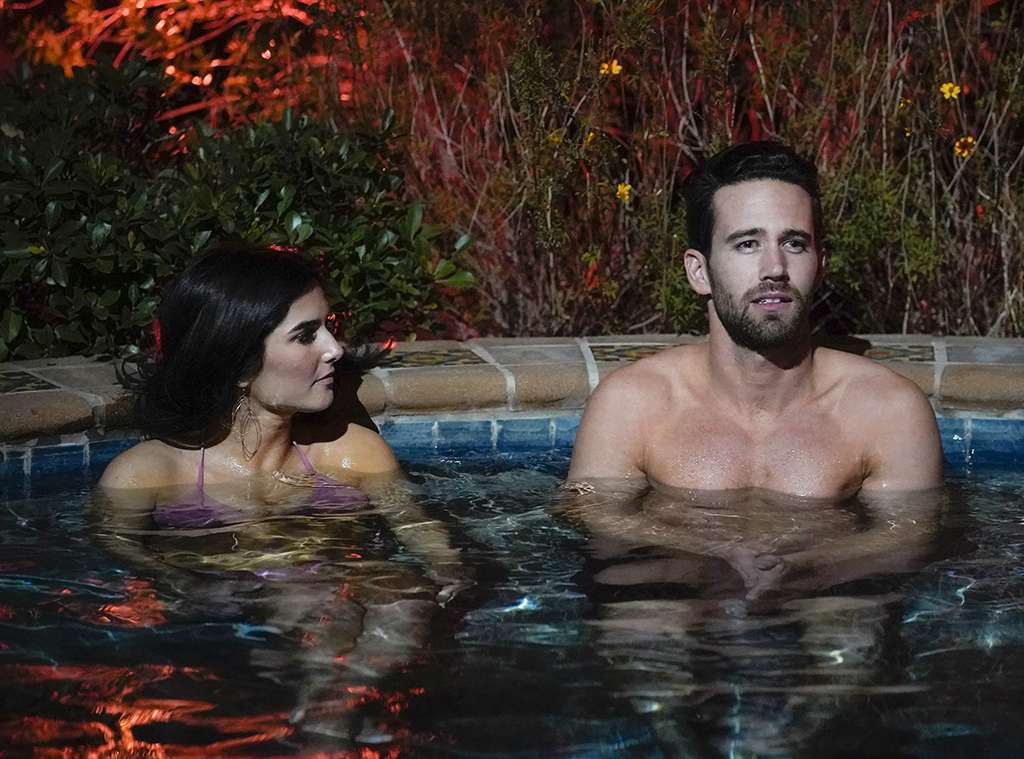 Meanwhile, one of the other girls was telling Jamie what Natascha had said. "I told him in the hot tub that I'd been cheated on in every relationship I've ever been in," Jamie cried.

She had also said in an interview that she couldn't see anything going wrong in this relationship, which is just exactly how you make sure something goes wrong in your TV relationship. 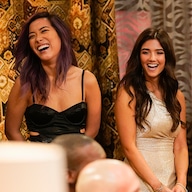 Trever then went to talk to Jamie, and somehow smoothed it over to the point where she was still happily accepting his rose, while Natascha got a rose from none other than Ryan, Jamie's episode one fling.

Natascha's connection to Trevor and perfectly timed arrival when he just happened to be on a date felt fishy to us, but she claims it was all legit.

"No, it was just genuinely like...it's kind of one of those things that you're like, this cannot be...it can't be this guy, right, you know? And they're like, it is. And I'm like, stop," she told us over the phone. "It was kind of one of those moments like, unbelievable, like, yeah, and then at that point, I was like, well, I know his ex girlfriend, like, here we go, you know. It was just shocking to me that he would be on the show. And I was like, Oh, God, like, what are the odds, you know?"

(More from Natascha to come.) 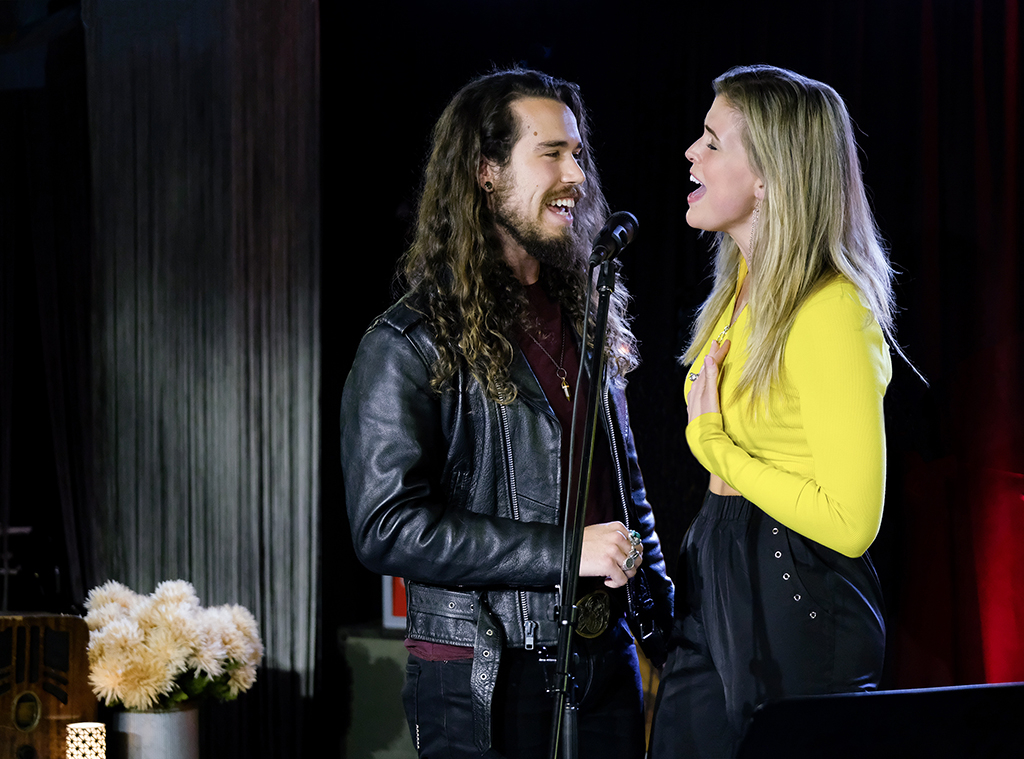 For some reason, half the mansion is obsessed with Brandon. Brandon's perfectly fine, but is he worth the love and affection of three women at the same time? Unclear. Cannot confirm.

Savannah, Mel, and Julia all had their sights set on him, though Julia had already been pretty cozy with Sheridan, who only has eyes for her. Clearly, Julia just isn't into Sheridan and can't admit it, but is she really into Brandon? We may never know.

"I need to be with Brandon, and that's all that matters," she said. Oof.

She seemed convinced it was Brandon who'd be giving her his rose and was at the point of wondering what Sheridan would do when that inevitably happened, while Mel just seemed to have no other options and was thinking she had a connection with Brandon that would save her from going home. 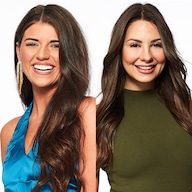 But in the end, Brandon (who went oddly early in the rose-giving process) gave his rose to Savannah, allowing Sheridan to give his rose to Julia (who "happily" accepted), and meaning Mel (devastatingly) went home.

Meanwhile we can't help but wonder what would have happened if Sheridan had gone before Brandon. If Sheridan had offered his rose when Julia thought she had a chance with Brandon, would she have said no? Would this all have played out differently?!

If we were running this thing we would have had Sheridan go first to force Julia to make a decision, but that's just us. 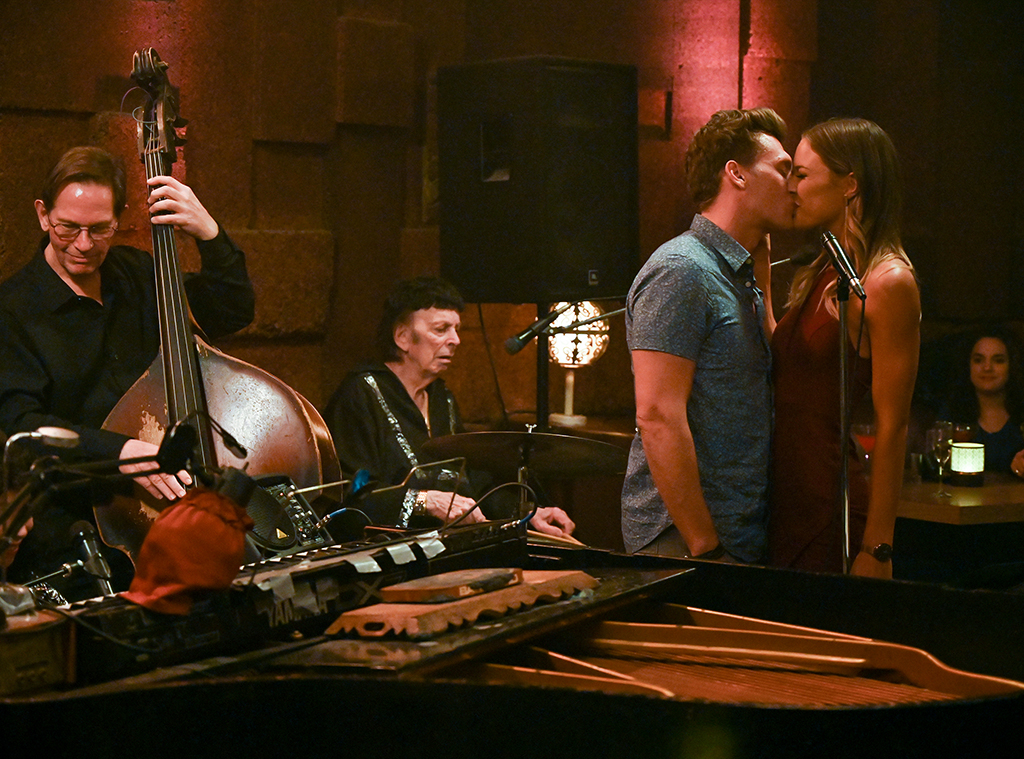 Whose Line Is It Anyway?

We'd just like to say we do not condone musical improv unless you are (or at least one of you is) literally Wayne Brady. And yet we had to witness Chris and Bri awkwardly make up a song on the spot while they explored the famous Sunset Blvd Guitar Center (It actually is famous).

But to be honest, not even that was as upsetting as Bri's story of her ex. She was engaged and shopping for her wedding dress, and when she found it, she excitedly called her fiance only for him to tell her not to buy it! Where is that horror movie version of Say Yes to the Dress?!

Anyway Chris and Bri are great despite that roller coaster we had to go on tonight. 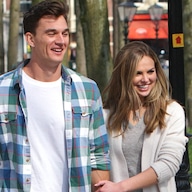 After last week's big fight over whether or not he said he was going to take her on a date, Matt and Rudi worked things out (for now). She's got his rose and they're making out, so good for them. Danny (who) picked Bekah (who), and that's also good for them.

Newcomer Ruby got a rose from Gabe, and Ryan kept Natascha, meaning two of the newbies got to stay while Mel, Mariana, and Cheyenne are all out and we'd like to express the opinion that this show in this format should not be sending people home. How are you supposed to decide if you like someone in two days? Then again, many of these people already feel like they're hardcore dating after two days, so what do we know?

We interviewed a handful of contestants just a few hours before they began filming, and we asked what they were looking for and what they were hoping for out of this experience. Here's what Mel told us: 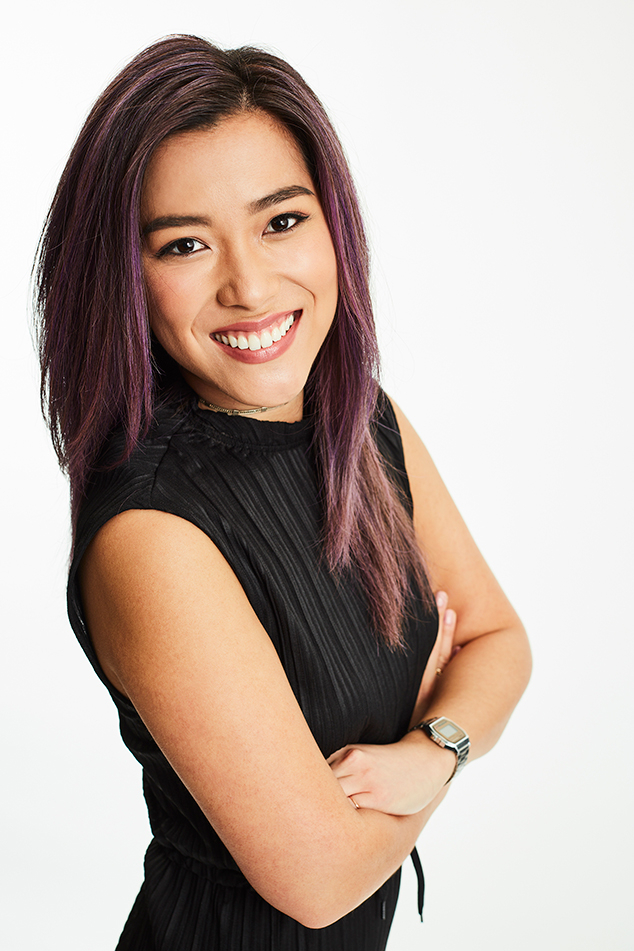 What are you looking for in a person?

"I think in a world of musicians, it's really hard, right off the bat to find someone very real. Any industry, right. And so someone who is comfortable enough with themselves to be genuine with you. Like if I say, How are you, it's, you would know, oh, she actually wants to know hi and it's not just like, you know, and then he would answer, genuinely how he is, you know, and just have that good structure and like rock to start by, just, you know, I think that's what I'm going to vet today is, 'How's your day man, what's going on? How are you?' And if I don't get a genuine answer if I get like a cocky like, 'oh you know,' like kind of like stupid, made up, not genuine answer I think I'm gonna really consider that. But genuine, honest. I'm not worried about the good looking part because national TV and I know everybody that they chose is fine on that category, or at least I'd like to assume. Talent is definitely on there but I also know that they're going to be talented too. This is a national TV show..." 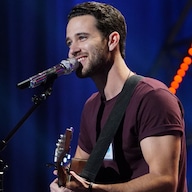 Why Hannah Brown Is Feeling "Triggered" By This Bachelor: Listen To Your Heart Contestant

Any anxiety over dating another musician?

"Oh yeah. F--k yeah. Dating musicians is definitely difficult, you know, it's so easy to fall in love with someone else's craft and to forget about the things that make them them. And so you can sing a song to me in the buff while I'm making your scrambled eggs how you like them, right, and I can fall in love with you, but at the end of the day when I take away your music and I take away your craft and I take away all the distractions, who are you really? So I'm definitely worried about that. It definitely goes back and forth too. I've definitely had people fall in love with me simply because of my craft and when it all came down to it, when it was stripped away, it didn't end up working out, so that'll be interesting..."

And what are you hoping to get out of this, besides love?

Let's hope she got that metaphor!

Stay tuned for more on The Bachelor Presents: Listen To Your Heart, specifically from Natascha herself...