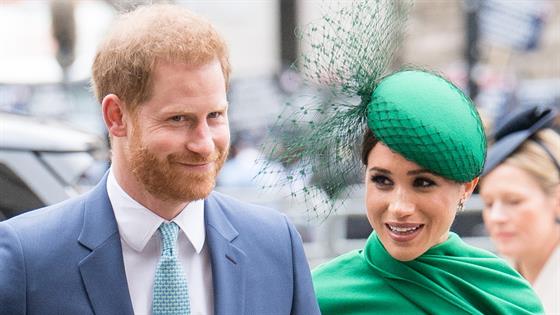 President Donald Trump says the United States will not pay for Meghan Markle and Prince Harry's security protection, now that they are residing in the country.

A source confirmed to E! News on Thursday that the Duke and Duchess of Sussex recently flew to the U.S. and  settled into a "large" home in the Los Angeles area, where she was born and raised. The two, parents to 10-month-old son Archie Harrison, had spent the last few months living in Canada, during which they announced their plan to leave the monarchy as "senior royals." Their royal exit takes effect this week.

"I am a great friend and admirer of the Queen & the United Kingdom. It was reported that Harry and Meghan, who left the Kingdom, would reside permanently in Canada. Now they have left Canada for the U.S. however, the U.S. will not pay for their security protection," Trump tweeted on Sunday. "They must pay!"

"The Duke and Duchess of Sussex have no plans to ask the US government for security resources. Privately funded security arrangements have been made," a spokesperson for the couple said in a statement to British press following Trump's tweet.

During their time in Canada, the Sussexes were under the protection of the Canadian Royal Mounted Police, by request of the U.K.'s Metropolitan Police. In February, a month after they announced their royal exit plans, Canada's Office of the Minister of Public Safety said, "The assistance will cease in the coming weeks, in keeping with their change in status."

The U.K. tabloid the Daily Mail had on Saturday quoted a royal source as saying that the United States and the United Kingdom have had a long-standing reciprocal agreement when it comes to bodyguards protecting diplomats and royals, but that after the Sussexes leave the monarchy, Harry will no longer he considered an "international protected person."

"Someone is going to have to ask the State Department, and ultimately the decision rests with Donald Trump, for assistance," the source said. "Harry cannot live in the U.S. without armed protection."

The source said that if Trump refused, the duke and duchess would "have to pay for private security or the U.K. will continue to foot the bill." 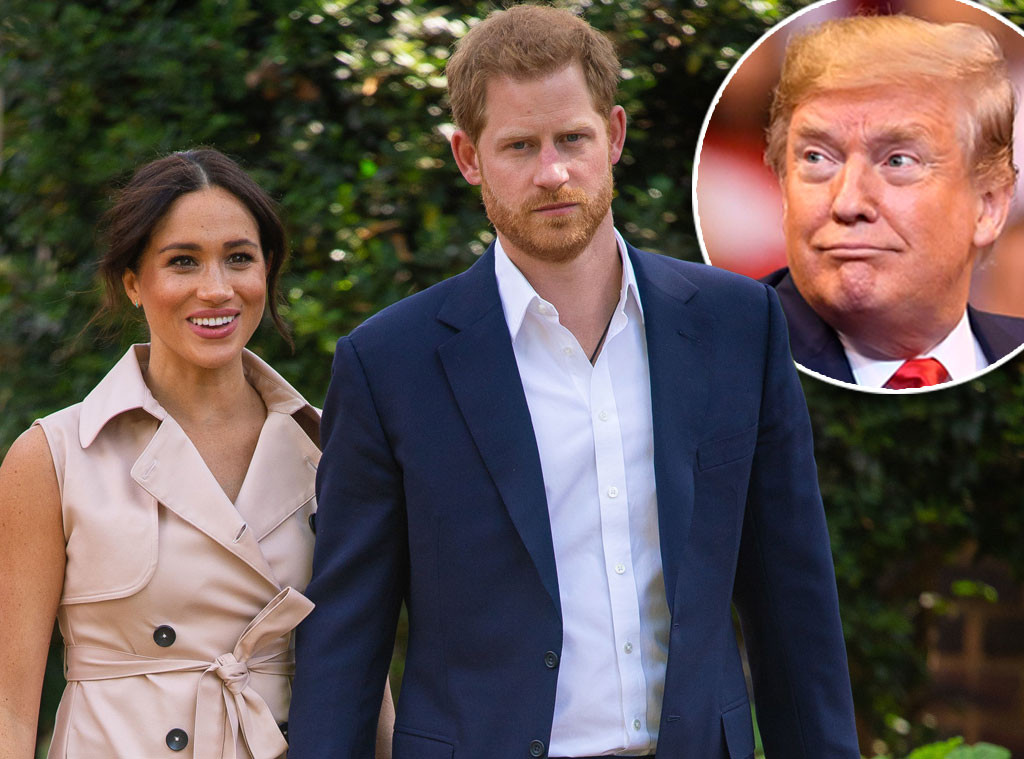 Before he was elected president in 2016, and before Meghan married into the royal family, whose members are not allowed to express political opinions in public, the former actress was an outspoken critic of the U.S. Republican leader.

In a 2016 appearance on The Nightly Show with Larry Wilmore, she called Trump "divisive" and "misogynistic" and said that she may stay in Canada, where she filmed Suits at the time, if he became president.

Last June, Trump visited the United Kingdom and met with members of the royal family. Meghan, who was on maternity leave at the time, was not among them. In a recorded interview with The Sun posted days earlier, Trump was asked if he was sorry he would not be able to meet the duchess, "because she wasn't so nice" about him during the presidential campaign.

Trump later tweeted, "I never called Meghan Markle 'nasty.' Made up by the Fake News Media, and they got caught cold!"