Normani is speaking out on Camila Cabello's past racist posts.

The 23-year-old singer reacted to the resurfaced Tumblr posts, which featured offensive memes and comments, in a new interview with Rolling Stone.

"I want to be very clear about what I'm going to say on this uncomfortable subject and figured it would be best to write out my thoughts to avoid being misconstrued, as I have been in the past," Normani wrote in an email to the magazine. "I struggled with talking about this because I didn't want it to be a part of my narrative, but I am a black woman, who is a part of an entire generation that has a similar story."

She then wrote, "I face senseless attacks daily, as does the rest of my community."

"This represents a day in the life for us," she continued. "I have been tolerating discrimination far before I could even comprehend what exactly was happening. Direct and subliminal hatred has been geared towards me for many years solely because of the color of my skin. It would be dishonest if I said that this particular scenario didn't hurt me. It was devastating that this came from a place that was supposed to be a safe haven and a sisterhood, because I knew that if the tables were turned I would defend each of them in a single heartbeat. It took days for her to acknowledge what I was dealing with online and then years for her to take responsibility for the offensive tweets that recently resurfaced. Whether or not it was her intention, this made me feel like I was second to the relationship that she had with her fans."

Camila apologized for the posts, which were reportedly shared in 2012, after they resurfaced in December.

"When I was younger, I used language that I'm deeply ashamed of and will regret forever," she wrote on social media. "I was uneducated and ignorant and once I became aware of the history and the weight and the true meaning behind this horrible and hurtful language, I was deeply embarrassed I ever used it. I apologized then and I apologize now. I would never intentionally hurt anyone and I regret it from the bottom of my heart. As much as I wish I could, I can't go back in time and change things I said in the past. But once you know better, you do better and that's all I can do."

The "Havana" artist then claimed she's "grown and learned and am conscious and aware of the history and the pain it carries in a way I wasn't before."

"Those mistakes don't represent the person I am or a person I've ever been," she added. "I only stand and have ever stood for love and inclusivity and my heart has never, even then, had any ounce of hate or divisiveness. The truth is I was embarrassingly ignorant and unaware. I use my platform to speak out about injustice and inequality and I'll continue doing that. I can't say enough how deeply sorry and ashamed I feel, and I apologize again from the bottom of my heart."

I’m sorry from the bottom of my heart. pic.twitter.com/iZrnUawUAb

In her email, Normani wrote she didn't "want to say that this situation leaves me hopeless because I believe that everyone deserves the opportunity for personal growth."

"I really hope that an important lesson was learned in this," she continued. "I hope there is genuine understanding about why this was absolutely unacceptable. I have spoken what is in my heart and pray this is transparent enough that I never have to speak on it again. To my brown men and women, we are like no other. Our power lies within our culture.  We are descendants of an endless line of strong and resilient kings and queens. We have been and will continue to win in all that we do simply because of who we are. We deserve to be celebrated, I deserve to be celebrated and I'm just getting started." 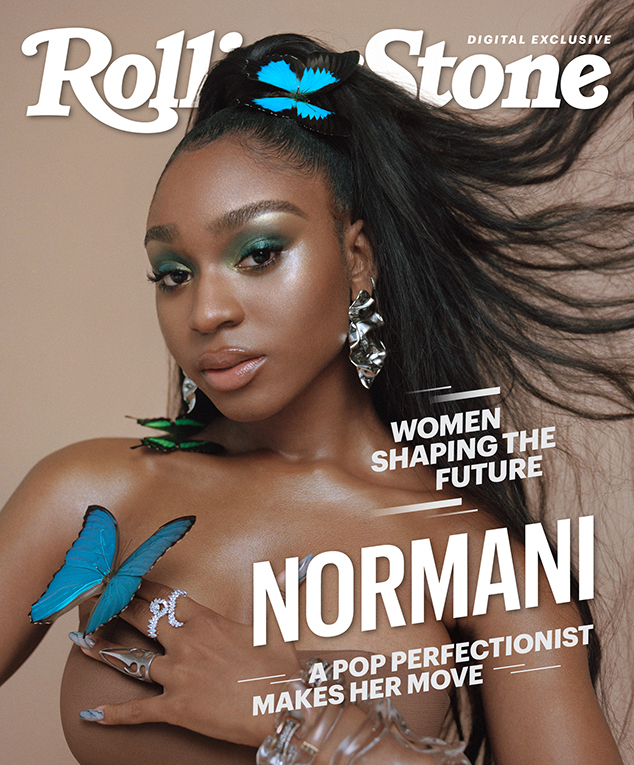 During the interview, the "Motivation" star, who was in Fifth Harmony with Camila, also recalled being targeted by racist trolls. According to Rolling Stone, Normani was bullied and received death threats after Harmonizers believed she had thrown shade at Camila by calling her "quirky."

"She's still scarred from that," her father, Derrick Hamilton, told the publication.

While Camila came to her defense on Twitter, Normani's bandmates still didn't quite know how to handle the situation. As Normani put it, it was "them not knowing how to be there for me the way that I needed it because it wasn't their own experience, and because when they look at me they don't see me."