Once Upon a Time...in Hollywood...Brad Pitt was almost the star of these massive movies.

After a career filled with iconic performances, Pitt, 56, finally took home his first-ever acting Oscar at the 2020 Oscars on Sunday night, winning Best Supporting Actor for his celebrated turn as Cliff Booth in Quentin Tarantino's Once Upon a Time...in Hollywood.

The film marked the first time Pitt and Leonardo DiCaprio, one of Hollywood's other most celebrated leading men, worked together, an on-screen collaboration that excited industry insiders and fans alike. But the two actually came this close to starring in a hit film over a decade ago before Pitt ultimately decided to drop out, believing he was "too old" for the role. Yes, really.

But it wasn't the only time Pitt has almost starred in an iconic role that ultimately ended up going to another actor, as the superstar could've been the face of not one but two major action movie franchises in an alternate universe. The person who definitely benefited from Pitt's decisions not to star in certain movies? One of his Ocean's 11 co-stars, who ended up snagging two massive roles, including one that launched a billion dollar franchise. 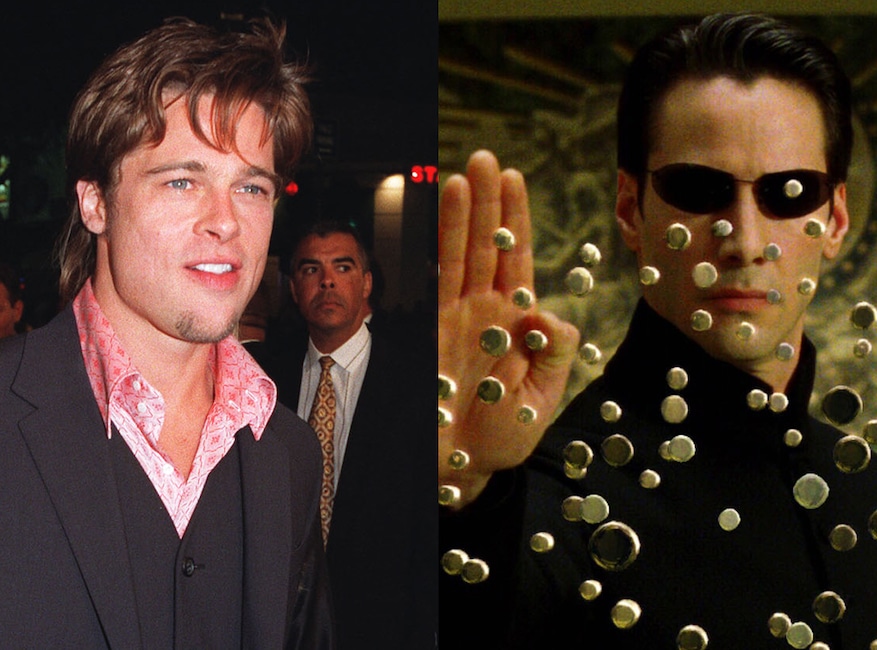 Pitt was almost the One.

"I did pass on 'The Matrix," the superstar recently admitted at the Santa Barbara International Film Festival in January. "I took the red pill. That's the only one I'm naming…I wasn't offered two or three. Only the first one, just to clarify that."

As we all know, Keanu Reeves went on to be Neo, and is currently filming the fourth film in the franchise, though producer Lorenzeo di Bonaventura once revealed Will Smith, Leonardo DiCaprio and Sandra Bullock were all in consideration in addition to Pitt. 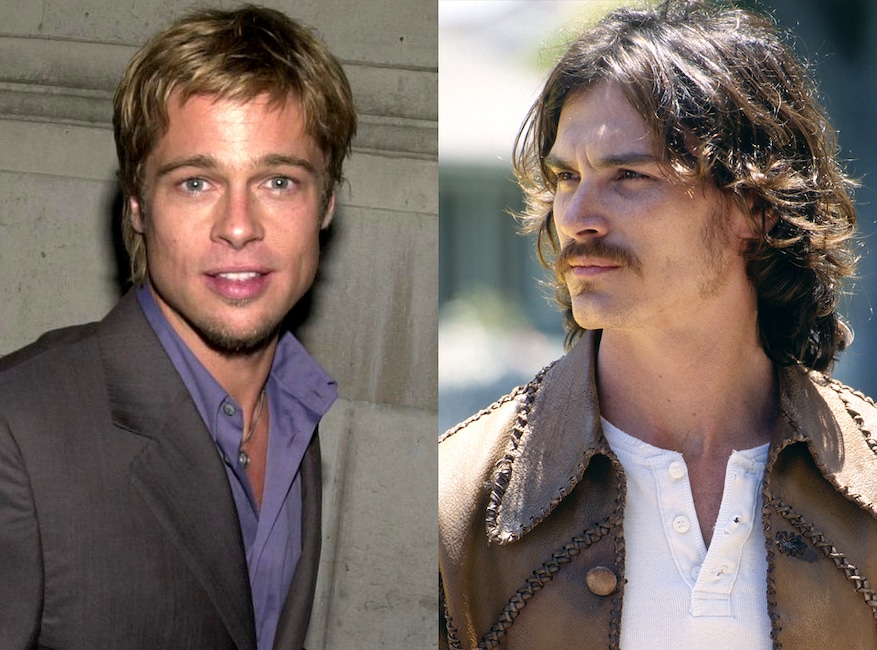 While it's hard to imagine anyone but Billy Crudup as Russell Hammond in Cameron Crowe's 2000 classic Almost Famous, Pitt was originally set to play the complicated rocker. But, according to the writer and director, who wrote the part with the star in mind, Pitt worked with Crowe for months before ultimately leaving the project, making way for Crudup to have his breakthrough performance.

"His head was still in Fight Club and the part was a little underwritten. It was the most underwritten in the script, and he couldn't trust it enough," Crowe told AL.com in 2014. "I've talked to him since. I love the guy. I think he's hilarious, and I thought he would have been funny in the movie. If I had waited a few more months, he might have come around to it, but we had to get going. But Billy Crudup worked out great." 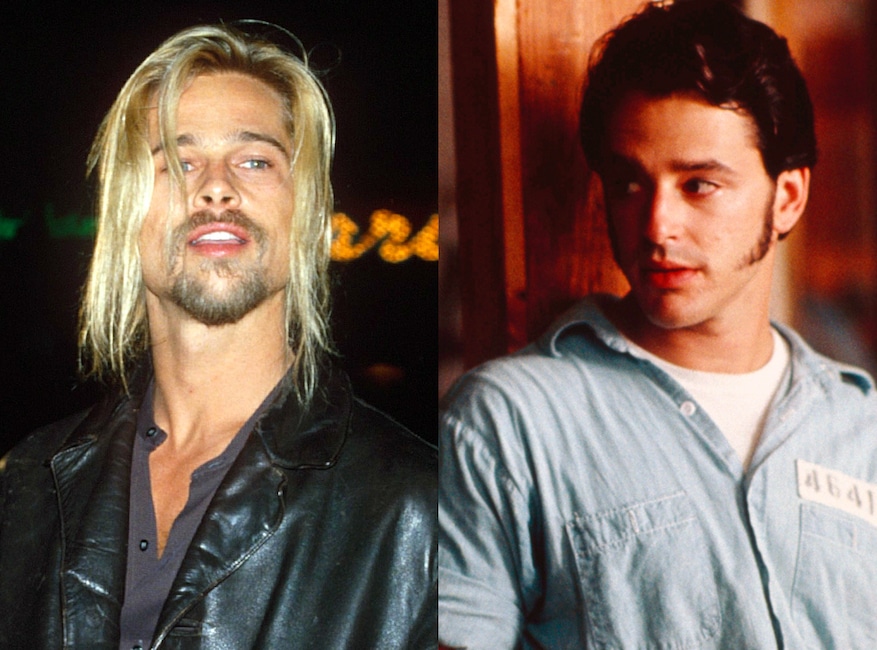 While it's widely considered one of the best films of all-time, Pitt infamously pulled out of the movie, with Gil Bellows ultimately taking over the small but pivotal role of prisoner Tommy.

"These are the adventures in castings," director Frank Darabont told USA Today. "But it would be really fun to bump into Brad Pitt and say, 'Weren't you that guy?' I'd love to give him a little (grief) about that just for fun."

After just landing his breakout role in Thelma & Louise, Pitt ultimately decided to star in Interview With the Vampire over Shawshank. And he told the publication he had no regrets.

"It would have been kind of cool to be in, but I'm not a regret guy in that way," he explained. "I just believe in the way things work out, and that was someone else's role. Even the feeling of, 'Ooh, that would've been nice' would redirect a choice later down the road. So it all works in tandem in that way." 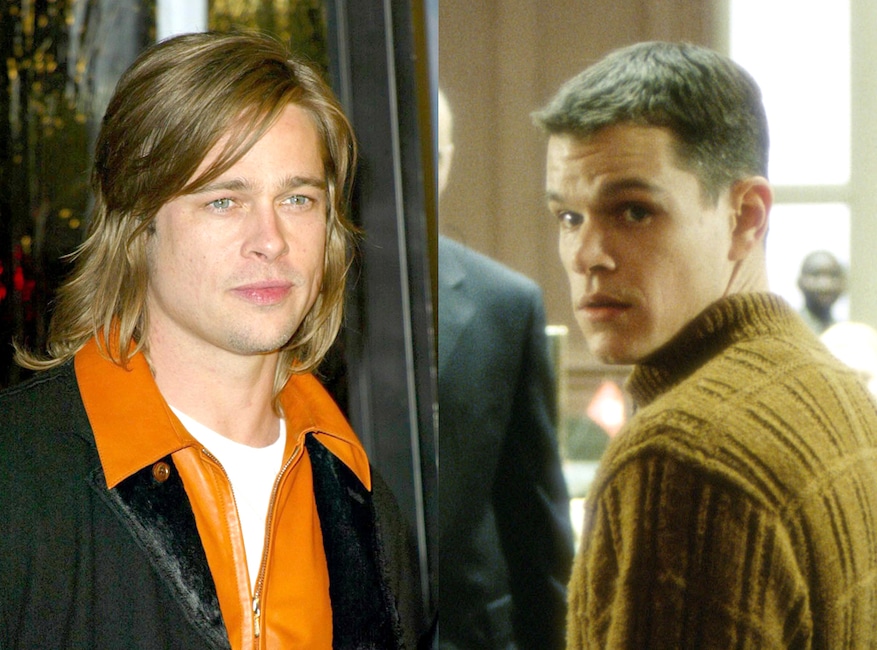 After working together on Ocean's 11, Matt Damon ended up snagging the lead role as spy Jason Bourne in The Bourne Identity after Pitt became unavailable, ironically, due to his commitment to Spy Game. After he reportedly passed, Damon received the offer that would result in a major movie franchise that has grossed over $1.6 billion worldwide. 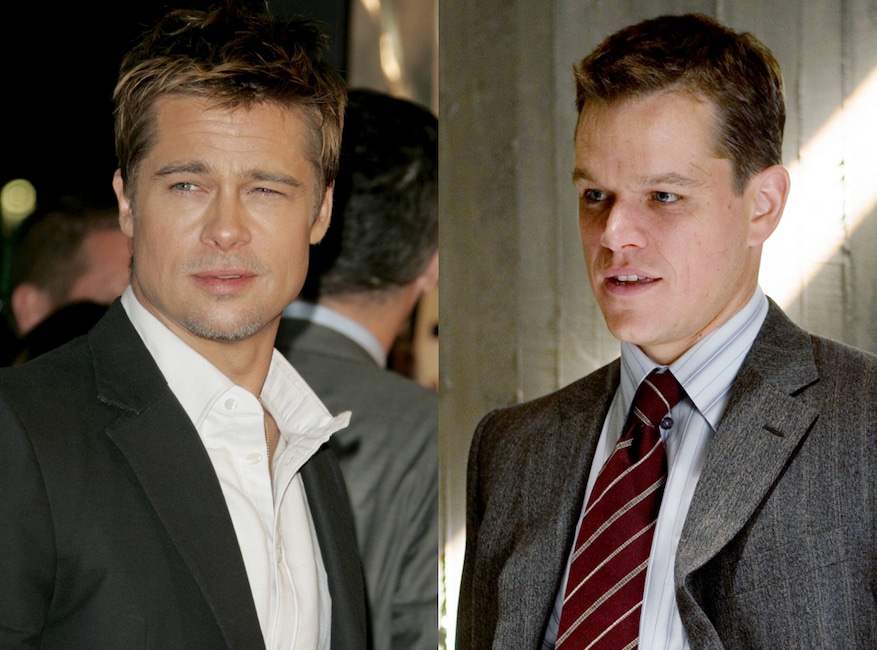 Did you know Pitt and Leonardo DiCaprio almost worked together years before finally collaborating on Once Upon a Time…in Hollywood? Pitt had originally bought the rights to remake the Hong Kong hit Internal Affairs, which ultimately became The Departed, with Pitt slated to play Sullivan. But when the star dropped out, saying a younger actor should play the part—"I thought I was too old for it," he told Interview—Matt Damon once again filled in, with Pitt remaining a producer on the film. 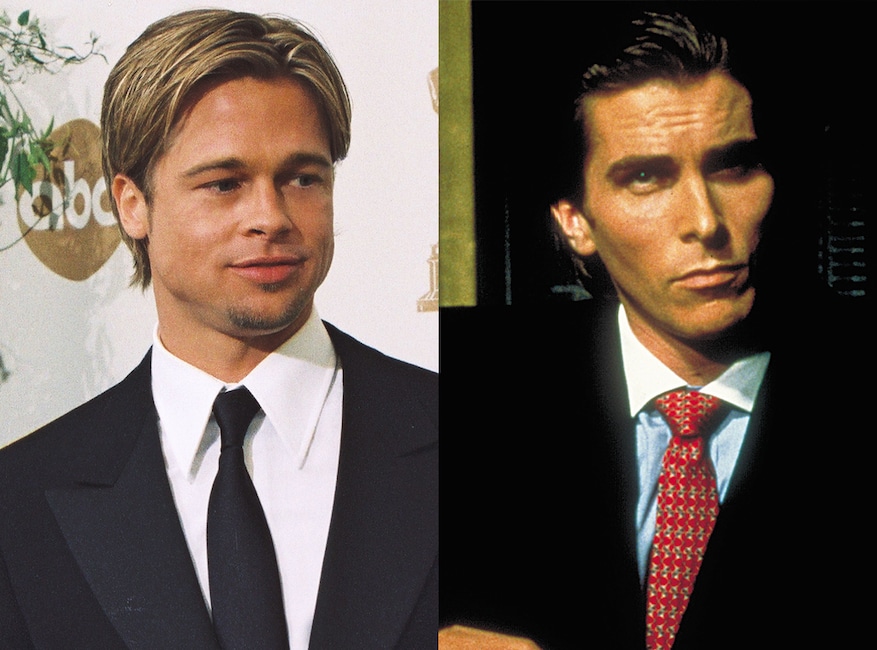 While Christian Bale ultimately took on the murderous role of Patrick Batemen, turning in one of his most memorable performances, an earlier version of the film was set to star Pitt and be directed by David Cronenberg before creative differences halted the project.

"Yes, in the early Nineties with a young actor attached named Brad Pitt. David was lovely—is lovely, I still like David—but he had strange demands. He hated shooting restaurant scenes, and he hated shooting nightclub scenes," writer Bret Easton Ellis revealed to Rolling Stone. "And he didn't want to shoot the violence. I ignored everything he said. So of course he was disappointed with it and he hired his own writer; that script was worse for him and he dropped out." 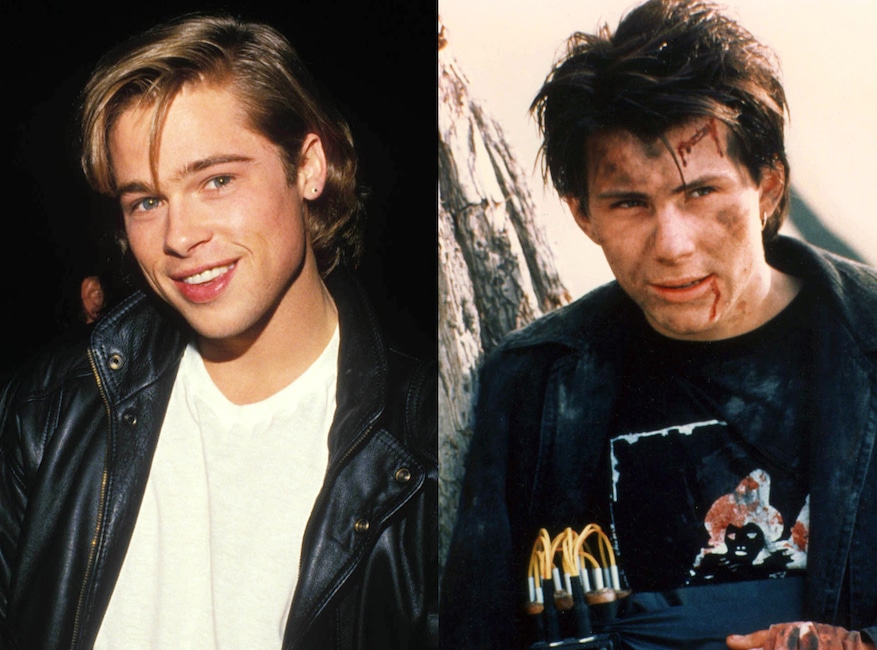 Wanna go get a Slushie?

While he never technically auditioned for the part, there is a tape out there of Pitt reading the iconic role of J.D., which ultimately went to Christian Slater, at a  table-read of Heathers ahead of its 1988 release.

"We just gathered actors that we knew and friends that we had to read the roles. And an actress named Stacey Travis—who was a friend of ours—was in an acting class and we didn't have anybody to read the part of J.D," director Michael Lehmann explained to Fandom. "So we asked Stacey and she brought this young kid from her class. A good looking kid, he cold-read part of J.D. in the table-read, and years later I found out if was Brad Pitt."