The Real Housewives and Their Shady Significant Others 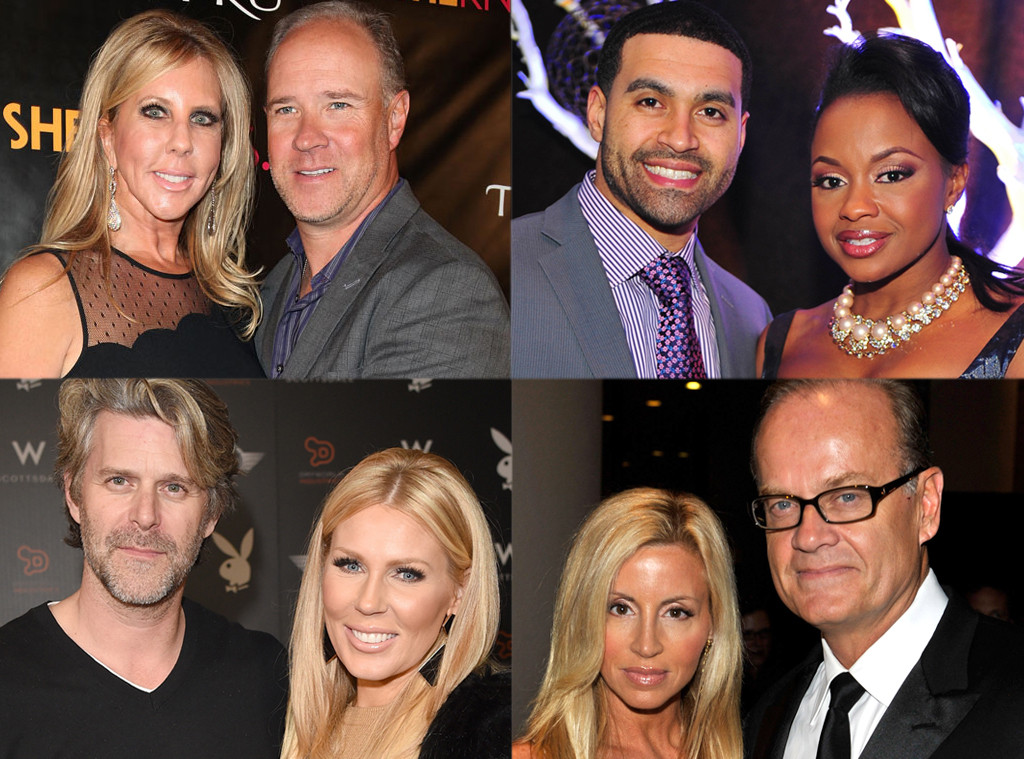 Where fame and money go, shadiness often follows, and the Real Housewives are certainly no exception.

Some couples are still together, but others are a distant memory, memorialized here in this gallery of the Real Housewives' Shadiest Significant Others. In the mood for a famous actor leaving his wife less than a season in? Or a husband or two in prison for fraud? What about a guy faking cancer and abusing his girlfriend?

You can find all of them here, if you just scroll down!

Real Housewives Who Have Powered Through Heartbreak

Currently, a whole bunch of Real Housewives and fellow Bravolebrities (and hopefully very few shady husbands) are gathered in New York City for BravoCon, the first ever convention for all of Bravo. The festivities began today and continue through the weekend, including some big reunions and the biggest episode of Watch What Happens Live ever.

Stay tuned to E! News to get the biggest news coming out of the weekend! 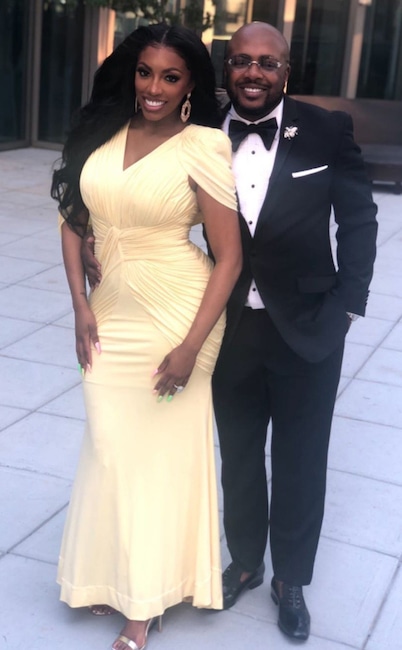 At first, fans thought Porsha Williams found her happily ever after with the businessman. Ultimately, Kandi Burruss' initial concerns turned out to be valid after infidelity rumors surfaced. Dennis would later deny any such claims. "These false and slanderous allegations against me are made solely to damage my reputation, jeopardize my ongoing businesses, and negatively impact my family," he shared. 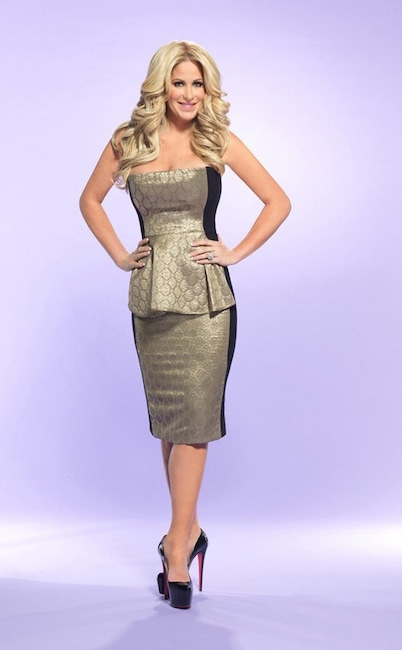 Yes, that's a photo of RHOA's Kim Zolciak. And that's only because the married sugar daddy who bankrolled her life for her first few seasons was never seen on cameras, for obvious reasons. Sleazy and secretive. 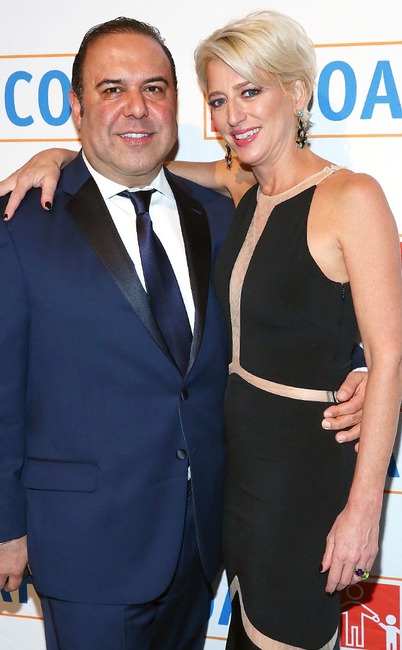 There's nothing really shady about John, but when you consider his behavior with Dorinda Medley's RHONY costars, like dancing up on Kristen Taekman and fighting with Bethenny Frankel over her brand name, he earns a spot on this list. To say he's a divisive figure on the reality show is an understatement. 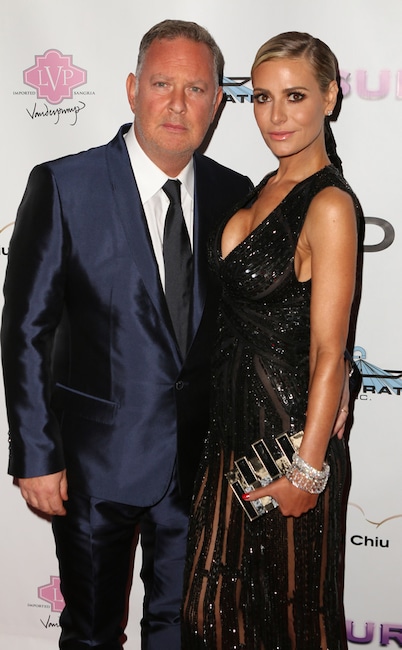 After admitting to sneaking a peek up Erika Girardi's dress when she wasn't wearing any underwear and liking the view (ick), PK and his wife, newbie Dorit Kemsley, couldn't stop talking about Erika throughout their inaugural season. PK seemed to enjoy inserting himself into the ladies' drama a bit more than we care for, but it was the vile ways he continued to speak about poor Erika's private parts that really earned him a spot on this list. 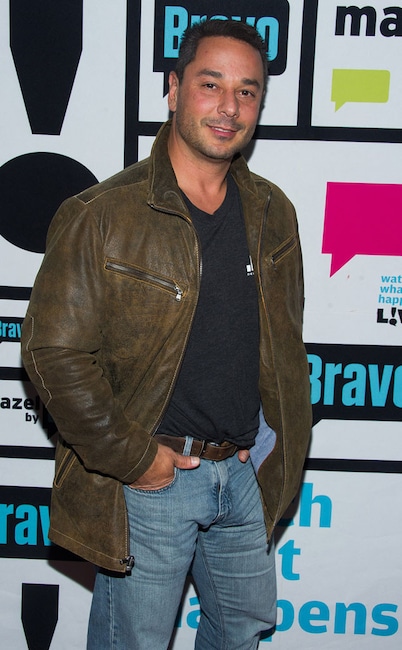 Jim and his wife Amber Marchese joined the Garden State gang in season six. Immediately, he proved to be more combative than his wife, entering into nasty fights with plenty of her co-stars. Did the pair get confused on who was actually the cast member?

Frank's biggest crime? Hiding the financial shambles his family was in from wife Lynne Curtin, resulting in her receiving an eviction notice on camera in season five. Not cool, Frank. 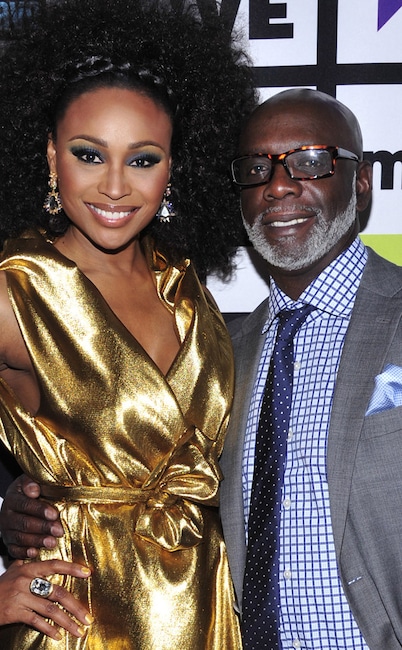 We've never quite understood what Cynthia Bailey sees in Peter. He's always taken advantage of her money for bad business endeavors, he's incredibly chauvinistic, and he got caught on camera getting too close to comfort with someone other than his wife, which is now a storyline on the show. 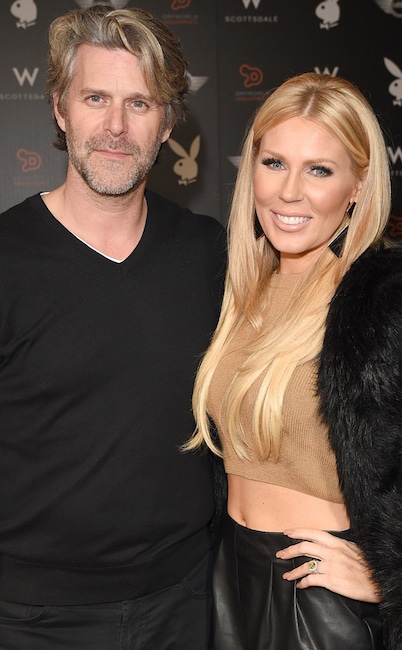 Slade's more slimy than sketchy, working his way through a laundry list of RHOC stars in a completely transparent attempt to stay on TV. Icky, but ultimately harmless. Times have changed, however. In 2019, it was revealed that Slade and his fiancé Gretchen Rossi were expecting a baby. 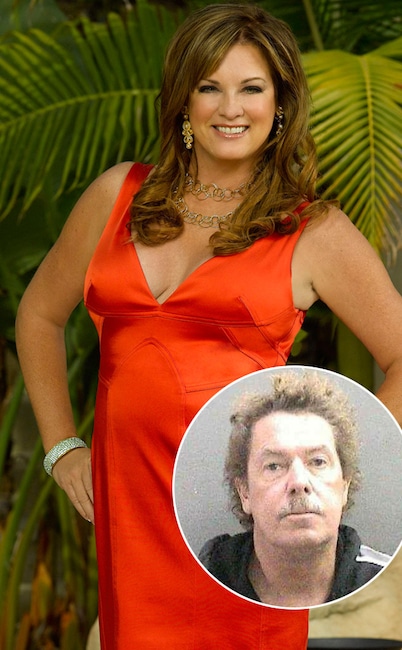 Matt, a former baseball player, treated his wife Jeana Keough less than perfectly prior to their divorce. Ultimately, the RHOC star moved on with a new man that she keeps much more private. 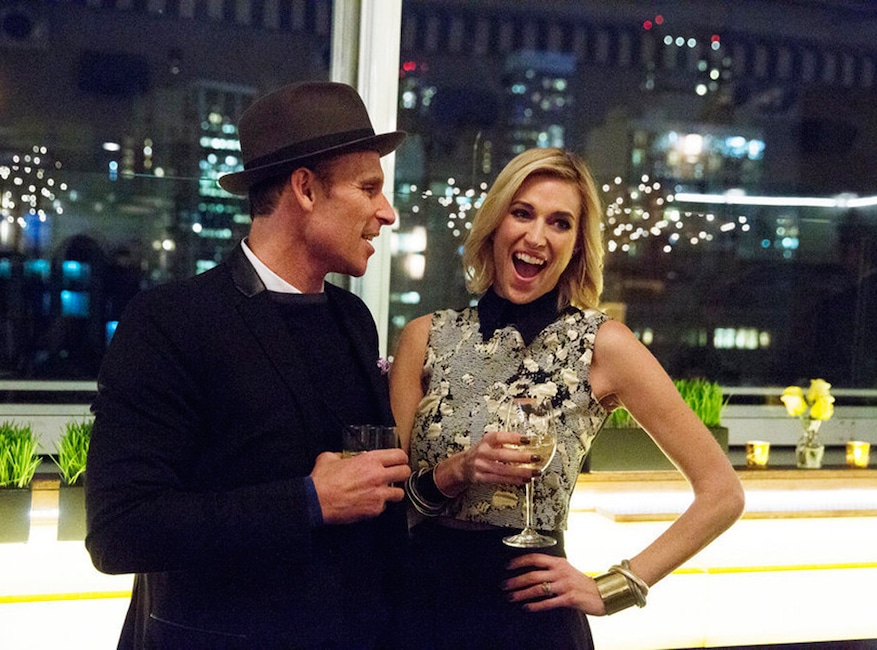 Josh always seemed a little distant whenever he was on camera during wife Kristen Taekman's two seasons on RHONY. When an account linked to his name was unearthed in the massive Ashley Madison hack, the couple faced some tough headlines. Ultimately, Kristen told Bravo in 2019 that they are doing good. "All I can say is I think every marriage has its ups and downs and it's bumps in the road. We had one and we're stronger for it and here we are now," she shared. 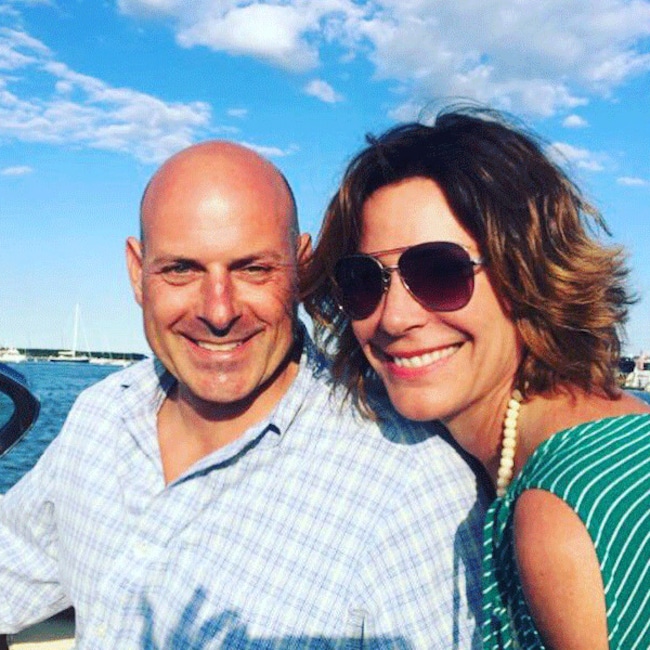 Tom's been sniffing around Bravo's ladies of the Big Apple since his appearance way back in season one when he flirted with a then-married Ramona Singer and her friends. But it's his resurgence in season eight that's earned him a spot on this list. After his relationship with Luann de Lesseps led to an engagement in record time, we learned that he'd gone on several dates with a now-single Ramona (the number of which he'll contest until he's blue in the face, though he'll still make time to remark about the Singer Stinger's grapefruit scent AT HIS ENGAGEMENT PARTY) and been friends-with-benefits with Sonja Morgan for A DECADE. And then Bethenny Frankel got the damning photographic evidence of his public make-out session with a stranger the night prior to his engagement party, which he denied, then blamed on alcohol and an old friend with predatory clutches, and then tried to explain away by bullying Dorinda Medley into lying for him. What a catch.

When Shannon Beador joined RHOC, her marriage to David was visibly strained. He really didn't seem like he wanted his life documented on camera. When news of his affair broke, we learned exactly why. 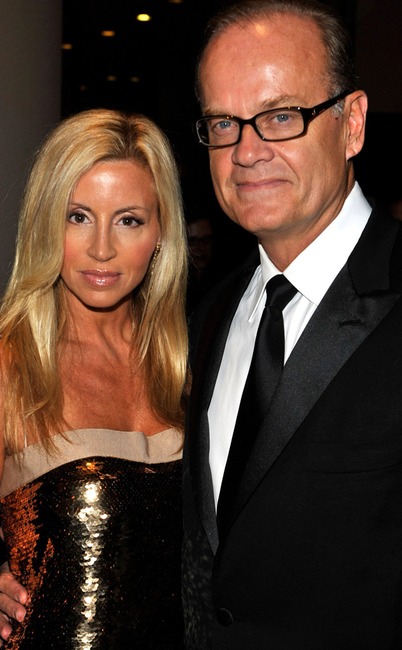 It's been rumored that joining RHOBH was Kelsey's parting gift to wife Camille Grammer. Too bad she had to learn that he was leaving her as season one went on, just the way everyone wants to learn they're being left by their spouse. That his new wife got pregnant so soon certainly didn't help matters. 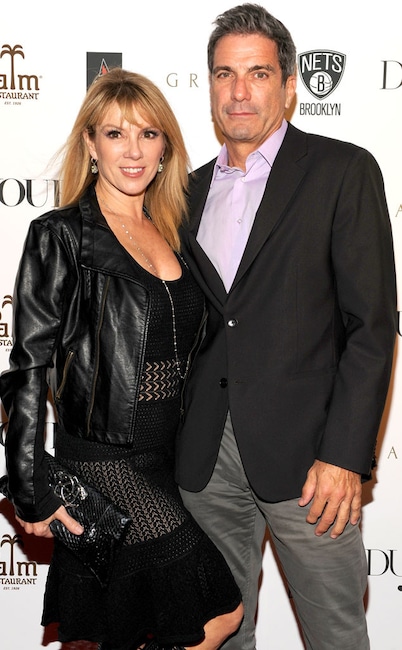 Mario humiliated his wife Ramona Singer by cheating on her after seasons of rubbing their perfect marriage in everyone's faces, especially when Luann de Lesseps got divorced. They even renewed their vows in an elaborate ceremony just a few seasons prior to the cheating scandal. In 2019, however, the couple appeared to be in a much better place and even filmed scenes together at parties and friendly gatherings. 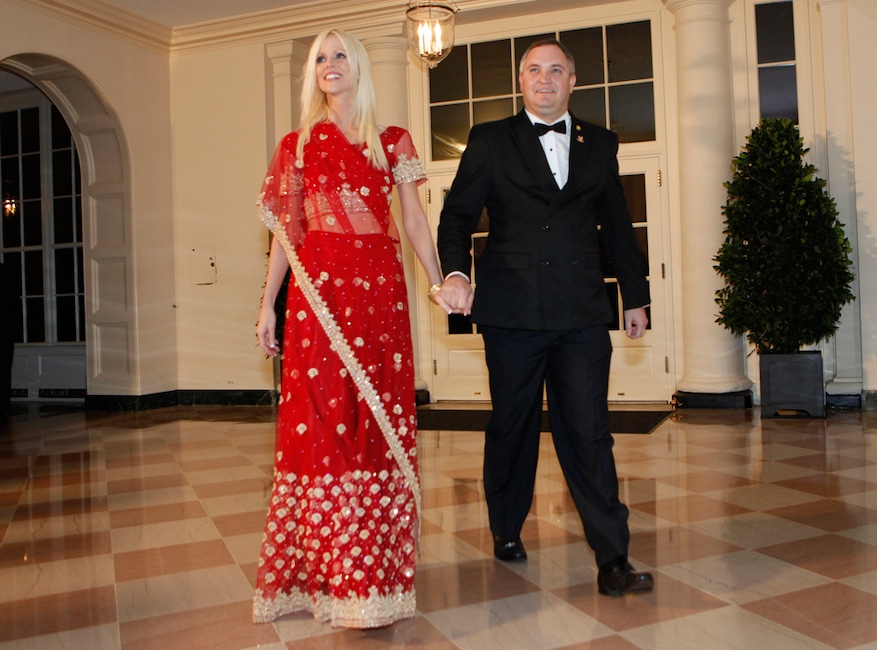 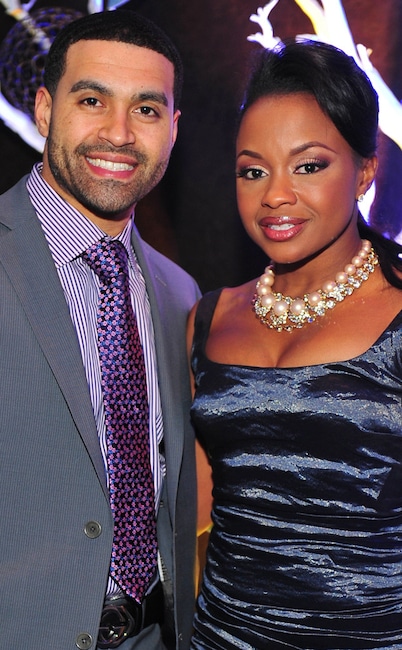 Sure, Phaedra Parks married Apollo after he was released from one prison stay, but that doesn't mean anyone should've expected he'd shamelessly flirt with fellow Housewife Kenya Moore, physically fight with Kenya's assistant, get sentenced to another eight years in prison for bank fraud, and menacingly approach his estranged wife with a drill in their garage. But he did. He did all that. 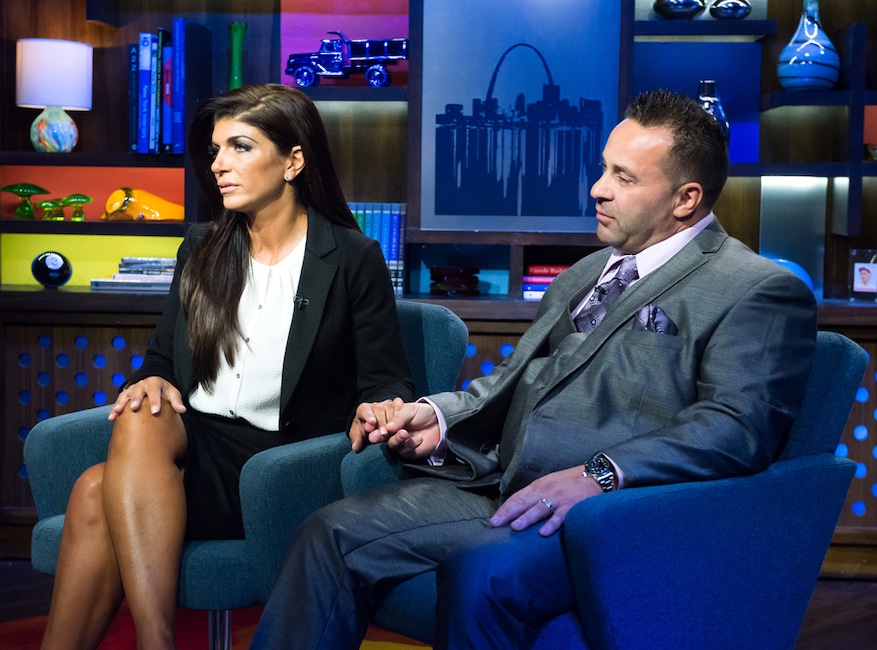 Before Juicy Joe's fraud scheme landed him and wife Teresa Giudice with prison sentences, he also frequently brawled with his wife's brother, Joe Gorga, got arrested for driving with his brother's license after his was suspended, and took a phone call on camera where he called Teresa his "b---h wife." 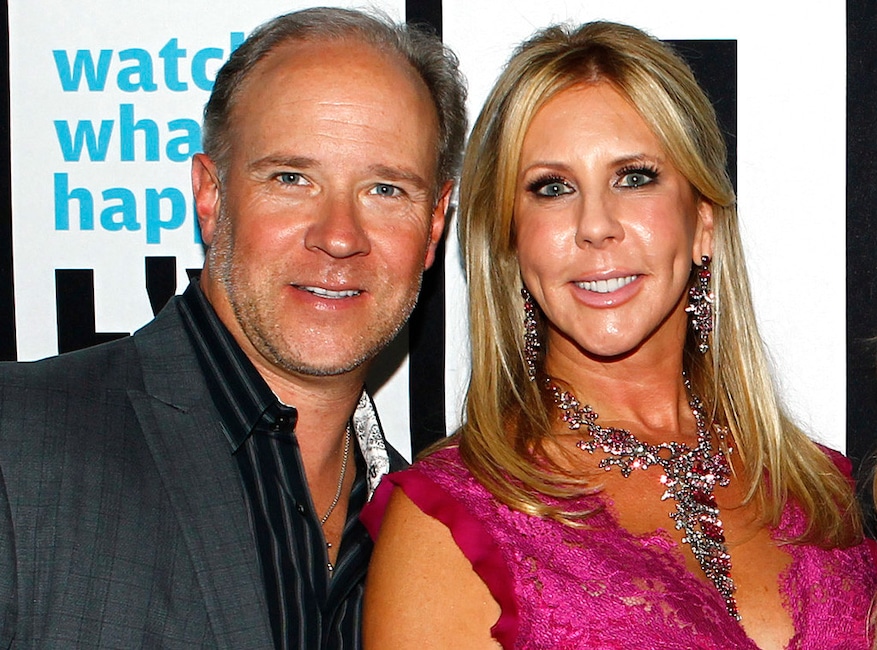 Is falsifying medical documents to continue a highly suspicious claim that you're suffering from cancer worse than all the rest of the behavior on this list? Yes, we think so. Add in ex-girlfriend Vicki Gunvalson's daughter Briana's claims that Brooks abused her mom and there's no denying that he's the worst on this list.

The Real Housewives air on Bravo.

E! and Bravo are both part of the NBC Universal family.