YouTube star Jaclyn Hill is ready to make her comeback in the beauty space!

The 29-year-old star has revamped and rebooted her eponymous makeup brand, Jaclyn Cosmetics. "The future is bright," the cosmetics company teased on Instagram on Monday, alongside information on the re-launch date. "11/26/19."

But unsurprisingly, beauty lovers' reactions were mixed after the news was shared on social media. "Here we go. Let's cross our fingers," one user commented. Another chimed in, "Oh we are trying again? Cool."

Of course, there are some that feel hopeful and excited to see what Jaclyn Cosmetics has to offer this time around. "Ahhhhhhhhh!!! Idk and idc what it is—I want it, and I need it!!," one person wrote. " I'm so happy you never gave up!!!"

As makeup devotees might recall, Jaclyn announced that her highly-anticipated brand would finally launch in May. For her first release, she dropped the So Rich Lipstick collection, which offered nude lipsticks in 20 different shades. 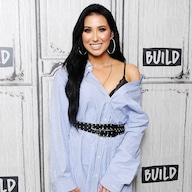 However, her luxurious line of lipsticks quickly wreaked havoc in the beauty community, after many customers began issuing complaints about their products. 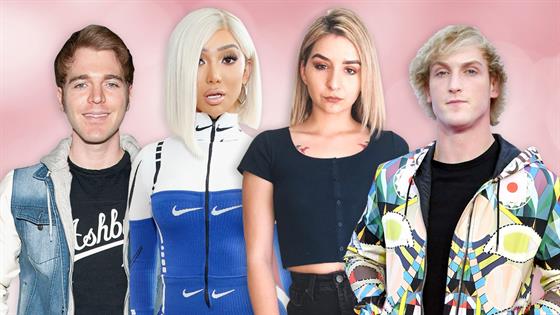 Many alleged they found hair and pieces of metal shards embedded into their lipsticks. Moreover, others began speculating that mold and other alleged contaminants were spotted in their lipsticks—to note, that was never verified.

After the complaints spread like wildfire online, the brand initially told costumers that it would accept returned product and refund the purchase price with a new lipstick. But by late June (a few weeks after the launch date), Jaclyn Cosmetics released another statement, claiming they would refund all of its customers, regardless if people loved or hated their product.

However, many beauty enthusiasts criticized the brand for not issuing a recall.

The scandal, which was also dubbed "Lipstickgate," certainly shook Jaclyn to her core. "My launch was a failure. It failed. It sucked," she shared in a candid YouTube video that she uploaded nearly two months after her line released. "I was so confident that I was almost cocky. Because I was just like, 'This is gonna be the best thing people have ever seen."

She continued, "It's important to me that you guys know how sorry I am, how embarrassed I am. It's been shocking."

In that same video, she explained that she hired a completely new team and cut ties with the lab she launched her lipsticks with. "In this past month, I have built an entirely new quality control team. I have brought on several different people for all different things," she said. "As a CEO, as a boss, you don't get to sit and be like, 'Wah.' You have to start rebuilding."

The 29-year-old YouTuber also reassured her loyal followers that she would be coming out with new products when things cooled down and felt right.