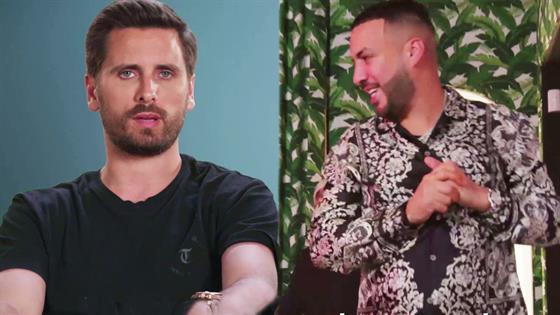 Without Scott Disick, French Montana's home theater would still be a "disaster."

On Sunday's all-new Flip It Like Disick, the reality star turned house flipper tackled the "Unforgettable" rapper's mess of a theater room. Not only did the room feature a ceiling fan in front of the projector, but it also had "19-Sin-City" tall speakers on each side of the cinema screen. (And don't get us started on the shag carpet.)

Thus, Disick suggested it was time to gut the room and redesign the space from scratch.

"Alright, so the whole thing is a wreck. It's a nightmare," the father of three relayed to his friend during the walk through. "We'll have to demolish that whole entire thing."

Minutes within the space, Disick pitched a "full-blown jungle" theme, in honor of the hit-maker's 2017 album "Jungle Rules."

"The whole thing. Green trees coming out of everywhere," the E! personality explained regarding his vision. "Branches, monkeys hanging off the thing, look like a f--king theme park. Like, some Disneyland type s--t."

Scott Gets In Trouble With HOA: Flip It Like Disick Recap (S1, Ep3)

"Let's do it. I'm down. I love it," the musician assured the Talentless founder.

Clearly, Montana meant what he said as he gave Disick a $150,000 budget for the redesign. In addition to recruiting interior designer Willa Ford, Disick enlisted the help of DSI Luxury Technology for the best audio and visual equipment.

What Disick didn't plan for was the fact that the equipment would cost the bulk of his budget.

"French basically said, 'Let's spend like $150,000 on this room.' And I just spent almost two-thirds of it on the audio and visual," the Keeping Up With the Kardashians veteran noted in a confessional. 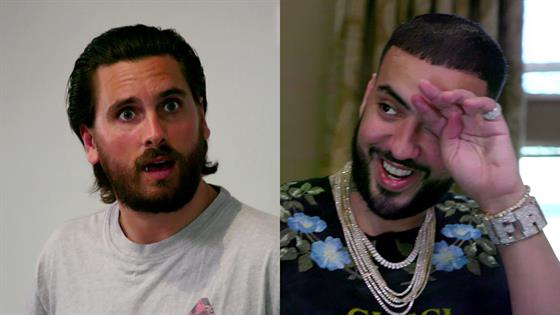 After speaking with Disick about his vision for the "Jungle Rules" project, Ford and veteran assistant Lindsay Diamond met with a custom furniture designer. During the meeting, the "I Wanna Be Bad" singer made it clear that the couch needed to be large and sturdy enough to hold many guests.

"French is gonna have some good parties on that couch," Diamond joked.

In order to fulfill this promise, Disick and his team began work on the theater room right away. Although the demoing proved that the room was in rough shape, Disick was certain his redesign would "blow French's mind." 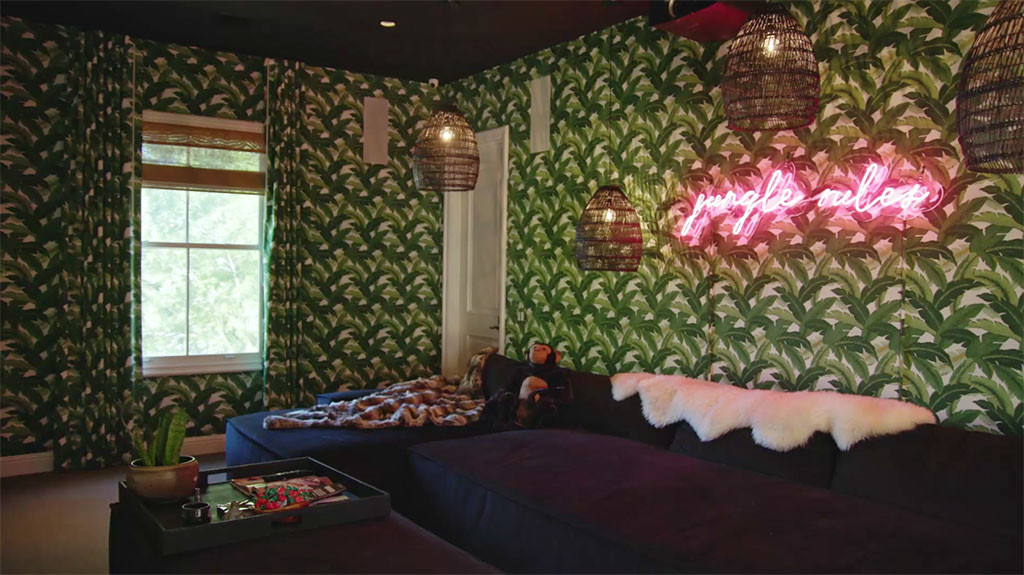 Unsurprisingly, Disick's instincts were right as his close pal and client praised the Flip It Like Disick team's work.

"This is crazy! This is sick," the chart topper remarked. "I love the walls."

On top of loving the new jungle-inspired wall fabric, Montana appeared pleased with the durable custom-made couch and the Miami Vice-inspired "Jungle Rules" sign. Not to mention, the project ended up being $15,000 under budget.

"I didn't think it was possible, but this is about to be my favorite room," the "No Stylist" artist concluded.

See everything that went down on this week's episode, including Willa's attempt to win back contractor Miki Mor, in the recap video above!

And check out more before and after pics from Scott's renovations below! 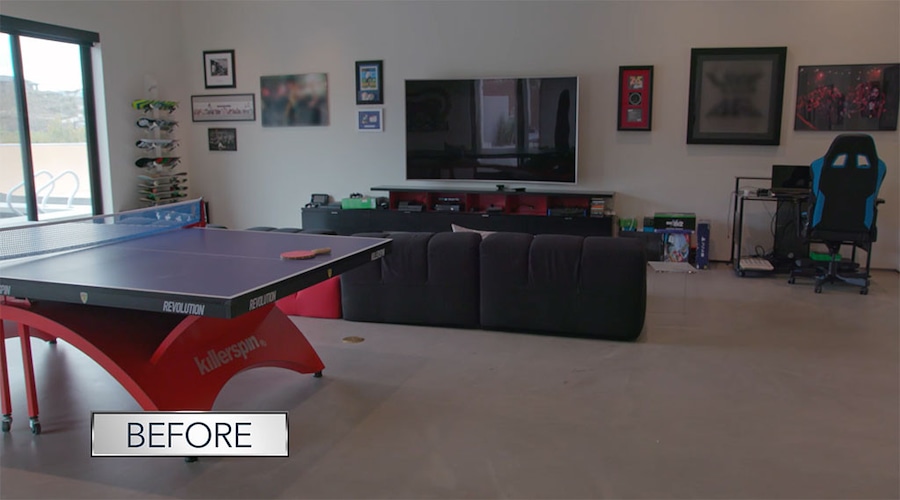 Celebrity DJ Steve Aoki's Las Vegas house had a problem: "I don't have enough rooms in my house. It's a four-bedroom house and a 16,000 square-foot-space," Steve explained. So Mr. Aoki asked Scott Disick and Will Ford to turn his spare room into a place where friends, houseguests and visiting musicians can sleep over. 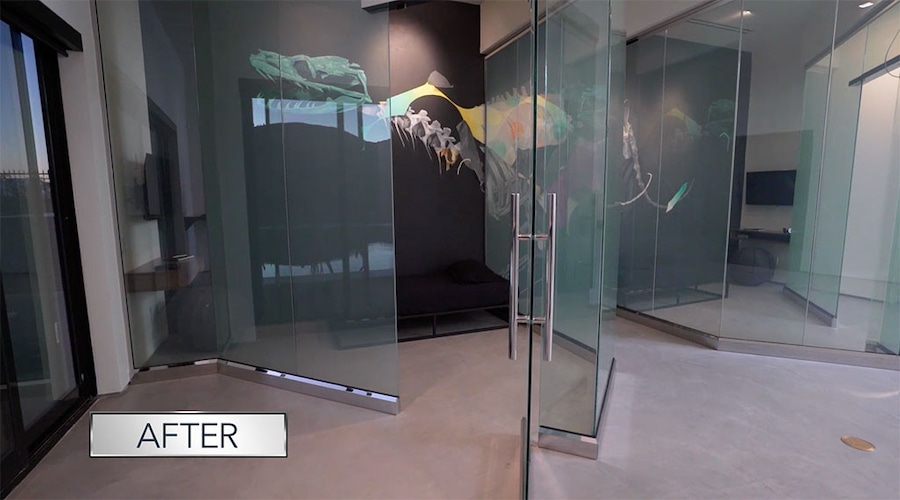 What was once a modestly furnished TV room had been totally transformed into an ultra-modern set of mini bedrooms, each protected by sound-proofed, geometric glass walls whose opacity changes with the flip of a switch for privacy. Suffice to say, Aoki was thoroughly impressed. 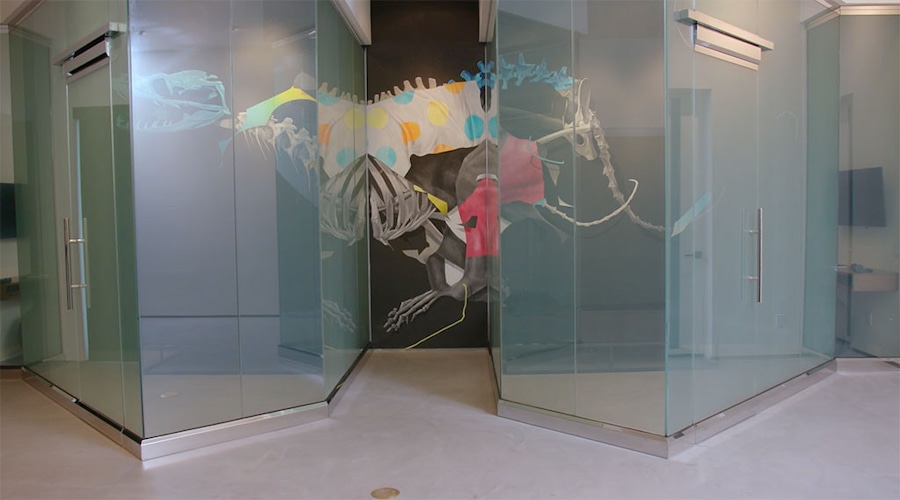 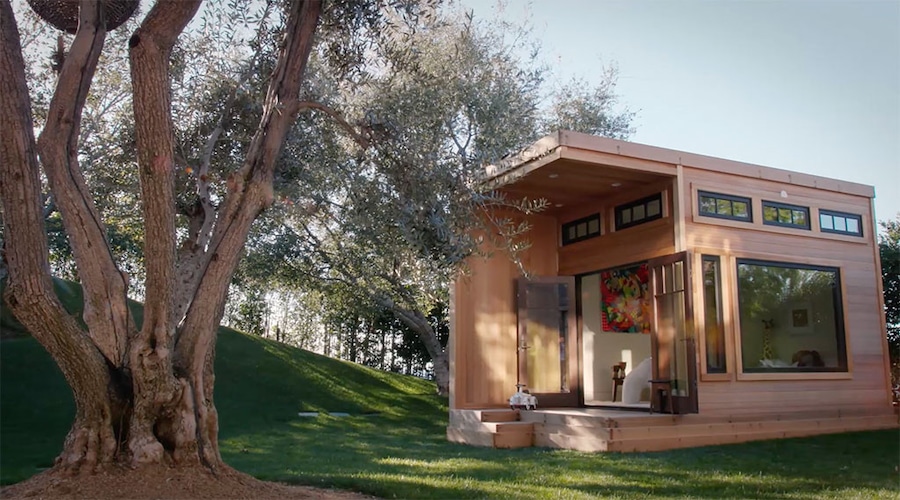 The Disick Kids' Playhouse After

Kourtney Kardashian's backyard used to be a lot less fun before Scott built their three kids, Mason, Penelope and Reign, this "extravagant" playhouse! "I couldn't be happier with the kids' playhouse. I mean, everything came out great," Scott said post-construction. "I think it came really close to the Baja beach house that I was trying to mimic." 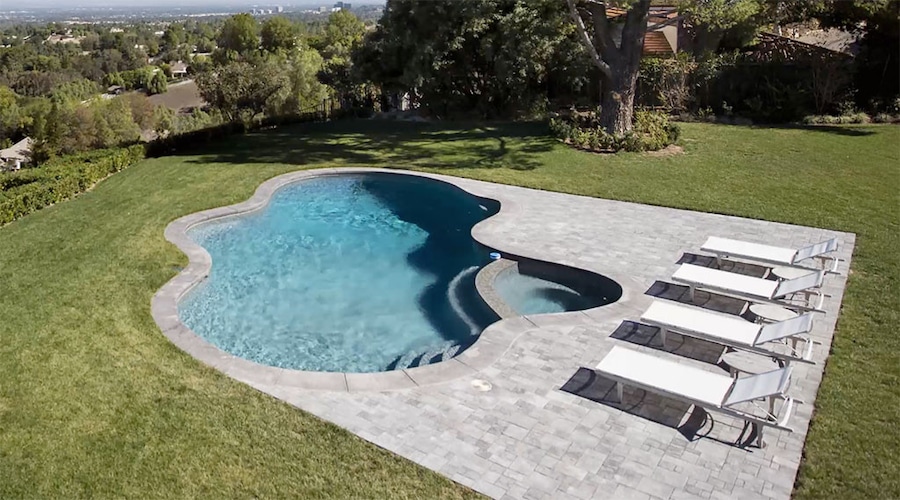 After touring a Beverly Hills property, Scott got inspiration to redo his kidney-shaped pool. "Seeing this pool makes me definitely know that I want to do a big, zero-edge infinity-type pool," the Hidden Hills resident said. "It basically looks like it's floating. And it definitely looks more expensive." 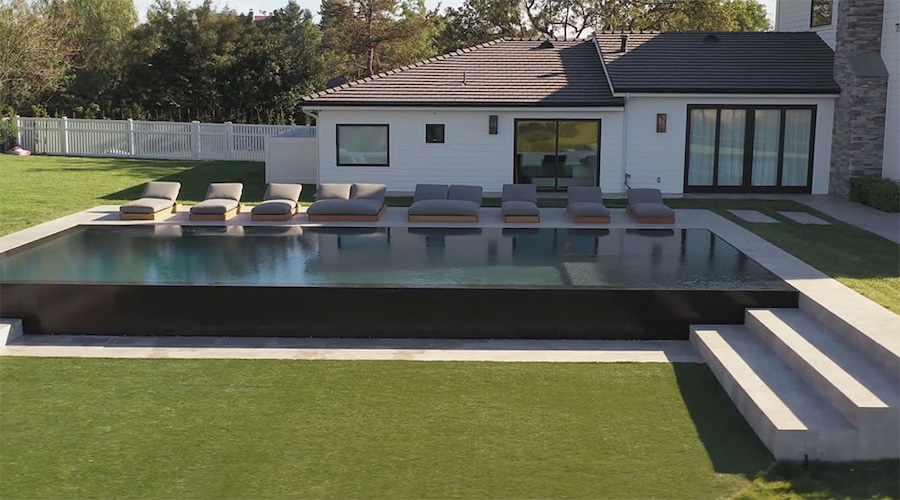 And the result was stunning! 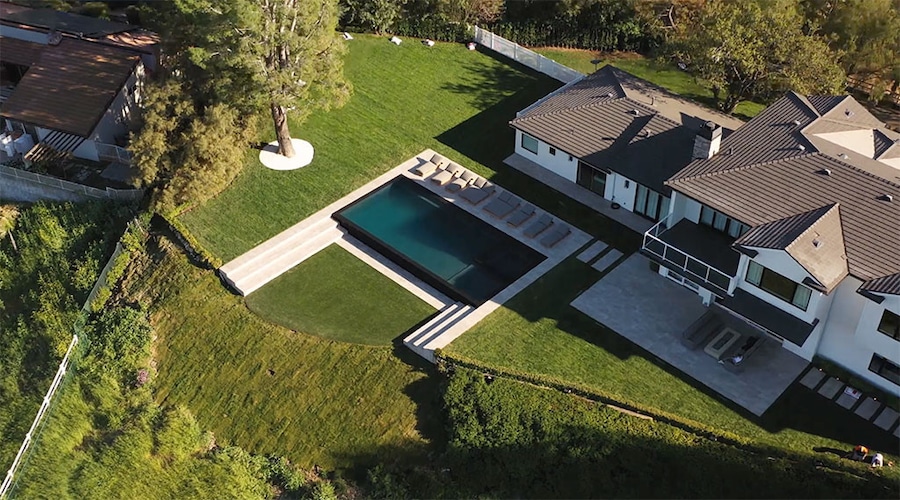 French Montana's home theater was in dire need of an upgrade as it featured bulky speakers, a shag carpet and a brown color scheme. "Alright, so the whole thing is a wreck. It's a nightmare," Scott even told the famed rapper during a walk through. "We'll have to demolish that whole entire thing." 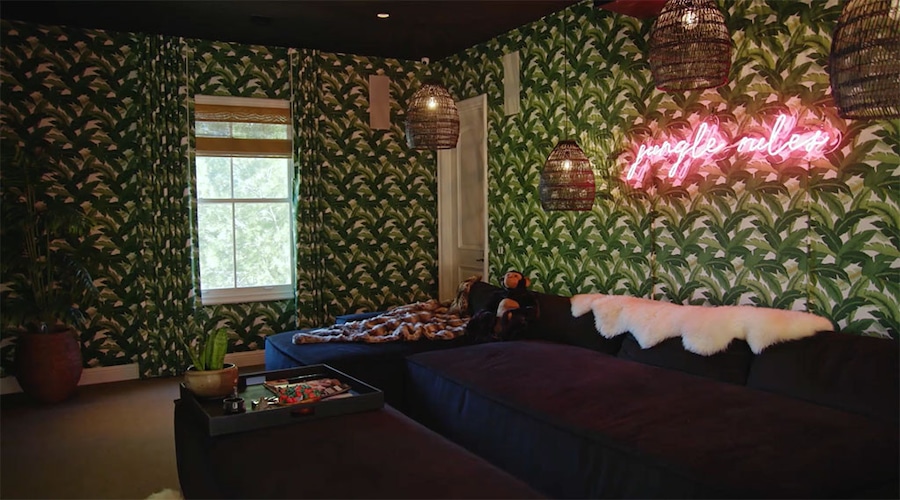 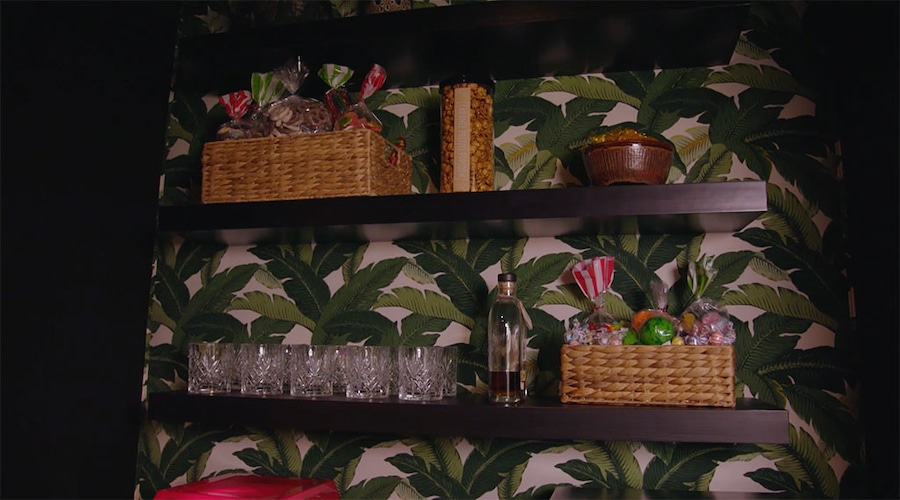 In addition to the custom furniture and the upgraded home theater equipment, Disick and his team built Montana his own concession stand. Not only was a popcorn machine added, but candy and beverages were also stocked at the bar. 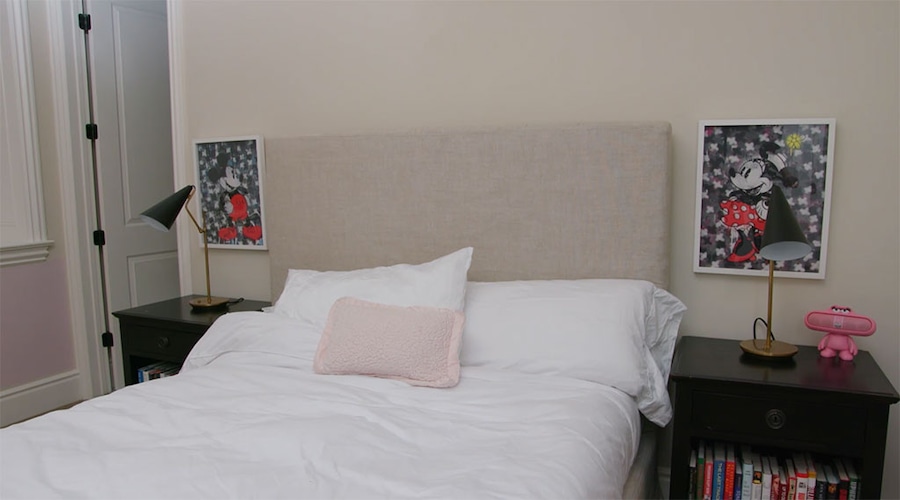 Penelope Disick asked dad Scott Disick to give her room a redesign as she felt her room paled in comparison to older brother Mason Disick's bedroom. Thus, the Flip It Like Disick boss enlisted the help of Willa Ford to give his little girl's room a $20,000 upgrade. 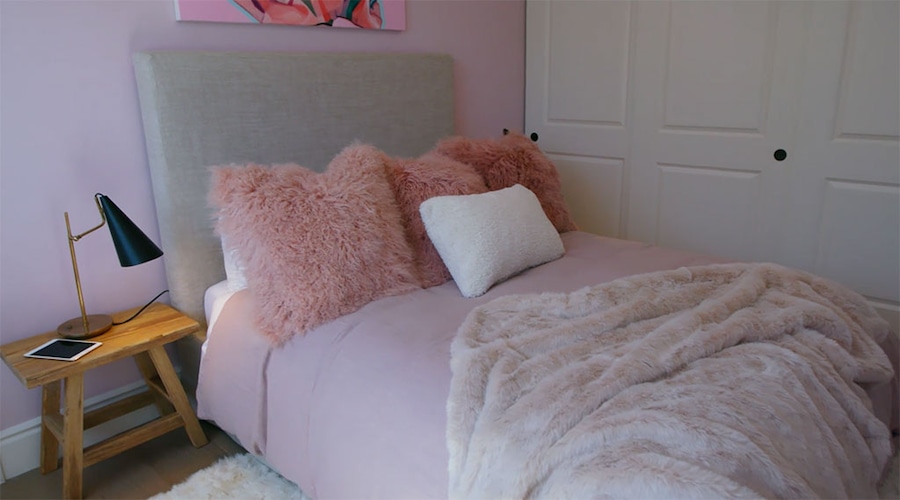 And Scott and Willa gave Penelope the all-pink room of her dreams! They decked out Penelope's space with a new lamp, cool side tables, huge bedding, a fur throw, a big fur rug, a fun chair and rainbow tape lights. 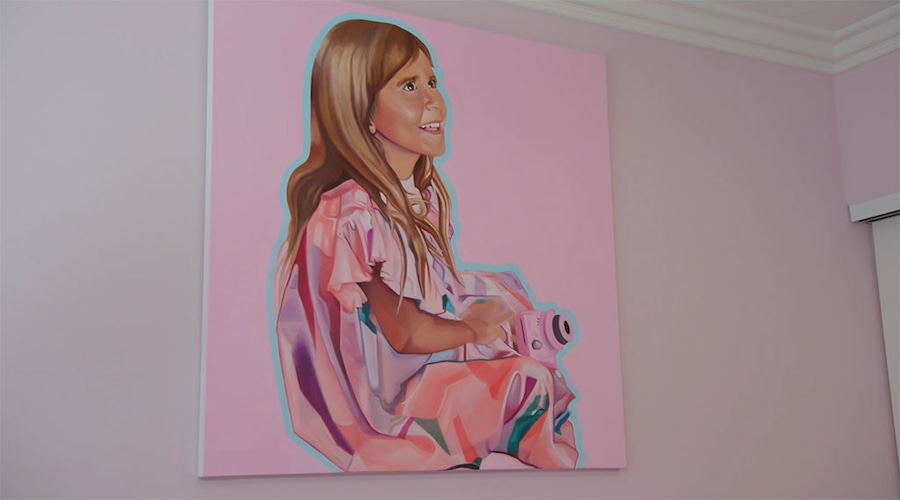 We can't forget to mention the stunning portrait of Penelope that was painted by The Kaplan Twins.