When Robert Downey Jr. Wasn't a Sure Thing: 8 Actors in the Iron Man Conversation Before He Was 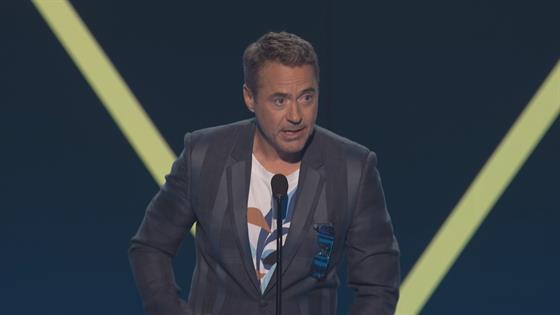 Movie history is awash with iconic lines: "Here's looking at you, kid." "Go ahead, make my day." "I am Iron Man."

And just as with the first two, that last statement couldn't have been uttered by anyone other than the actor who said it, Robert Downey Jr.

But it could have been, if Marvel wasn't feeling adventurous and Jon Favreau hadn't gotten his way when it came time to cast the part of billionaire genius Tony Stark, who designs a flying metal suit he can save the world in after he's injured on the job (selling weapons to people fighting endless wars) and ends up with an electromagnetic implant holding his heart together.

Because even though Downey is the Iron Man that soared in three stand-alone films, as well as the charming, sardonic glue holding much of the sprawling Marvel Cinematic Universe together, he wasn't at the top of anybody's list. 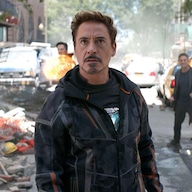 Jon Favreau, who was hired in 2006 to direct Iron Man, was the first to be turned on to what may now feel like the seeming inevitability of Downey as the star, but at the time was just a hunch that he was the right man for the job.

But, Favreau told Rolling Stone in 2008—after the movie had come out and made half a billion dollars worldwide and Downey was a superstar after a rough turn-of-the-21st century that included embarrassing drug-fueled arrests, many court appearances, prison time and who knows how many missed opportunities—Marvel told him "under no circumstances are we prepared to hire him for any price."

"We both went, 'That's interesting,'" and then forgot about it when Downey's name came up, Marvel Studios president Kevin Feige recalled to the Los Angeles Times. 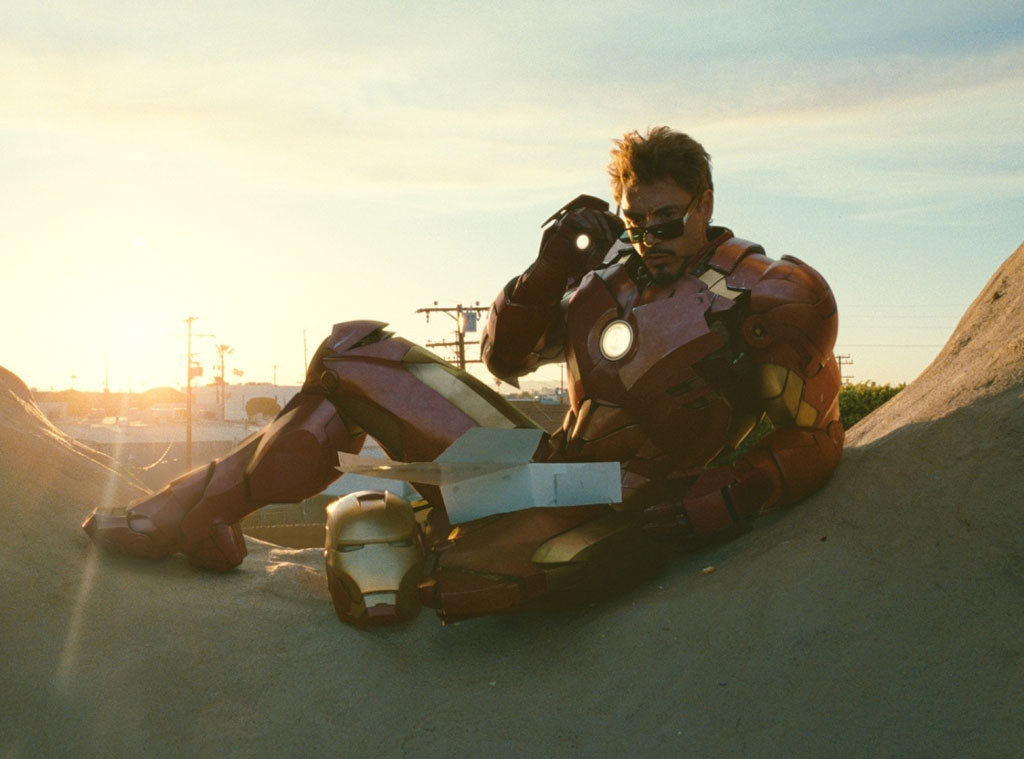 Favreau, who also directed Iron Man 2 and played Tony's friend and associate Happy Hogan in multiple Marvel movies, kept advocating for him, though, and eventually Marvel agreed to a screen test.

Obviously, after that, there was no one else.

But this wasn't a process that happened overnight, and there was a handful of other actors who at one time or another were somebody's ideal Iron Man. It's now been 10 years since Iron Man 2 came out, still only the third of what would ultimately be a 23-film (to date) saga, and it's almost impossible—yet fascinating—to picture any of these guys wearing the Iron Man suit, cracking Tony's jokes, romancing Pepper Potts, mentoring Spider-Man, sparring with Captain America and swiping Thanos's glove: 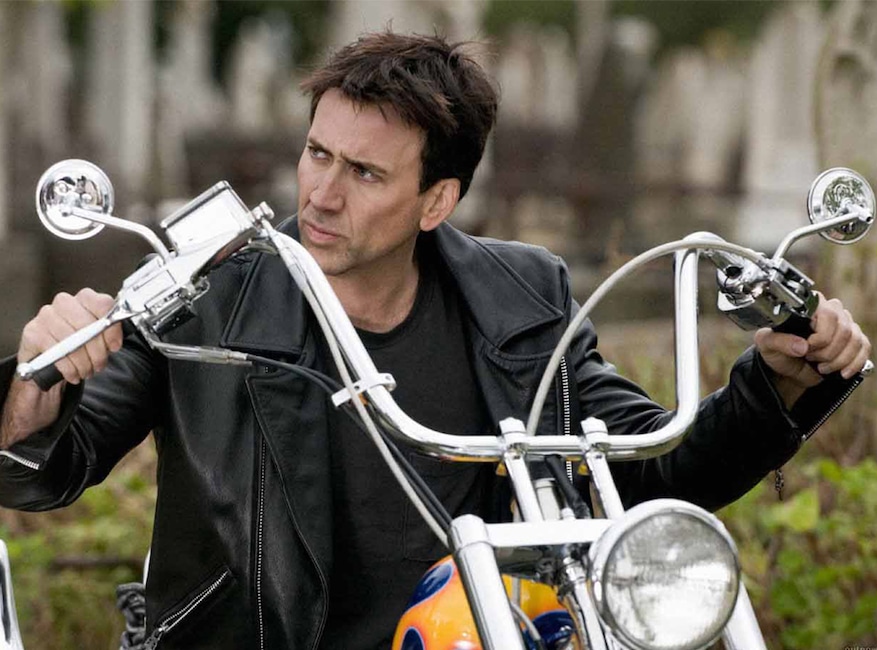 Though his heart seems to belong to DC Comics (his youngest son is named Kal-El, after all, and he was seemingly supposed to play Superman throughout the 1990s), Cage floated his interest in the part back in 1997—when an Iron Man movie was already a long-gestating project, held up in development purgatory. He's only a year older than Downey, so it wasn't as if he aged out of it by the time they were actually making the film, but by then he had signed on to bring another Marvel character—Ghost Rider—to life. Or death. Either way. 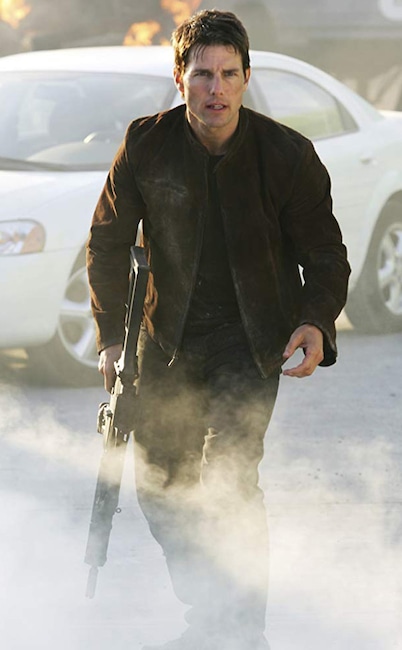 If you look up "quick-witted, nimble hero type," Cruise's picture is there, so naturally he was a candidate for the role, too. But eventually the Mission: Impossible star lost faith in the project's potential.

"It's not happening. Not with me," Cruise was quoted telling reporters in 2005. "They...came to me at a certain point, and you know, when I do something, I want to do it right. And, you know, if I commit to something, it has to be done in a way that I know it's going to be something special. And that...as it was lining up, it just didn't feel to me like it was going to work."

That's OK, Tom, you can't complete everyone. But asked years later, in 2018, how close he was to being cast, Cruise clarified that he was "not close. Not close and I love Robert Downey Jr. I can't imagine anyone else in that role and I think it's perfect for him." 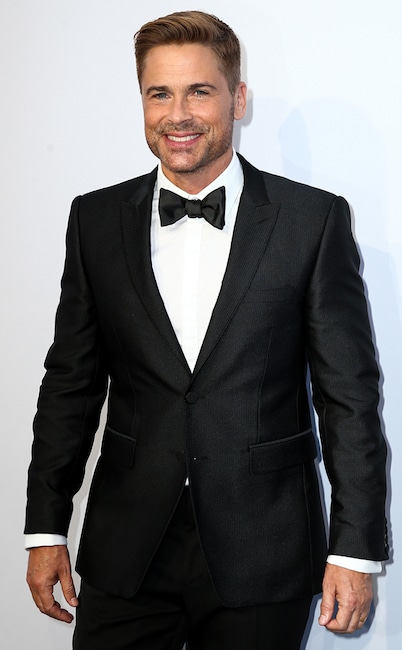 He's dashing and he knows it. In 2004, a source working on the Fantastic Four set (the FF with future Captain America Chris Evans) had "overheard Rob Lowe's name a couple of times," according to a now-defunct fan site, per IGN. "He might be under consideration. Not much of a star, though?"

Maybe not in movies anymore. Lowe had just finished his career-reviving run on The West Wing, but more TV stardom was in his future rather than a return to being a big-screen leading man. 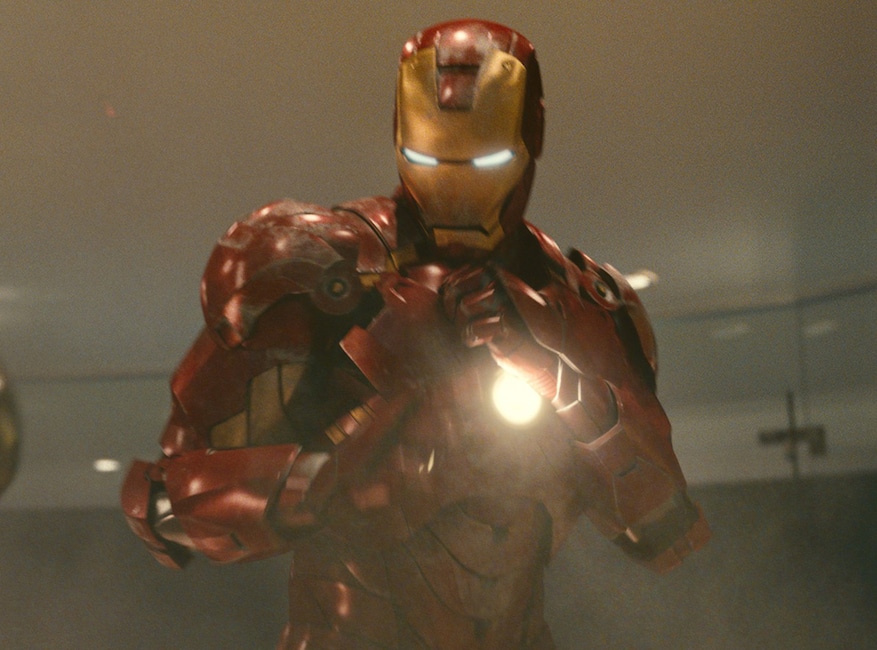 Ironically, when he signed on to direct Iron Man in 2006, Jon Favreau was set on casting an up-and-comer rather than a Tom Cruise (or Rob Lowe)-caliber star.

"What's nice is that those movies don't require an expensive star; Iron Man's the star, the superhero is the star," he told MTV News. "The success of X-Men and Spider-Man without being star-driven pieces reassures [executives] that the film does have an upside commercially."

Favreau added, "I don't know that a movie like Daredevil did better for having Ben Affleck than Spider-Man did having Tobey Maguire, who was a relative unknown at the time. It gives you a little bit of latitude, because there's a lot of money that goes into getting that face on the poster." 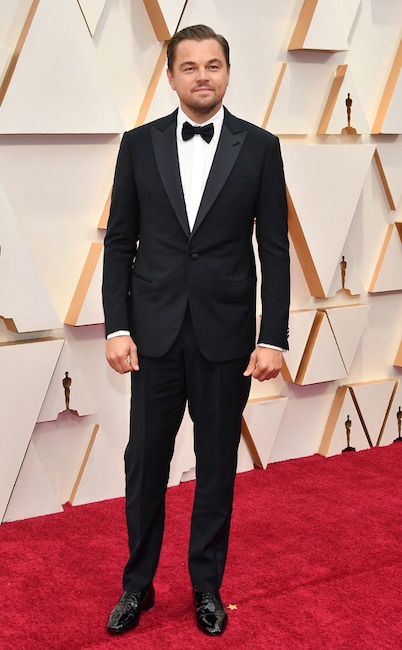 Presumably Leo was considered for just about everything after Titanic, and though he never took a meeting, count Iron Man/Tony Stark among the parts where his name came up. 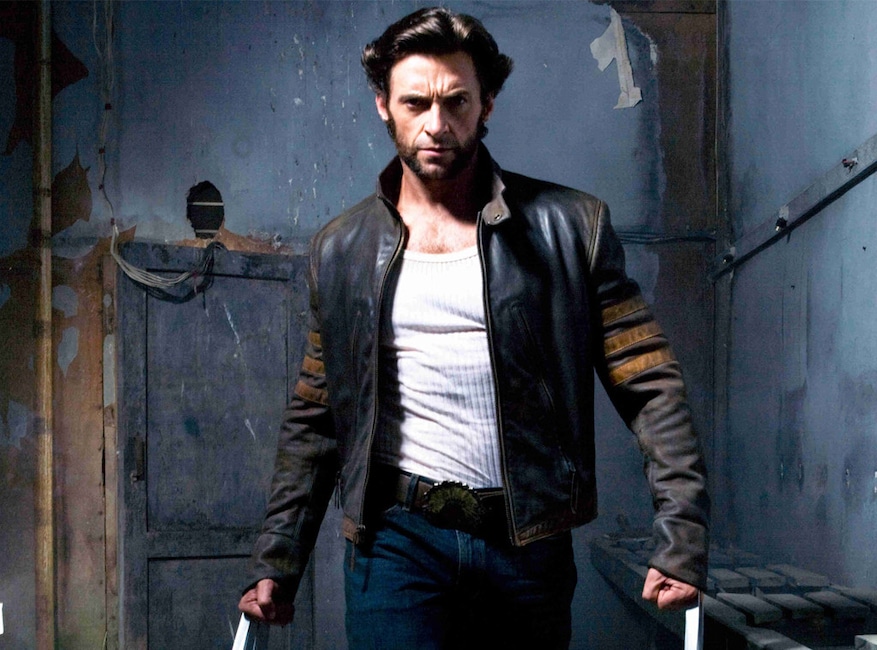 The Australian star, already a member of the Marvel universe (if not the not-yet-launched MCU) as X Men's Wolverine, was thought of for the role of the cheeky brilliant billionaire.

Jackman, who would get plenty of mileage out of Wolverine over the course of seven movies, said in 2013 that he'd certainly be down for an X Men-Avengers crossover.

"I actually just asked the other day, I said, 'I don't know what the legal situation is, but why don't these companies come together? Why isn't it possible?'" he told Screen Rant. "Because personally, I would love to mix it up with Robert Downey Jr. and Iron Man and kick his ass. It'd be great." He chuckled. "There you go. There's your quote." 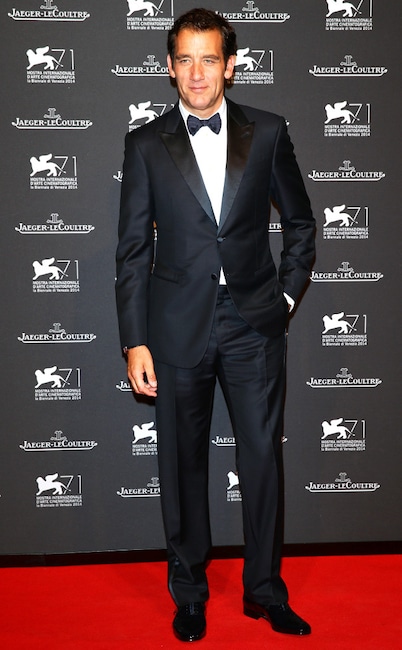 The British actor had proved he could help bring a graphic novel to life playing a heavy in the highly stylized Sin City, but he wouldn't have brought the same combination of gravitas and humor that RDJ had in the role. 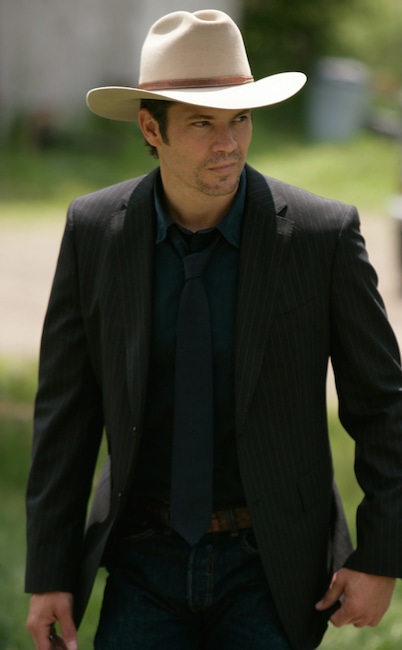 Favreau was justified in thinking the multifaceted actor could pull it off, but Olyphant reportedly auditioned on the same day as Downey. Timothy who? 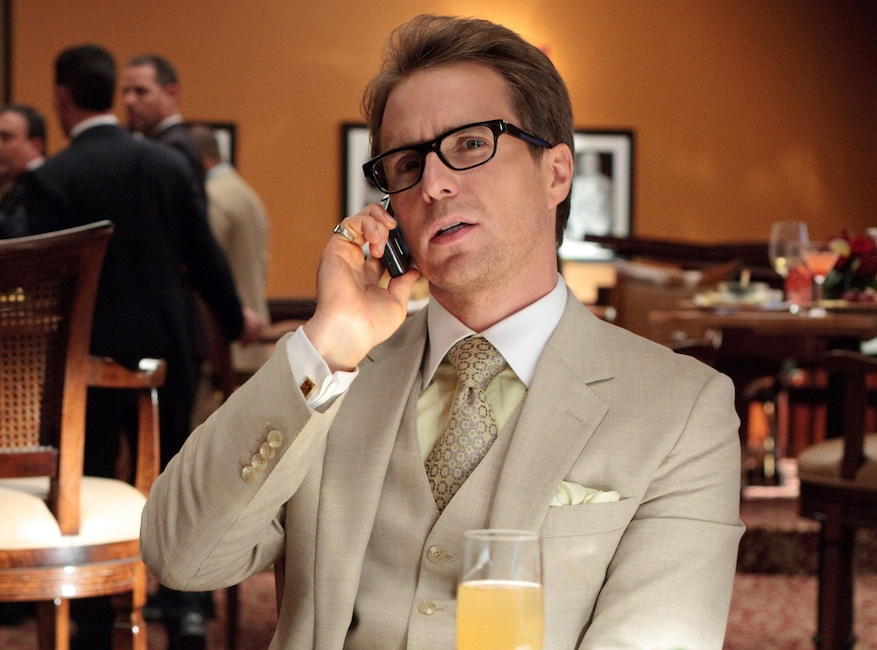 Favreau was very into the idea of the character actor suiting up as Iron Man—and he did eventually bring him into the fold as the villainous Justin Hammer, a rival arms manufacturer, in Iron Man 2. Rockwell said yes before he even saw a script (which, fun fact, was penned by Favreau and Justin Theroux).

About being in consideration to play the titular superhero, the future Oscar winner told MTV News in 2009, "We had a phone conversation about it, and then I didn't hear anything and that was it."

"Much to my surprise, I really didn't fit any of the criteria for the kind of actor they thought they should cast," Downey told the Los Angeles Times in 2008.

Ultimately, he was paid a reported $500,000 (plus back-end points) for the first Iron Man movie, so Favreau got to have it both ways—a very familiar face at an up-and-coming (or up-and-comebacking) price.

By the time they were shooting The Avengers, however, Downey had a beyond-sweet deal, and his eventual haul for that film alone was said to be about $50 million.

It would have been difficult for anybody to get their minds around the height of the mountaintop he was perched on, considering where he had been and where he ended up. "Nothing makes perfect sense," Downey said. "I've explored it so much, and right now I just look back at [his past] as: It was certainly character-building." Everything We Know About Gabrielle Union's America's Got Talent Exit 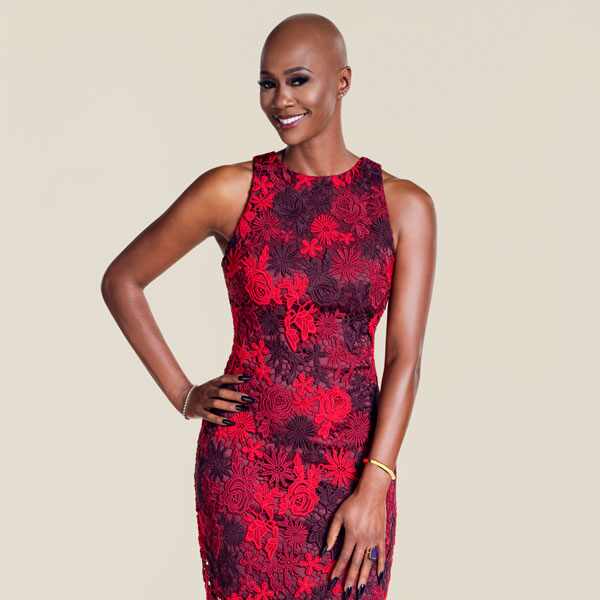 Dr. Imani Walker Breaks Down Over Her Marriage in Married to Medicine L.A. Midseason Tease 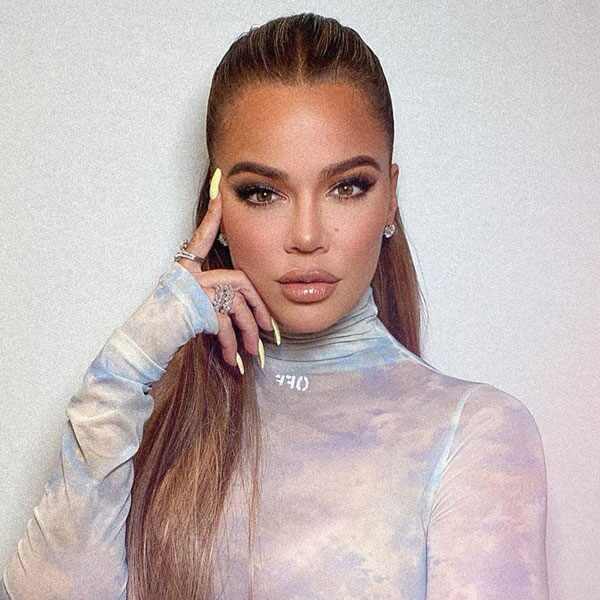 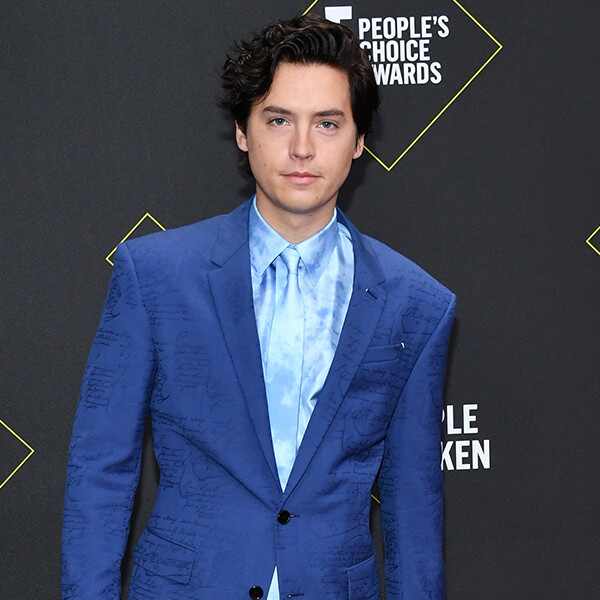 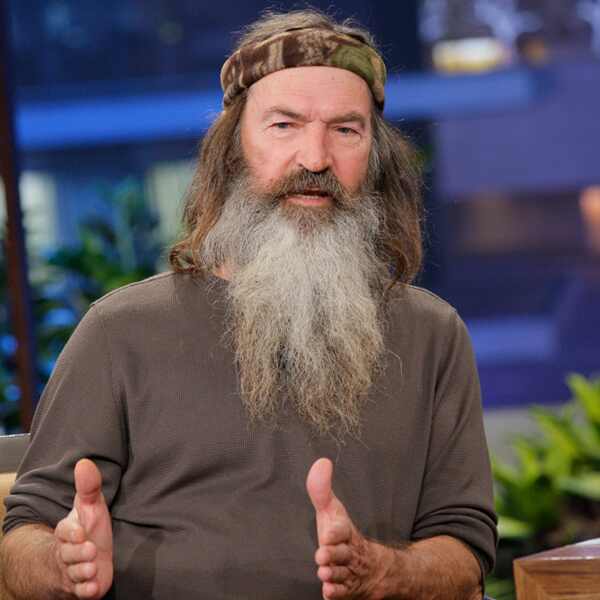 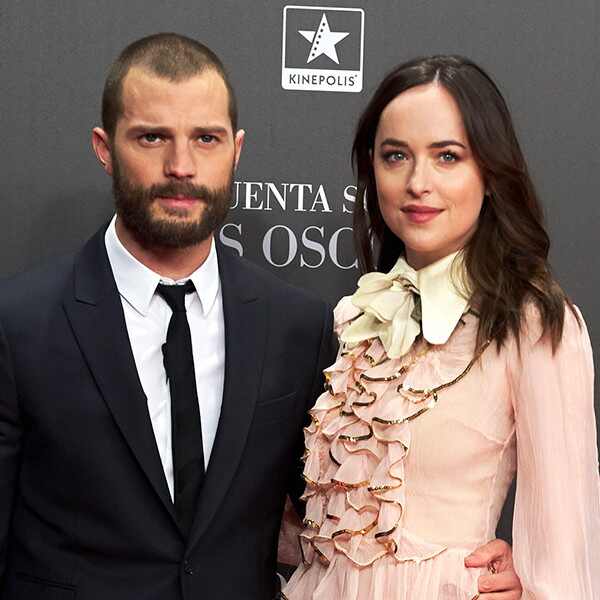