Why Pose Is the Show We Need Right Now 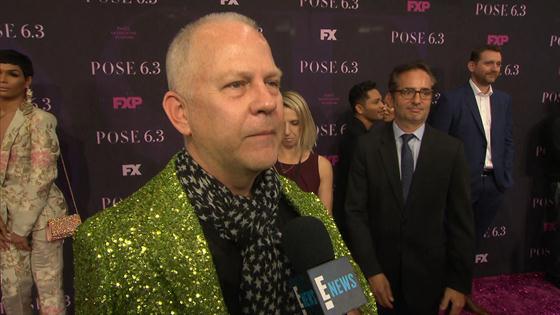 Welcome to your TV happy place. With all the divisiveness going on in the world—and in the TV world in particular this week−there couldn't be a better time for the launch of FX's Pose.

I cried. Legit tears. Happy ones. While watching the first episode of this new series by Ryan Murphy, which premieres tonight on FX.

Want to feel like you can go out in the world and conquer anything? Or that, no matter where you came from, you can find a chosen family who will love you no matter what? Watch this show. Feel all the feels. And in the meantime, you can be a part of something that is bigger than a TV show: History, with the largest transgender cast and crew ever, and the realization for some viewers that transgender people are people. Real people. Who have hopes and dreams and fears and losses. And who, in this case, serve up some deeply compelling storylines, making Pose Murphy's most grounded, emotional and earnest series to date.

According to Murphy, the show has employed more than 140 trans or LGBTQ actors and crew members so far. "This is a community who have just been starved for opportunities," he tells E! News. "You've seen it, usually in movies or television shows, trans actors play the best friend or they have a line or two, many times they're murdered, but in this show they play the leads and they are the heroes and the heroines. It's an amazing thing to see."

"What this show provides is just this sort of compassionate view of the world that hasn't been seen on television before," executive producer Brad Falchuk tells E! News. "It's not preachy. It's not trying too hard."

Pose takes a deep dive into the ballroom culture of the 1980's in New York City, when vogue-ing first became a thing and the shoulder pads were high and the hair even higher. The ball scenes are decadent and fun, dripping with glitter, chiffon and attitude—and set to a soundtrack of smile-inducing 80's hits.

"In the ball world of fashion and music, one does not exist without the other," executive producer Alexis Martin Woodall, who also serves as music producer, tells E! News. "Elektra's gold turban and caftan could only have been accompanied by the Mother of them all, Miss Diana Ross. For (costume designer) Lou Eyrich and me, we are in heaven!" 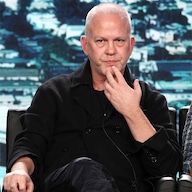 The State of All of Ryan Murphy's Upcoming TV Shows

Beneath all that eye and ear candy are raw relationships that will suck you in—including a gut-wrenching push-pull between Kate Mara, newcomer Indya Moore and Evan Peters. This is a very different Evan Peters than we've seen before, because he's a regular dude—that is, until he starts falling for a transgender woman, played by Moore.

"I'm married to Kate Mara and we have two beautiful kids," Peters tells E! News, "and I'm sort of an up and coming yuppie in New York City and there is the pressure of that world and the feeling of not belonging…It's sort of a nervous breakdown in a way. And he sort of goes to this hidden truth that's been inside of him for a long time."

"They go through some pretty dark times," echoes Mara, who last worked with Peters on season one of American Horror Story. "I'm just excited to be working with Evan again—he is one of the best actors, and I really adore him." (This time, they're even both alive.)

Evan's boss inside Trump Tower, by the way, is none other than a coke-snorting, egomaniacal James Van Der Beek who continues his recent streak of proving he has serious comedic chops. (Dawson the D--k is everything.) 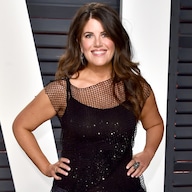 And then there is the cast of mostly newcomer trans actresses, who give such strong performances, it's hard to say which one won't be getting—or at least deserving—Emmy attention.

"We spent six months [casting the show] and it was just the most amazing group of talent I've ever encountered," says Murphy, who also recently announced he's giving 100 percent of his profits from Pose to LGBTQ charities. "And sometimes people would be so good, but they were wrong for the part that they were reading, that I would say, ‘Well, I'm going to write you a part,' and we did."

"The cast is insanely authentic," Woodall adds. "Everyone is working so hard, and instead of feeling that ‘work,' you feel their character deeply, their emotion and their day and their lives."

There's also a serious Fame and Flashdance vibe to Pose, complete with a dance audition in the first episode you'll want to watch on replay, featuring Ryan Jamal Swain, a newcomer whose real-life story echoes what you'll see on screen. 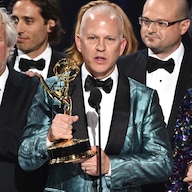 "My character, Damon, comes from Pennsylvania after getting kicked out for being gay," Swain tells E! News. "For me, having this moment right now, where I'm on this show and I'm flying off to LA and I'm working with a choreographer….I'm a little boy from Birmingham, Alabama, who came to New York with $50 in his pocket two years ago, and I feel it. I have to take a deep breath."

But in real life, for this cast and crew, it's all just light. And you can't help but root for them.