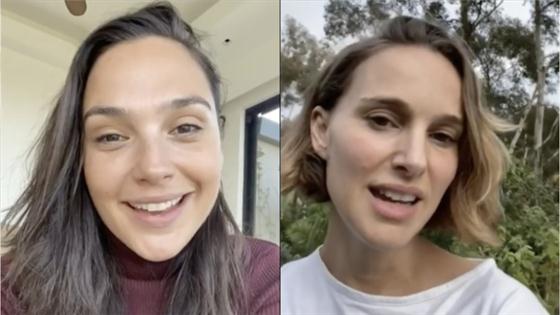 On Wednesday, John Mayer joined Andy Cohen, who recently announced he has recovered from coronavirus, for an at-home version of Watch What Happens Live and caught up with his old buddy via video chat.

While answering fan questions, the "New Light" singer was asked to provide more context for his parody of Gal Gadot's star-studded "Imagine" video, where he hilariously edited himself in and sang the lyrics to Ariana Grande's song "Imagine" instead of John Lennon's on his Instagram Live show Current Mood, and explained the lighthearted nature behind it.

Curious to know the reactions he had recieved from the video, Andy asked John if he'd heard from either Gal or Ariana since posting his video. "I didn't hear from Gal Gadot," he responded. "I did hear from Ariana. I wanted to make sure she wasn't making fun of her and I'm really not making fun of anyone in that video."

Wanting to convey that he didn't intend any harm with his parody, John explained, "I think if somebody comes up to you with a tool to try to help you but it's not exactly the right tool for the job, they still tried to help you." 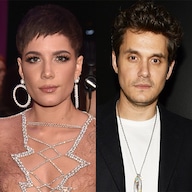 The Many Lusts of John Mayer

"So, I just look for opportunities to make people laugh right now," the Grammy winner shared. "I think when there's conflict…I'm not here to make any scathing commentaries on other celebrities or well-known people. I think dumb songs are funny."

Still on the topic of creating songs, John opened up about how his songwriting process has changed while social distancing. "I learned something about myself when this all started," he began. "When I went to go pick up a guitar and started playing, I couldn't access the same place I've always accessed for 30 years. And I learned that my guitar playing and my musicianship comes from joy and as we try to find new pockets of joy in this, which is very difficult but I feel like people are achieving it in places, I'm starting to find where I can play music from."

He added, "And I go to pick up my guitar sometimes and go, ‘I don't know what to do. I don't know how to get a spark going.' And only in the last few days that I've done it."

Moving on, the duo played a rapid-fire Q&A where Andy asked John music themed questions. Starting off with when he attended his first concert, the Bravo star was curious to hear John's favorite piece of advice from his fellow musicians.

"Ooh!" John exclaimed. "Elton John said to me, back in 2002 when I was going through my first kind of public relationship snafu, he said, ‘Welcome to world of bullshit, my darling. You have arrived.'" As for the meanest critique he's ever gotten from a fellow artist, John replied, "The meanest critique…somebody—a legend—said to me one time, ‘You know, you don't have to try to be so funny all the time.' And then he tried really hard to be funny on the thing we were on.'"

When it comes to his own catalogue of songs, John admitted that complicated tracks like "Heartbreak Warfare" aren't his favorite to perform live, but he loves playing songs that he can "soar through" like "Gravity."

See which other musical questions Andy had for John in the video above!