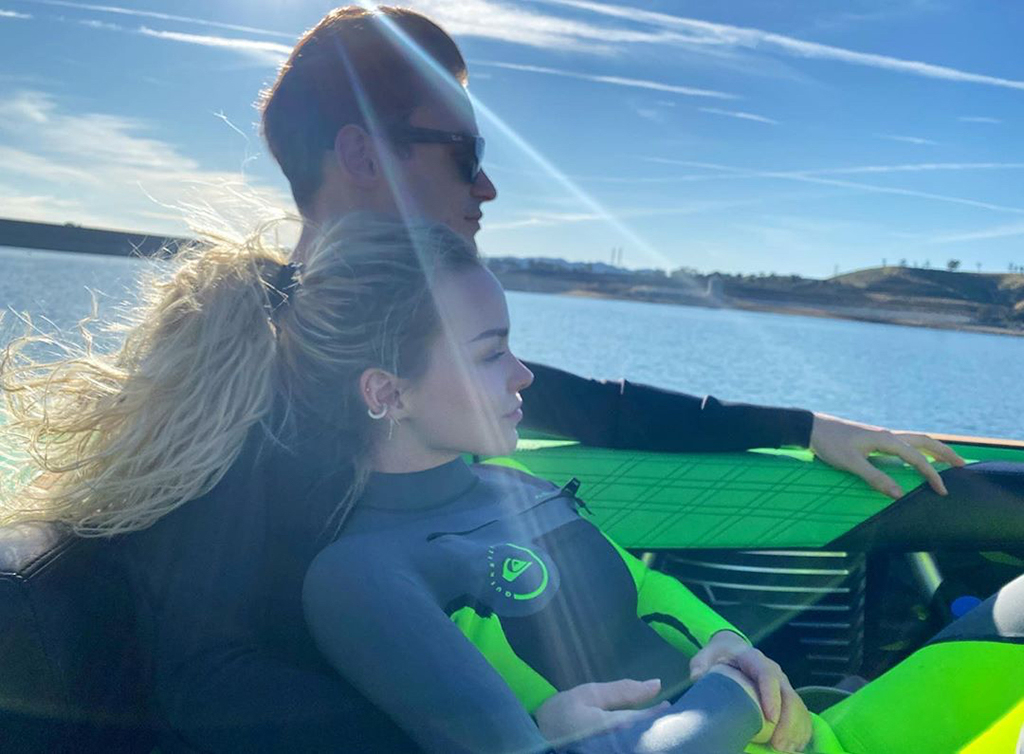 Dove Cameron's boyfriend, Thomas Doherty, went all out for her birthday.

The actress, who turned 24 earlier this week, dished on his special surprise via Instagram on Friday.

"Only photo evidence of an UNbelievable birthday of adventure & surprises orchestrated by this earth angel," she wrote alongside a photo of the duo enjoying a boat ride. "17 hours of cake, crepes, balloons, flowers, water sports on a private boat/lake, arcades, pizza, ice cream, a whole laser tag course to ourselves (surprising me with loads of my friends/family, some of which I hadn't seen in a year or more, all there to laser tag cause I f--king love it) finishing the day at my favorite little (secret) late night cafe for apple cider & pool. Drove me all over LA, keeping me in the dark until the very last min, organized to the very last detail. I mean, whatta guy. What I ever did to deserve this kinda love, I'll spend my whole life wondering."

The sweet post came hours after her former fiancé, Ryan McCartan, hosted an Instagram Q&A and accused Cameron of cheating on him during their time together. The topic came up after a follower asked the 26-year-old actor about his "proudest" moment.

"Within two weeks, my fiancée cheated on and left me, I almost died from food poisoning, and Donald Trump was elected president," he wrote. "I truly didn't think I would be able to make it through that part of my life. I'm proudest of the light that came from the darkness. And my ability to survive and turn the anger and sadness I had into positive life changes and a new way forward." 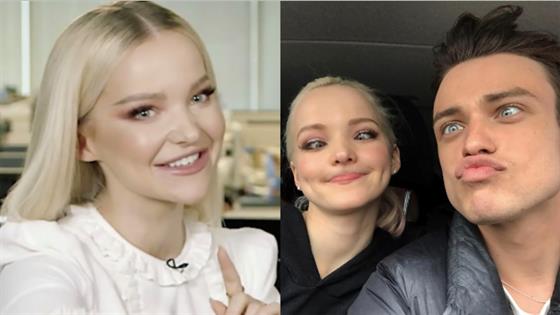 Now Playing
Up Next
"The Rundown": Dove Cameron Gushes Over BF Thomas Doherty

While Cameron hasn't directly commented on the accusation, she seemed to allude to it in a cryptic post. The Disney star shared a picture of a quote that read, "When a toxic person can no longer control you, they will try to control how others see you. The misinformation will feel unfair but stay above it, trusting that other people will eventually see the truth just like you did."

"Beautiful," she tweeted along with the message.

She also liked a bunch of tweets showing her support, including one that read, "@DoveCameron I mean if I was a man I would be jealous of Thomas too."

Cameron and McCartan met on the show Liv and Maddie and took their romance public in 2013. By early 2016, they were engaged; however, they broke up less than six months later.

"Dove has decided this relationship isn't what she wants," Cameron tweeted at the time. "We still love each other very much. Please be sensitive, as this is painful."

He also opened up about the split during an interview with E! News. 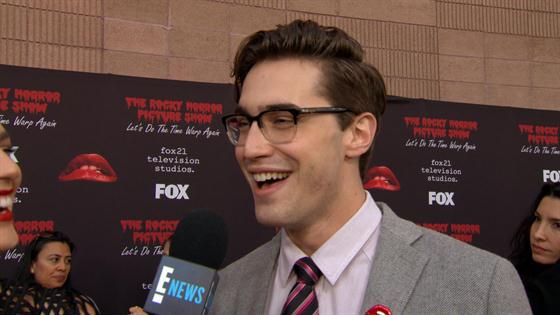 By the end of 2016, fans started to wonder if she was dating her Descendants co-star Doherty. Cameron confirmed the romance in 2017.