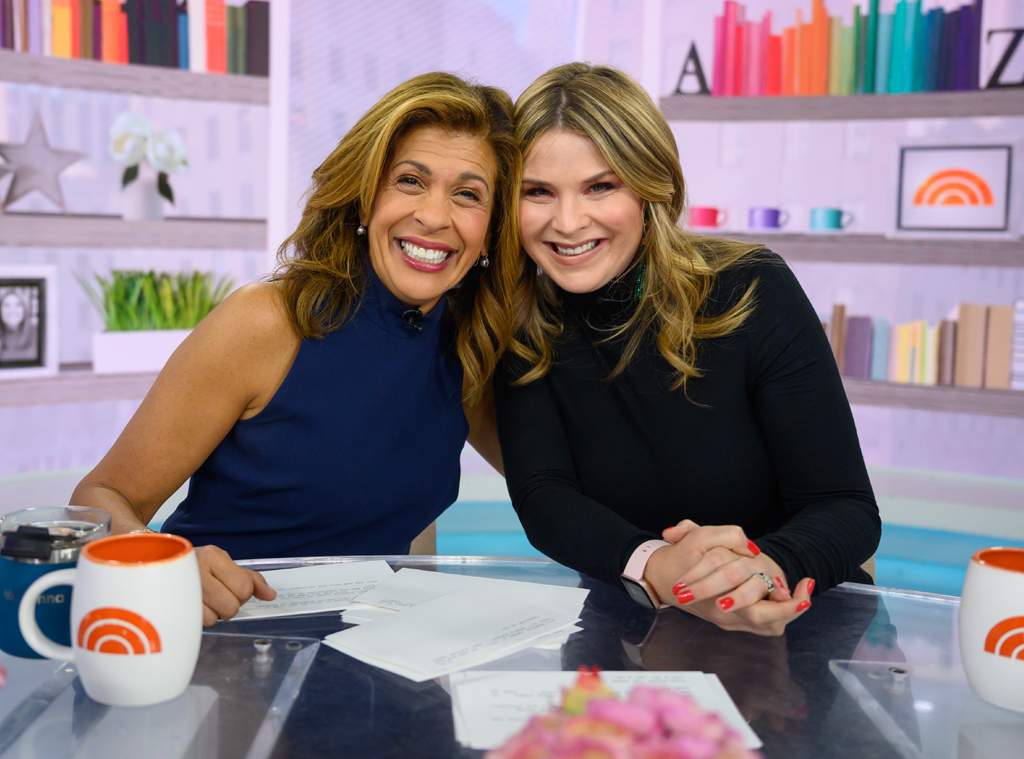 Tucked away on the sixth floor of the New York City's renowned 30 Rockefeller Center is a no judgement zone: Hoda Kotb and Jenna Bush Hager's studio.

Each day, the Today co-hosts and moms—between the two, they have five kids—head into work knowing they can be tired, crabby or, simply put, themselves. "If you say, ‘I didn't sleep all night,' we get it," Hoda tells E! News. "We're not judging. Especially in this job, you have to catch the person next to you. If you don't, it's over. And I know for a fact that if I start stepping in it or saying something crazy, she'll catch me." That is, of course, a two way street. "Vice versa," adds Jenna, "100 times."

It's that trust and candor—with each other and their audience—that's made them morning TV's must-watch duo: No topic is off limits and no conversation is censored. "We're honest in that we can feel weak and vulnerable as moms, as friends, as humans," Jenna says. "I think that's what people relate to. They're like, ‘Oh, that's me.'"

Even the April kick off of their Hoda & Jenna hour was so genuinely real, it couldn't have been scripted. Just two weeks after their first episode together—Jenna took over for Kathie Lee Gifford—Hoda announced she had adopted a second daughter and was starting maternity leave. Then, one month before her return, Jenna gave birth to her third child. They wouldn't reunite on-air until mid-November. (It was, of course, an event worth waking up for.) "If you add up how many shows we've done," jokes Hoda, "we've only been together for two months." 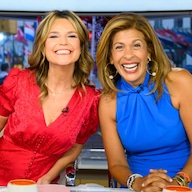 7 Reasons Why We Love Today

Their adventure together is only beginning. "We are both coming off of crazy years," admits Hoda. "We were on parallel paths and we're finally at the point where we're intersecting. I feel like we have so many more things to talk about because our lives keep going into these crazy new chapters."

Capitalizing on that need for conversation, they're now inviting viewers into what they call their living room. Starting this week, they'll host a live studio audience every Thursday and Friday. (Their first guest: Oprah Winfrey, a surprise Jenna epically pulled off for her friend and co-host.)

The new format not only allows them to connect with their fans, but it's also an opportunity for them to learn. "I don't think we really feel like people who are on TV," admits Hoda. "We feel like people who watch TV. We want to know how they do it all." And that's what makes their job that much more fun. "When we have guest on to talk about anything," adds Jenna, "we're like, 'Wait, so what should we be doing?'" 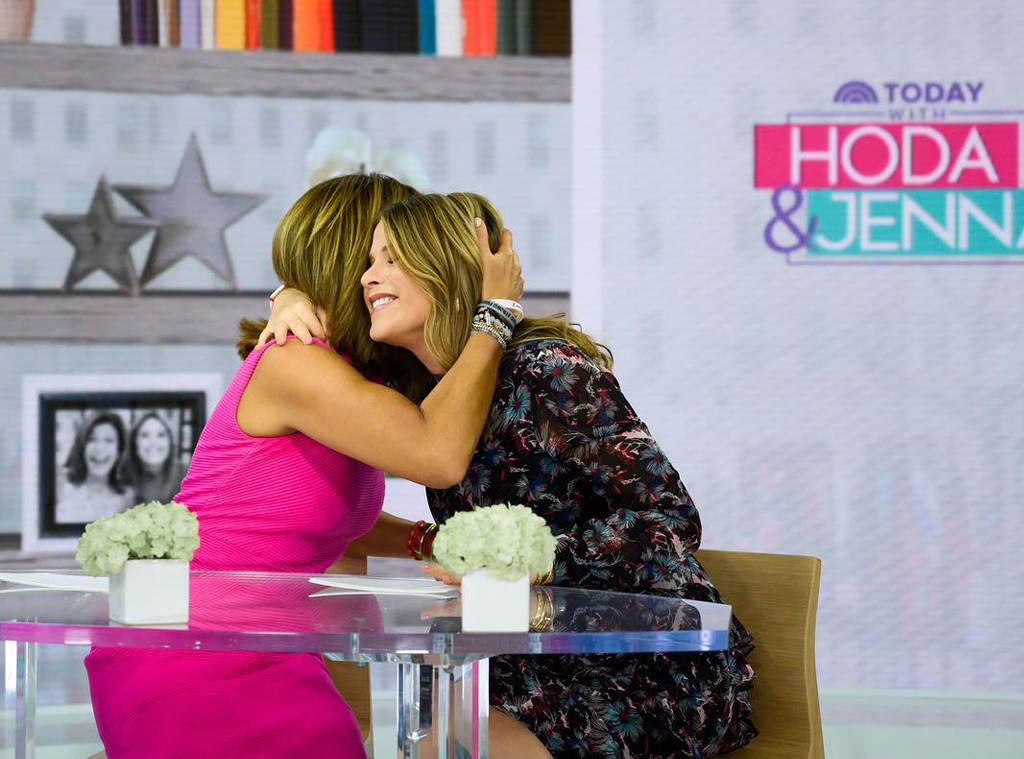 These days, it seems like all the puzzle pieces are finally coming together. "It feels like we're right where we're supposed to be," raves Jenna. "All this change feels, somehow, exactly right." Hoda couldn't agree more. "Sometimes you swim upstream in life and sometimes you ride the wave," she says, "And this feels like we're riding the wave."

Hoda especially is feeling the thrill of high tide. In November, she announced her engagement to longtime love Joel Schiffman. And though she's relatively hands-off as far as wedding planning goes—"I just want to sit in the moment"—she does have one request: Daughters Haley Joy and Hope Catherine play a role in the big day.

"I can't even believe I'm saying that sentence: Our kids being part of our wedding," she gushes. "Haley's been asking me, ‘What is it? What's going on?' She's like, 'Am I coming to the party?' And I say, 'Yes, you're coming.' They're going to walk. Joel and I will be there and the rest of it is just icing."

Perhaps more good things are to come, like a third addition to their family. After all, Jenna's brood—she and husband Henry Hager have kids Mila, Poppy and Hal—has had an effect on Hoda. "I love Jenna's life. I love how she is about her children and how she cares about them," she raves. " Jenna is like, ‘I have to tell you what Poppy did when she ran into the room.' Sometimes it's hilarious, sometimes it'll melt you."

And Hoda and Jenna are prepared for whatever comes their way next. "None of it feels scary," admits Hoda. "They say when you're ready, you're ready. Whether that's for a family, a relationship or a new show. Sometimes, I think things happen too early in your life and you're not ready. But we are ready."

With that, we're setting our alarms and cheersing our morning coffees.

The fourth hour of Today airs daily on NBC at 10 a.m. ET.

(Today and E! are both part of the NBCUniversal family.)