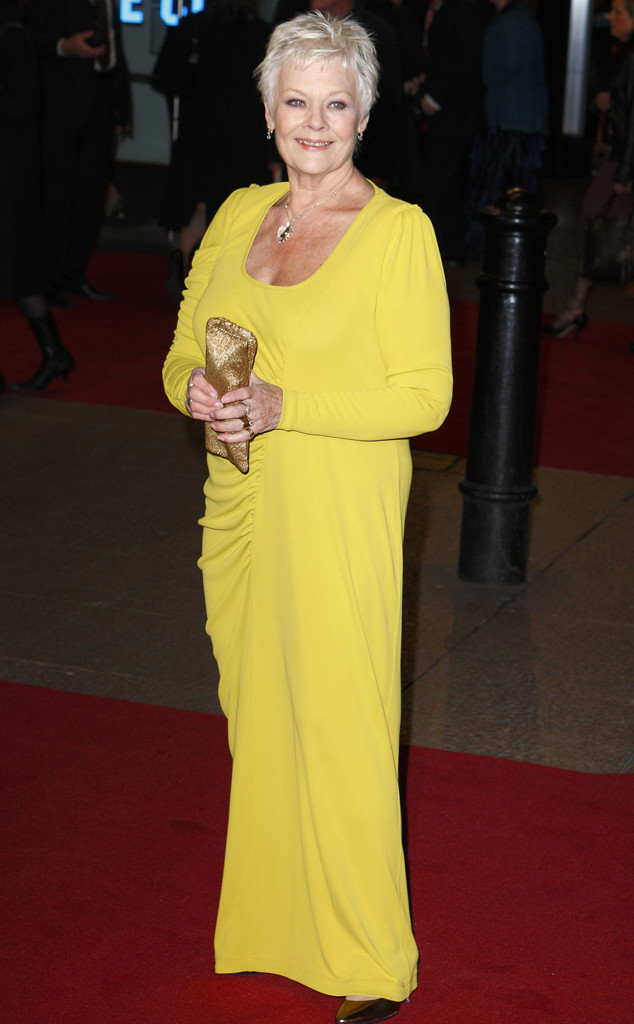 Luckily we have international treasures such as Dame Judi Dench around to remind us both of how it was then and how good it can still be now.

The British star of stage and screen turned 85 today and since she's as busy as ever, coming to a theater near you in Cats on Dec. 20 and with at least four more movies in various stages of production after that, we figured we'd take a moment to assess her prolific career now before we get even more hopelessly behind.

Dench, who has made her indelible mark in every genre, from Shakespearean comedy and tragedy to 007 spy thriller, recently shared why she continues to work so hard even though she'd be well within her rights to stop and smell the exotic marigolds for a minute. 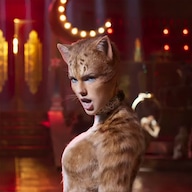 See the Stars of Cats in Character

"Every time I think, I'd better not turn this down, I may never get another," she told Radio Times in June.

Somehow, we don't think Dench needs to worry about such things.

Ultimately, though, the idea of retirement is a nonstarter. "People retire to paint or walk—do the things they've wanted to do all their lives," she said.

And Dench has been doing exactly what she wants this whole time.

Though younger generations may know her mainly as James Bond's polished boss M, or perhaps as the sharp-tongued Queen Elizabeth who was so compelling Dench won an Oscar for eight minutes of screen time in Shakespeare in Love, she started acting as a teenager and was a revered thespian in her native England for decades before the United States caught on. 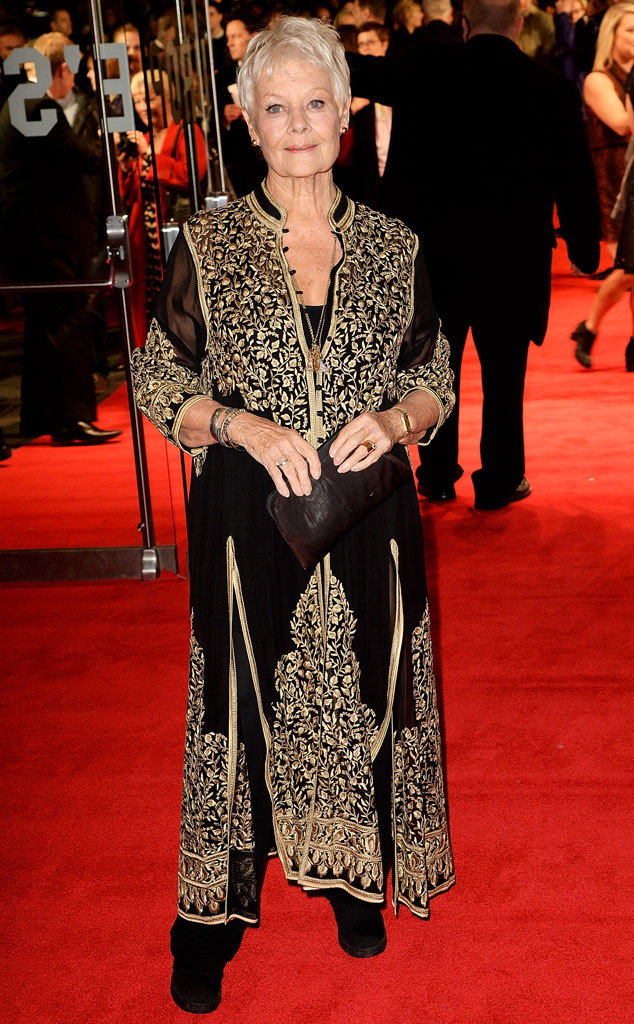 Macular degeneration has made it much harder to prepare for roles, as she needs the scripts read to her, and she stopped driving a few years ago, which Dench admitted was quite "traumatic." She also quipped that there may be some people who think she has snubbed them to their face, when in actuality she couldn't see their face.

But, "there's nothing you can do" about the condition, Dench said. "You adapt to it. So I ignore it altogether."

Considering she remains one of the busiest actors working today, count ability-to-adapt among her considerable talents.

In honor of her prolific career to date, with much more to come, here's a sampling of the work she's done through the years on stage and screen. 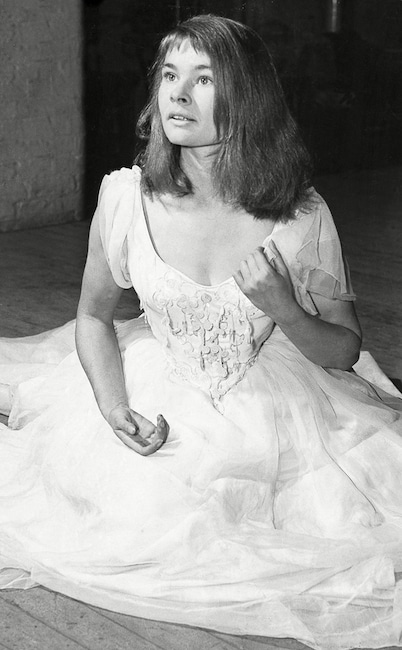 She made her professional stage debut at 18 playing Ophelia, her first of many go-rounds with Shakespeare, in an Old Vic Company production of Hamlet at the Royal Court Theatre in Liverpool. 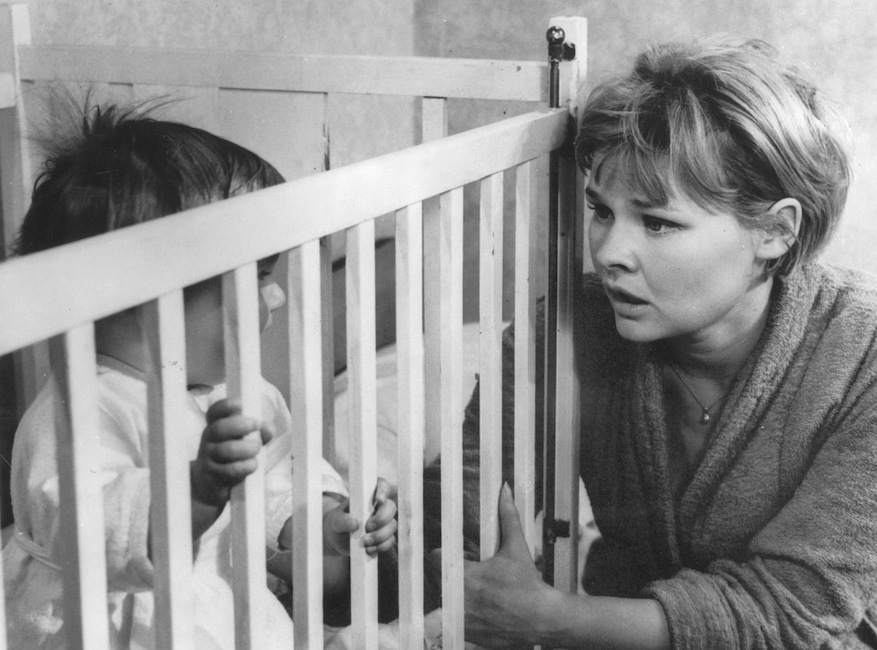 Dench made her film debut in the intense drama, playing a quickly disillusioned wife who's known only as Wife in the film, who along with her husband and another couple may or may not have something to do with a body found floating in the Thames. She promptly won the BAFTA for Most Promising Newcomer to Leading Film Roles. 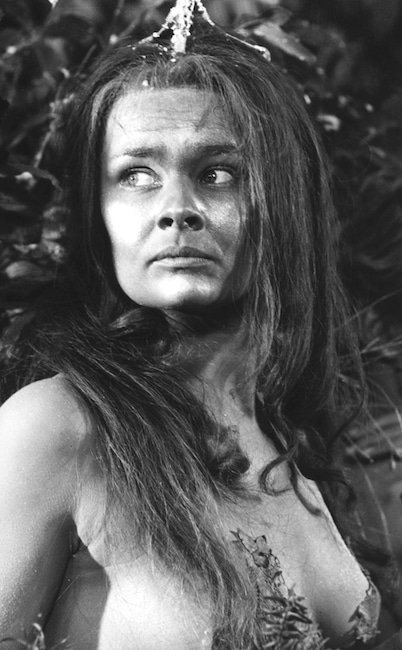 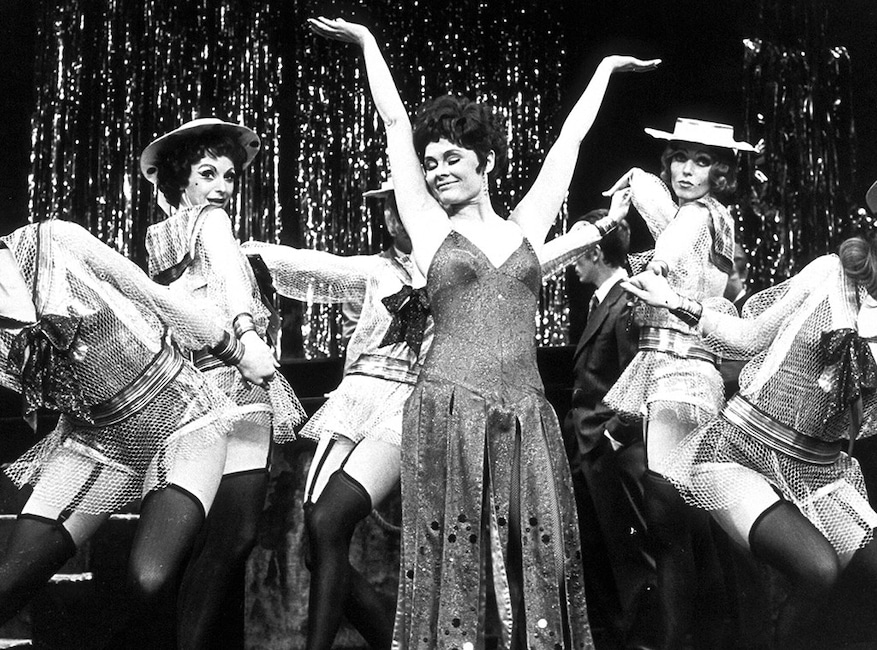 Dench was the first to play Sally Bowles when the now-classic musical set in Weimar-era Germany came to London's West End. 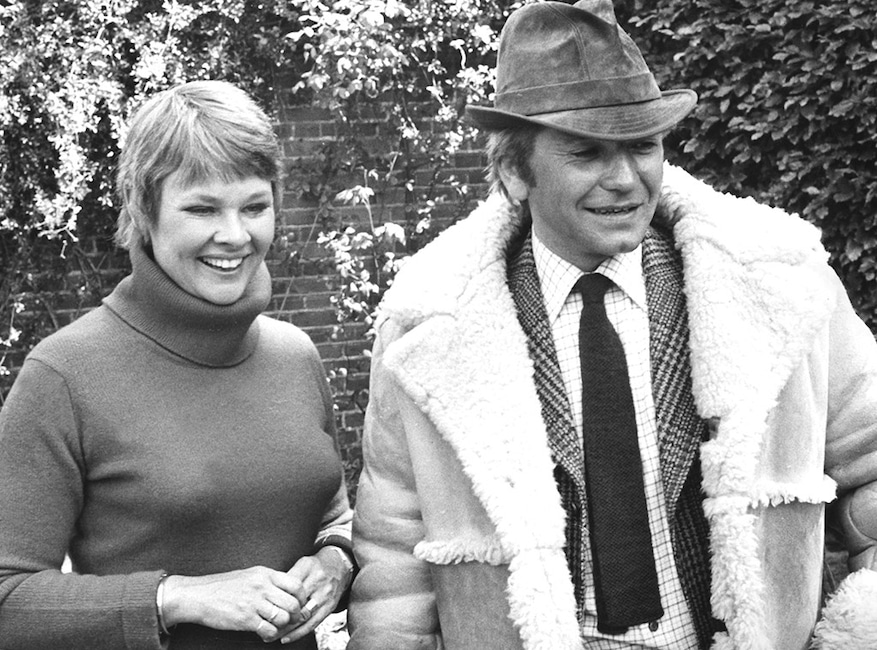 A thriller about the dark underbelly of steeplechase racing directed by Oscar winner Tony Richardson, Dench played the widow of a jockey whose seemingly accidental death during a race may have been murder. In British slang, "dead cert" means without-a-doubt certain. 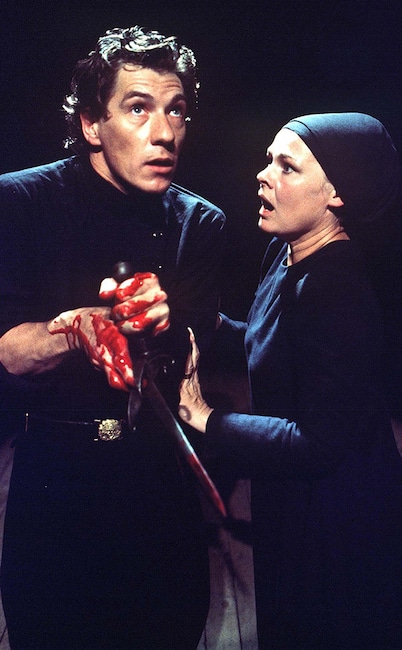 Among her many forays into Shakespeare, she played the nefarious Lady Macbeth in "The Scottish Play" opposite Ian McKellen for Trevor Nunn's Royal Shakespeare Company, which was turned into a TV broadcast in 1979. 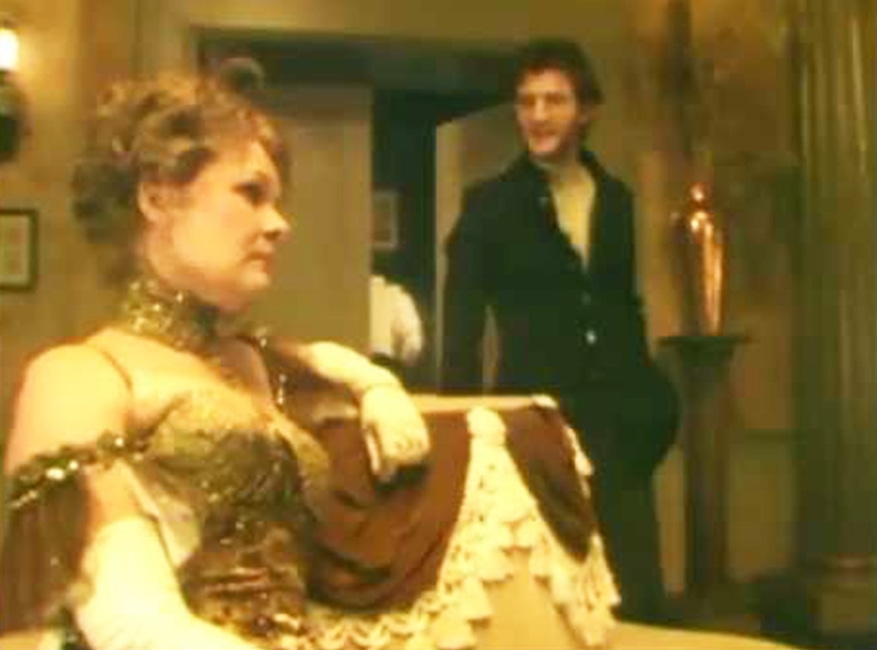 After playing Anya onstage in 1961, her first performance with the Royal Shakespeare Company, Dench matured into the role of Mme. Ranevsky in this BBC production of the Chekhov classic. 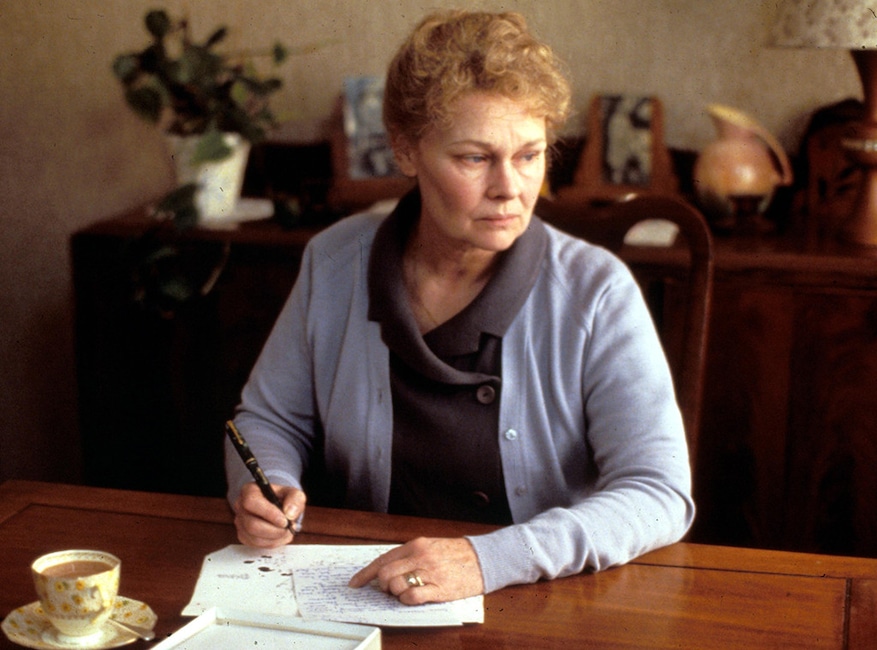 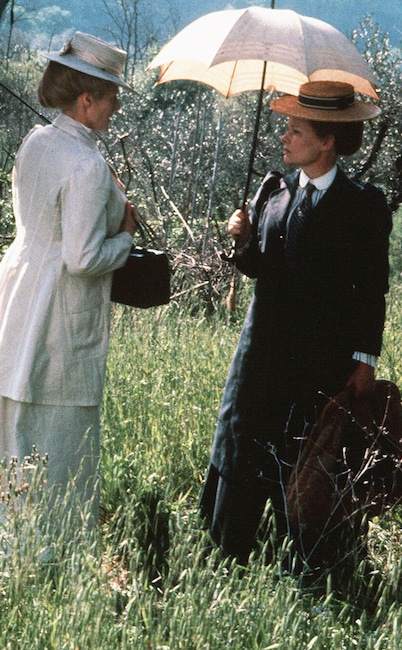 She won her second BAFTA, and first for supporting actress, for playing novelist Eleanor Lavish in the epic Merchant-Ivory adaptation of the E.M. Forster classic. 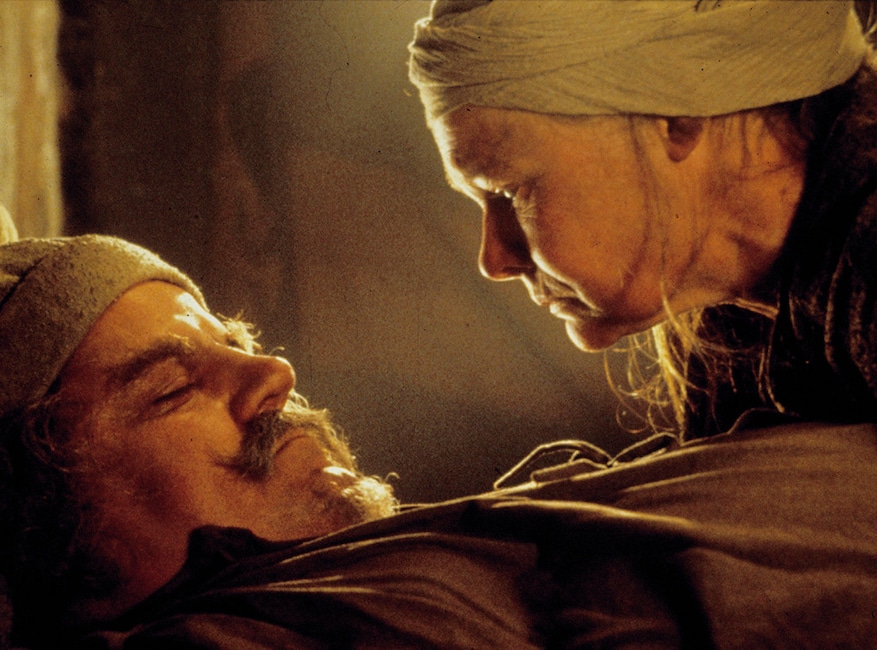 Dench made her New York theater debut playing Katherine in a 1958 Franco Zeffirellii production of Henry V—and 30 years later she was innkeeper Mistress Nell Quickly in Kenneth Branagh's star-studded first foray into directing a screen version of one of the Bard's plays—and his feature directorial debut altogether. The year beforehand, Dench had directed Branagh in a Renaissance Theatre Company production of Much Ado About Nothing in London. 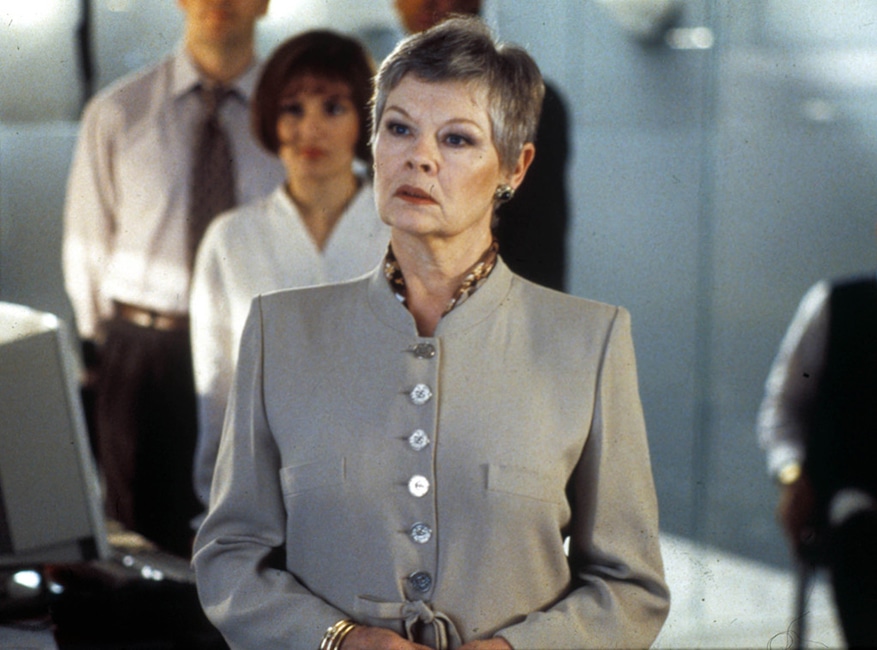 Dench joined the cinematic wing of British secret intelligence as M, head of MI6 in James Bond's world, for Pierce Brosnan's first turn as 007—and stayed on as his superior through Tomorrow Never Dies, The World Is Not Enough and Die Another Day. 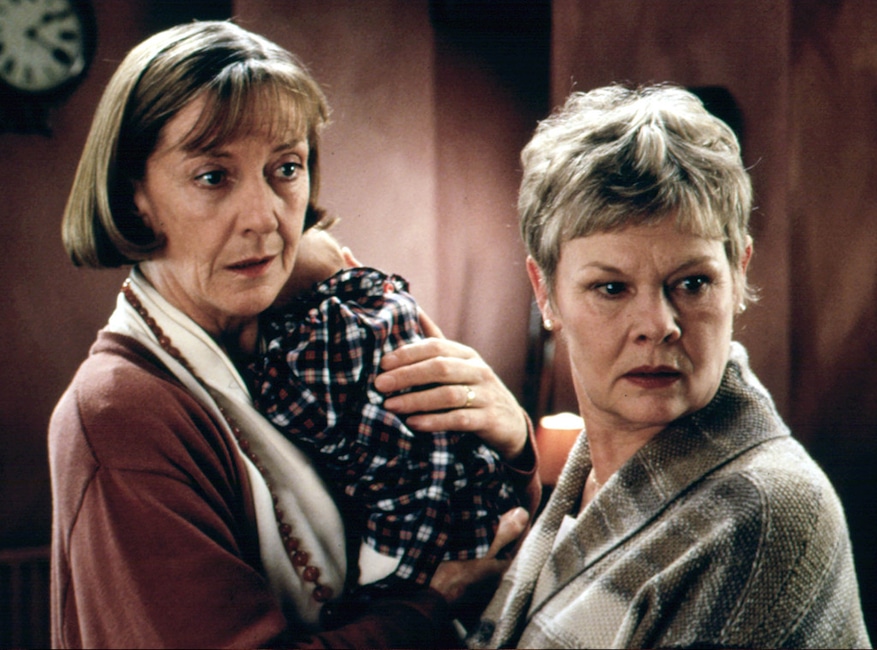 In the quirky British rom-com, Richard Grant played a brand-new dad, Jack, whose wife died in childbirth and, unable to cope at first, leaves his newborn daughter in the care of his parents—until they decide to drop the child back off while he's sleeping to force him to accept his responsibilities. 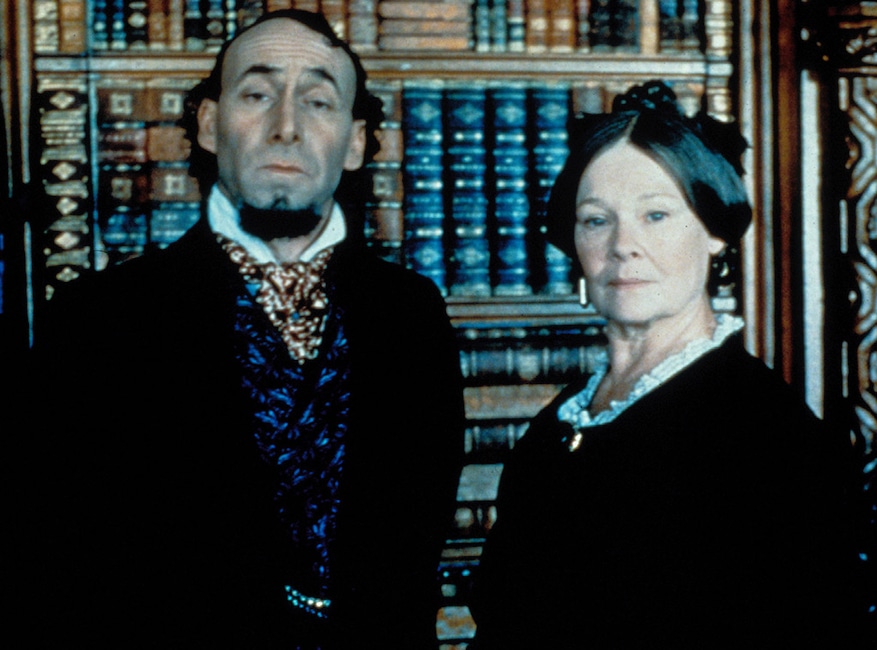 Dench received her first Oscar nomination and won the Golden Globe for lead actress in a film drama for her first turn as Queen Victoria in the story about the widowed royal's ultimately scandalous friendship with her late husband's devoted Scottish servant John Brown. 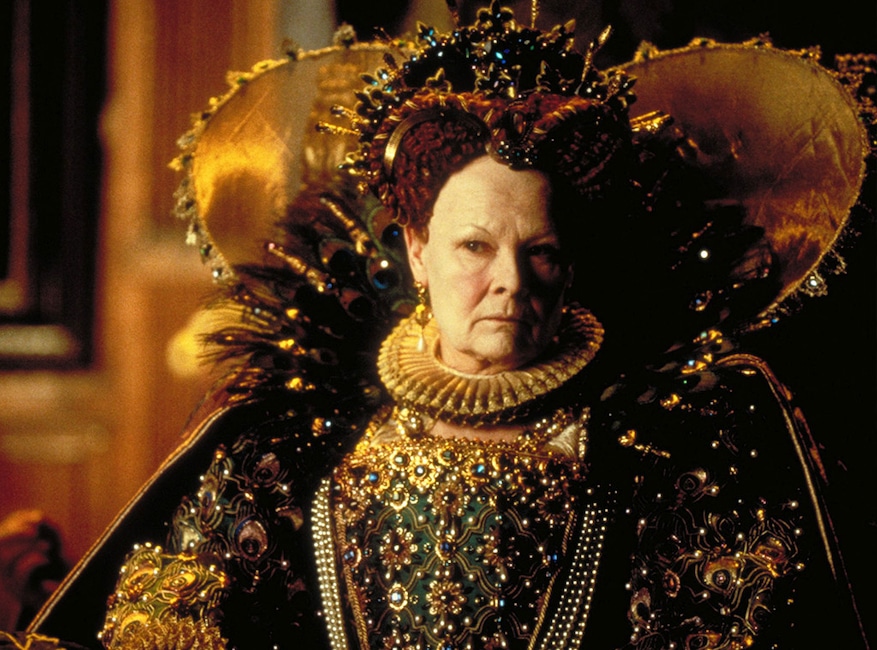 "I feel for eight minutes on the screen, I should only get a little bit of him," she said in accepting her only little gold man to date. 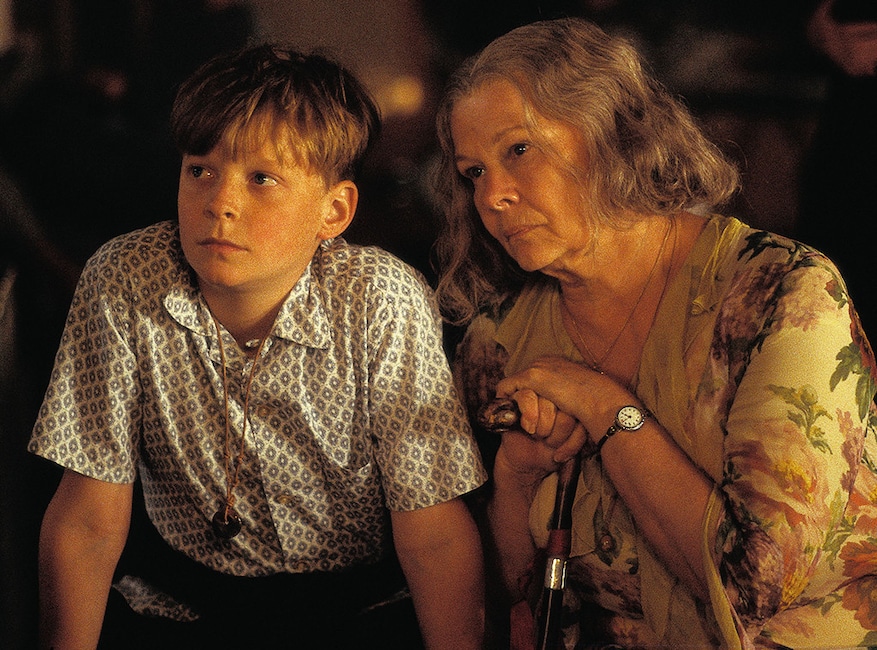 There was almost no one in the provincial French village who remained uncharmed by the new sweet shop in town—or at least not by the end. Dench won a SAG Award for supporting actress and was nominated for an Oscar for her role as the landlady who lives above the shop, whose estranged daughter is one of the early chocolate naysayers. 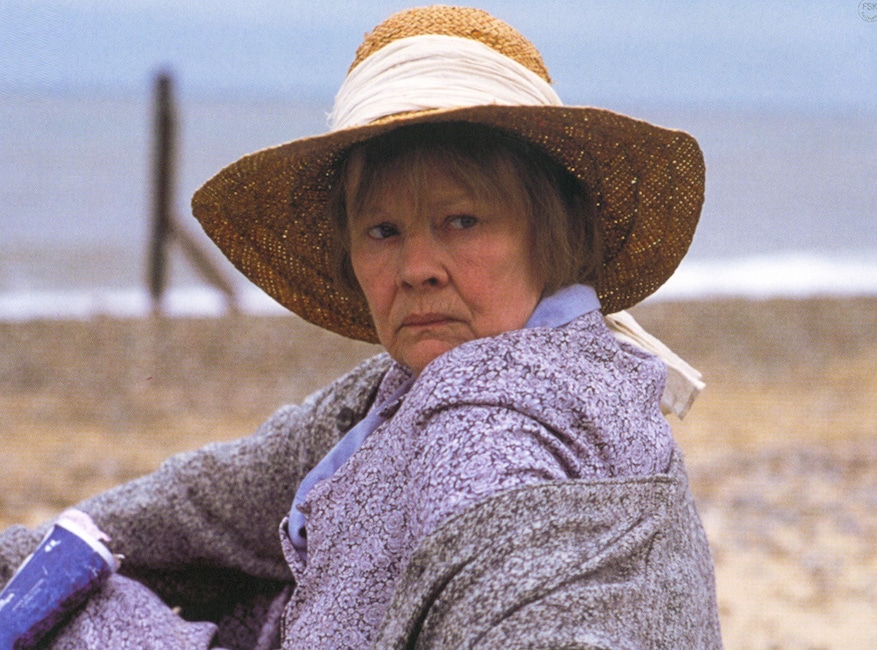 She was nominated for everything (and won her sixth BAFTA) for her turn as real-life British novelist Iris Murdoch as she battles Alzheimer's in the Richard Eyre-directed film about her relationship over the decades with her husband, writer John Bayley, played in his later years by Hugh Bonneville. Kate Winslet and Jim Broadbent played the couple in their earlier years. 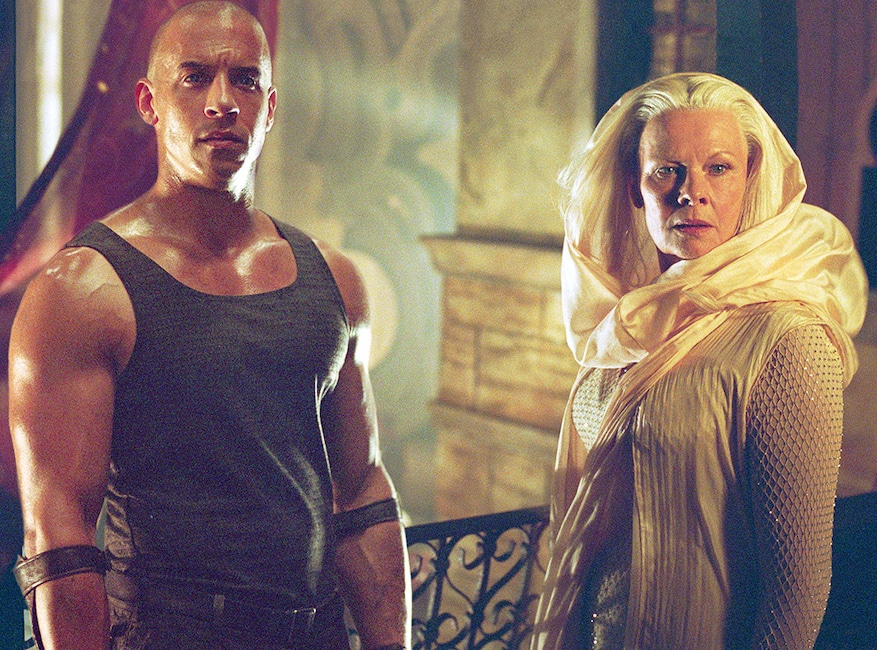 The Chronicles of Riddick, 2004

She doesn't always do Shakespeare—sometimes she does sci-fi, as in this Vin Diesel action thriller playing Aereon, an Air Elemental. Sounds about right. 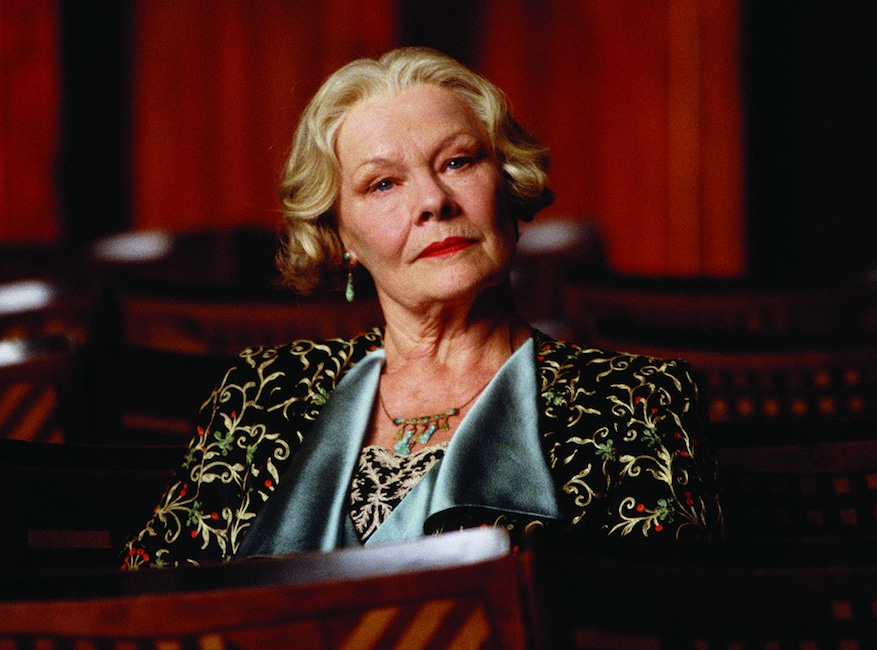 She received her fifth Oscar nomination and sixth Golden Globe nomination for her turn as the real-life Laura Henderson, a wealthy and eccentric widow who ran a bawdy theater in London—it was her idea to feature nude women—and her efforts to keep it open during the Blitz. 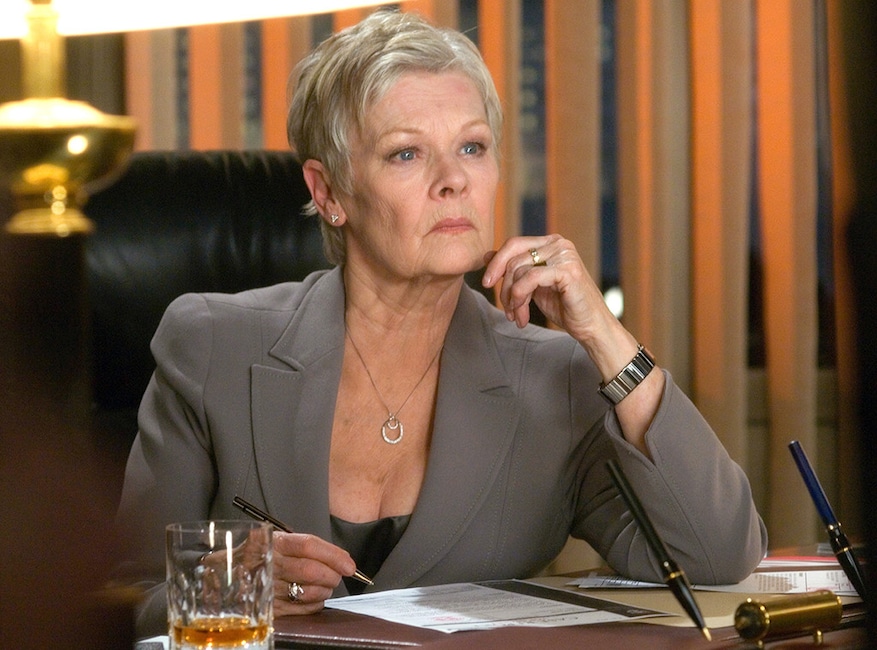 Her fifth turn as M and first opposite Daniel Craig, suiting up as 007 for the first time and in one of the best-reviewed Bond films in ages. 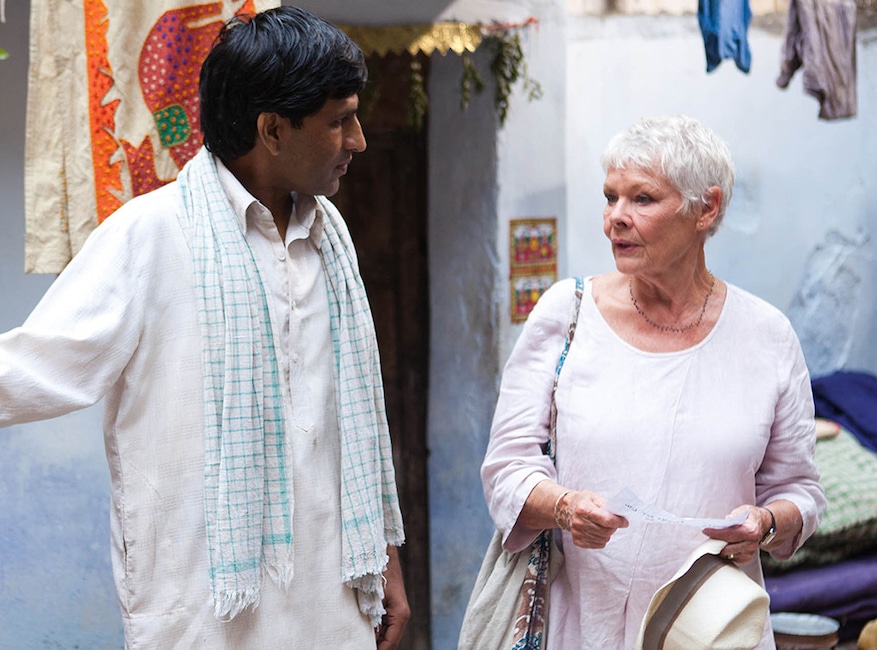 The sleeper hit, starring Dench as one of several British pensioners who retire to India, proved there's always an audience when you combine some of England's finest actors and a top-notch script. Playing a widow who's revived by the fresh new atmosphere abroad, Dench received her 10th Golden Globe nomination. 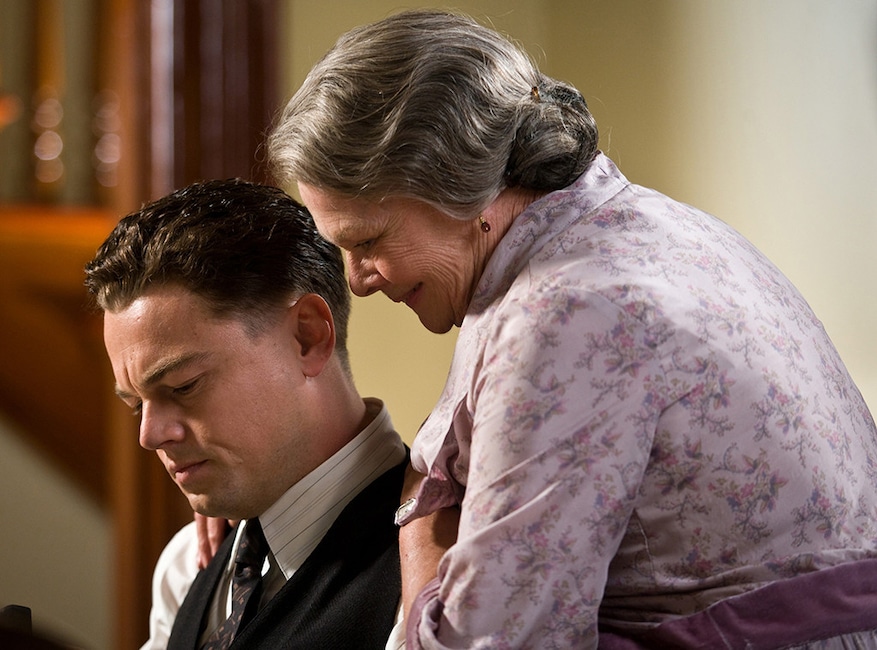 She played the mother of Leonardo DiCaprio's J. Edgar Hoover in the Clint Eastwood-directed biopic about the infamous FBI director. 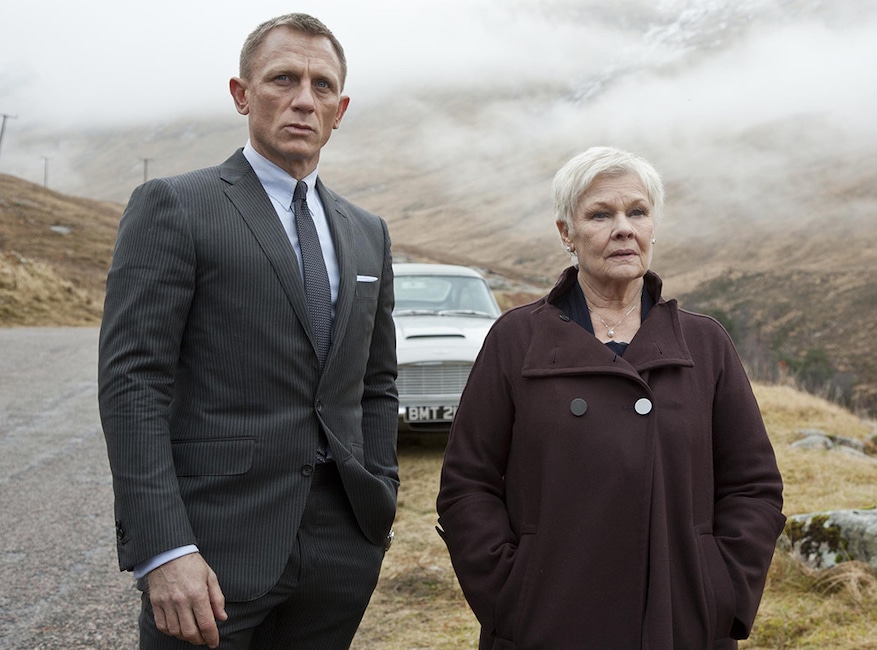 Her last credited appearance as James Bond's witty but no-nonsense boss M came in the third film starring Daniel Craig as 007--though she managed to still advise from beyond in 2015's Spectre. 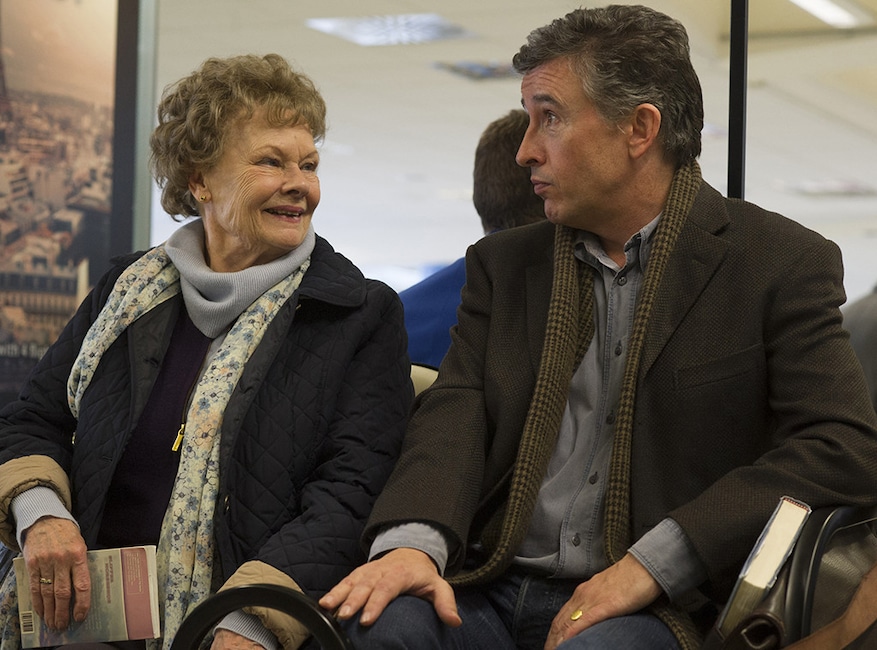 Another true-life tale, directed by Stephen Frears and co-written by Steve Coogan, about a woman's search for the son she was forced to give up for adoption as an unwed mother in Ireland 50 years ago. Dench received her 11th Golden Globe nomination and seventh Oscar nomination. 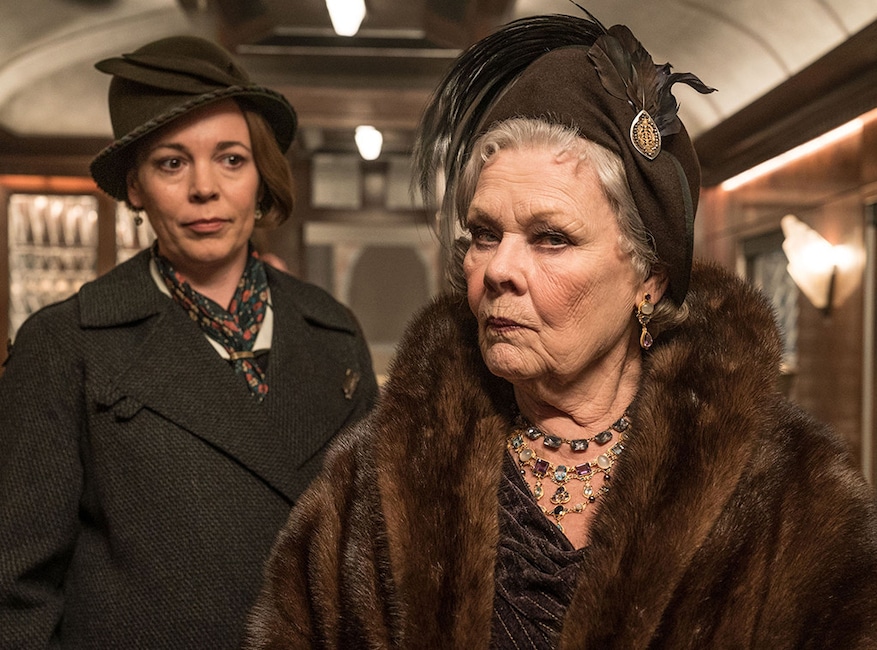 Murder on the Orient Express, 2017

Playing Princess Dragomiroff, re-teamed with director Kenneth Branagh for his take on the Agatha Christie classic, first published in 1934. 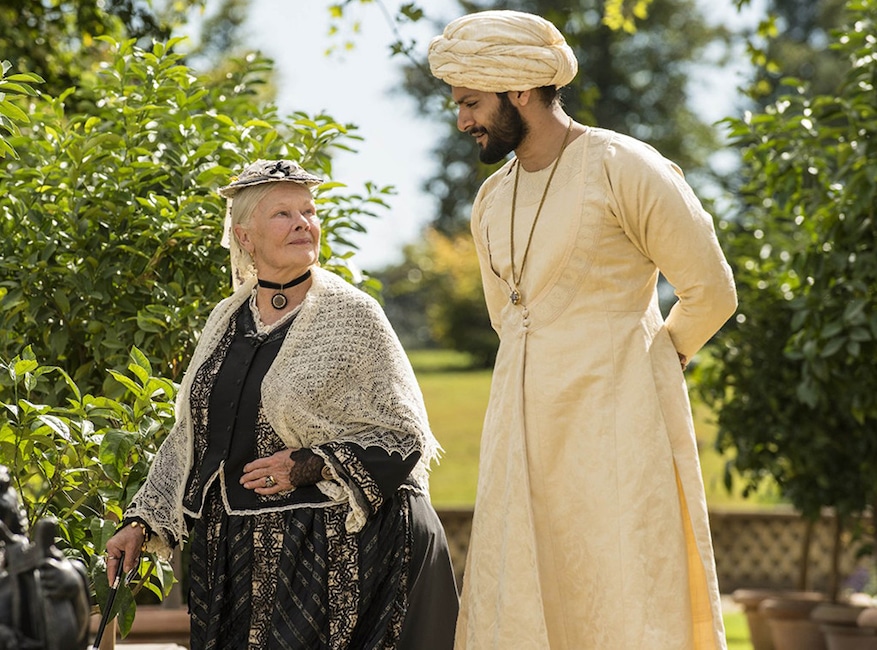 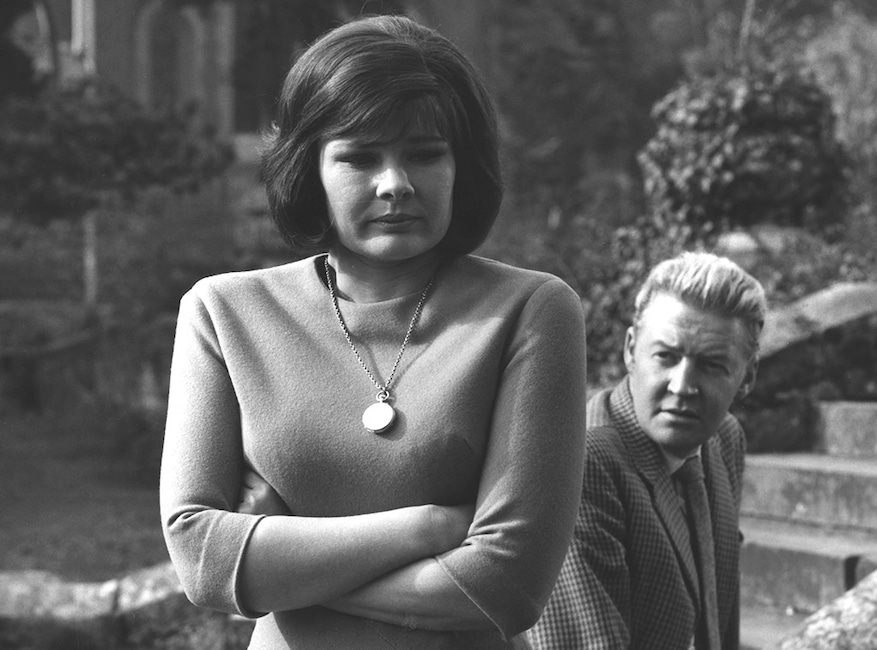 With a title that comes from the Indian proverb, "he who rides a tiger can never jump off," the British crime drama was inspired by the true exploits of real-life cat burglar Peter Scott. 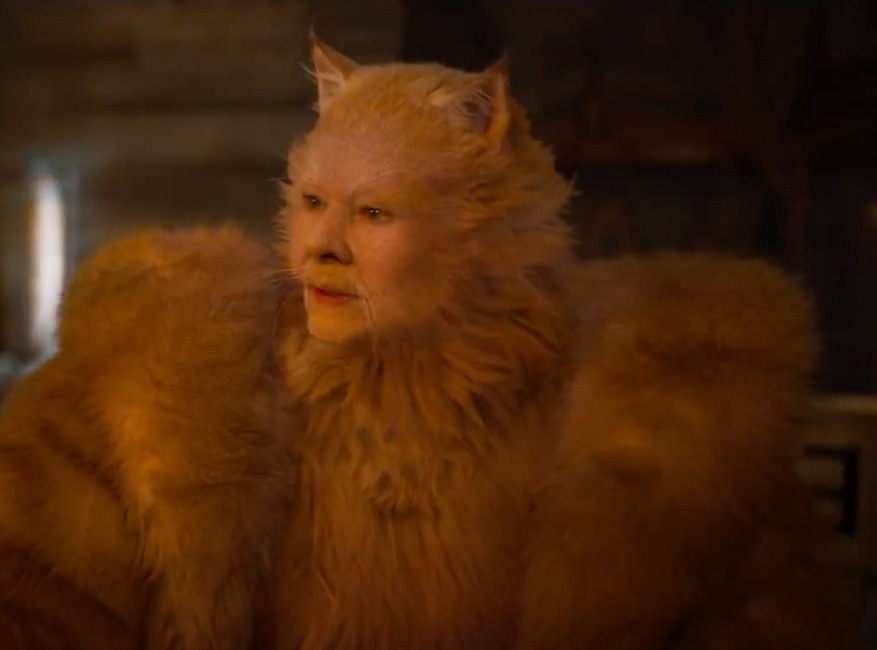 Love or loathe the idea, Dame Judi Dench will be nothing less than magisterial as Old Deuteronomy in Tom Hooper's lavish adaptation of the Andrew Lloyd Webber musical, due out Dec. 20.

"Age is a number, it's something imposed on you," Dench, who's been a Dame Commander of the British Empire since 1988, said at a screening of the BBC 1 Christmas drama Esio Trot in 2014, per Radio Times. "It drives me absolutely spare when people say 'Are you going to retire, isn't it time you put your feet up?'' or tell me [my] age."

She continued, "I don't want to be told I'm too old to try something. I want to see for myself if I can't do it rather than be told you might have a fall or you can't learn your lines. Let me have a go. Let us all have a go."

Only one time did she worry about growing older, Dench shared.

All we have to say, then, is vroom-vroom. Cats aside, Dame Judi Dench can still really purr.