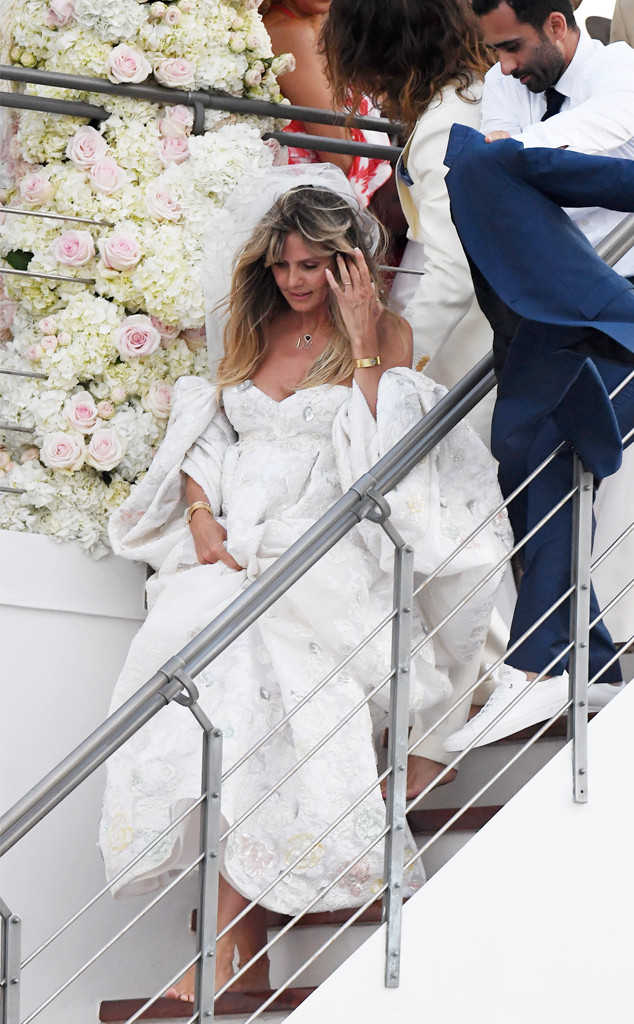 Months after tying the knot privately in California, the 46-year-old supermodel and former America's Got Talent judge and Project Runway host married 29-year-old Tokio Hotel guitarist Tom Kaulitz on Saturday in a second wedding ceremony in front of family and friends, according to multiple reports.

The couple said "I do" on a their luxury yacht, Christina O, off the Italian island of Capri. The bride looked gorgeous in a white strapless wedding dress with detachable puffed long sleeves and a veil. The groom wore a cream suit with a blue shirt.

Heidi's kids Leni, 15, Henry, 14, Johan, 12, and Lou, 10, stood next to the pair at the ceremony, according to German magazine The Bunte. In fact, a source told E! News the model's children were part of the ceremony in a special way. "Heidi's kids were all in the wedding. The girls were bridesmaids and wore white dresses that matched their mom. The boys were ring bearers and wore tan suits."

The yacht, where the ceremony took place, was once owned by Aristotle Onassis, and also hosted his wedding reception to Jacqueline Kennedy Onassis and the wedding reception of Princess Grace Kelly to Prince Rainier III, People reported.

Of the actual ceremony, our insider shared is was "on the top deck, under a canopy draped with fabric and strands of white orchids." Additionally, "There were hundreds of white and pink roses that formed an archway."

Moreover, "Guests sat in gold chairs in a semi-circle around them. The ceremony was full of cheers and laughter," the source shared. "Tom's twin brother Bill officiated the vows. Heidi and Tom had their arms around each other for most of it. They looked at each other adoringly the entire time." 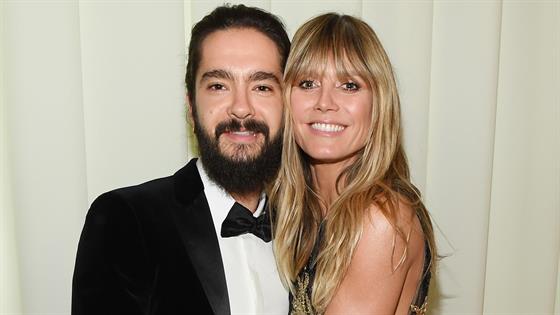 Now Playing
Up Next
Heidi Klum & Tom Kaulitz Are Married...Again! Inside Their Italian Wedding

Before the big day, Klum posted several photos of the dynamic duo enjoying their time in Italy. "Limoncello all day," she captioned a video.

According to multiple reports, the two legally became husband and wife back in February after obtaining a marriage license in California. The major milestone came just a few months after the musician popped the question in December 2018.

It looked like the entire family was excited about the wedding, too.

"The kids adore Tom. They can't wait for the wedding!" Klum told the UK's Closer magazine back in March. "They'll be very involved in it all." 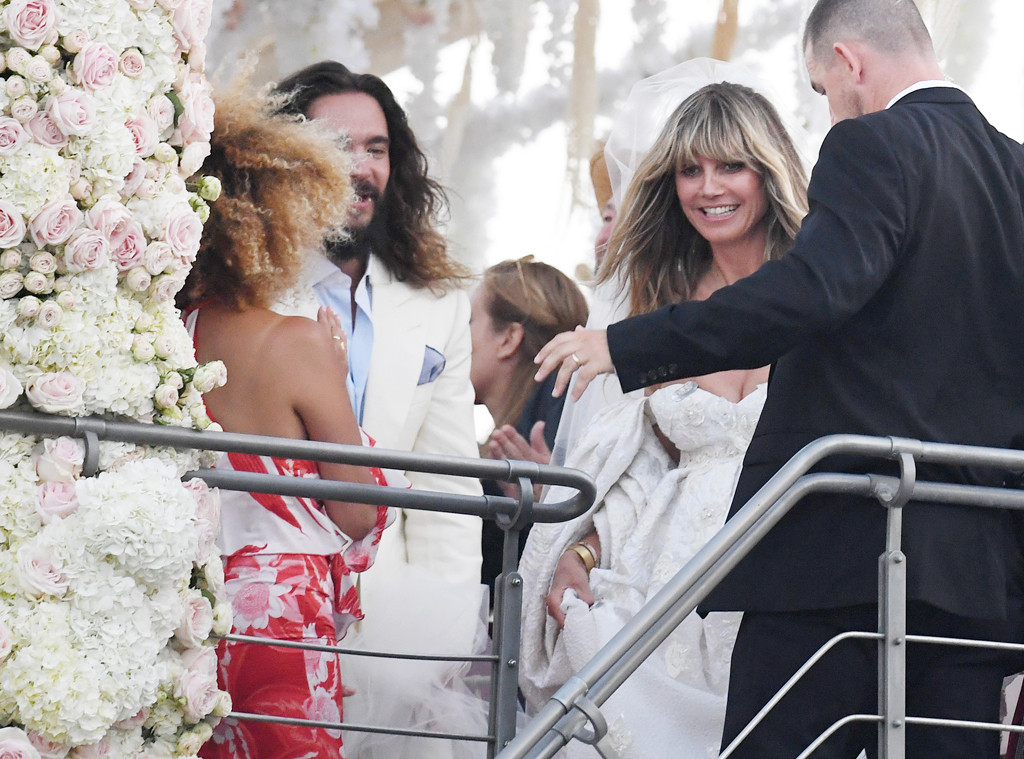 The stars first sparked romance rumors in March 2018 after they were spotted kissing on the set of America's Got Talent, for which Klum served as a judge.

"We met in February 2018—and honestly I would have married him that day, probably!" she told the publication. 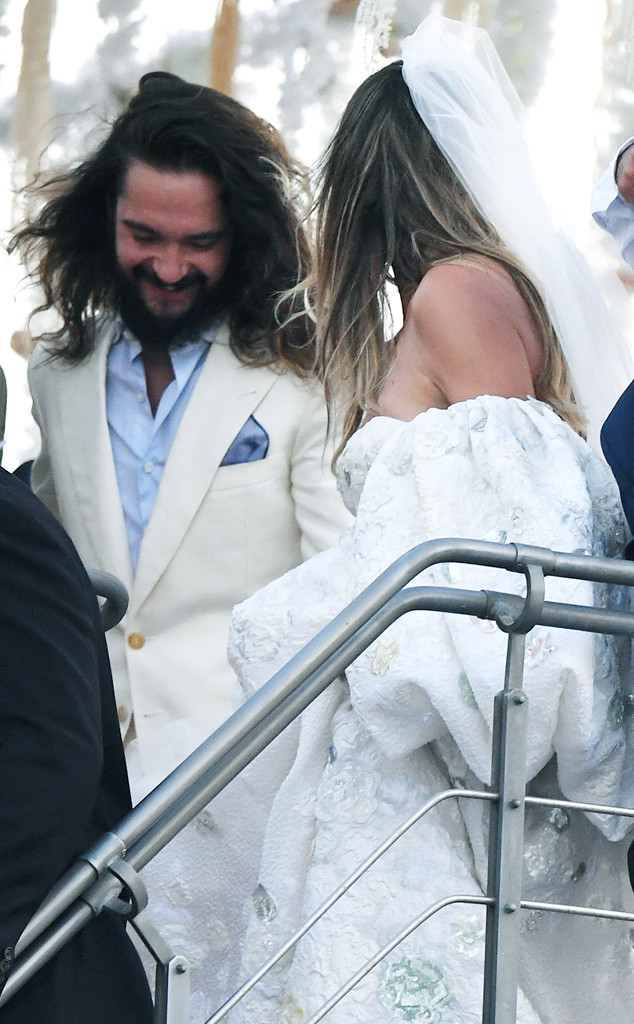 Still, they didn't make their red carpet debut as a couple until the Canes Film Festival amfAR Gala in May of that year. After that, the two weren't afraid to share their love story with the public. From packing on the PDA on social media to dressing up for Klum's star-studded Halloween party, the lovebirds let their fans know how they truly feel.

This marks Klum's third marriage. She was married to stylist Ric Pipino from 1997 to 2002 and then to Seal from 2005 to 2014. Kaulitz was also formerly married to Ria Sommerfeld.

Cheers to the happy couple!