Why Ellen Page Thinks Her Umbrella Academy Character Is Relatable 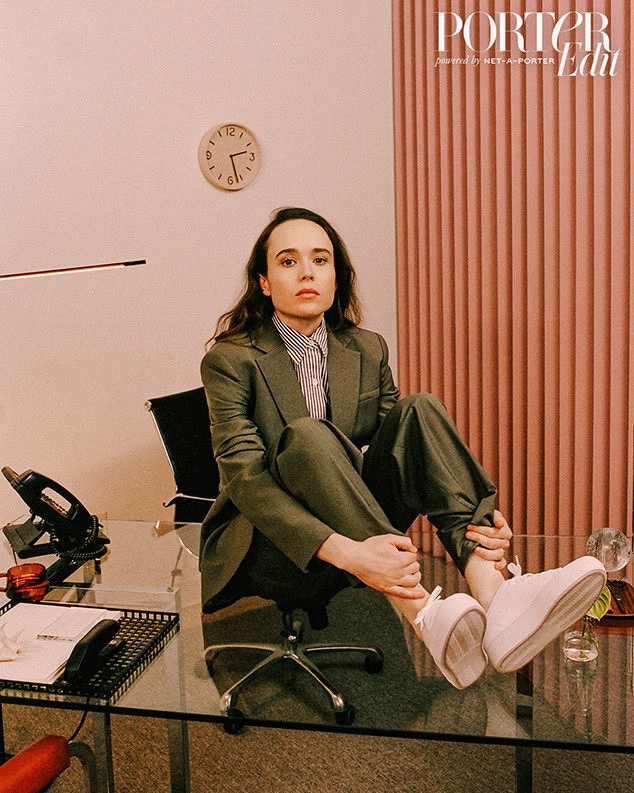 Ellen Page has brought a character to life that she thinks other women can connect with.

The 32-year-old actress of Inception and Juno fame is currently starring in Netflix's adaptation of The Umbrella Academy comic book series, which chronicles the peculiar life of sibling superheroes. Page plays Vanya, the seventh child, who is unaware of her powers because of her father's interference.

"She had a very abusive childhood, as did they all," the actress said in a new interview with Net-a-Porter's digital magazine, PorterEdit. "But on top of the abuse, she has been separated from the others, and constantly made to feel worthless."

"As an adult," she continued, "it's hard for her to have intimate relationships, and she struggles with anxiety and depression. I'm sure a lot of people, particularly young women, will really relate to her."

When it comes to facing personal strife, Page can also relate. After all, there was a time when people tried to block her from being true to her identity. "I was distinctly told, by people in the industry, when I started to become known: 'People cannot know you're gay.' And I was pressured—forced, in many cases—to always wear dresses and heels for events and photo shoots...As if lesbians don't wear dresses and heels," she told the magazine. "But I will never let anyone put me in anything I feel uncomfortable in ever again." 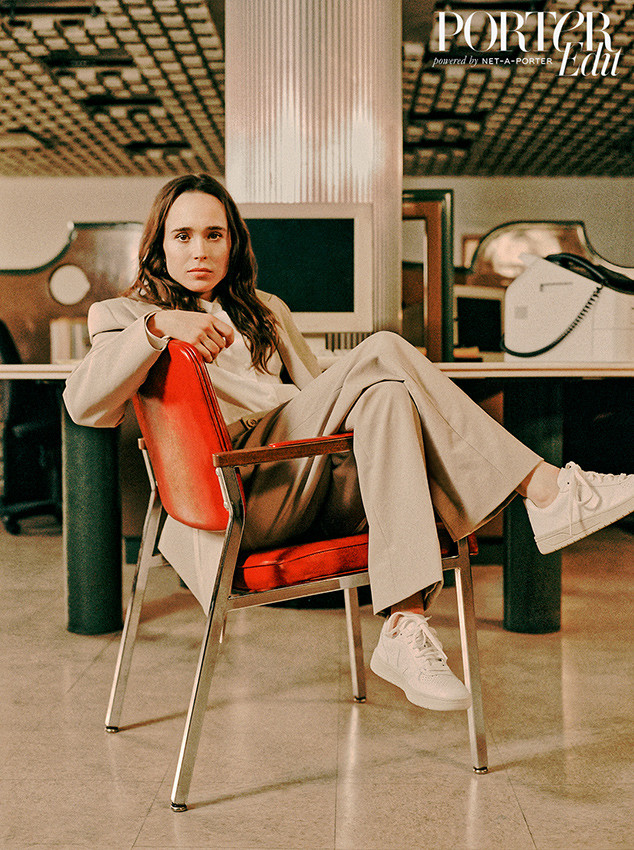 She has since addressed her sexuality publicly, declaring in February 2014 during a speech at the Time to THRIVE conference that she is gay. By that point, however, her personal life had long been a subject of tabloid fodder. "I was 20, I had just fallen in love for the first time with a woman, and I was still navigating my own stuff, while people were writing articles headlined: 'Ellen Page's sexuality sweepstake.' There was a tabloid magazine that I saw at every checkout, in every gas station, with a picture of me on the cover, and the question: 'Is Ellen Page gay?'" she recalled. "It was very detrimental to my mental health."

Fortunately, society has experienced a slight shift since. "I remember being in my early 20s and really believing it was impossible for me to come out," she told PorterEdit. "But, over time, with more representation, hearts and minds have been changed. It doesn't happen quickly enough and it hasn't happened enough, particularly for the most marginalized in the community. But things have got better."

They certainly have for Page, who announced last year that she married professional dancer Emma Portner, and told the magazine that adopting is something she thinks they would do.

"I'm so in love," the actress told the magazine. "I love being married. I'll be walking my dog, and I start talking to people, and I end up telling them about my wife and making them look at our Instagram. I'm that person."

To see the full interview, read PorterEdit and/or download the Net-A-Porter app for iPhone, iPad and Android. Search for NET-A-PORTER on the App Store and Google Play.