Lala Kent Tears Up Thinking About Her Wedding Day Without Her Father: "I Lost Half of Who I Am" Lala Kent isn't afraid to be open about her grieving process.

The Vanderpump Rules star revealed on April 23 that her father died. She captioned an Instagram video at the time, "Rest in paradise, my sweet dad. The world seems to be spinning much slower. I've never felt so lost. I've never felt so sad. My world has crumbled."

A few months later, she got engaged—one day before her 28th birthday—in a romantic proposal that involved a getaway to Cabo San Lucas, Mexico, fireworks and a ring worth $150,000. She wrote on Instagram a day after Randall Emmett popped the question, "Last night was the best night of my entire life. I got engaged to the man of my dreams. I get to call this amazing human my fiancé! An engagement last night, my birthday today, and every sign my dad could possibly send me to let me know he's here. I'm the happiest girl in the world."

Although she has her big wedding day to look forward to, Lala is already aware of how she'll feel when her father won't be there to walk her down the aisle. 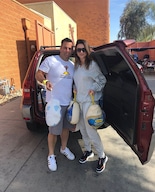 The 28-year-old stopped by Just The Sip and talked to E! News'Justin Sylvester about all things family and relationship-related.

Lala opened up in the show about her wedding day and other big moments in her life without her dad. "I've gone through the struggles of wondering who's going to walk me down the aisle, who's going to sit there and be a grandfather to my babies. It's just heartbreaking to me," she said as her eyes welled up.

As she continued to discuss her loss, Lala began crying and tears fell down her face. "I'm in this zone of letting people know that you're grieving process is something to just hold very close to you. If there's anything I've learned, it's not that there's a right or wrong way to grieve, but there's a healthy way.  It's just a day-by-day thing. I'm still in the process and I don't have it figured out," she said. "I lost half of who I am. There's not a minute that goes by where I don't think about my dad. We were extremely close." 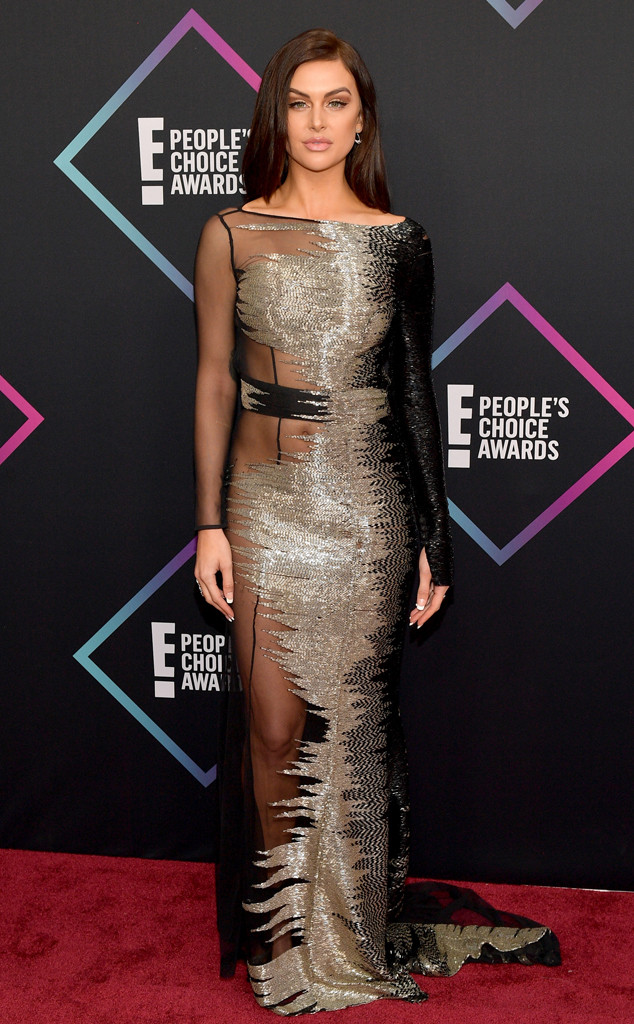 Lala posts about her father frequently on social media, but she opened up a great deal about her grieving process and how she's coping. "The passing of my dad sent me into hypersensitive, totally overboard emotional thoughts where I didn't quite know my place. I'm still trying to figure it out," she shared on Just The Sip. "I'm still going through my grieving process and there are days where I feel like I totally have it together and my mind is working in my favor."

She then revealed doesn't know exactly how her father died, but "all I know is that he passed away in peace."

The Give Them Lala cosmetics owner continued, "There was no massive heart attack. The month before he died, he had a stroke while driving, was in a terrible car accident. His health had been slipping and I think his heart gave out."

On a more positive note, Lala continuously gushed about her fiancé and how she knew he was the one for her. Despite her peers on Vanderpump Rules thinking she "was going to be a side-chick forever," Lala proved them all wrong. She expressed, "When it's love it's just love. You can't fight that feeling."

She added, "I always knew that this was my person. You can't f--k with love. We're not in this for any other reason."

At another point during her wine-sipping chat with Justin, Lala praised Randall for loving her and supporting her even in the hardest times. She beamed, "He's the only person in the entire world that knows how to deal with my heart and soul."