Even though the 2020 Super Bowl is just days away, we're taking this time to walk down memory lane.

But instead of reminiscing about the glory days of the beloved NFL event, we're looking back at something far more important: the best style moments to ever happen during the Halftime Show performances.

From Beyoncé's eye-catching black leather military jacket, gold chain harness and combat boots in 2016 to Diana Ross' larger-than-life strapless gown that swallowed the stage in 1996, these were the fashion lewks worthy of their own trophy.

Lady Gaga made several outfit changes during her performance, which stole the show in 2017. Along with her glitzy football shoulder pads ensemble, her holographic blue bedazzled bodysuit and matching knee-high boots scored big that night.

And it's safe to say that Shania Twain's fabulous number at the 2003 event really pushed the style boundaries for shows to come. 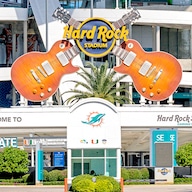 The country legend oozed with glamour in a diamond-adorned bustier, an extreme cut-out leather cape jacket and itty-bitty bottoms. She tied her flashy look together with equally lavish jewelry pieces, sexy knee-high boots and fishnet tights.

To see who else lit up the Super Bowl Halftime Show with their daring and dashing designs, scroll through our gallery below! 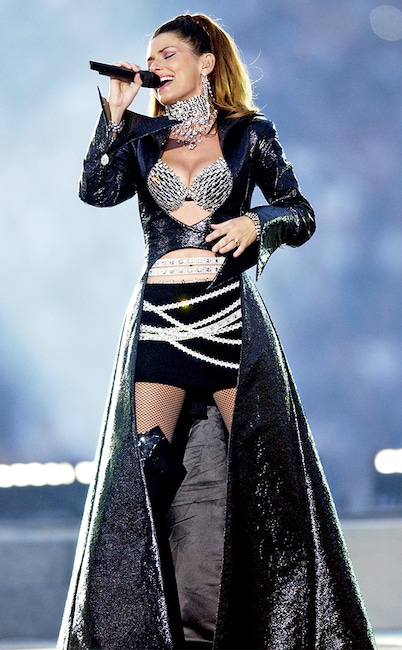 One word: wowzers. The country legend brought the glitz and the glamour to the 2003 game with her jewel-encrusted bustier, holographic black leather jacket and equally dazzling diamond accessories. 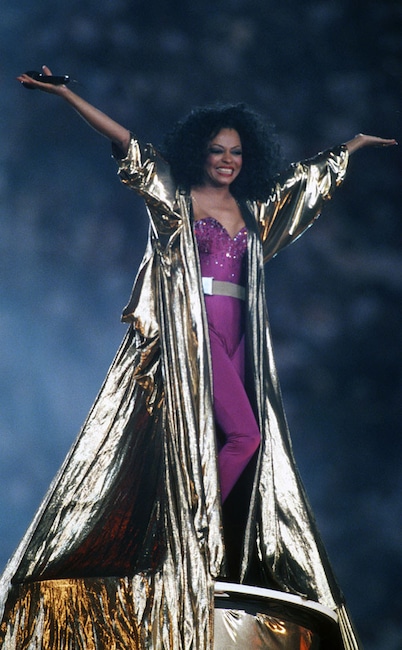 We're endlessly in love with this lewk. The icon oozes with glamour at the 1996 Super Bowl with her dramatic metallic gold jacket and majestic purple jumpsuit.

The Super Bowl that will remain apart of history! Aside from the "wardrobe malfunction," this is one fiery outfit! From the latex leather material to the gladiator-like design, the pop icon shows up and shows out. 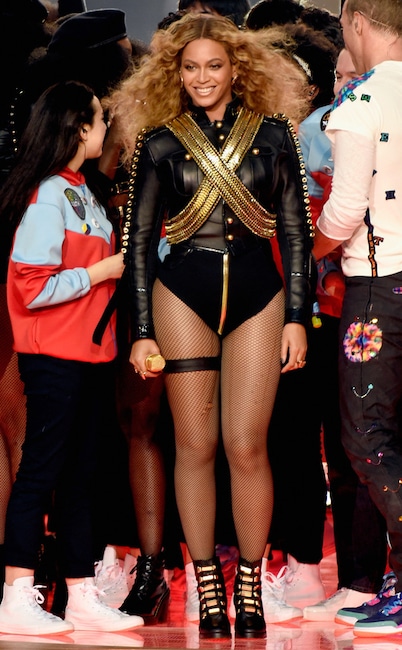 The "Spirit" songstress makes the Super Bowl field her runway wearing an eye-catching black leather military jacket and gold-chain harness at the 2016 show. 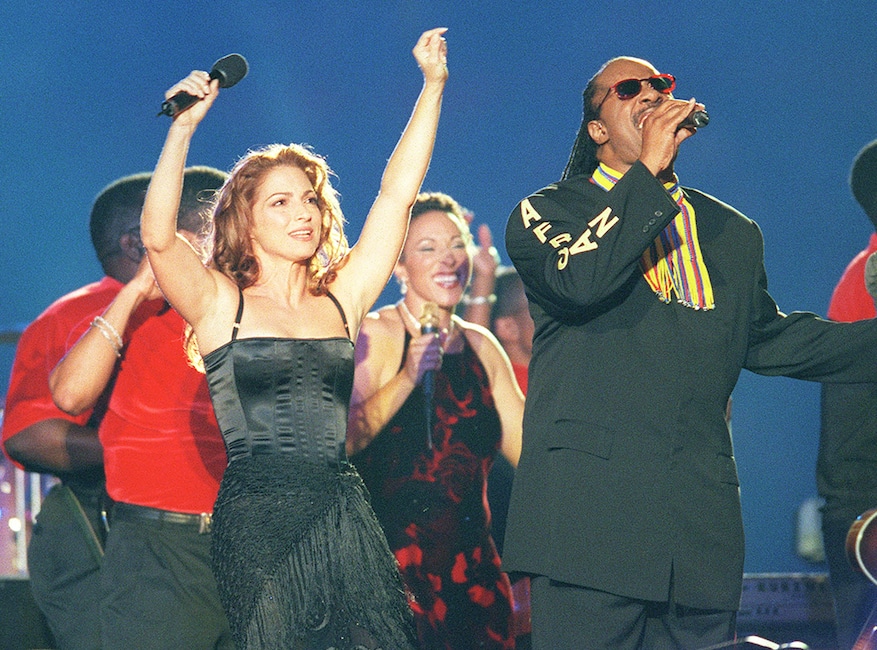 Little Black Dress! Estefan wears a simple but striking fringe, corset black dress at the 1999 Super Bowl. She performs with Stevie Wonder, who also lights up the stage with his outfit. 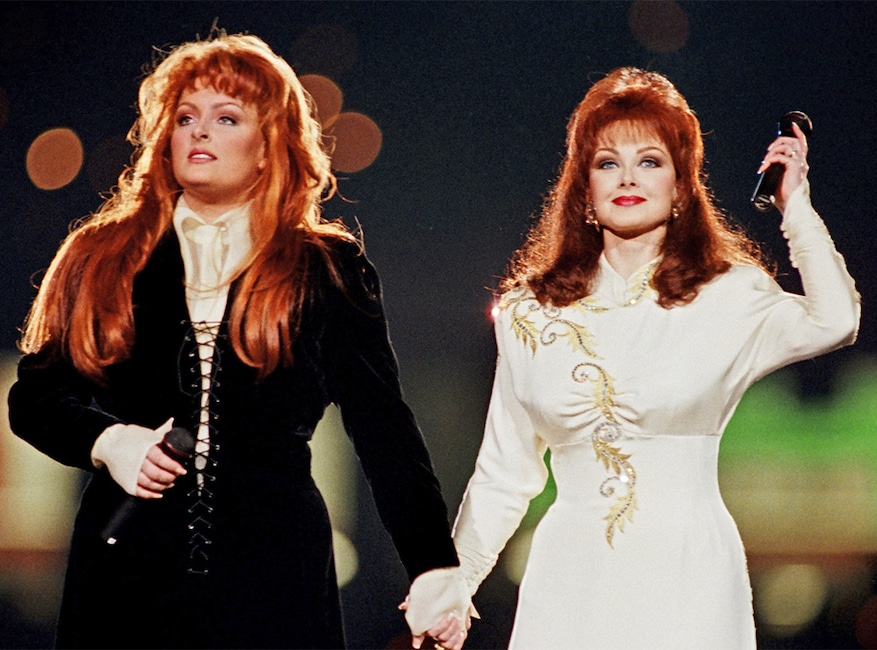 A dynamic duo! Wynonna and Naomi ooze with glamour at the 1994 event with their effortlessly elegant designs. 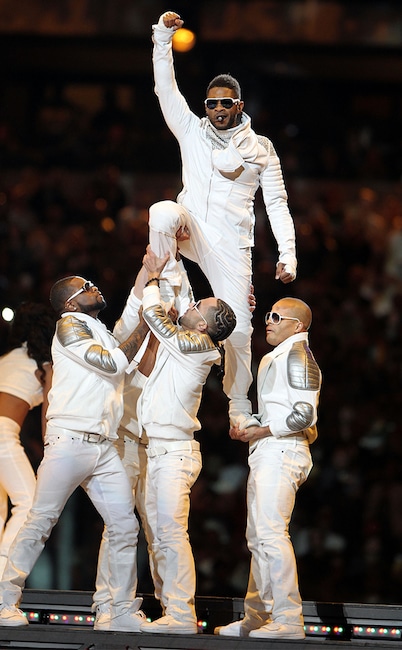 Usher is a vision in white at the 2011 Super Bowl Halftime Show in Texas. 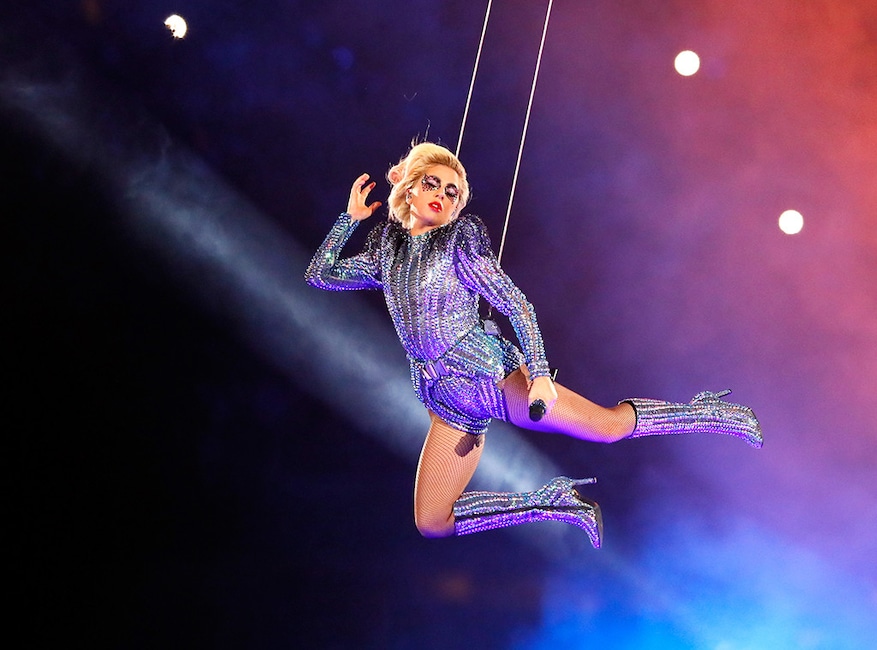 A round of applause. The "Poker Face" songstress dazzles at the Super Bowl show in 2017 with her shimmery bodysuit and matching boots that feature an explosion of rhinestones. Now, that's a lewk. 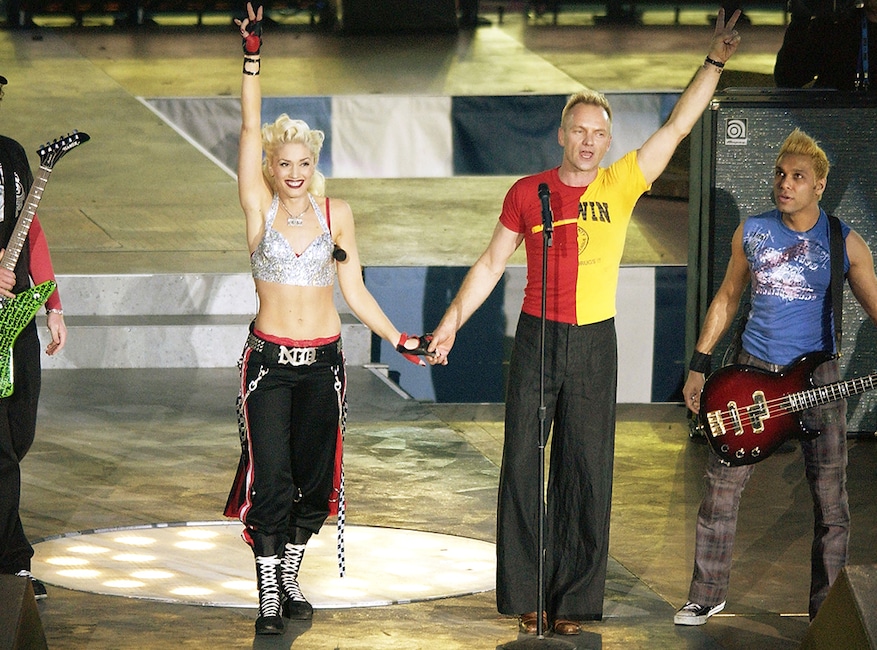 From the lace-up booties to the glimmering silver-studded bustier and flashy monogrammed belt, Gwen Stefani serves bawdy and face at the 2003 ceremony. 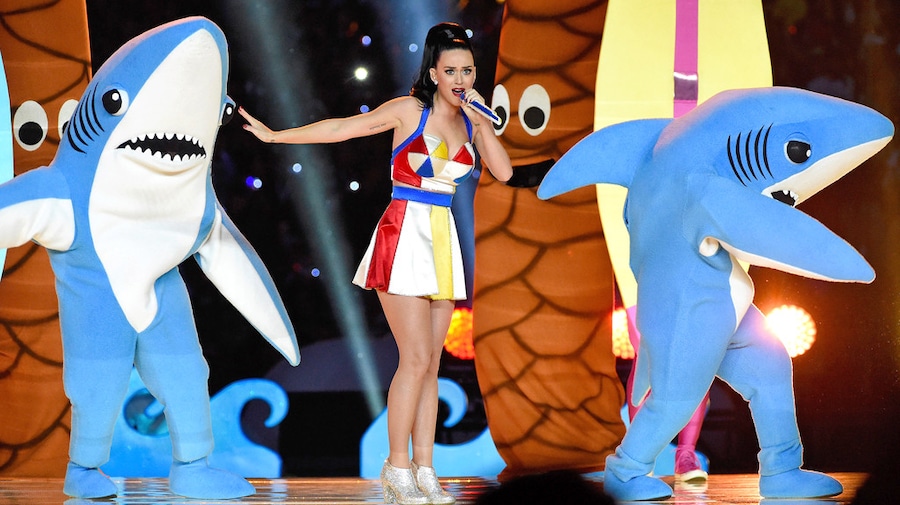 Baby shark, who? Jokes aside, Perry brings bright and bold fashion to the 2015 Super Bowl with her rainbow-colored bustier and skirt. 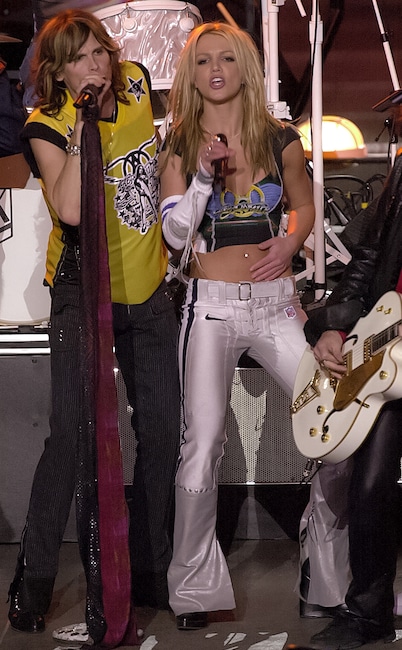 Name a more iconic duo... we'll wait! The Pop Princess gets into the football spirit with her fun and flirty uniform-inspired tee and pants. Aerosmith's Steve Tyler also joins in with his festive ensemble. 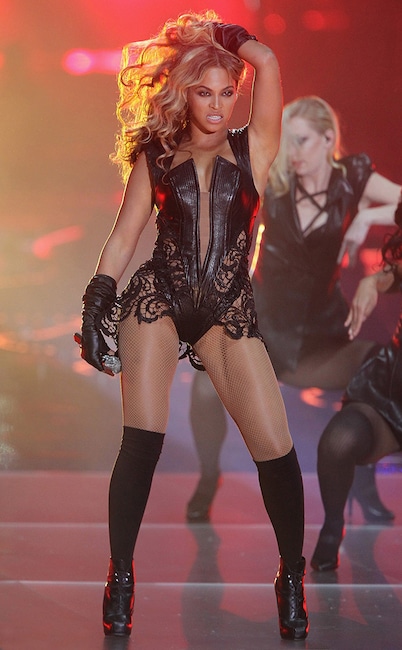 Who run the world?! The Grammy winner slays the Super Bowl in 2013, wearing a daring leather bodysuit. 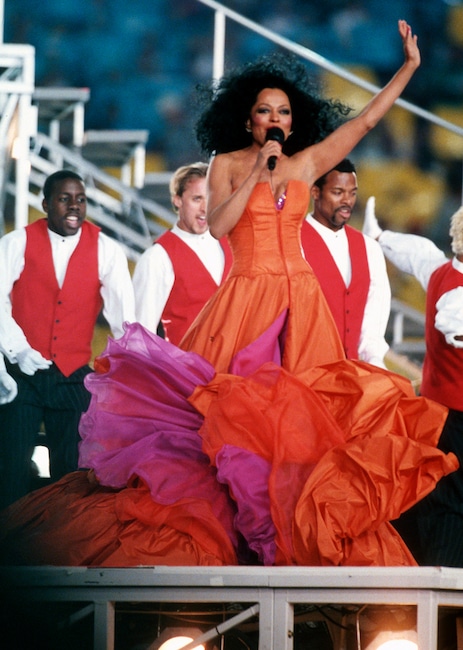 A performance so good, Ross gives fans an outfit change. At the 1996 Super Bowl, the legendary singer lights up the stadium with her vibrant orange and purple dress. 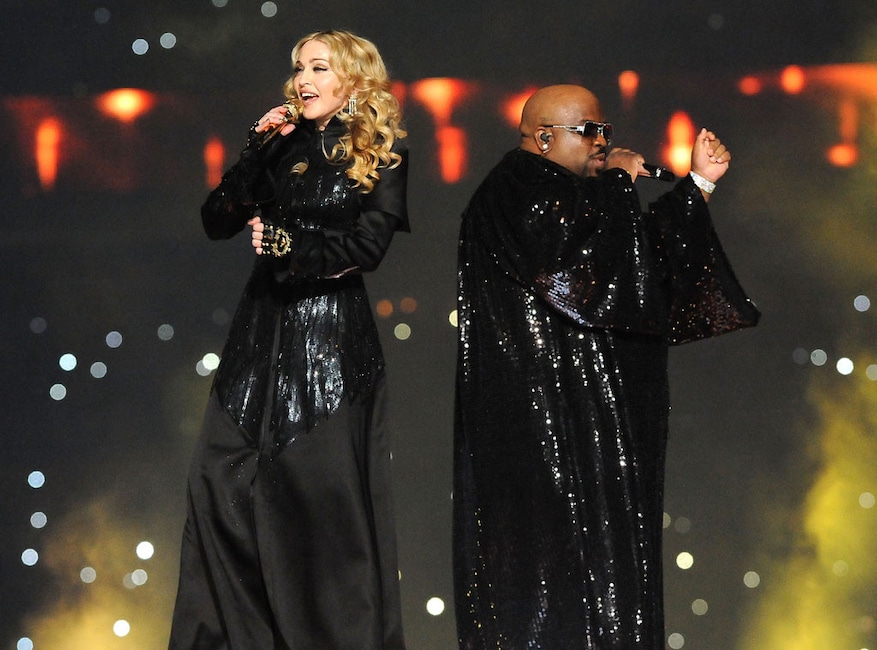 The "Queen of Pop" goes for a goth-glam lewk at the 2012 show, as she rocks a black sequins coat dress and gold-encrusted punk gloves. CeeLo also shines bright with his equally blinged out ensemble.

With that in mind, we can't wait to see what Jennifer Lopez and Shakira slay in during their 2020 performance.