20+ Marvel Gifts for Your Real-Life Superheroes 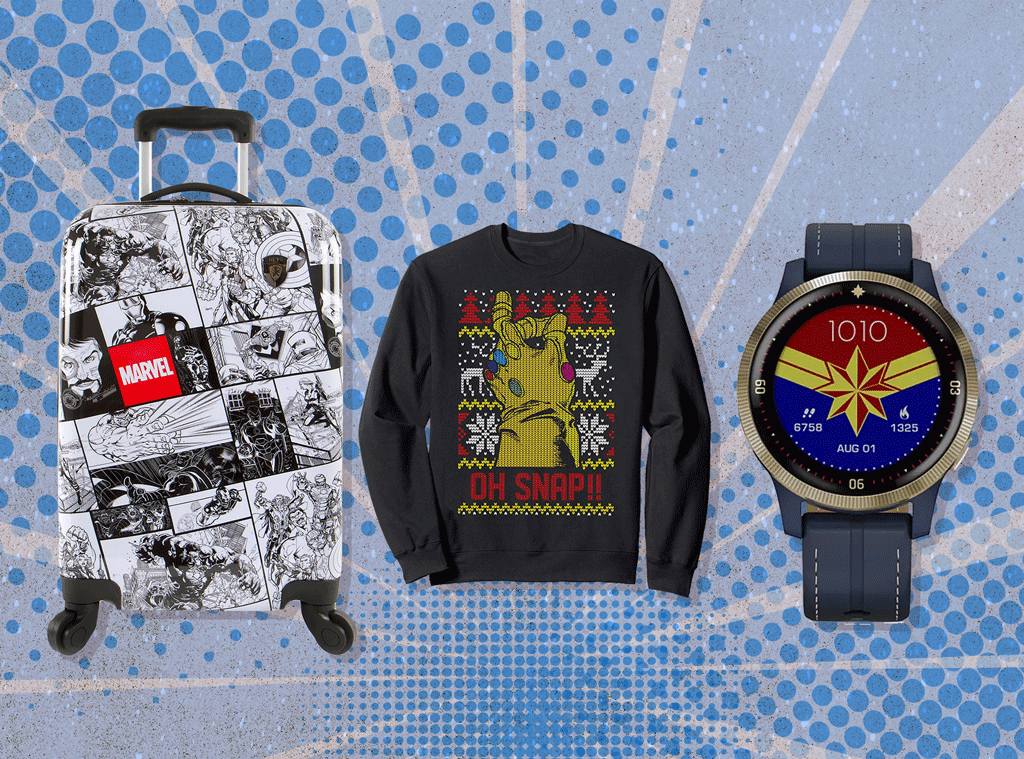 You cried at Infinity War. You cheered at Endgame. Forget the MCU's official filmic kick-off with Iron Man—you've been a Marvel fan since comics were their only creative outlet. If you and yours live, breathe, eat and sleep all things Marvel, you're in luck—we've curated this gift list just for you.

You may be thinking holiday shopping can be done in a snap, but remember: with great gifting power, comes great gifting responsibility. Journals to jot down your innermost thoughts about pertinent plot points, T-shirts that show your allegiance to the Marvel universe, tumblers and commuter bikes and smartwatches that'll keep you on track in high-tech style...It's all here, and it's all waiting to come home with you. Just make sure you leave space for a Baby Groot pencil holder!

Check out these gifts for the Marvel fan in your life and snap up a few things! Iron Man would want it that way. 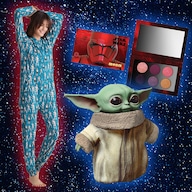 If you're looking for a holiday gift for a Marvel fan that's handy around the house, look no further than this officially licensed Marvel Mighty Thor Hammer Flashlight & Electronics 28 Piece Tool Kit. On the outside this tool set looks like Mjolnir, but open it up and you'll find a standard hammer, a tape measure, a level, a screwdriver, a wrench, a ratcheting wrench, and a utility knife. 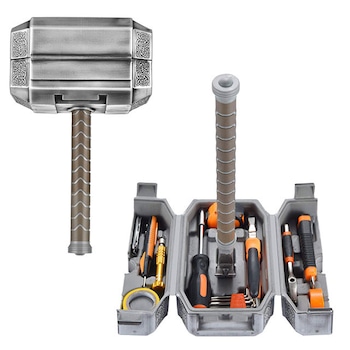 Write down your deepest desires—or just the tunes you're going to put on your next Awesome Mix—in this 100-page lined journal with a magnetic flap to keep all your thoughts safely tucked away. 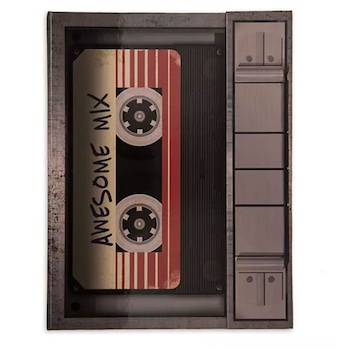 Make Peter Parker proud with your stylish feet in these socks, sporting Spidey's mask all over them. Plus, they're made with eco-friendly anti-microbial yarn, so your feet will stay fresh all day. 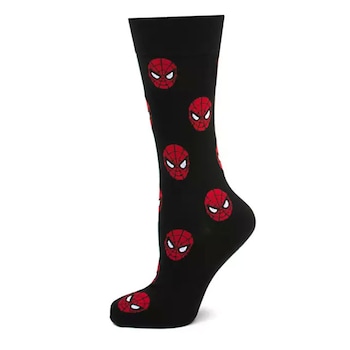 The snap that brought everyone back wouldn't have happened without Tony Stark's Power Gauntlet. Now you can have one of your own that has sound effects inspired by Avengers: Endgame, and lights up the Infinity Stones. 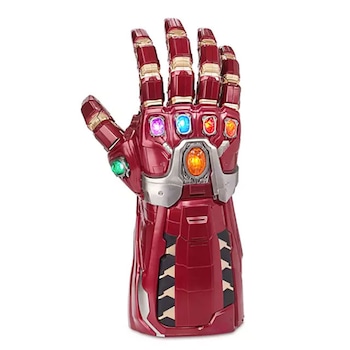 Honor 80 years of Marvel magic with this classic cotton/poly ringer tee, featuring a distressed print of Marvel's finest faces on the front, including Spider-Man, Captain America, Black Widow, She-Hulk, Black Panther, Ultron, Valkyrie and many others. The back sports a special 80th anniversary logo. 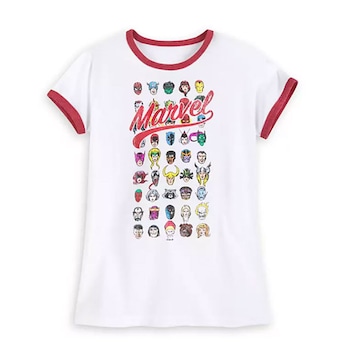 Get this complete collection of the MCU films on Blu-Ray covering phases one through three, and you'll never have to leave the house ever again. Until phase four starts churning out films in the spring. 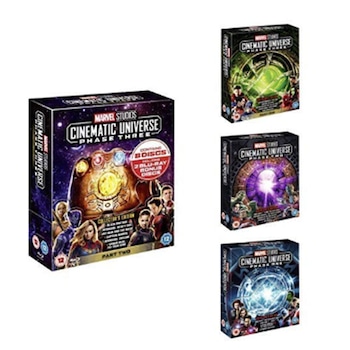 Sure, you could download the Black Panther soundtrack, but wouldn't having it on vinyl be cooler? (Yes—the answer is yes.) Now you can enjoy the musical stylings of Sza, The Weeknd and Kendrick Lamar—among others—in style. 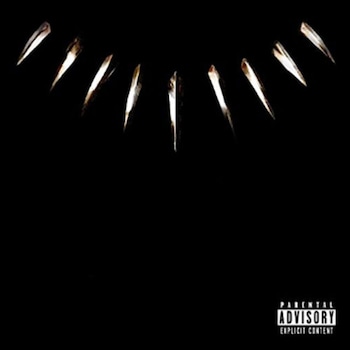 Maybe you're preparing for phase four, maybe you just want to remember how, exactly, we got to where we are in the Marvel universe. Either way, this book—featuring an introduction by Stan Lee—has all the ins and outs of every aspect of the universe so you're well prepared for what comes next. 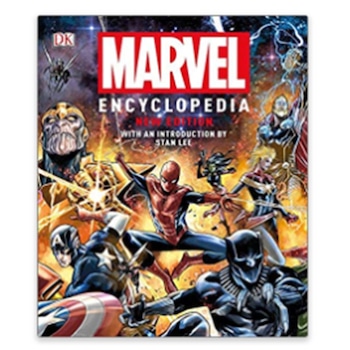 You already have the Black Panther soundtrack on vinyl, so why not further prove your old-school street cred with this classic stand-up arcade game? Offering gameplay in crystal clear high resolution, you can rip your way through four classic games: Marvel Super Heroes, X-Men: Children of the Atom and The Punisher. 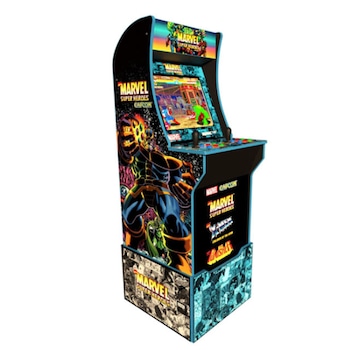 Dress up your more formal wear with a little fandom by popping one of these pair of cufflinks in your dress shirt, choosing one out of this six-pair set. Some of your options? Captain America's shield, Mjölnir, and the Deadpool logo. 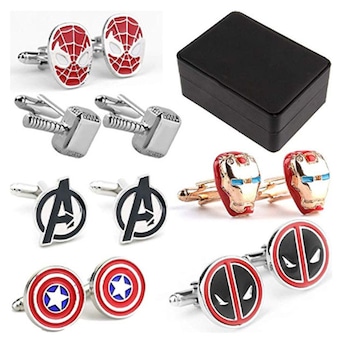 Travel in style with this hard-shell, polycarbonate luggage, featuring 360-degree spinner wheels and a telescopic trolley handle. Plus, it's the perfect size for carry-on. 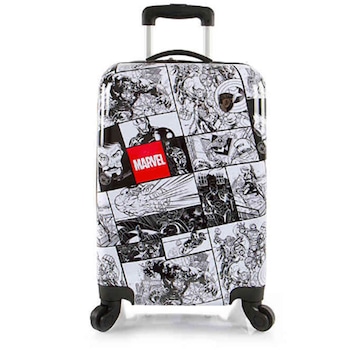 Long before Baby Yoda, there was Baby Groot...and he's still super cute! Pay homage to a classic pop culture obsession with this pencil holder, which will brighten up any cubicle or open-plan office space. 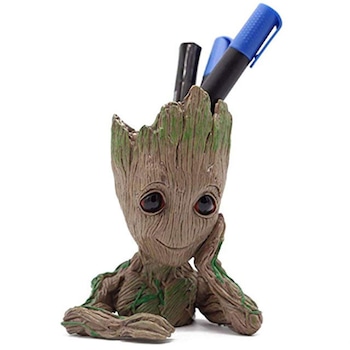 And if you're getting a Baby Groot pencil holder, you should probably also get a Funko Stan Lee, featured in a patina finish. We promise not to tell if you make them talk to one another. 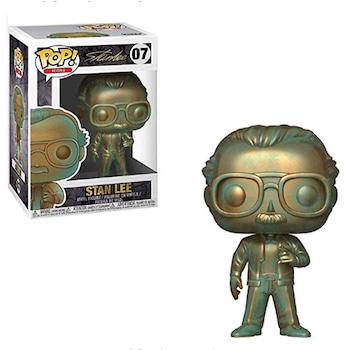 Thor, Iron Man, Captain America and the Hulk live on in this retro tumbler set, featuring four BPA-free glasses. Just make sure you hand wash them to keep the graphics looking like new. 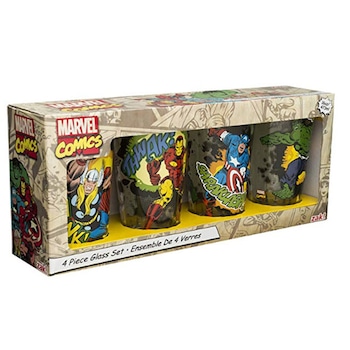 If you're going to be forced into office merriment with an ugly Christmas sweater party, you might as well show up in something that speaks to your fandom. Wear this Thanos-meets-Christmas sweatshirt with pride. 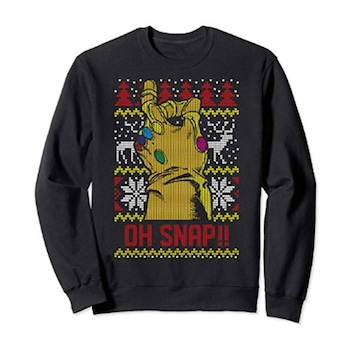 You might not be able to fly like Captain Marvel, but with this bike, your commute might be a lot more fun. Born of a partnership between Schwinn and Marvel Studios, this single-speed fixie-tyle urban commuter is lightweight, sports 700C (28-Inch) wheels, and of course, Captain Marvel graphics and colors. 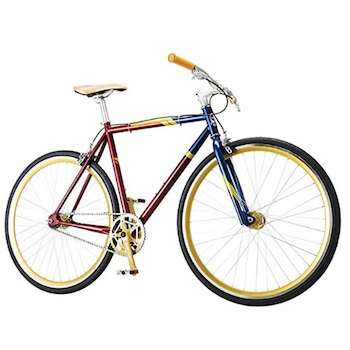 A serious gaming addiction needs a serious chair, and if you're an Iron Man fan, it has to be this one. With enhanced ergonomics designed for continuous support over hours of sitting, this soft leather chair features a memory foam seat and defined back support, so you never have to get up. Like ever. 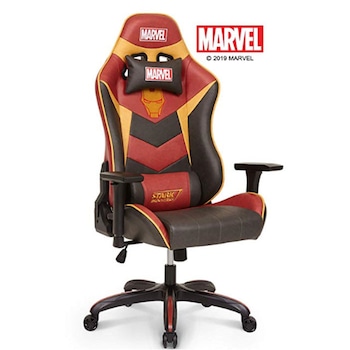 You may not be able to lift the real Mjölnir, but you can definitely lift this one to take the bottle cap off your beer before you start yelling at Noobmaster69 over your gaming headset. 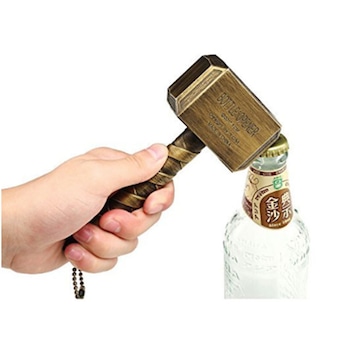 Simple, classic, understated and tasteful, this is the perfect hoodie for any Infinity War fan who wants to share their allegiance to the Avengers without busting out their full-on Thor outfit. 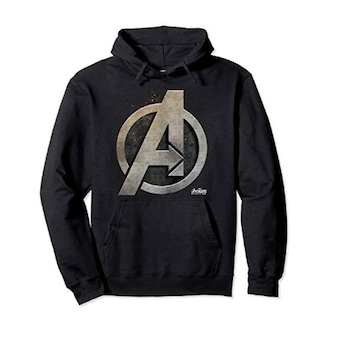 When you just need a little bit of a kick to start your day, this one-cup coffee maker will do the trick—and it comes with a matching Captain America shield mug, too. No word on if it'll make you run like him, though. 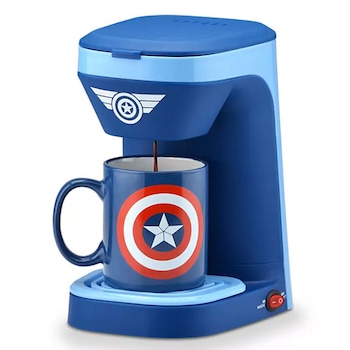 Channel Carol Danvers with this special edition smartwatch, featuring a leather band molded after Captain Marvel's suit, character-themed watch faces, goal animations and a watch case. Plus, the case back of the watch features her famous quote, ''Higher, further, faster.'' 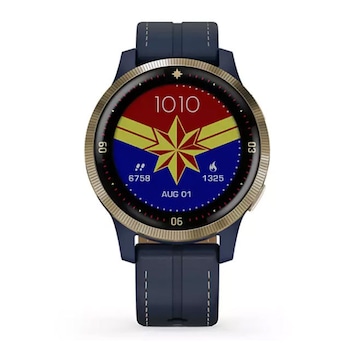 Captain America has his moment with his own version of the Garmin smartwatch. The band is inspired by Steve Rogers' vintage '40s military gear, and a brushed stainless-steel bezel modeled after Cap's vibranium shield. And of course, the case back of the watch features Cap's endless promise, ''I can do this all day.'' 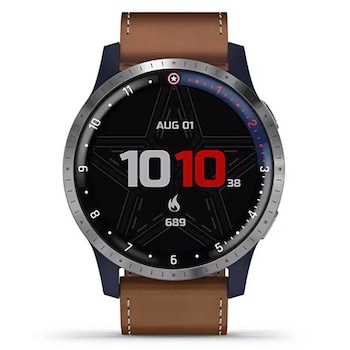 Suit up in this stylish silk tie featuring Iron Man's helmet scattered throughout in gold. To balance out all the awesomeness, the pattern is featured on a subtle gray and black background with small white polka dots. Tony Stark would probably make an arrogantly snarky comment, but would you expect anything less? 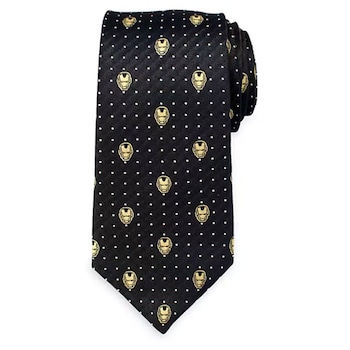 Rock your Black Panther style with this talon necklace that looks like the beginnings of Shuri's magical suit (sadly, it doesn't turn into said suit.) Gunmetal rhodium plating meets a snake chain in a polished finish for a chic accessory that will upgrade any look. Wakanda forever! 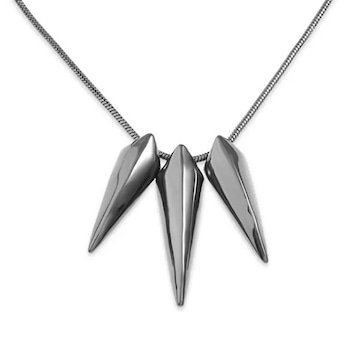 Having a rough morning? Feeling a little emotionally messy? Kick off your day with some coffee in this mug and embrace your own drama for a moment before you get on with it. (We've been there too.) You'll feel better in no time. Plus, it's less destructive than Hulking out. 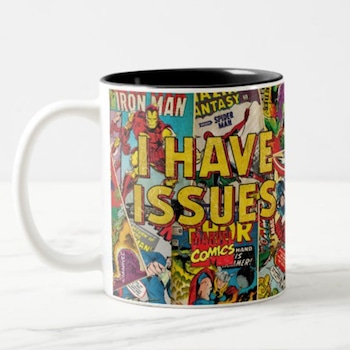 There's more superhero-worthy gifts in our 2019 Holiday Gift Guide! Make sure you check it out.