See Kendall and Kirby Jenner's Most Glamorous (and Hilarious) Pictures Together

Now Playing
Up Next
Kendall Jenner Gets New Show With Her "Twin Brother"!

Kirby Jenner is one crafty…sibling?

The Photoshop whiz known on Instagram as Kendall Jenner's "fraternal twin" has treated social media to many a doctored snapshot over the last four years. Lucky for us, each addition to the popular parody account has somehow proven more entertaining than its predecessor, with photos that see Kirby very literally popping up in just about every corner of his, uh, sister's life.

"Couldn't find two mosquito costumes in time so instead I dressed up like a tent and Kendall dressed up like a campfire haha!!" he captioned a May 2019 post, whose accompanying photo features Kendall on the pink carpet at this year's Met Gala. 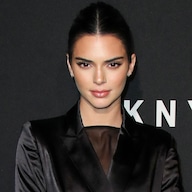 Kendall Jenner Is Getting A New Show With Her "Twin Brother"!

Pretty much everything about the snapshot's backdrop looks legitimate (because it is), but give it more than a quick once-over and you'll notice her oddly costumed carpet companion. It's Kirby, putting his own spin on the event's "camp" theme by wearing a tent in complementary orange hues.

Couldn’t find two mosquito costumes in time so instead I dressed up like a tent and Kendall dressed up like a campfire haha!! (Tent Suit by @cliffordjago Campfire Dress by @versace) #ThemeWasCamping #KylieWentAsABird #MetsGala

Turns out, the quick-witted artiste has been supporting his so-called sis on Met Gala carpets dating back several years. Scroll a little further back through his Instagram page and there's Kirby, standing behind Kendall on the museum steps during 2018's star-studded event.

Whoa! I won the award for “Longest Sleeves” at this Met Jingle Ball thing and this is a real big moment for me. S/O to Reggie at Men’s Wearhouse for hooking it up like always, my Uber driver for her patience, and Janet the caterer who fed me snacks all night bc I couldn’t find my own hands. #Proud #StillNotSureWhatTheMetsGalaIs #ProudAnyway #KatyPerryWonLargestBirdAward

Kendall and I got invited to what I thought was a Mets baseball game and were told to wear our FANCIEST outfits. It ended up being a swanky museum party with tons of tiny food plates! I think I ate like 40 pigs in a blanket AND got to try fish for the very first time. Also check out my exclusive interview with Yahoo Celebrity where I showed them this pic lol (link in bio) #TryingNewThings #SecurityTookMySword #PokedJenniferLawrenceWithMySwordByAccident #SorryJen #MetGala

But Kirby is more than just a Met Gala man. In April 2017, he showed up beside both Kendall and Kris Jenner at Harper's Bazaar's 150th Anniversary Party sporting a bow tie, his signature stash and a mimosa.

"Ran outta tix for the Bazaar event so we told security that I was Mom and Kendall's "accessory organizer" and they totally let me in for free," he captioned the hilarious shot.

Ran outta tix for the Bazaar event so we told security that I was Mom and Kendall’s “accessory organizer” and they totally let me in for free hahaha. Suckers!! I’ll happily hold some stuff as long as I get free appetizers all friggin night. #EasiestJobEver #BeenHoldingMomsPurseAndMimosaForOver20Years #FreakinProAnyway #ItsOnMyResume #SquadLookingFlawless

Moving right along to more casual snapshots, Kirby has inserted himself into droves of photos originally shared to Kendall's own IG account. That time she and Khloe Kardashianwere feeling themselves on the bow of a boat in the middle of the ocean somewhere? Yeah, he was there.

Felt like Leo in Titanic! The part where he drowned tho :/ still was a pretty chill beach day! #summer #waslegallydeadfor2minutes #wenthomeandwatchedtitanic #katewinslet #leo

Brother/ sister static electricity is crazy, y’all! Sad they cut me out but s/o to Kendall's crew for making her look so flawless! #twins #love #hearts #bffs #dontforgetiknowyoursecrets #carpet

As far as Kirby's penchant for virtual photobombs is concerned, this preview hardly covers the half of it. The clever lesser-known Jenner has shared more than 100 similarly silly—and consistently glamorous—pictures to Instagram since his account first opened back in 2015. From magazine covers to at-home hangouts, Kendall's "twin" is basically an honorary Kardashian-Jenner at this point.

Those who haven't yet seen nearly enough of this tangentially familial online madness will be delighted to learn that Kirby has earned himself a namesake series coming to short-form streaming service Quibi in 2020. The show, titled Kirby Jenner, is KUWTK's latest spinoff installment and will be executive produced by Kendall, Kris and "Kirby".

Learn more about the upcoming series in the video above! And check out www.Quibi.com for additional updates.