The Devastating Story Behind The Disappearance of the Millbrook Twins 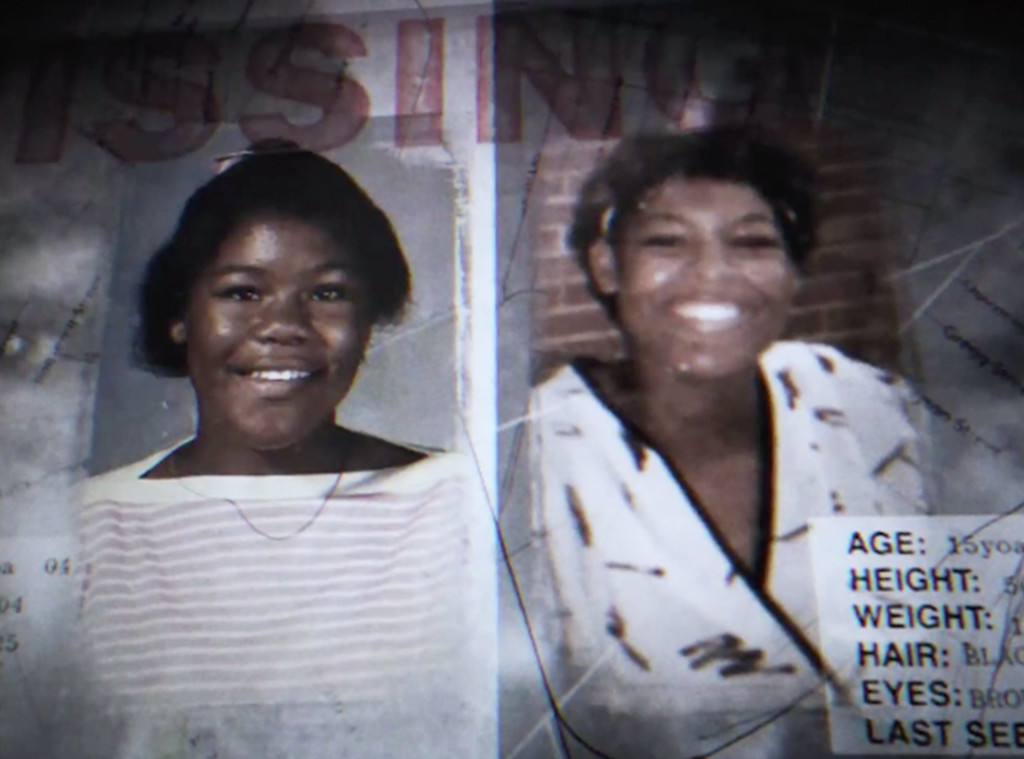 Their mother, Mary Sturgis, had expected them back home by nightfall. They were 15 years old and freshmen at Lucy C. Laney High School. And they're said to be the only set of twins to go missing in the United States whose disappearance remains unresolved.

Mary and the twins' younger sister, Shanta, went out to look for them on foot, but after they had walked around awhile with no success, they went home and the girls' mom called the police. Whoever answered told them they had to wait 24 hours before they could report anyone missing.

After 24 hours had passed, Mary called back and was put through to a detective—who told her, she remembers, "they probably ran away." 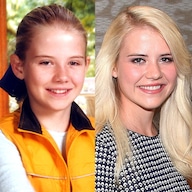 Statistics show that kidnappings account for a minuscule portion of missing kids—in 2018, less than 1 percent of more than 25,000 reported cases where characterized as non-family abductions, according to the National Center for Missing & Exploited Children—but Mary didn't think for a second that her daughters had taken off by themselves.

"Police didn't do nothin'," Mary, who many call Miss Louise, recalls in the new Oxygen special The Disappearance of the Milbrook Twins, premiering Saturday at 7 p.m. Adds Dannette and Jeannette's sister Shanta, "Anybody that was our color was a runaway."

Meanwhile, their father, John Millbook, "never wanted to look for them," according to Shanta Sturgis, who says that he told her older sister to tell police he was dead if they came looking for him.

"He had so many mixed emotions over the years," she says, "but I do know if that had been my kids' father, I knew I would've wanted him to be involved in wanting to look for his kids."

It would be more than two decades before the twins started getting the amount of attention that Mary and Shanta felt should have been paid to them from the beginning. 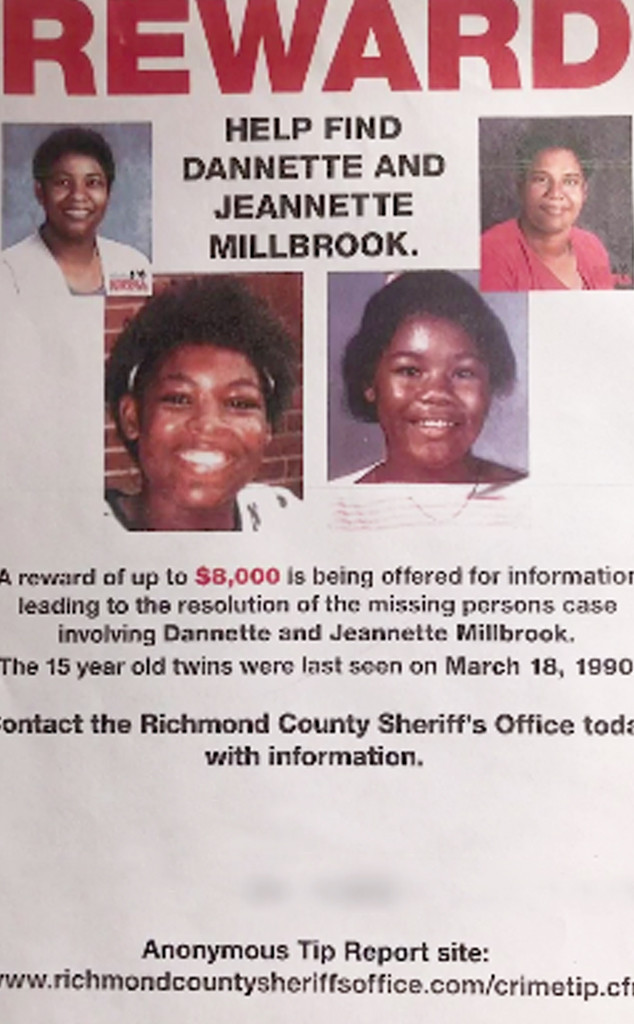 On the morning of March 18, 1990, the girls went to church with their family. Around lunch time they picked up lunch at a Church's Chicken and took it home, where Jeannette told their mother that a white van had been following them. Mary looked outside, but didn't see any white van.

The twins left the house again at around 3 p.m. and headed to their godfather's house to get money for their bus fare, riding the city bus being how they got to and from school. Jeannette and Dannette left their godfather's place on Forest Street and made at least two more stops, to see a young cousin and their older sister. They ended up at gas station convenience store near the corner of 12th Street and Martin Luther King Jr. Boulevard, where they bought chips and a drink.

After that, the trail runs cold. Their 16th birthday came and went.

"Jeannette, she was a cautious person and she was a good student," Mary recalled to local NewsChannel 6 in 2018. "Dannette was a good child, too." 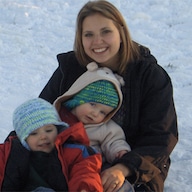 In April 1991, an investigator informed the family that the girls could no longer be compelled to return home, police apparently still entertaining the possibility that they had run away. The family later confirmed to the local CBS News 12 that someone had called police to report seeing the girls leaving (leaving what—the neighborhood? the city? the state?—wasn't explained) and that was all they needed to consider the case closed, barely a year after Dannette and Jeannette first went missing.

In 1993, someone informed the National Center for Missing and Exploited Children to report that the twins had been found. Eventually the original case file disappeared, too.

And that was that. No case, no file, no more resources dedicated to trying to find out what happened. 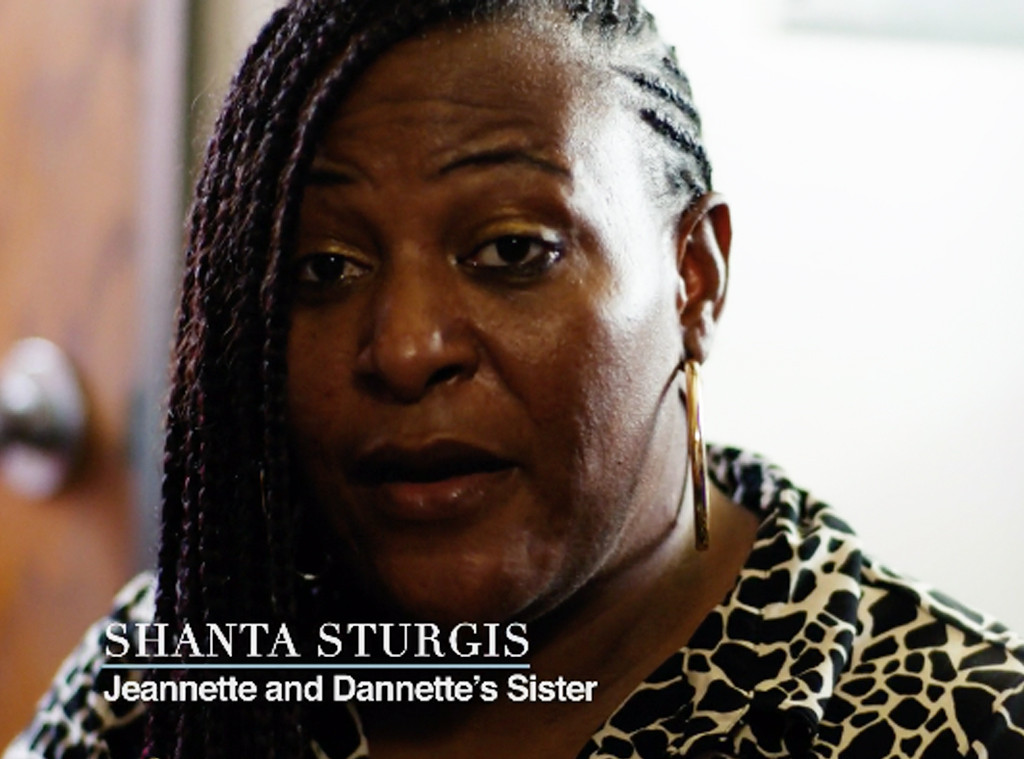 Sturgis, who was 12 when her sisters disappeared, started a quest to get the case reopened in 2004, regularly calling the sheriff's department and trying to get local law enforcement involved.

"I had been trying for years to get the police to help us look for them and I was always told there was nothing they could do," she told the Huffington Post  in 2013. "They said the case was closed and there was no missing children report."

But she didn't give up, and on June 5, 2013, Richmond County Sheriff Richard Roundtree—who had just been elected in 2012—announced he was reopening the case.

Added Sturgis, "I figured someone was bound to listen. I finally got the sheriff on the phone and the next day he told me he was going to reopen the case." 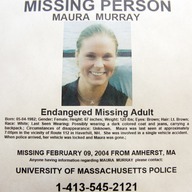 The Disappearance of Maura Murray: Everything You Need to Know About the Baffling Unsolved Case

Roundtree, who wasn't familiar with the investigation, interviewed the by-then retired lead detective, and got the girls' DNA as well as their mother's into their database. A nationwide search came back empty.

Moreover, the mystery surrounding the girls' removal from the national registry of missing children remained unsolved, with Roundtree unable to find out who had made the call or why. The local CBS News 12 would later report, and confirm with the family, that an unnamed person had told authorities they saw the girls leaving (leaving what—the neighborhood? the city? the state?—was not disclosed) and authorities in turn called the NCMEC, which removed the supposedly located girls from their database.

"We've tried to get the FBI involved," Sturgis told the Huffington Post. "We've reached out to John Walsh, Montel Williams and Oprah Winfrey, but none of them would help us. We don't have the kind of money needed to pay a private detective, so there is only so much we can do." 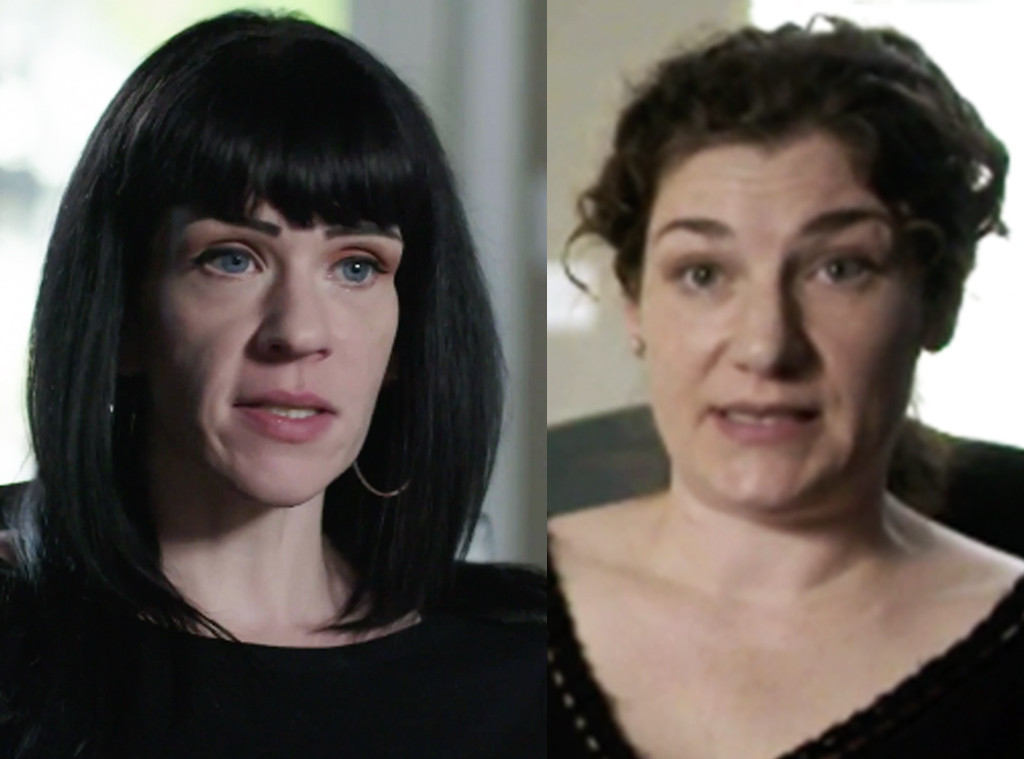 The case may have been neglected on TV, but inevitably it became ideal fodder for the ongoing true crime bonanza. The Fall Line, a podcast focused on cold cases in marginalized communities in the Southeastern United States, premiered with a season devoted to the Millbrook twins in 2017, and Michael Whelan consulted hosts Brooke Gently-Hargrove and Laurah Norton for his own coverage of the case for his podcast, Unresolved, in early 2018. A billboard went up to publicize a reward of $8,000 that had been raised for information that would help resolve their disappearance. A rally was held in town that March, organized by Donna Green, who had heard about the Millbrook twins on the podcast. In 1978, her 5-day-old son was taken from her Atlanta home by a woman she had just befriended at the hospital. She never found him.

"I know about cold cases, and if they don't stay active, they stay cold," Green told NewsChannel 6. The Fall Line told her story last year as well. 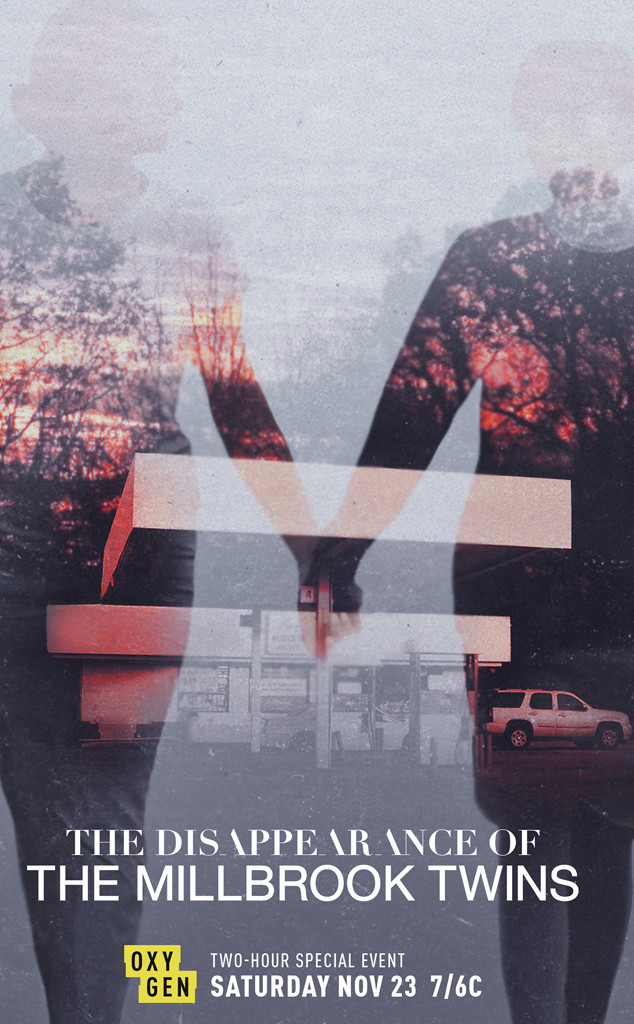 But almost 30 years later, despite the deep dive in Oxygen's The Disappearance of the Millbrook Twins, in which they examine the inexplicable behavior of the girls' father, John Millbrook, who wouldn't give a DNA sample when the case was reopened in 2013 and told his oldest daughter (who's since passed away) not to provide one either (she did anyway); and despite the justified outrage over the entrenched bias of a law enforcement system that initially dismissed Jeannette and Dannette as probable runaways, not to mention media outlets that gave them short shrift because the family isn't affluent and white ... that doesn't change the fact that the girls' fate remains unknown.

"I pray and I'm still hoping," Mary told Augusta's CBS 12 News recently. "I ain't going to give up on them." But "every time you think you got somebody to help, and you think you take a step forward, you got to take a step back. I don't think they think my children were important enough to go out and look for."

Shanta, who maintains a Facebook page dedicated to keeping Jeannette and Dannette's names out there, added, "They're my sisters, but they're her daughters, you know. When you birth two kids at the same time, and then they grow up to 15 years old and now they're 45 years old and you haven't seen them since they were 15, that's hard. Really hard."

(E! and Oxygen are both members of the NBCUniversal family.)