Why 2019 Was the Year That Changed Everything for HBO

Come 2020, that iconic tagline is going to mean something a lot different. And that's because after what's proven to be a truly transformative 2019 for the cable network, its programming line-up is going to look markedly different, namely for what's missing.

With the sixth and final season premiere of Silicon Valley on Sunday, Oct. 27, HBO finds itself in a position no boutique network likely ever wants to be in, with a great number of its tentpole series--the ones that, for the last few years, have come to define the brand--signing off for good. And that means that the network is heading into a rebuilding year, just as the competition for viewers and premium content is reaching a fever pitch thanks to Netflix, Amazon and Hulu, as well as the crop of streaming services on the way from the likes of Apple, Disney, NBCUniversal and HBO's very own parent company Warner Media (who, in turn, are owned by AT&T and have named their service HBO Max, incidentally). 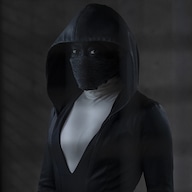 All the Shows Hoping to Be the Next Game of Thrones

The great culling of HBO's tentpole programming began, of course, when Julia Louis-Dreyfus' Emmy-hoarding and hilarious political satire Veep left office after seven seasons back in May. That the final season of the Armando Iannucci-created comedy aired concurrently with the record-breaking final season of Game of Thrones, which went off the air with its divisive, yet Emmy-winning series finale exactly one week after Veep, wasn't lost on HBO execs or the industry at large.

Speaking with Vulture just as GoT's truncated final season got underway, Casey Bloys, HBO's president of programming, wanted to dispel the notion that the network lived or died by any one series, no matter how much of a cultural behemoth it was. "HBO is more — and always has been more — than just one show, and it will continue to be," he said. " So the message is: Game of Thrones was great and very special, and we will continue to do great shows. Nobody knows where the next Game of Thrones is going to come from. Obviously, the TV landscape has changed since that show aired, and it's probably more of a challenge for any platform — network, basic cable — to get that big watercooler hit. But that doesn't stop what we're doing."

And certainly, the network has continued to plow full-steam ahead, launching new series like Euphoria, Black Lady Sketch Show, Los Espookys, The Righteous Gemstones and Watchmen (all either already renewed or, in the case of Watchmen, bound to be) alongside new seasons of shows like Barry, Big Little Lies and Succession, with big swings like an adaptation of Phillip Pullman's His Dark Materials book series, a new comedy from Iannucci, and new dramas from J.J. Abrams, Joss Whedon and Jordan Peele on the way. And that's not to mention the new seasons of Westworld, Insecure, and Curb Your Enthusiasm launching next year after an extended hiatus.

But when you look at the totality of what HBO is saying goodbye to this year, it is startling. On top of GoT, Veep and Silicon Valley, Elizabeth Warren's favorite show Ballers, starring Dwayne "The Rock" Johnson aired its series finale weeks ago after somehow being on the air for five seasons. And tomorrow, The Deuce, David Simon's exploration of the Golden Age of Porn in 1970s New York City starring James Franco (playing twins) and Maggie Gyllenhaal, will air its final episode as well. Add to that the cancellations earlier this year of smaller comedy series Crashing, starring comedian Pete Holmes, and Divorce, starring Sarah Jessica Parker, each after three seasons and the expectation that Big Little Lies is actually officially over after two seasons and, well, that's a lot to lose in one calendar year.

It's not as though HBO hasn't been in this position before. When The Sopranos went off the air in 2007, one Showtime exec went on record with The New York Times to rebrand their rival "HB-Over." And clearly that wasn't the case. This year alone, the cable net reclaimed its bragging rights as the most awarded network at the Emmys (thanks in no small part to Game of Thrones). So no one's panicking--yet.

"I have the benefit of being here for 15 years, so I've heard this over and over again. This is the world we live in, and our formula of curation and betting on people we believe in and doing the hard work, it pays off," Bloys told the NYT in September following the Emmys. "I'm not going to say I'm not worried. You can't do this job without being worried. But I feel really good about the future."

Whatever it may bring.