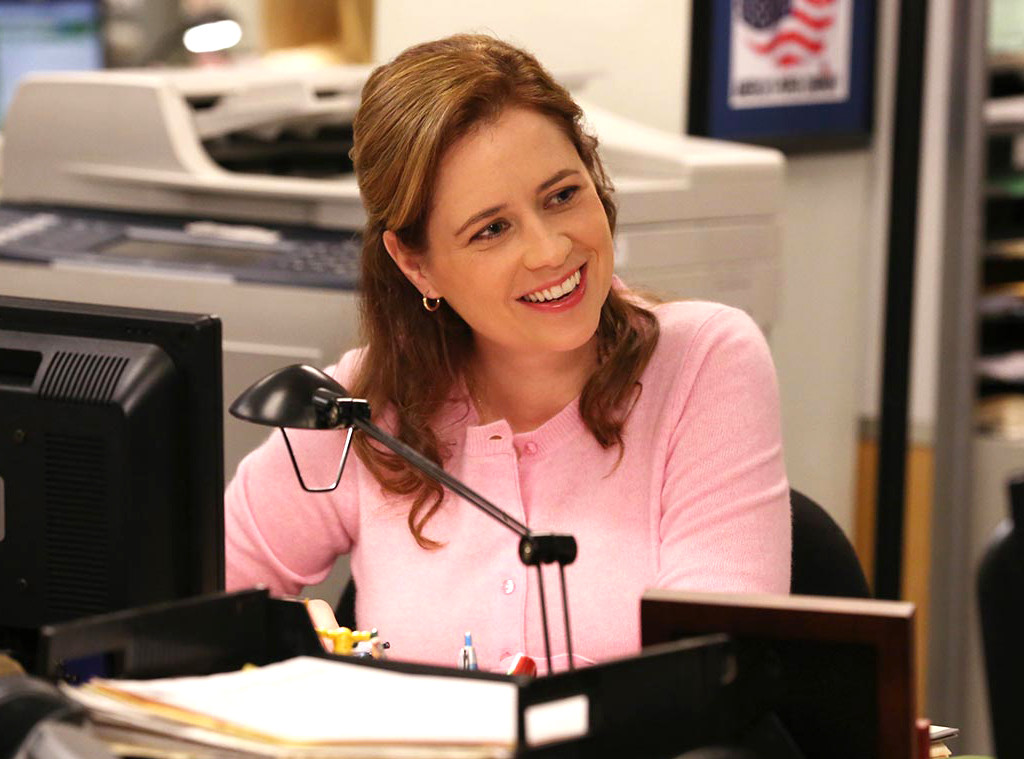 What's the status of your favorite The Office couples?

If you ask Chrissy Teigen, Jim (John Krasinski) and Pam (Jenna Fischer) are divorced. But if you ask Fischer, they're still very much together.

"Together! They are together," Fischer said.

What about Angela (Angela Kinsey) and Dwight (Rainn Wilson)?

"They are running the beet farm, they have had many Schrute babies. They're everywhere!" Kinsey said on Watch What Happens Live with Andy Cohen.

Host Andy Cohen also asked the former costars and real-life besties (also the hosts of the new Office Ladies podcast) their thoughts on a variety of fan-favorite characters and topics.

Did Andy (Ed Helms) go viral again? Was Kevin's (Brian Baumgartner) band successful?  Did Oscar (Oscar Nunez) win his senate seat? Was Toby (Paul Lieberstein) successful as an author? What happened to Kelly (Mindy Kaling) and Ryan (BJ Novak)? Did Michael (Steve Carell) and Holly (Amy Ryan) move back to Scranton? Are Phyllis (Phyllis Smith) and Bob (Robert R. Shafer) still sneaking off for bathroom trysts? It was all done in a rapid-fire round, and some of their predictions were truly shocking.

"Phyllis had Bob killed," Jenna said in a matter of fact manner. "And collected the money! It's a little-known fact."

While discussing whether they were tired of getting asked about any type of Office revival, Fischer said she was, up until they started rewatching the show for their podcast recap.

"OK, I have to say before we started our podcast and rewatching the show, I was getting a little tired of asking people about it…I'm so in…Now we're big super-nerd fans of The Office because we've been rewatching it again from the beginning. And I don't' think there's ever going to be a reboot, but we really want an Office reunion movie."

There's been chatter of some kind of continuation of The Office for some time. Peacock, NBCUniversal's new streaming service that will eventually be the home of all nine seasons of the workplace comedy, is said to want one.

"It is my hope and goal that we do an Office reboot," Bonnie Hammer previously told Deadline when she was chairman of direct-to-consumer and digital enterprises at NBCUniversal and in charge of Peacock. "The Office comes back to us in January 2021. It is my hope that we can figure what that great reboot would be," Hammer said. "We are having conversations."

However, in an interview with EW, Office boss Greg Daniels said there had been talk about revisiting the series, but the busy cast prevented it from seriously taking shape, as did his hesitance to mess with something good. A full revival like Will & Grace is probably off the table, however he did say the cast is down to reunite.

"It was such a perfect thing that I would hesitate to open it up. We got the chance to end it the way we wanted to end it. It wasn't like we were interrupted in the middle of a run or something. So in a sense it's completely an artistic whole," Daniels said.

There's also the fans to think about. As Fischer and Kinsey are doing, viewers regularly revisit the show.

"My biggest concern would be disappointing the fans," he said. "People will watch the entire series and then roll right into watching it again, and to me that means we ended it properly.