Seth MacFarlane was born for this game.

During Monday's at-home episode of The Tonight Show Starring Jimmy Fallon, the versatile actor put his singing skills to the test with a round of "One Song, Many Artists." As he sang the song "You're Nobody till Somebody Loves You," Seth was tasked with using as many character voices and celebrity impressions as he could to carry the classic tune.

To kick things off, host Jimmy Fallon held up a card that read "Peter Griffin," instructing Seth to begin the song with the Family Guy patriarch's signature voice. For the next part of the song, he effortlessly switched over to Brian Griffin's voice. Taking things up a notch, he began the chorus as Stewie Griffin and finished off strong as Quagmire, ending with the character's catchphrase: "Diggity."

Moving along to the second verse, Seth began throwing in some characters from American Dad. Starting off with Roger, he then transitioned into Stan. 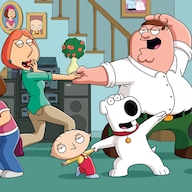 Then, it was time for the celebrity impression portion. From Stan, he broke out his Kermit the Frog impression and to conclude the song, Seth gave the Saturday Night Live alum his best Liam Neeson.

Before diving into their game of "One Song, Many Artists," the duo discussed how the showrunner has been faring while working from home.

"I'm getting a lot done. I find that, like, you know, as we set up all these crazy systems home where I can edit the show from home," he said. "I can record Family Guy and American Dad from home. The technical part of our culture, the way people have stepped up to kind of close these gaps for us, is kind of amazing."

While working from home has been a breeze for his animated shows, the Ted star admitted that he ran into a pickle when it came to filming his show The Orville.

"We were right in the middle of shooting an episode of The Orville," Seth began, explaining that production the FOX show has been halted. "So, it's like, when this thing airs at long last, whenever that is, one episode is going to be such that you're gonna have between one scene to the next, people are suddenly gonna gain 20 pounds and have, like, long white beards." 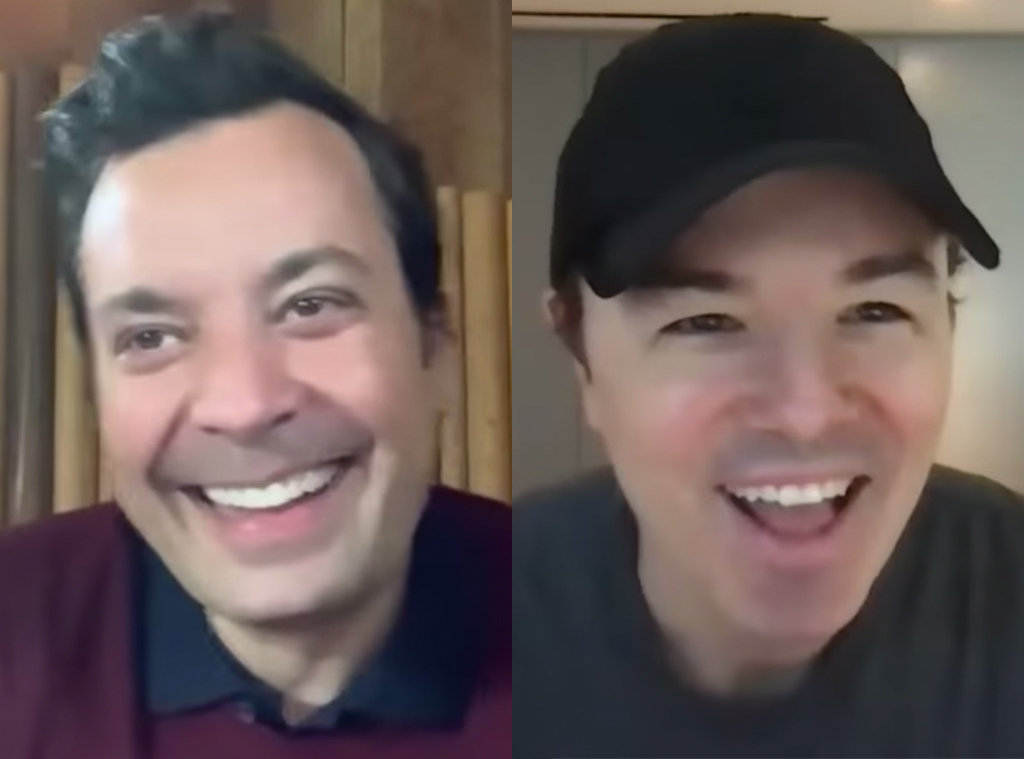 But for Seth, his greatest challenge during the pandemic isn't finding new projects, but rather bracing himself for the unknown.

"I like to stay busy. I mean, there's enough for me to do from a writing standpoint and from a producing standpoint that I can find ways to fill this time," he shared. "And, you know, the biggest issue for me is, as I look ahead to what's next and as I start writing projects and—I'm sure you've heard this before—when you're writing characters, it's hard to predict how people are gonna behave. Like, you know, ‘Jim shakes hands with Bob.' Is that ever gonna happen again?"

He added, "What is the world gonna look like and how much of day-to-day interaction between is this gonna be? And you just can't predict that, so you're just writing the world that we know now. So, that's the biggest challenge to me."

Watch Seth show off his impressions and open up about working during the pandemic in the videos above!