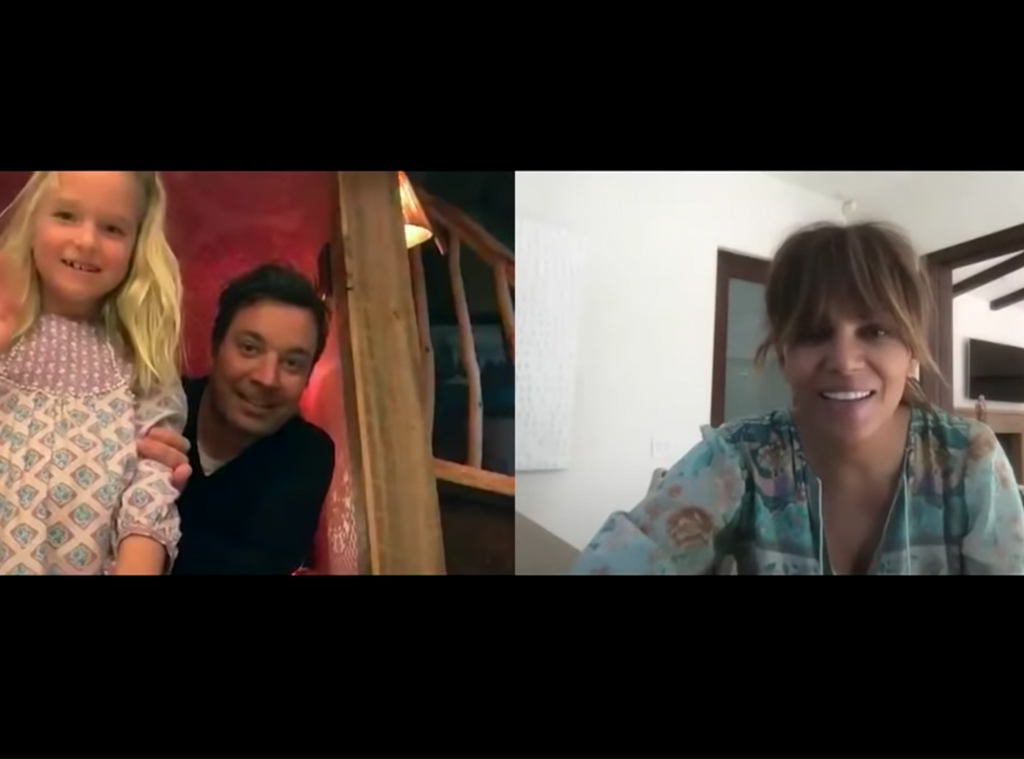 Jimmy Fallon's daughter Winnie cutely crashed his interview with Halle Berry not once but twice during Tuesday's episode of The Tonight Show.

The first time happened while the 53-year-old actress was telling a story about her 12-year-old daughter Nahla.

Like many people, the Oscar winner has been social distancing amid the global coronavirus pandemic. Berry told Fallon she and her kids, Nahla and Maceo (6), have been swimming every day in their pool to get a little exercise. The Monster's Ball star then explained she'd try to comb Nahla's hair after they'd get out of the pool but that the young lady wouldn't let her. 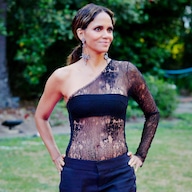 Just as Berry was about to get to the next part of the story, Winnie (6), appeared and told her father she needed to get by him. Of course, the stars didn't mind and Berry even complimented Fallon's firstborn on her dress.

"We've almost got on the same fashion!" the Gothika celeb said after noting the similarities in their dresses. "How cool is that?"

After Winnie passed through, Berry got back to her story.

"We're doing her homework the other night and [Nahla] goes, 'Mom, I'm scared to tell you this, but, like, touch the back of my head.' All her hair, which is like past her shoulders, has shrunken up into a tight ball that feels like matted fur. Like, I can't even get my finger in it," the A-lister recalled. "I'm pulling and…she's screaming….I'm trying to stay calm. Like, 'OK, this is cool. Let's just go in the shower, put some conditioner on it. This is going to be cool.' Get in the shower, 30 minutes later, it's getting tighter. I had to shave it off….She was not cool with that, but it was the only option."

Berry was then explaining how her daughter learned the important lessons of brushing her hair and listening to her mom when Winnie reappeared.

The late-night host then shared the story with her.

"This is why you have to brush your hair, Win," he said. "Because guess what? Her daughter didn't brush her hair and she got a big knot in the back of her hair and guess what she did?.... We'd shave it all off. So see? Listen to mommy and daddy, OK?" 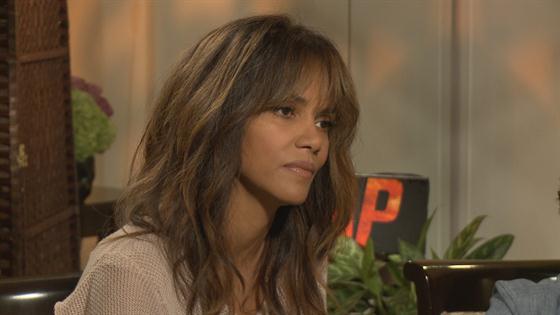 This wasn't the first time fans had seen Fallon's children appear on the at-home edition of his program. In fact, both Winnie and her sister Franny (5) have made several cute cameos. To look back at a few adorable moments, check out the gallery. 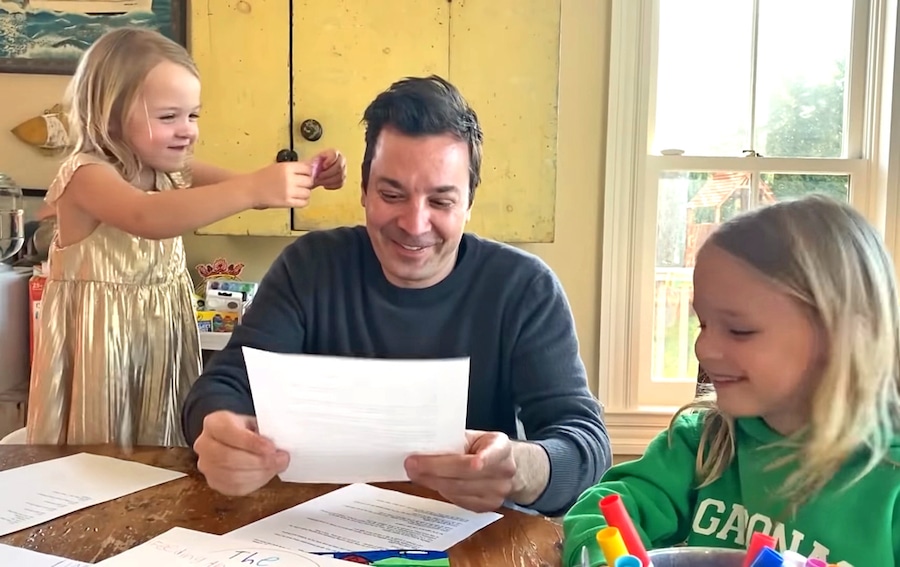 When Jimmy Fallon was interviewing Adam Sandler, he couldn't help but share an impression of his guest. As it turns out, The Tonight Show host's children couldn't get enough of it during arts and crafts. "This is the first [and] only time they've ever laughed at me," Jimmy pointed out. 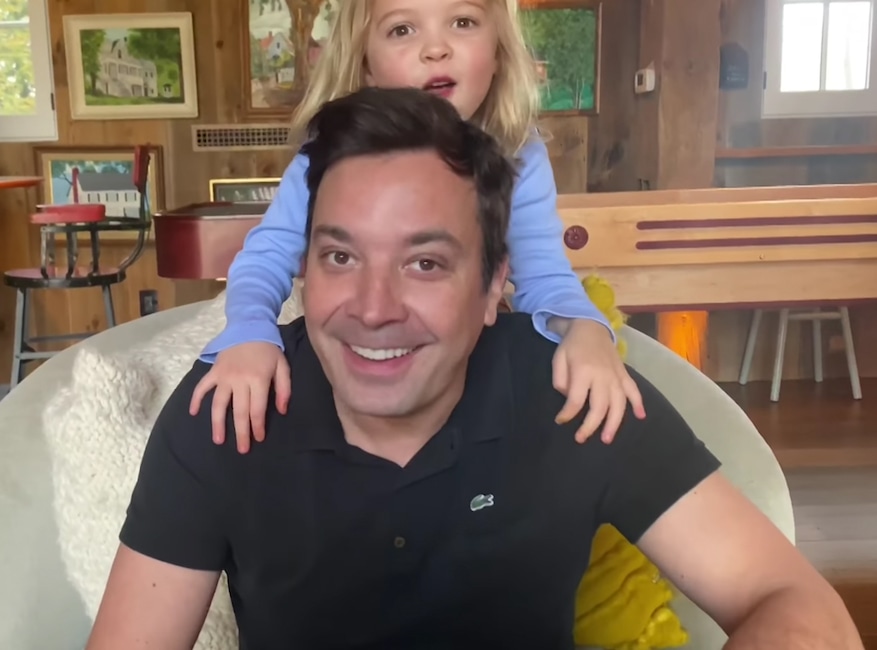 It's a family affair! During one at-home episode, Winnie Fallon filled in for The Roots while Frances Fallon crashed dad's monologue to snuggle. As for Jimmy Fallon's wife Nancy Juvonen, she took over filming and handled the camera. 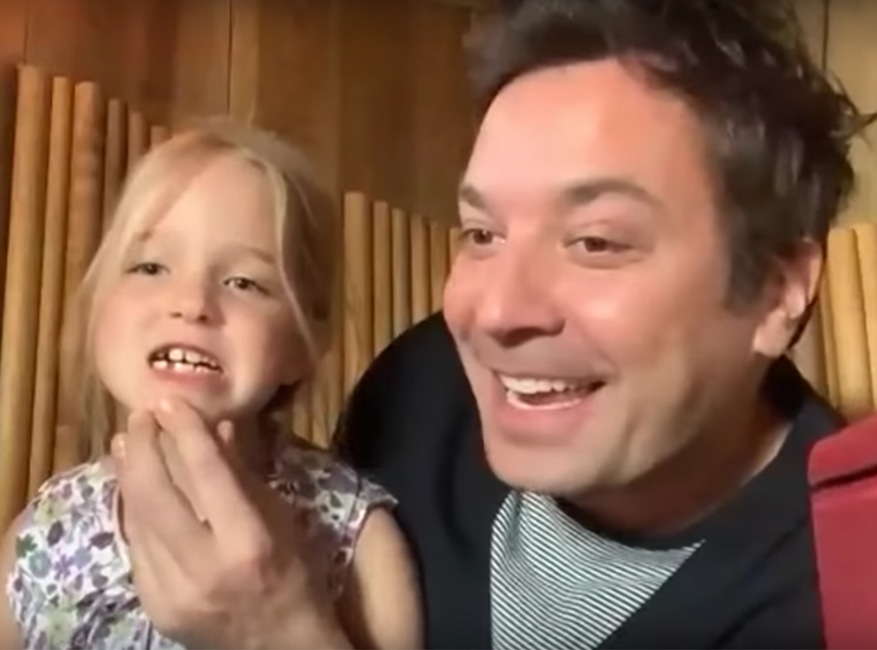 Paging the Tooth Fairy: You have a house to visit ASAP. In the middle of interviewing Ciara and Russell Wilson, Jimmy Fallon discovered his daughter had lost a tooth. "Mommy put a string around my tooth," Winnie Fallon said. "Then, she tried to pull it out, and then it worked." 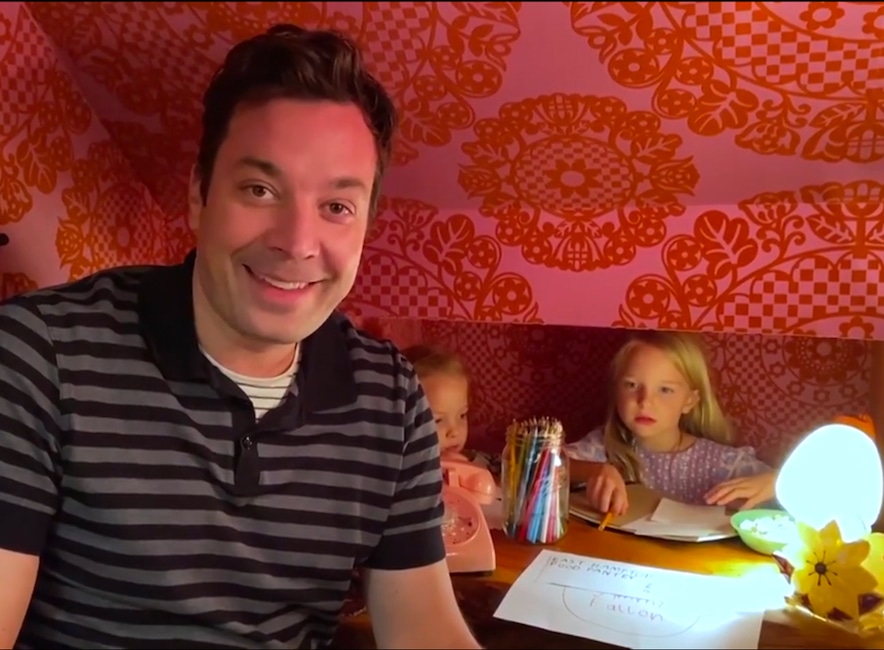 In a March opening monologue, Jimmy Fallon tried to recite his jokes in front of his two daughters. Spoiler alert: They weren't impressed but their reactions sure made us laugh. 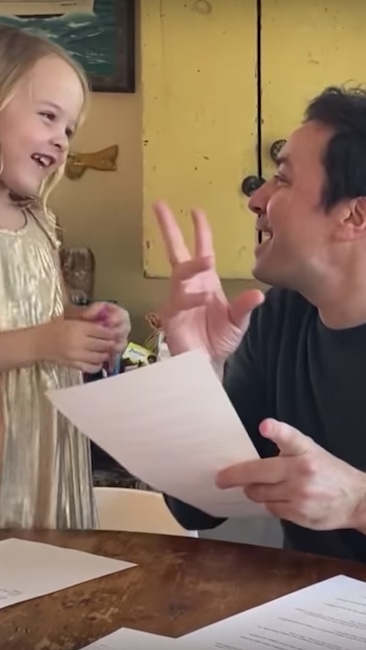 "I am getting to spend so much time with my kids, which I really love. They're amazing," Jimmy Fallon shared with Entertainment Weekly when discussing his at-home shows. "I don't know if the feeling's mutual, but I absolutely love hanging out with them. I'm going to be sad when I have to go back to work." 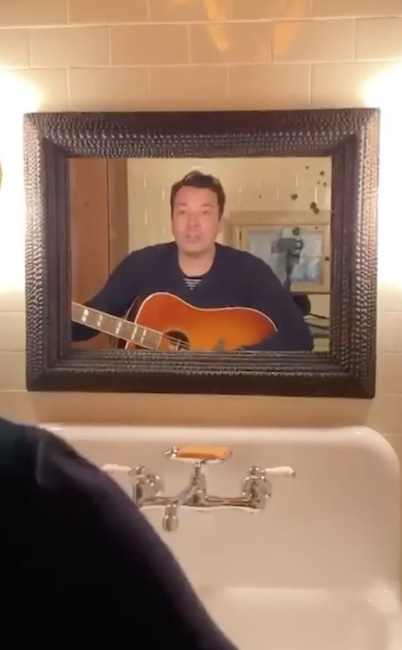 In an effort to help stop the spread of COVID-19, Jimmy Fallon and his daughters participated in a song appropriately titled "Wash Your Hands." We'd tell you more but just watch the video for yourself.

Watch the video to see the rest of Berry's interview.