Celebrate Kristen Stewart's Birthday With Her Most Badass Moments 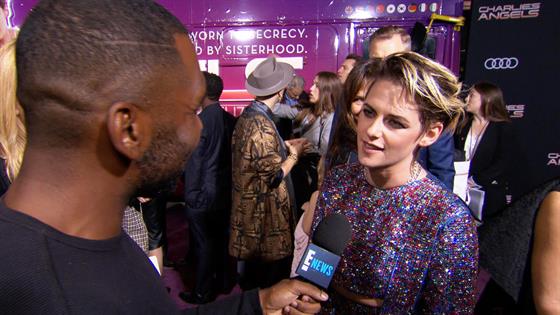 Throw on your favorite pair of Converse or Keds because today we're all about celebrating Kristen Stewart's birthday!

The actress turns 30 years old today and while we could go on and on about her amazing acting roles, we're taking the day to look back at her most badass moments off-screen.

We first got to know Stewart back in 2008 when she was cast as of Bella Swan in the pop culture phenomenon Twilight, a role that shot the then 17-year-old into the limelight.

Since then, we've seen the star go from a shy teenager to a confident woman who knows exactly who she is and isn't afraid to embrace it.

We watched her come out stronger on the other end of being the subject of tabloids, embrace herself as a feminist and take on challenging roles, like her physically demanding one in last year's Charlie's Angels.

So, whether you are a superfan or just learning now about how cool the performer is, we've rounded up some of Stewart's most inspiring moments ever. 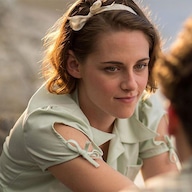 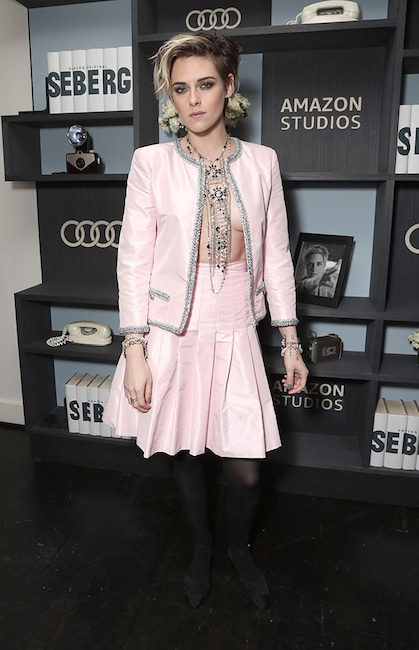 When She Was An Outspoken Feminist

Kristen Stewart is many things: actress, director, writer, fashion icon. But another label that she'll also happily wear with pride is being a feminist.

The performer told The Daily Beast that she felt, "It's a really ridiculous thing to say you're not a feminist" in 2017, but has been vocal about her commitment to women's equality other times, too.

She was quoted pointing out the differences men in Hollywood face versus women and summed it up with, "It's much easier for a guy to say what he wants and not to be cute and funny all the time, but, if you're a strong sort of woman, you're just, for lack of a better word, a bitch."

Stewart's outspokenness on the issue has no doubt inspired other women to stand up for themselves and become feminists, making her a badass in our book. 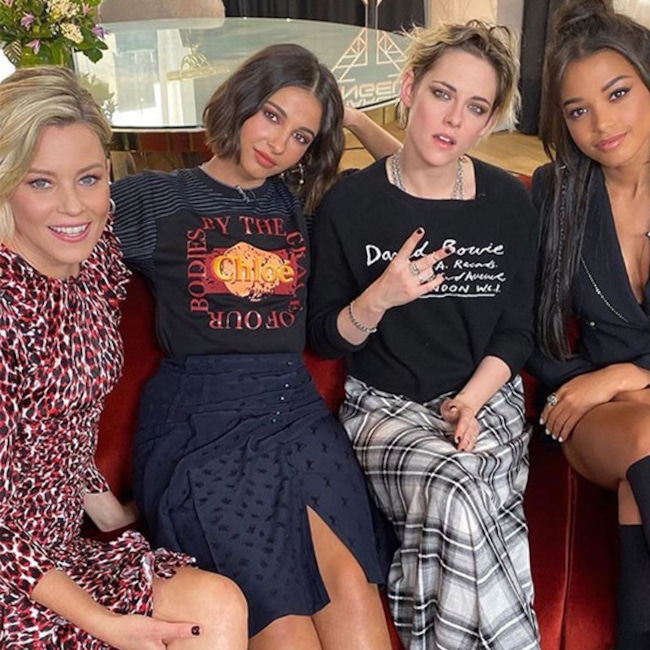 When She Trained for Charlie's Angels

When Stewart was cast in the Charlie's Angels reboot, it was a whole new challenge for the actress!

To get prepared for the role, the 30-year-old had to start boxing for the first time in her life as well as do fight training to pull off convincing action sequences.

Even better? The 2019 version of the franchise was a more feminist interpretation, making it fitting that Stewart would lead the project, so much so that director Elizabeth Banks said she knew Stewart had to be a part of the production.

"Kristen is the epitome of [the] modern American woman," Banks explained on an appearance on Jimmy Kimmel Live!

If you've seen the film, then you've seen Stewart take down baddies while on a horse, during a car chase and with a bowl haircut, proving yet again that the actress is badass both on and offscreen. 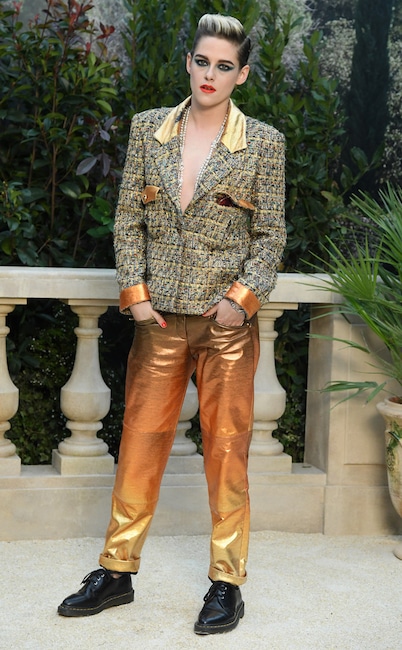 When She Stopped Saying Sorry

Twihards and the media went into a frenzy in 2012 when Us Weekly published photos of the actress kissing married director Rupert Sanders while she was still dating Twilight co-star Robert Pattinson.

Instead of avoiding the buzz or doing damage control, Stewart put all of herself on display with a public, emotional apology to Pattinson yet, despite her authenticity, was torn apart by tabloids anyway.

And where that may break many in the public eye, it made Stewart stronger. In a 2015 interview with Marie Claire, the actress hinted at the incident, stating, "Women are always saying they are sorry. I do it all the time."

She elaborated though that, "I've been doing less of the 'I'm sooooo sorry'" and how "I lit my universe on fire and I watched it burn."

Having the strength to rise from those ashes proves that the actress is bulletproof, and a total badass. 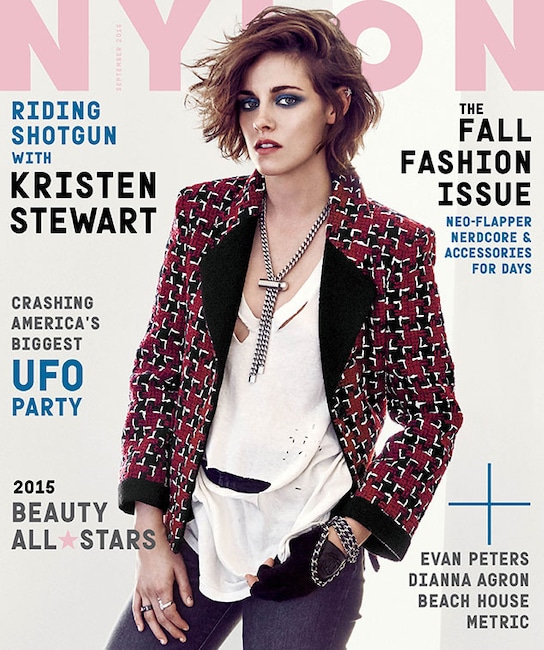 When She Wasn't Hiding

Watching Stewart's badass confidence of responding to the interest in her sexuality was nothing short of empowering when, in her 2015 cover interview with Nylon, Stewart perfectly addressed the then-recent gossip by saying, "Google me, I'm not hiding."

She continued in the interview to add, "If you feel like you really want to define yourself, and you have the ability to articulate those parameters and that in itself defines you, then do it. But I am an actress, man. I live in the fucking ambiguity of this life and I love it." 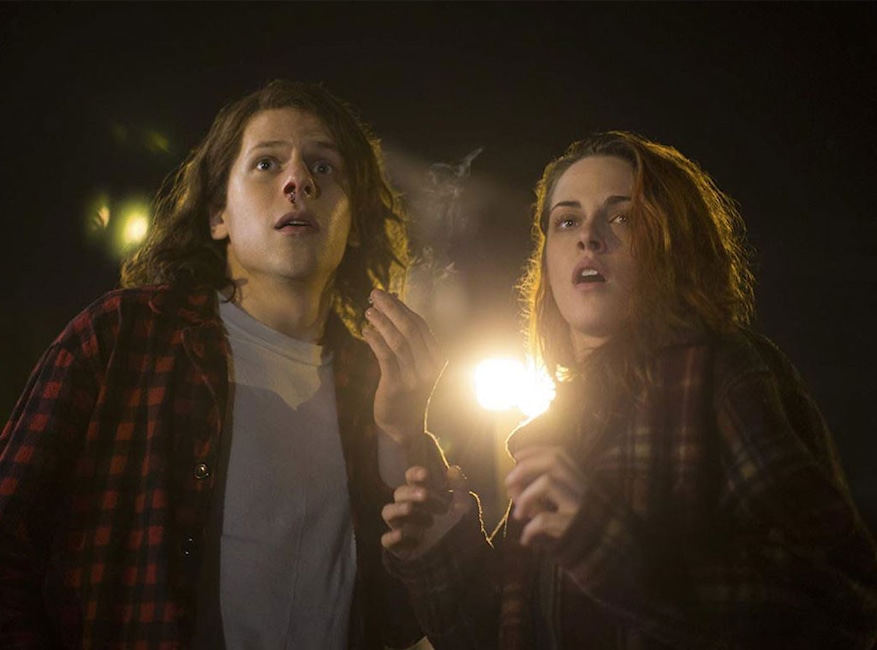 When She Challenged Hollywood Interviews

In a bit for CollegeHumor, Stewart and American Ultra co-star Jesse Eisenberg filmed themselves interviewing one another as if it were a typical Hollywood junket.

However, as Stewart asked Eisenberg questions about if he was seeing anyone or had gotten any work done, he realized those questions were meant for her and how sexist and invasive many questions female celebrities get are.

Stewart's ability to (hilariously) capture that double standard is one of the many reasons we love her. 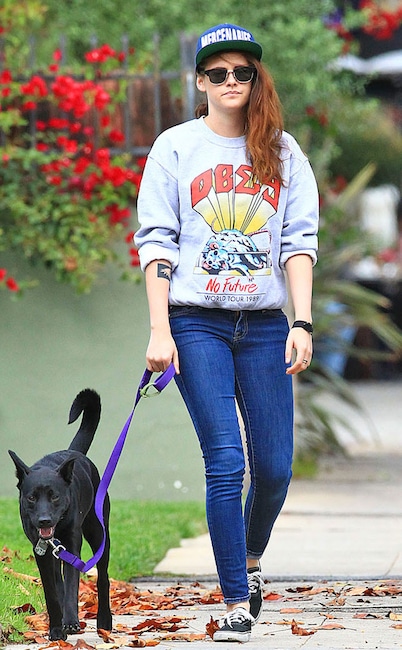 Take It From The Queen Herself!

In a 2015 video with Elle UK, Stewart explained all of the reasons she feels she is a badass and we totally agree with her list.

She included how she started acting when she was only nine years old, owns three dogs and actually loves to smile.

On being tough, she also added, "I like to make people think that I am," meaning if you want to be a little more badass in your own life, just fake it until you make it!