Who Run the World? Girls! These 16 Female Celebrities Run Their Own Empire 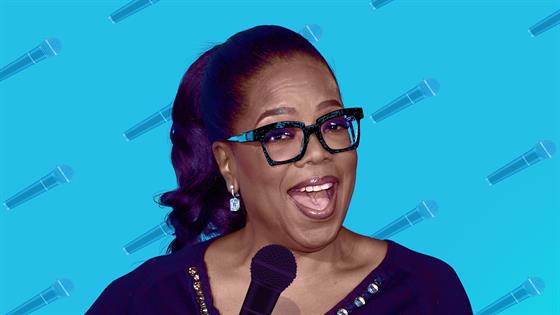 Now Playing
Up Next
Oprah Winfrey: In Her Own Words

When it comes to being the boss, these women know exactly how it's done!

On Sunday, it's International Women's Day, so we're getting a headstart on the holiday by celebrating the female celebrities who run their own empires.

Many of these women have changed the game in plenty of spaces held by men, like in the world of TV production or running a start-up. However, that hasn't stopped any of them from making room for their voice and coming out on top.

With people like Reese Witherspoon, whose production company is behind shows such as Big Little Lies and the upcoming Little Fires Everywhere, what we watch on our queues has been forever improved by her getting into the programming space.

Meanwhile, our wardrobes would be a lot less fun without Mary Kate Olsen and Ashley Olsen's brands like Elizabeth and James in our closet, or Gwen Stefani with her L.A.M.B. collection.

And when it comes to motivational everything, we all can thank Oprah Winfrey, whose vast business empire includes everything from shows to magazines to inspirational books. 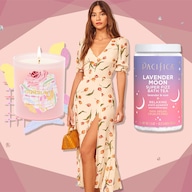 Take a look at some of our female celebrities who run their own empires, and get inspired to start your own! 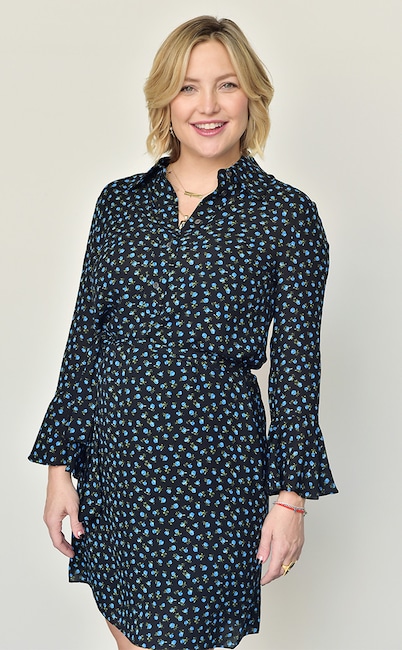 The mom of three can do it all.

In addition to having a successful acting career, Kate Hudson has branched out into the fitness world with her activewear brand, Fablectics, which she launched in 2013. Since its creation the brand has opened 25 stores and made stylish workout gear season after season. 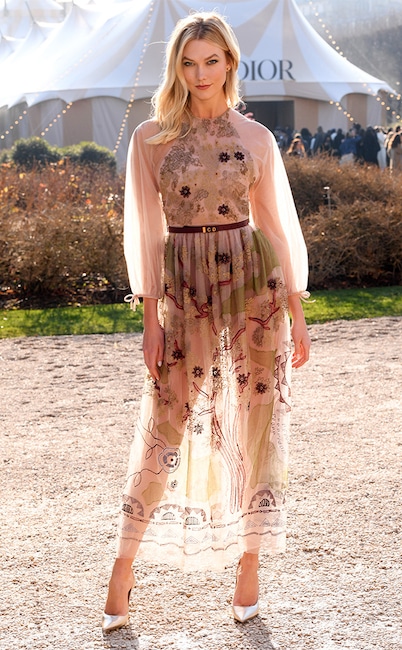 Karlie Kloss is a modern woman who wants it all and isn't afraid to go out and get it.

In 2015, she launched Kode With Klossy, which is meant to empower girls to learn code and become the future of tech. In another venture, Kloss has branched out into the TV world creating a cable talk show for Freeform in 2017 and in 2019, she was the host and executive producer for Project Runway. 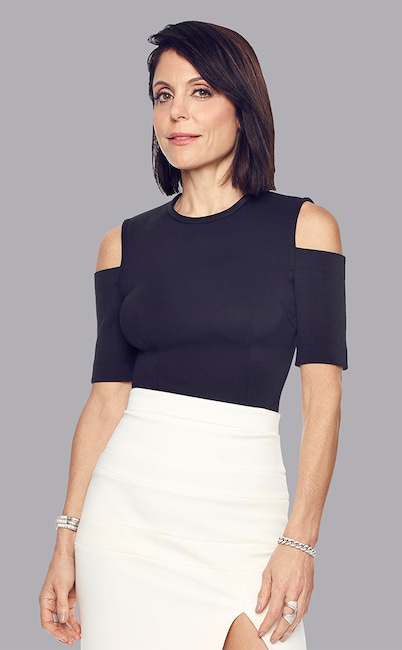 The former The Real Housewives of New York City star is one amazing businesswoman. Beginning with her Bethenny Bakes, AKA her healthy baked goods, to creating the first low-calorie cocktails with her Skinnygirl Cocktails line, she knows food and she knows women. 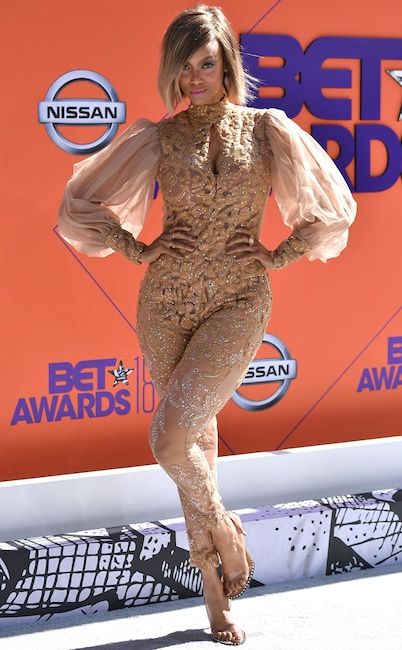 Smize baby! Tyra Banks has made a name for herself as a supermodel and creator of America's Next Top Model starting back in 2003 and that's just the tip of the iceberg for Banks. She has her own production company, Bankable Productions, and her own investment firm called Fierce Capital.

In 2014, she created her cosmetics brand Tyra Beauty and got a degree from Harvard Business School to become a full-fledged businesswoman. She has also written books, including Modelland, and was both the star and executive producer for Life-Size 2. 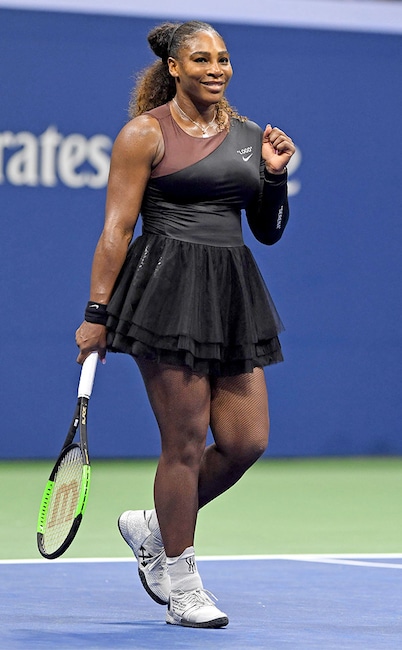 Serena Williams will forever be known as one of the greatest tennis players of all time, and she's used her brand to create and cultivate even more for herself off the court.

For starters, she has designed a few lines at HSN over the years, one of which debuted at New York Fashion Week in 2015. She has also collaborated with Puma and Nike in the past and created her own line of designer apparel called Aneres. She currently has her own line of clothes for both regular and plus-sized women called Serena that has recently teamed up with Bumble, the dating app she is currently a global advisor for, to create special tees for her line. These clothing ventures, paired with her philanthropic and advocacy endeavors makes Williams an even bigger star. 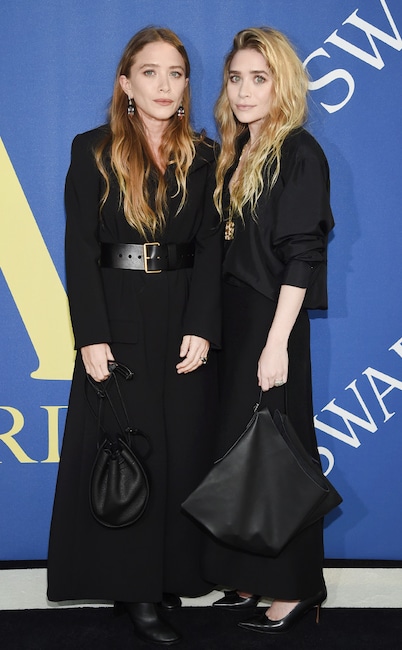 Mary-Kate and Ashley Olsen take twinning to the next level as twins who win at running an empire together.

In 2006, the Olsens created The Row, with a goal of creating the perfect T-shirt, and more than 10 years later it is a high-end staple at New York Fashion Week. In 2007, they launched Elizabeth and James, named for their younger siblings, as a more contemporary line of clothing and accessories.

With all of these ventures, the women are now millionaires (estimated at a combined worth of $300 million) with a fashion empire estimated at $1 billion...and fierce boss ladies. 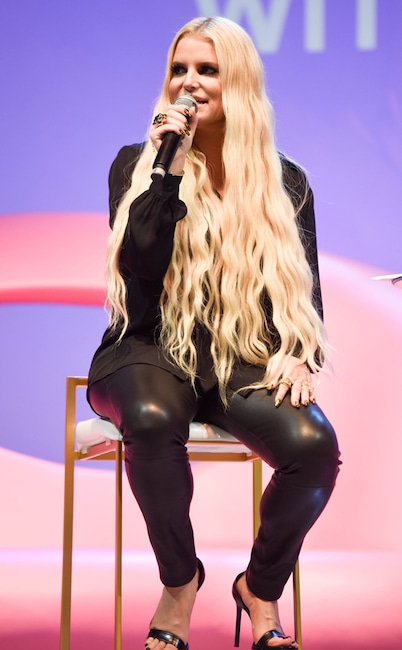 The pop singer turned fashion designer has one of the most successful fashion empires right now and it might surprise some people.

Beginning back in 2011, Jessica Simpson's brand The Jessica Simpson Collection hit the $1 billion in annual sales mark and she continues to hold that number with over 30 product categories that range from shoes and swimwear to sunglasses and home goods. She can do it all and she has dating back to 2006 when she first launched her ever-expanding line.

We also couldn't get enough of the inner thoughts and ruminations of the author when she released her memoir, Open Book, earlier this year. 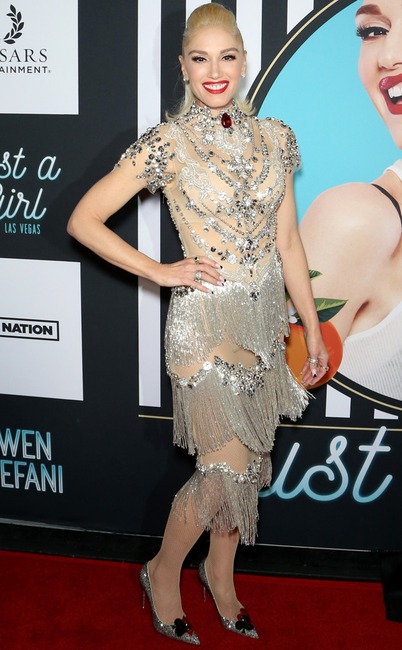 When Gwen Stefani isn't making money as a musician, booking tours or from when she was a judge on The Voice, she is making money through her other love...fashion.

The singer launched her first fashion line called L.A.M.B. in 2003 and since then she's started two new brands including, Harajuku Lovers, and a glasses line called GX by Gwen Stefani, not to mention her beauty collaborations and fragrance releases over the years. Oh, and she also created a TV show for kids called Kuu Kuu Harajuku which she both wrote and produced from 2015 to 2017.

She also is in the midst of her "Just a Girl" Las Vegas residency, proving the singer never stops succeeding! 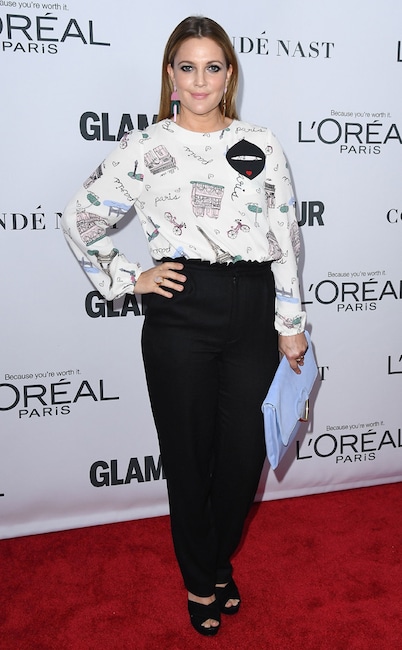 Drew Barrymore might be Hollywood royalty coming from a family of actors and continuing the family business, but she's taken it a step further adding producer and director credits to her resume throughout her career.

In 1995, she co-founded her production company Flower Films, which has produced movies like Charlie's Angels and He's Just Not That Into You. Then in 2014, she founded her own beauty company called Flower Beauty, which empowers women by creating products that make them feel good in their own skin. She has now expanded her beauty brand to the United Kingdom and can be found stateside at Target, Ulta and more retailers.

Gloria Estefan and her husband Emilio Estefan are powerhouses in the business world, especially in Florida.

Together they own a slew of restaurants including, Bongos Cuban Cafe, Larios on the Beach, Estefan Kitchen Express and Estefan Kitchen in Miami's Design District. They also own Costa d'Este and The Cardozo hotels, because why have restaurants and not hotels, duh? In 2009, the power couple became minority owners of the Miami Dolphins and Gloria is on the board of directors for Univision. 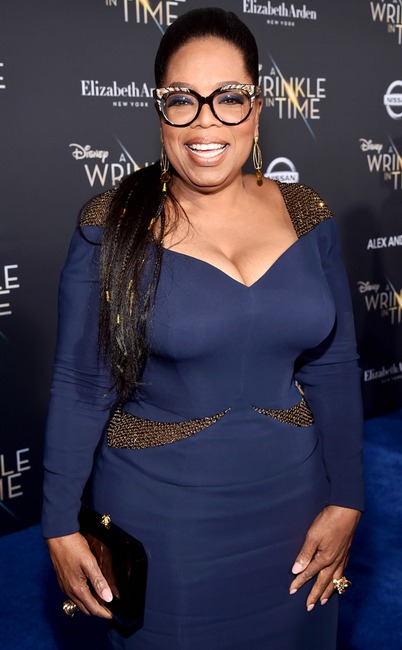 What hasn't Oprah Winfrey added to her empire at this point? She owns Harpo Productions, which is the production company behind The Oprah Winfrey Show, which means she's been making bank from it from very early on.

She was one of the first investors in the Oxygen network, so when it sold for more than $900 million in 2007, she again made money. In 2000, the TV guru founded O Magazine, which is still in circulation. In 2011, she launched her successful TV network, the Oprah Winfrey Network or OWN, which has produced shows like Queen Sugar and Dr. Phil.

Oh, and then there's her stake in WW, the new Weight Watchers, which she bought 10 percent of in 2015. Lastly, she has most recently signed a multi-year contract deal with Apple that will be a partnership for programming towards its original content lineup. 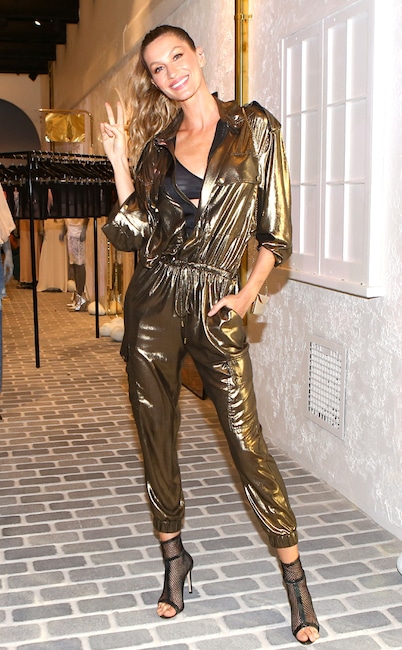 Gisele Bündchen is one of the most famous and iconic supermodels in the world.

In addition to earning money by walking runway shows, doing ad campaigns and being the face of numerous brands over the years, Bündchen has many bank through other ventures including partnering with Grendene, a synthetic footwear company to sell her own line of sandals, and teaming up with Hope, Brazil's largest lingerie manufacturer for her own brand in 2011.

That same year she launched Sejaa Pure Skincare, which is an eco-friendly line of beauty products and she has been Procter & Gamble's Pantene hair product model for more than a decade. In 2018, she took her lifestyle of healthy habits and zen practices to the next level by releasing a book called Lessons: My Path to a Meaningful Life, which adds to her estimated $360 million net worth. 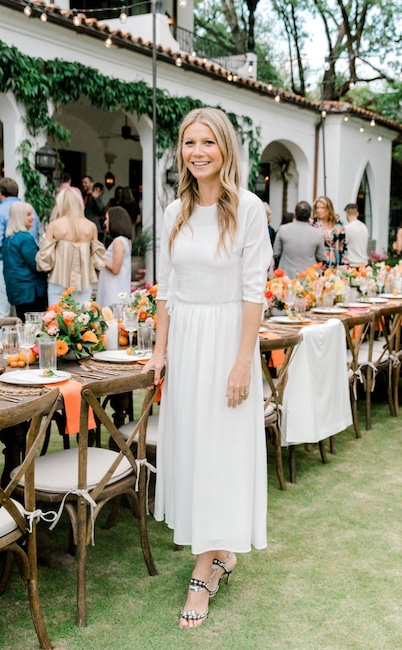 Movie star and more is exactly what Gwyneth Paltrow has become.

After becoming the face of numerous brands including Estée Lauder's Pleasures perfume and Bean Pole International, Paltrow brought her beauty know how and celebrity clout to the masses by launching her weekly lifestyle newsletter Goop in 2008, and we recently saw the day-in-the-life of the company unfold on her Netflix series The Goop Lab, which she also executive produces. 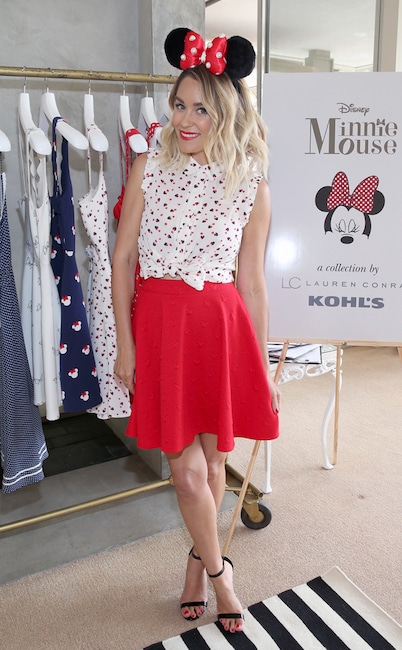 After her time on Laguna Beach and The Hills, the reality star decided to take on the lifestyle scene with her website LaurenConrad.com which launched almost 10 years ago and covers everything from party planning ideas to her favorite fashion pieces.

Her budding empire is also made up of two fashion lines, LC Lauren Conrad for Khols and Paper Crown. Plus, she is an author with nine titles to her name and she co-founded The Little Market in 2013, which is focused on creating sustainable partnerships with artisans around the world, and in 2018 its first store opened in Los Angeles. 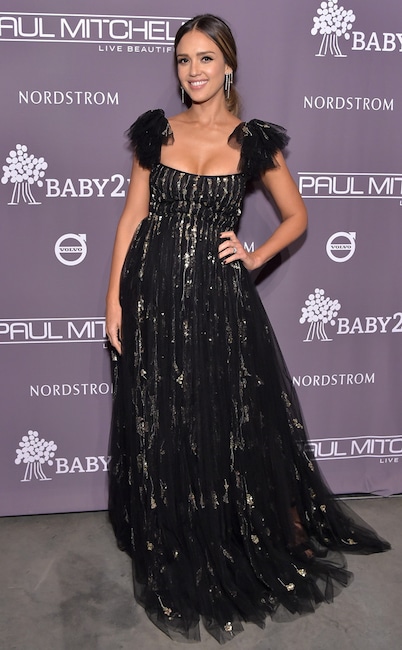 Acting might be where Jessica Alba started, but she is a fierce businesswoman now thanks to her consumer goods company, The Honest Company.

Founded in 2012, Alba along with business partner Christopher Gavigan set out to make household products as well as baby items ethically and safely. In 2015, Alba launched a collection of skin care and beauty products under the Honest Beauty banner, which has just added to her empire and sales. 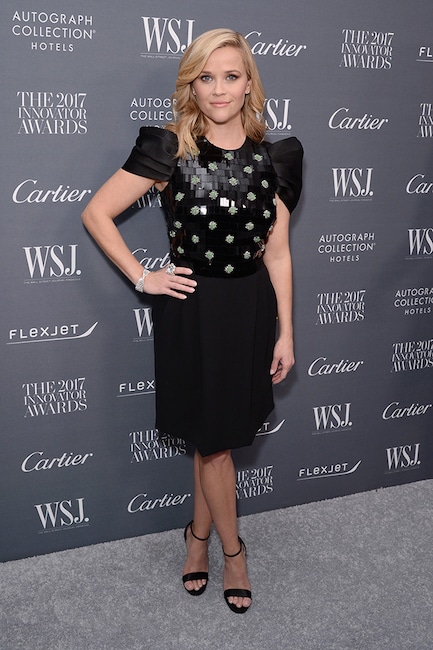 Reese Witherspoon is a great actress, but she's an even better business woman.The actress has her own production company called Hello Sunshine, which has worked on projects like Wild, Gone Girl, The Morning Show and Big Little Lies.

On the other side of her empire is her fashion and lifestyle company called Draper James which launched in 2015. Since its launch she has written a book about southern living called Whiskey in a Tea Cup, partnered with Crate & Barrel for a few capsule collections and opened four stores in the south.