"Save room for us"... that's all Tinashe is asking for.

2020 is already proving to be one for the books for the 27-year-old star, who is getting ready to kickoff her highly-anticipated Tour For You tour in April.

But before she hits the stage to perform her latest tunes, the "All Hands on Deck" songstress recently sat down with host Justin Sylvester on E!'s digital series Just the Sip to chat about everything from her music evolution to her Ben Simmons breakup to being pitted against almost every "black woman" in the industry.

As Tinashe put it during her interview, "This is getting really deep right now."

While the songstress spoke about the difficult period in her career, where she had to "pause" on everything and start with a "clean slate," she also touched on one of the more challenging things she experienced. She opened up about being compared to other female R&B artists.

Listen to Tinashe's Full Interview on the Just the Sip Podcast

"Everyone... every black girl," Tinashe shared after being asked who she's been pitted against.

She said, "First, it was the superstars, which was like, 'Whoa... How are you guys gonna pit me against these people?' It would be: 'Tinashe, the new Aaliyah. Tinahe, the next Beyoncé.' I would be like, 'You guys are setting me up left and right. These people are icons.'" 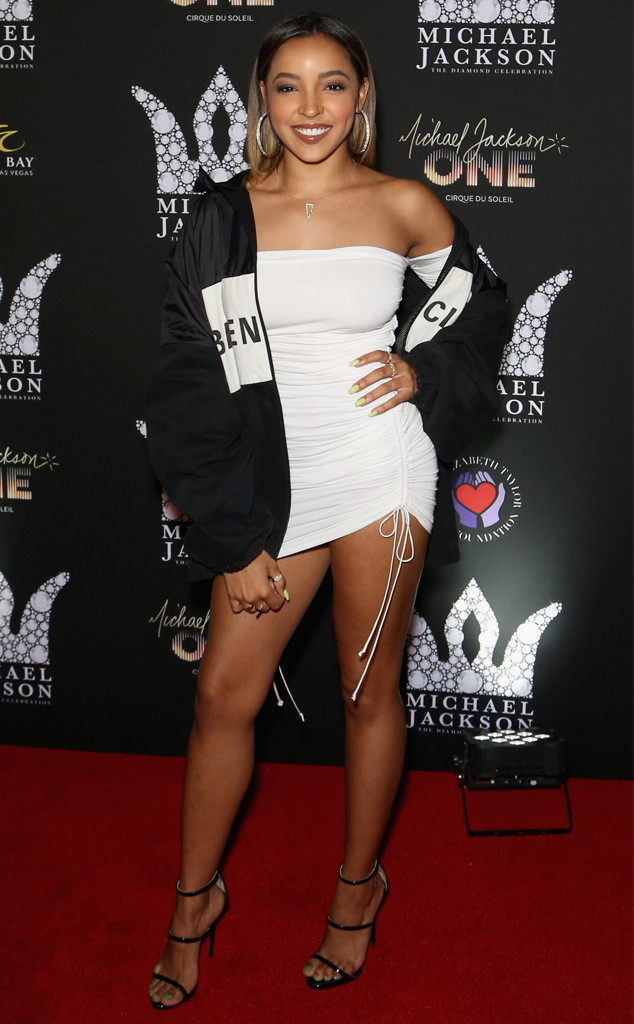 "So it started off there, and then it was everyone," she continued. "I literally could name six different people at one point that has been Tinashe versus... Jhené [Aiko], versus FKA twigs... Tinashe versus all the R&B girls...Cassie.

"All the 'whisper' singers," she added.

It's not just those in the industry doing this to Tinashe, as she pointed that her fans have made snarky comments comparing her to other female musicians.

"I think fans do it all the time," she said when asked if someone has ever taken it to the next level. "Actually, I realized that by meeting people in person. I would meet someone and they would be like, 'Hey, I really love your music but I'm actually a huge Kehlani fan.'"

"Just the fact that you said that is very strange," she expressed. "You're putting it out as if you can't be a fan of me because you're a fan of her, which is very, very strange."

Despite hearing these remarks, Tinashe is at the top of her game and doing things on her own terms.

Just last November, the 27-year-old star released her fourth studio album, Songs For You. Moreover, she released it independently under her own label, Tinashe Music Inc.

"We gonna get this right," she shared about having to restart everything in her life, including her label, management, glam squad, lawyers and more.

If anything, her latest album hits a chord for an important reason: "It means everything because this is me."

"Before, I was learning... kinda coming up in the game, finding my way," she explained of starting out with her old team. "I found myself in a place where I needed to step back, find pause in my life, really reinvent and become the artist that I felt I truly was, am." 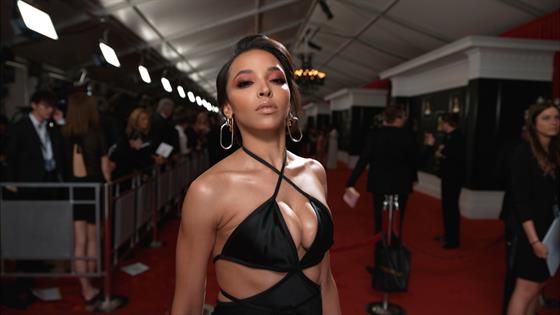 "I felt like I was coasting through my career, going through the motions," she added. "Instead of doing what I really, really wanted."

However, it's clear she's calling the shots and marching to the beat of her own drum.

"For me, taking that risk [to part ways with everyone] felt like a better option than to continue on what I was doing before," she said. "It felt like a spiritual, instinctual calling... this is the perfect opportunity, go bitch!"

To listen to Tinashe's full interview where she talks about Simmons, the wildest rumors she's read about herself and more, watch our video above!