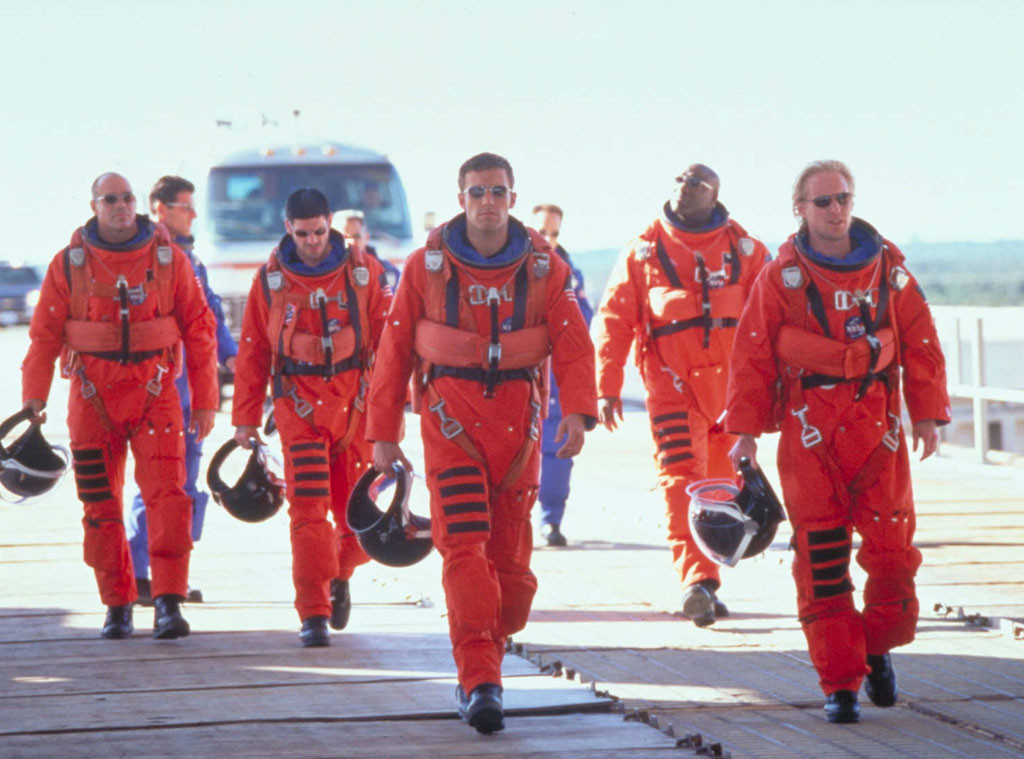 Quick, which asteroid-hurtling-toward-earth disaster flick from 1998 do you remember?

If you answered the one with hunky Ben Affleck, you are correct.

"If you don't [develop the characters], then you're just left with a bunch of physical action that's disconnected from character," executive producer Jonathan Hensleigh, who conceived the original story and also co-wrote Armageddon's screenplay with J.J. Abrams, exclusively tells E! News. "You might have a chance of having a successful movie at the box office, but it increases your odds exponentially if you include really strong character stuff." 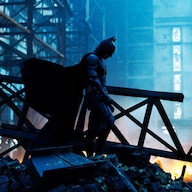 Consider the chemistry between Ben and Liv, and the conflict between Ben and Bruce, who played Liv's concerned dad, and their eventual tear-jerking heroics to be the stuff summer blockbusters are made of. 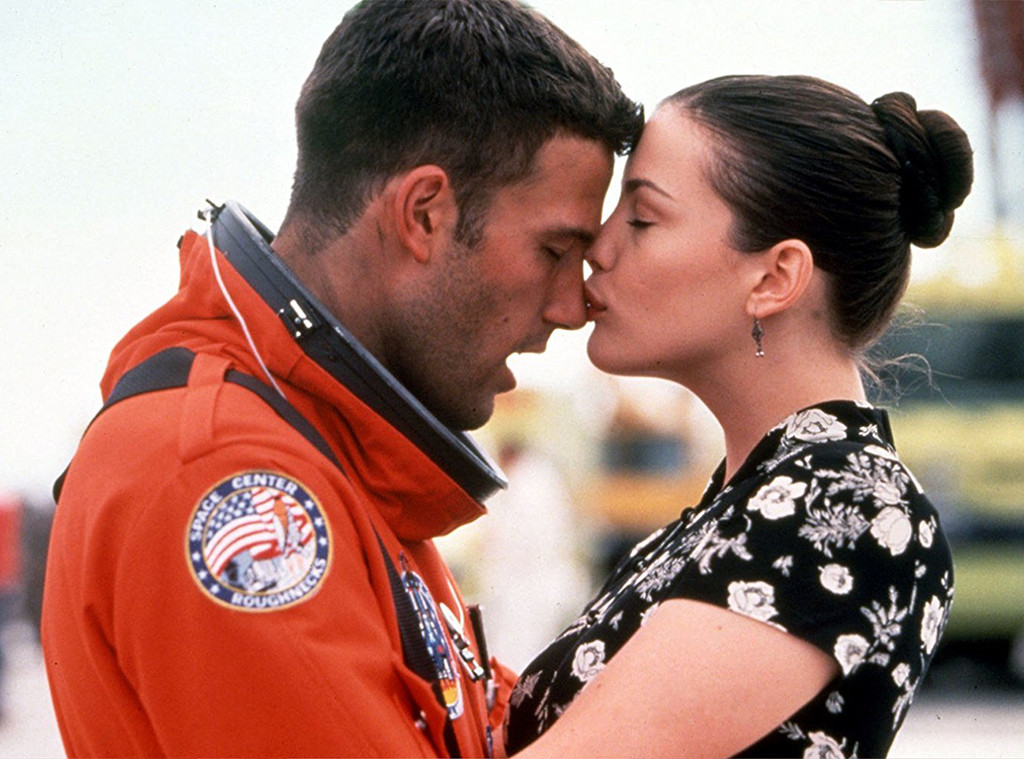 It's been 20 years since the Michael Bay-directed film hit theaters and, despite the countless websites devoted to debunking the scientific accuracy of the plot, its shelf life endures thanks primarily to it being what Hensleigh calls a "character-based action picture."

For Armageddon, this meant establishing Willis as Harry Stamper, the blue-collar master oil driller handpicked by NASA to bore a hole in an asteroid so that they can plant a bomb and blow it up from within in order to save the world. Similarly, Affleck had to be believable as roughneck A.J. Frost, who both works for Harry and—much to the boss' dismay—is in love with his daughter, Grace (Tyler). 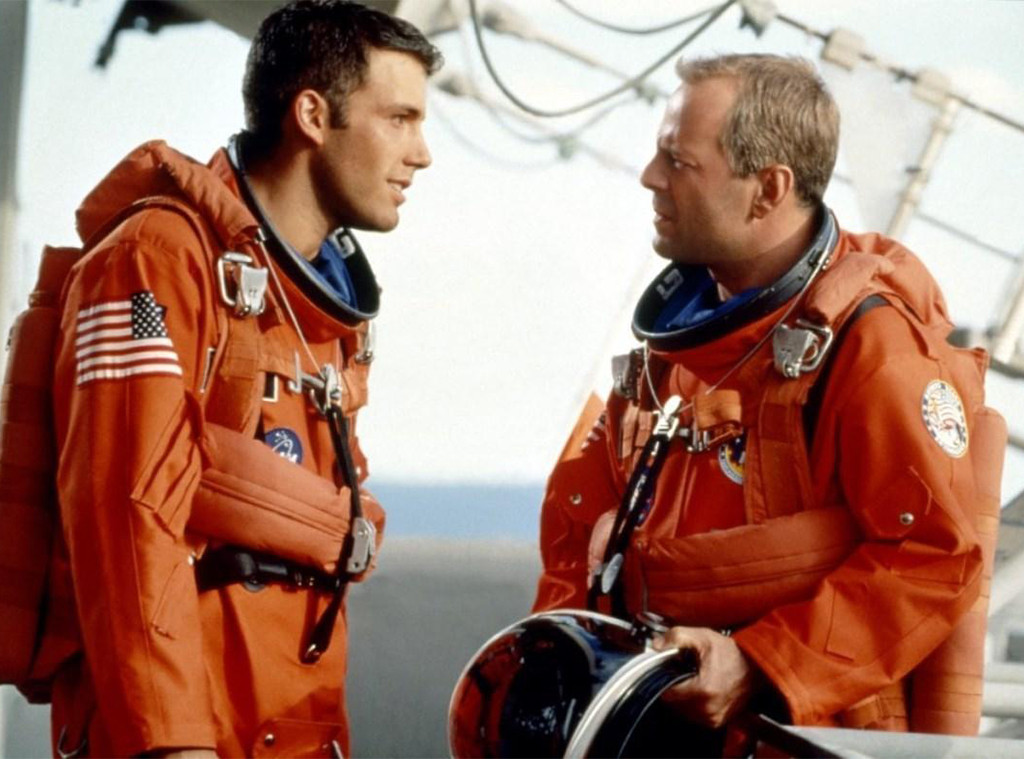 "It's still—Bruce is the star, and it's Bruce's movie," Affleck points out in commentary included on the Criterion Collection DVD/Blu-ray, "but more so than most of these movies, they went against type in a sense that they did try to at least have kind of limited story lines for each of the few main ensemble players." 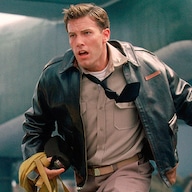 "[It's] to try to develop a thing where you care about a bunch of people," he adds, "and it sort of holds your interest."

The actors themselves—particularly Willis and Affleck—helped generate initial interest in Armageddon as well. "In fact," says Hensleigh, "when I did the first draft, I had Bruce in mind more than anything because I'd come off working with him in Die Hard With a Vengeance."

Then 25, Affleck "was an emerging star" at the time, Hensleigh recalls. "He had the Good Will Hunting project in the can, and you know, he had become a really, kind of go-to young star, and I loved him." 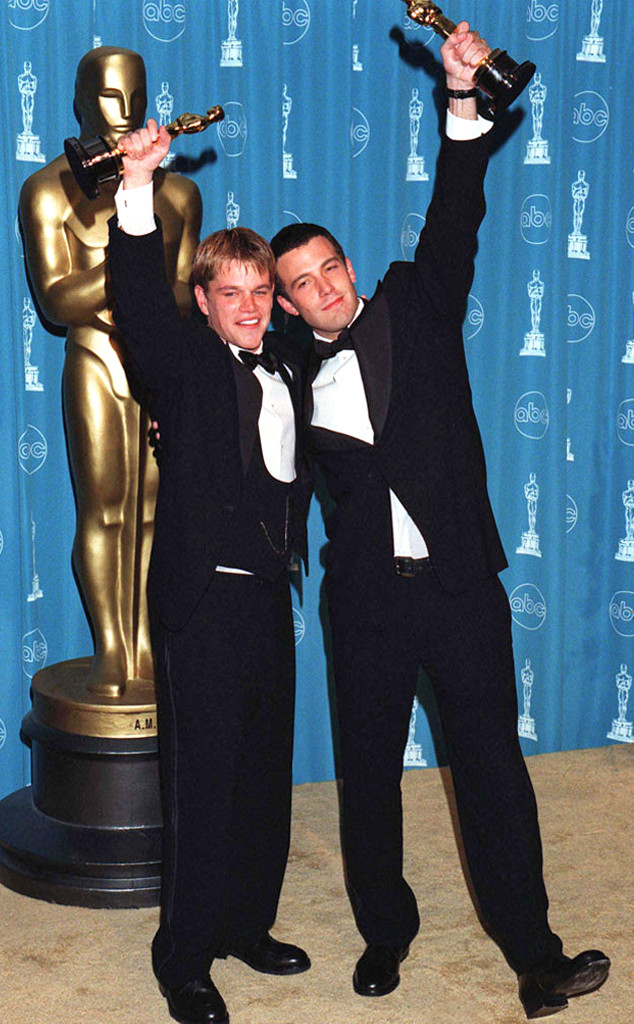 He also had a barely 4-month-old Oscar in his pocket for co-writing Good Will Hunting with Matt Damon when Armageddon premiered.

But prior to landing that role, of oil driller shot into space to save the world, Affleck's resume consisted of mostly supporting parts and indie films, his biggest chunk of screen time coming in Kevin Smith's 1997 romantic dramedy Chasing Amy, and he'd yet to be a full-on leading man in a big-budget production.

Despite this, Hensleigh "was enormously in support" of casting Affleck for this breakout role. "We were all confident," he says. "I mean, look at the guy!"

Affleck, indeed, nailed the part of the beefy but sensitive A.J., his chiseled jaw and muscled frame serving him as well as the script. He may have had his concerns about how realistic Armageddon's plot was, but he didn't let on until much later. 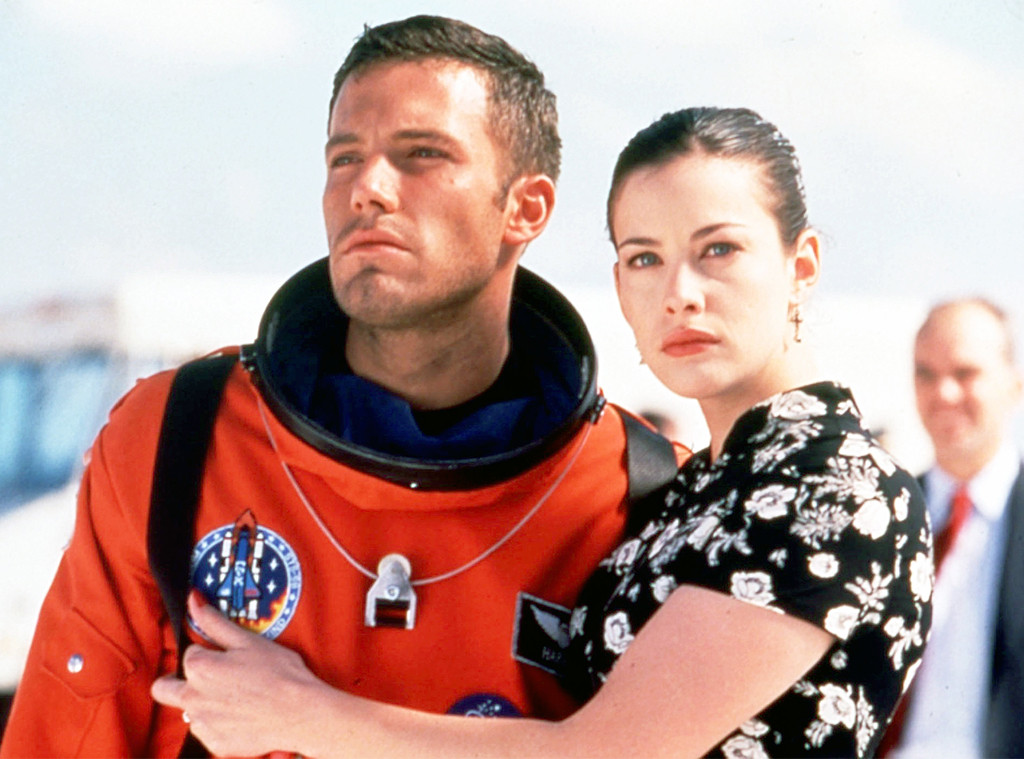 Hensleigh, however, has a pretty straightforward explanation.

"[You're asking] why couldn't they just train a bunch of astronauts to drill holes? Well, we worked on that in the development of the screenplay," he says, "and we hopefully did a very good job explaining that drilling holes—going through hard rock—is kind of an art, and it really is difficult."

Hensleigh adds that the "master drillers who are running the rigs...are very experienced guys [who] have been doing it for years and years and years"—something Willis' character explains to the head of NASA toward the beginning of the movie.

"You know, drilling's a science. It's an art," Harry says. "I'm a third generation driller, doin' it all my life. I still haven't got it all figured out." 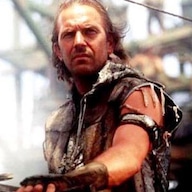 It's only when he confirms, "All they gotta do is drill? No spacewalkin'? No crazy astronaut stuff?" that Harry suggests bringing his own crew with him to drill into the asteroid. These guys—Wilson, Buscemi, etc.—then train for eight days (that asteroid isn't' getting any further away, after all) before blasting off into space under the guidance of NASA experts on the ground.

It just wouldn't have worked for NASA to train their existing astronauts to drill, Hensleigh insists, telling E!, "No matter how hard they train them in the short window that they have, they're never gonna get these guys up to speed where they can confidently drill down into this material."

"Now again, whether or not that's the case or not, that's beside the point," he says, "but we had to work it out and make it believable for a high-concept Hollywood action movie." 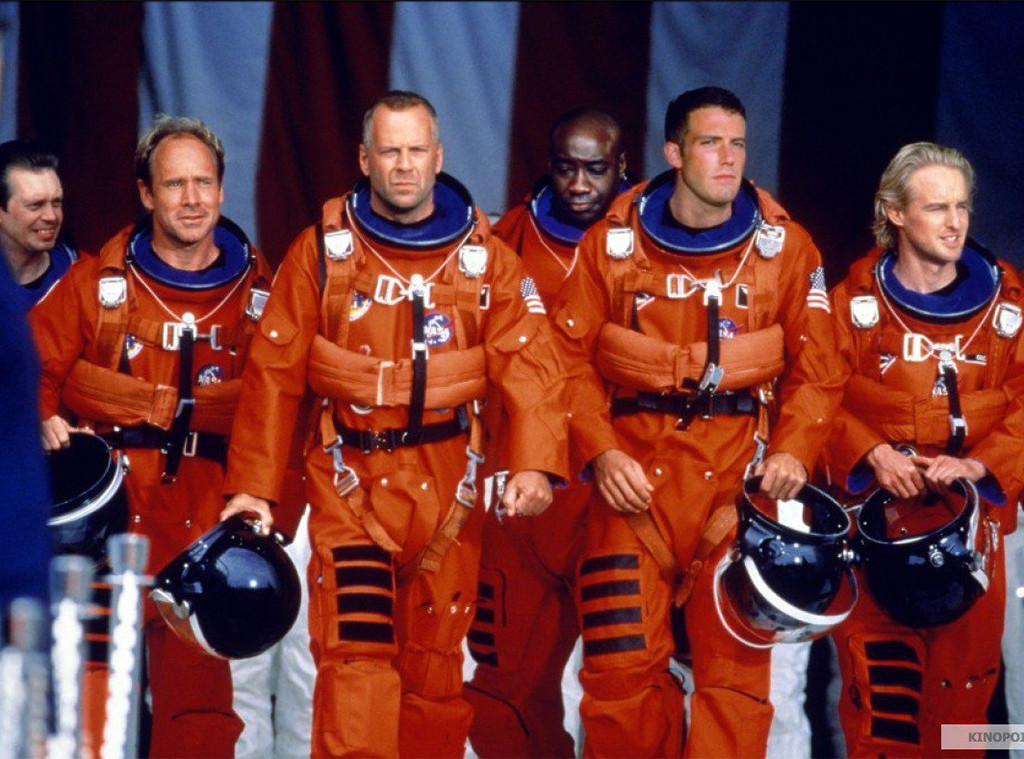 Hey, we bought it—and we still do 20 years later. Of course, academics and astronomers alike have gone into great depth debunking Armageddon, and Internet lore would have you believe that NASA has new employees identify 168 scientific inaccuracies in the movie. (According to NASA Press Secretary Megan Powers, this widely circulated falsehood "is an urban legend." In fact, Powers tells E! News she's "not aware of this [movie] being used in any of NASA's training programs.")

Armageddon wasn't exactly a critical darling, the late Roger Ebert famously calling it "an assault on the eyes, the ears, the brain, common sense and the human desire to be entertained." Even Bay himself was quoted five years ago saying he wished he had more time to edit the film, "specifically the third act."

But the movie grossed $553 million at the box office worldwide, and while there's no need to get Neil deGrasse Tyson on the case or anything, there is scientific proof that it sent Affleck on an irreversible trajectory toward being named People's Sexiest Man Alive in 2002. 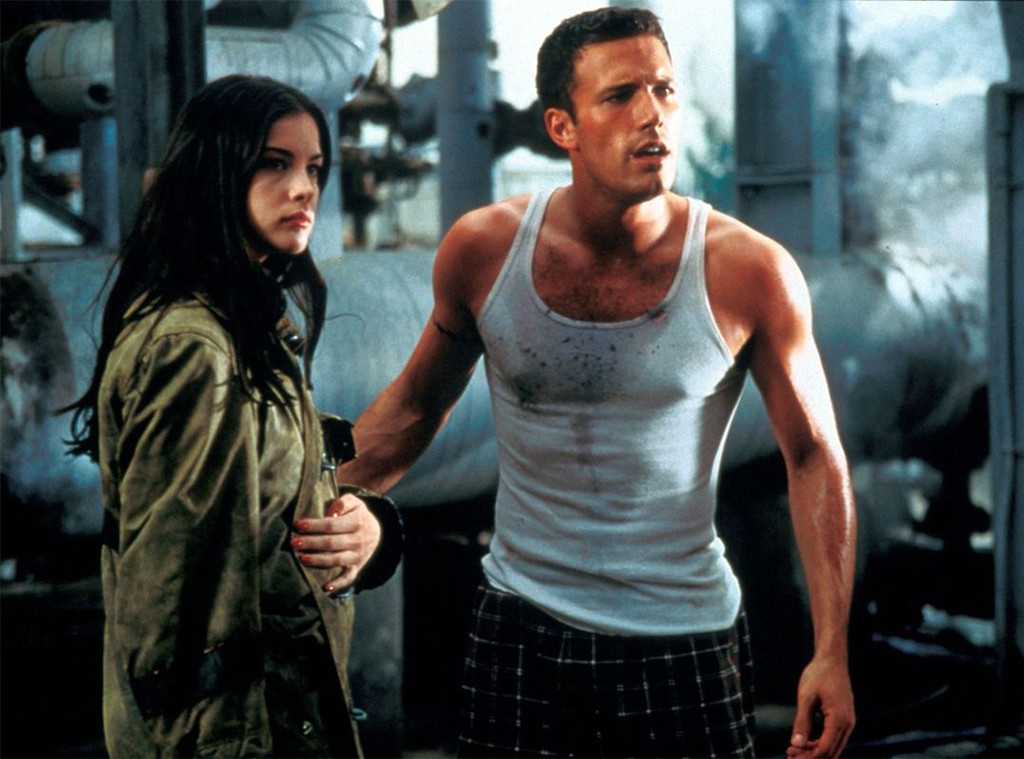 Even Bay clarified in a 2013 blog post (since deleted) that he had nothing to apologize for. "And still today Armageddon is still one of the most shown movies on cable TV," he wrote. "And yes, I'm proud of the movie. Enough said."

Hensleigh, whose screenwriting credits also include Die Hard With a Vengeance, The Rock (also directed by Bay), and Jumanj, agrees.

"I'm hoping that Armageddon was part of that sort of golden 1990s period of action pictures that I was very much in the wheelhouse [of]," he tells E! News.

"I like to think that a lot of these pictures stand up really well, and the ones that were as commercially successful as Armageddon, they were harbingers of the kind of character-based action pictures that are successful today—particularly the Marvel movies that are heavily character-oriented, and they're mission movies."

And if Armageddon were released today, would it still have liftoff? "The effects would be done differently because technology's changed so much," says Hensleigh, "but I like to think that it would be releasable right now, and it would be just as big a hit."