The rose-colored glasses have come off and the view isn't so pretty.

Hot on the heels of a controversy surrounding season 13's frontrunner Garrett Yrigoyen liking offensive Instagram posts, The Bachelorette is once again dealing with another scandal, as Lincoln Adim, a contestant currently vying for Becca Kufrin's affection, has been charged with assault and battery after an incident in 2016.

Though they (along with ABC) were initially not commenting on Lincoln's conviction, Warner Bros. eventually issued a statement regarding this latest controversy, saying they were "investigating" how the incident didn't come up during a background check conducted by a third party.

Still, Lincoln's casting on the show brings up the moral dilemma date-card carrying members of Bachelor Nation now face while watching the show: How can we watch suitors participate in a fairy tale-inspired show when their past behavior is fodder for legitimate PR nightmares? 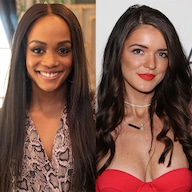 Sure, you could argue this is a reality TV show that has thousands of hopefuls applying to be cast and sometimes things can slip through the crack…until you realize the Internet is policing the contestants' backgrounds more thoroughly than the people being paid to do so.

And as a longtime fan (I attend weekly viewing parties, alternating between snarking and swooning with a group of women I met through our mutual interest in the show that have now become some of my closest friends) and one-time defender of the franchise, I feel personally and professionally betrayed at this point. I deserve better. The fanbase deserves better. And their lead, in this case Becca, definitely deserves better, as she is now forever linked with these controversies.

Why are you making it so damn hard to watch and enjoy you, The Bachelor?! It seems even our guiltiest pleasures are no longer guilt-free in 2018, a time where we no longer can look the other way or feign ignorance.

Sorry, Garrett, but a mindless double-tap should mean something, especially when we now live in an age where contestants' full-time jobs often become earning double taps to rack up sponsored content once they appear on the show.

A contestant with a history of assault allegations shouldn't even make it past the first stage of interviews in a time where award winning actors are (rightfully) booted off of award winning shows after being accused of sexual misconduct and abuse. Time's up for everyone, including the producers of The Bachelor. Because really, the show hasn't evolved since its inception in 2002. Sure, the production value has vastly improved, the players have steadily changed and the social media footprint has rapidly increased, but time and time again, the show proves its inability to evolve. Or maybe they've just never been truly held accountable by its audience—until now, with the #MeToo movement shining an unavoidable spotlight and giving the public the platform to demand more from its entertainment providers.

For every contestant with a problematic past that applies, there's got to be at least 10 average Joe's (like, say the grocery store owner everyone fell in love with in Becca's premiere). Is it really that hard to cast them?

Speaking of the casting process, Amy Kaufman's (full disclosure: she's my friend and a member of my Bachelor viewing party group, lovingly dubbed Bach Discush) best-selling book about the franchise, Bachelor Nation: Inside the World of America's Favorite Guilty Pleasure, revealed aspiring contestants are required to fill out an extensive 150 question personality test, sit down for extensive interviews with producers, and meet with the show's therapist. Once they make it through those stages, the final steps are a medical exam and a meeting with a private investigator. "This person would be trained to dig up any skeletons in the closet—partly to use for their storyline but also to get ahead of any tabloid stories that could come to the surface if they were on the show," Kaufman wrote.

"We're really careful about who we let on the show," he said, according to Kaufman. "We lose a lot of great potential characters because we're so tough and stringent … Anyone who has any sort of borderline personality disorder or instability or any sort of past involving contemplation of suicide—we just can't take the risk. We just don't."

Clearly, a lot has changed when it comes to risk aversion in six years.

As for how Lincoln slipped through the casting cracks, here's Warner Bros. full statement:

"No one on The Bachelorette production had any knowledge about the incident or charges when Lincoln Adim was cast, and he himself denied ever having engaged in or having been charged with any sexual misconduct. We employ a well-respected and highly experienced third party who has done thousands of background checks consistent with industry standards to do a nationwide background check in this case.  The report we received did not reference any incident or charge relating to the recent conviction - or any other charges relating to sexual misconduct. We are currently investigating why the report did not contain this information, which we will share when we have it." 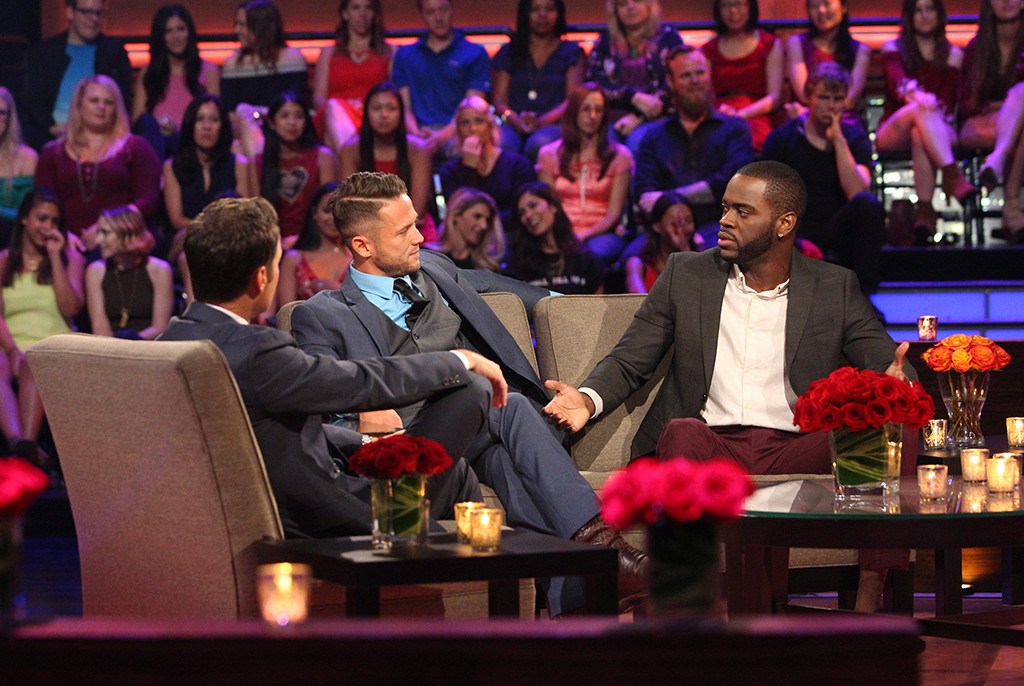 But Becca's season isn't some fluke in terms of Bachelor Nation controversies: Rachel Lindsay, the franchise's first-ever black lead (which they loved to tout as "historic" rather than "long overdue"), was forced to deal with the fallout of a seemingly racist contestant being picked to court her.

The contestant, Lee Garrett, was directly asked about his offensive tweets at the Men Tell All special, with host Chris Harrison, Rachel and the other man calling him out for his views.

Last summer, a sexual encounter between Corinne Olympios and DeMario Jackson prompted production to be shut down on the fourth season of Bachelor in Paradise after complaints of misconduct were filed, launching an internal investigation by Warner Bros. and inspiring many headlines predicting the "scandal" could be the end of the once-untouchable franchise.

Turns out, it provided on-screen fodder once the show and production was cleared of any wrongdoing, with the cast sitting down for an "honest" dialogue about the encounter and consent after production resumed. Corinne and Demario even sat down for a joint interview for a season-ending special.

It looks like today's headlines are just tomorrow's storylines in Bachelor Nation.