After a few whirlwind recent months in the spotlight, Kanye Westhas been retreating on and off to Jackson Hole to focus on his upcoming music. "Kanye loves to escape to Wyoming to record his music because it is peaceful and he can lock up and really focus on getting tracks done," a source previously told E! News.

"He thinks by being at the mountains, he doesn't have many distractions and can have a more clear sense of direction for his music," the source added. "That is why he usually escapes there when he is in the zone to get things done."

His refuge state was the site of a listening party he hosted Thursday night for famous friends, family and industry types outside of Jackson Hole to debut the fruits of his latest labor: his 7-track eighth studio album, Ye. 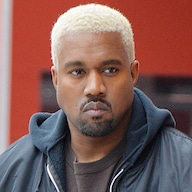 So, what was the 21-time Grammy winner inspired by for this new chapter of his musical life? For fans who have been paying attention the last few months, it's no shock that West honed in on the themes he's been passionate about in recent headline-making interviews, including mental health, opioids, suicide and his controversial comments on slavery. His famous relatives, including wife Kim Kardashian and sister-in-law Khloe Kardashian's boyfriend Tristan Thompson, are also referenced as he raps about marriage, cheating and fatherhood.

Here's everything you need to know as you press play: 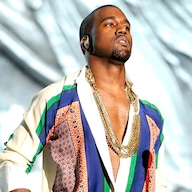 "I Thought About Killing You"

For his opening track, West takes listeners inside his darkest thoughts when he raps, "The most beautiful thoughts are always besides the darkest/Today I seriously thought about killing you/I contemplated, premeditated murder/And I think about killing myself, and I love myself way more than I love you, so."

Years ago in 2010, the rapper spoke publicly about how he had considered suicide before. However, he said he would not give up on life again. 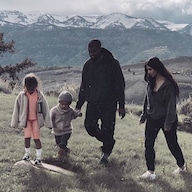 The star addresses a variety of topics in this track as he name-drops Michael Jackson, Prince and Russell Simmons. Seemingly in reference to his past comments about the opioid addiction he faced after getting liposuction, he raps, "I can feel the spirits all around me/I think Prince and Mike was tryna warn me/They know I got demons all on me."

Prince died of an opioid overdose in April 2016.

He also calls out Simmons, who said West was "unraveling in public" and "suffering." "Russell Simmons wanna pray for me too/I'mma pray for him 'cause he got #MeToo'd," West retorted, referencing sexual misconduct allegations, including rape, against the mogul, which he has denied. 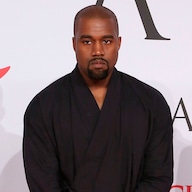 Adidas Stands by Kanye West in Spite of Slavery Comments

On this track, the star name-drops Kerry Washington, Naomi Campbell and Stormy Daniels before making his way to Tristan Thompson, who came under fire after photos and videos of him with other women were unearthed while his girlfriend and mother of his child, Khloe Kardashian, was pregnant.

"All these thots on Christian Mingle/Almost what got Tristan single," West rhymes.

Bow on our arrival

For this one, West brings up his slavery "sounds like a choice" comment from the interview he gave to TMZ early last month.

He also describes Kim Kardashian's reaction to the backlash that transpired after the comment.

"Wife calling screaming saying we're about to lose it all/I had to calm her down 'cause she couldn't breathe/I told her she could leave me now but she wouldn't leave."

For his last track, the father of three raps about his worries and fears for raising daughters as they grow up and how the world and men can hurt them.

In one line, he raps, "Don't do no yoga, don't do pilates/Just play piano and stick to karate/I pray your body's draped more like mine and not like your mommy's."