Pete Davidson is defending himself from those who think his relationship with Ariana Grande is impacted negatively by his mental illness.

The Saturday Night Live star, who revealed last year that he struggles with borderline personality disorder, took to Instagram on Thursday with a passionate statement about the stigma of his deeply personal mental health issues. Days ago, E! News learned Davidson and Grande started dating earlier this month.

"Normally I wouldn't comment on something like this cause like f--k you," the 24-year-old wrote. "But I've been hearing a lot of 'people with BDP can't be in relationships' talk. I just wanna let you know that's not true. Just because someone has a mental illness does not mean they can't be happy and in a relationship. It also doesn't mean that person makes the relationship toxic." 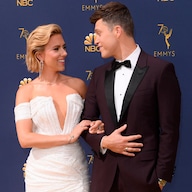 Famous Couples With Ties to SNL 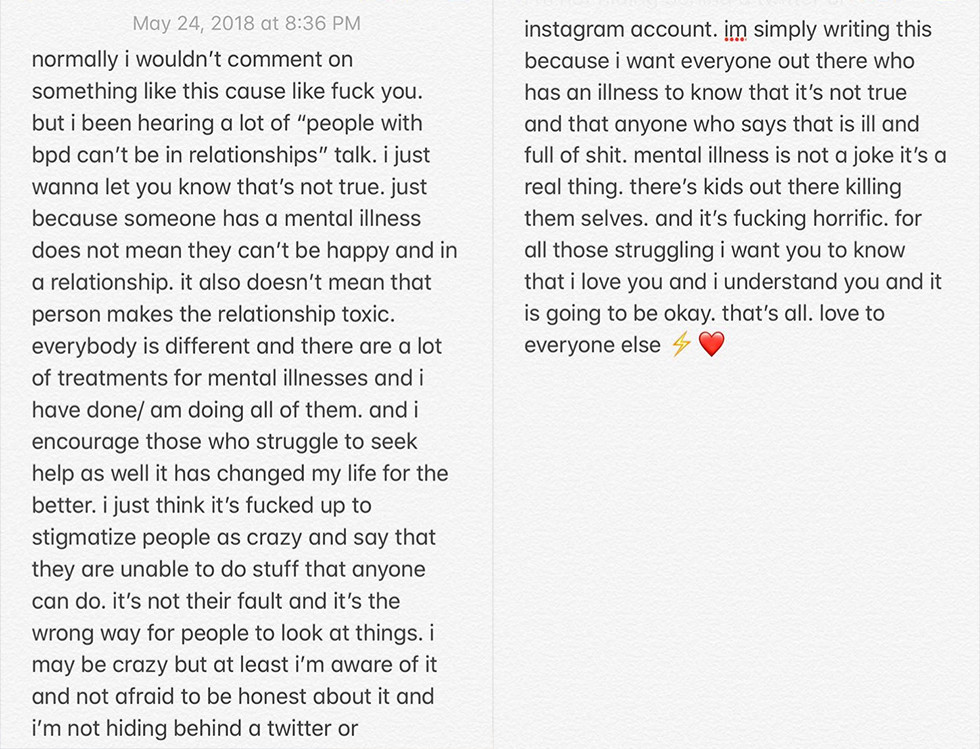 Davidson, who also undergoes regular treatment to manage Crohn's disease and has battled substance abuse, said seeking professional help for his mental illness has "changed my life for the better."

"I just think it's f--ked up to stigmatize people as crazy and say that they are unable to do stuff that anyone can do," he continued. "It's not their fault and it's the wrong way for people to look at things. I may be crazy but at least I'm aware of it and not afraid to be honest about it and I'm not hiding behind a Twitter or Instagram account."

Pete concluded his honest message, "I'm simply writing this because I want everyone out there who has an illness to know that it's not true and that anyone who says that is ill and full of s--t. Mental illness is not a joke it's a real thing. There's kids out there killing themselves. And it's f--king horrific. For all those struggling I want you to know that I love you and I understand you and it is going to be okay. That's all. Love to everyone else." 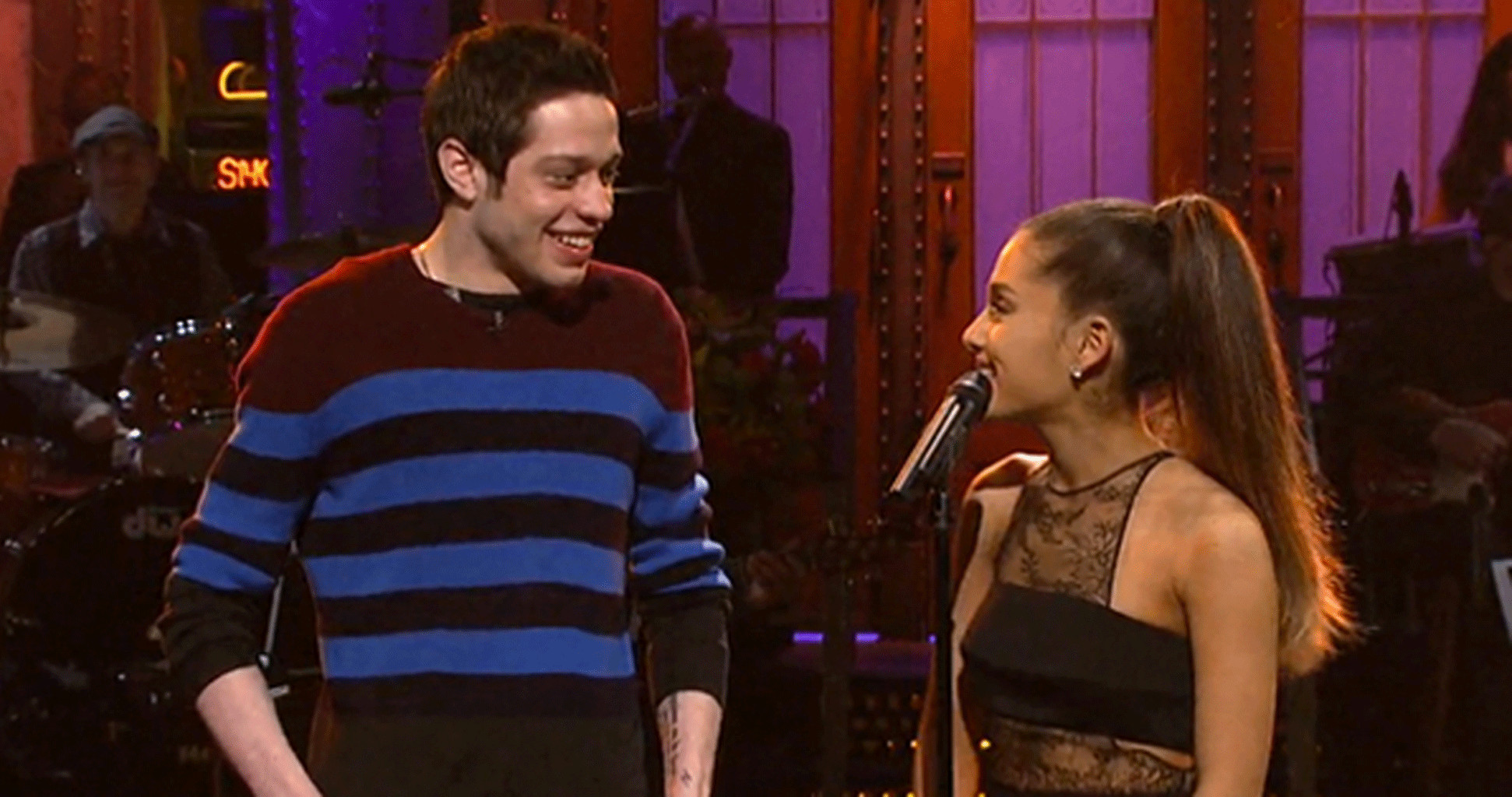 Following a series of "mental breakdowns," the comedian checked himself into rehab in 2016.

"I've been having a lot of problems," he revealed on Marc Maron's WTF podcast in 2017. "This whole year has been a f--king nightmare. This has been the worst year of my life, getting diagnosed with [borderline personality disorder] and trying to figure out how to learn with this and live with this."

At the time, Davidson was dating Cazzie David, daughter of Larry David. The two broke up recently, but the SNL youngster applauded his ex for sticking by his side.

"I don't know how she's still with me," he cracked to Maron. "Being in a relationship with someone like myself must be incredibly difficult... but it's always exciting. There's always something new, for sure."

Grande has not commented on Davidson's statement.