Mario Batali Will Not Face Charges for Alleged Sexual Misconduct 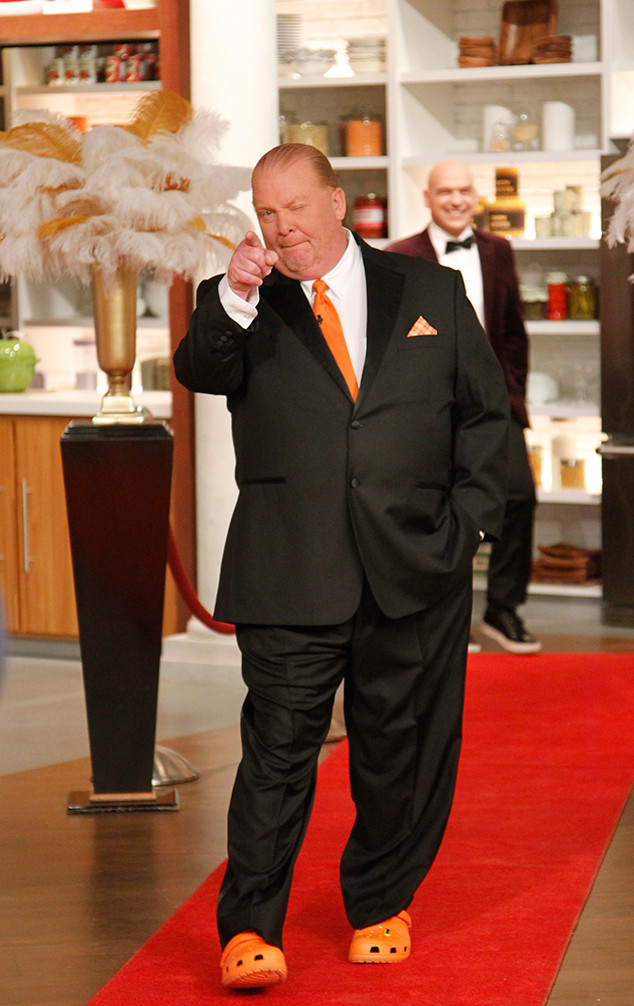 UPDATE: Mario Batali will not face criminal charges in the sexual misconduct allegations made against him, several outlets report.

According to CNN, authorities were unable to find probable cause in any of the cases it was investigating.

The New York Police Department declined to comment on the specifics of any particular investigation, but told E! News in a statement, "The NYPD takes sex crimes and sexual assault very seriously, and encourages anyone with information about such a crime to report it to police, so perpetrators can be prosecuted, and justice can be secured for survivors. 212-267-RAPE (7273) is the NYPD Special Victims Division's 24 hour hotline."

The New York Police Department has launched a criminal investigation into Mario Batali. The news comes approximately five months after the celebrity chef stepped away from his culinary empire following accusations of sexual misconduct.

60 Minutes broke the news of the investigation on May 20. In a segment that aired on Sunday, people who worked at The Spotted Pig, a New York restaurant Batali invested in, detailed accusations of sexual harassment or assault. 60 Minutes conducted interviews with "dozens" of people who worked there or other Batali restaurants over the past six months. 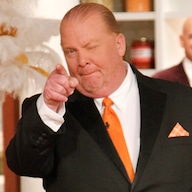 Mario Batali and the Dark Side of Celebrity Kitchens: What His Downfall Means for Notoriously Toxic Restaurant Culture

An anonymous woman accused Batali of drugging her and sexually assaulting her back in 2005. The woman, who asked 60 Minutes to conceal her identity due to concern about future employment prospects, claimed she had been working at Batali's restaurant Babbo when he invited her to join him for a party at The Spotted Pig. The accuser claimed the two were sitting at a table drinking wine before she blacked out.

"It gets completely foggy for me," she told 60 Minutes contributor Anderson Cooper. "And this is—part of the messy, scary part for me. There is a part where it—it all disappears. I remember a moment where I was on his lap, kissing him. Like, he was kissing me. And then I remember throwing up in a toilet. And that is all."

The woman claimed she later woke up on the third floor of the restaurant.

She also said her right leg was "deeply wounded" with "deep scratches." In addition, she said she found what appeared to be semen on two areas of her skirt. When the accuser confronted Batali about the incident hours later at work, he allegedly was silent and didn't speak to her.

According to 60 Minutes, the woman called a crisis hotline and went to a hospital for an examination. In addition, she told the news organization she spoke with a detective at the New York Police Department's Special Victims Division.

Ultimately, she decided not to file a police report. As a result, the rape kit from the hospital was reportedly never processed and the hospital records were removed.

Batali denied the allegations in a statement to 60 Minutes.

"I vehemently deny the allegation that I sexually assaulted this woman. My past behavior has been deeply inappropriate and I am sincerely remorseful for my actions," he said in a statement. "I am not attempting a professional comeback. My only focus is finding a personal path forward—a path where I can continue my charitable endeavors—helping the underprivileged and those in need." 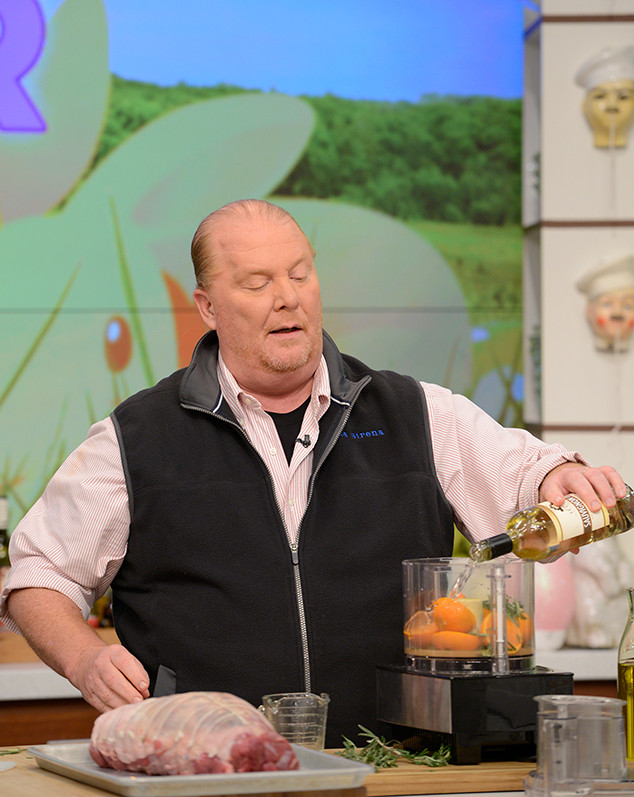 Former restaurant manager Jamie Seet also accused Batali of reaching his hands up between the legs of a woman who appeared unconscious. Seet claimed she saw the famed restaurateur perform the alleged act via the restaurant's video monitor.

"You know, he crossed a line—a huge, huge line of assaulting someone that's unconscious," she said.

Seet also accused Batali of grabbing her breasts. She told Cooper she reported Batali to the restaurant's owner Friedman and that he told her not to worry about it.

Natalie Saibel, a former waitress at the restaurant, also claimed Batali would "make passes at the female wait staff and make inappropriate comments." In addition, she claimed he would "grab people."

Furthermore, Trish Nelson, a former waitress at The Spotted Pig, claimed Batali would "wrestle" with her and "try to grab" her.

She also said certain staff members referred to him as the "Red Menace."

"I think Mario Batali's a monster," Nelson said at one point during the interview. "He has been lauded as this incredible chef and this leader, but behind the scenes he's hurtful and he does not respect women."

Batali isn't the only one at the restaurant who faces accusations. Friedman does, as well.

Nelson accused the owner of berating and belittling" people. Erin Fein, who worked at The Spotted Pig as a bartender for two years, also claimed she was sexually assaulted by Friedman in his car outside the restaurant in 2014.

"He lunged forward. He grabbed my face. He started kissing me very sort of sloppily," she told 60 Minutes. "He pulled up my shirt. He put his hands on me, and I felt frozen."

In addition, Fein said Friedman later asked her to send him "sexy pictures."

A spokesman for Friedman told 60 Minutes he "vehemently denies any non-consensual activity" and that Fein "never issued a complaint" during her time at the restaurant.

In addition, Carla Rza Betts accused Friedman of trying to kiss her in 2010. Furthermore, she said he was demeaning to her and that she received requests for provocative photos from Friedman.

According to 60 Minutes, the restaurant didn't have a full-time human resources department until 2017.

April Bloomfield, the chef at the restaurant who owns restaurants with Friedman, also told 60 Minutes that she is "in the final stages of severing [her] partnership" with him.

Back in December, Eater published an article about Batali in which four women accused him of inappropriate behavior.

"I apologize to the people I have mistreated and hurt," part of Batali's statement to E! News read. "Although the identities of most of the individuals mentioned in these stories have not been revealed to me, much of the behavior described does, in fact, match up with ways I have acted. That behavior was wrong and there are no excuses. I take full responsibility and am deeply sorry for any pain, humiliation or discomfort I have caused to my peers, employees, customers, friends and family."

In addition to stepping away from his businesses, Batali was fired from The Chew, where he served as a host.