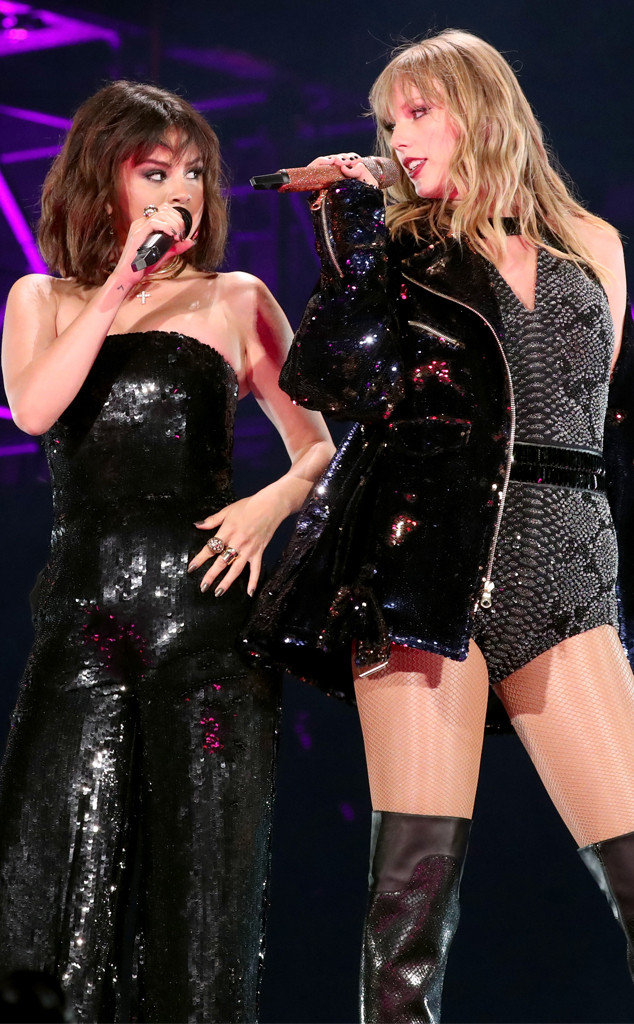 It was the hottest show in town!

This weekend, celebs turned out in droves to catch Taylor Swifts Reputation Tour stop in Los Angeles. The performer rocked the Rose Bowl in Pasadena on both Friday and Saturday night and it was quite the scene!

From Selena Gomez's surprise performance on Saturday to Shawn Mendes' cameo on Friday, there was a lot going on on stage. But what about in the 60,000-strong crowd? Well that's where some serious star-power was!

Many celebs, like exes Amber and Wiz, brought along their kids to the fun-filled event. It's quite possible that Amber and Wiz's son Sebastian, who is a Taylor superfan, had the best night of his adorable young life, even getting to meet the hit-maker, sit in a throne with her and give her flowers!

Check out all the celebs that hit up Tay's not-to-miss concerts this weekend... 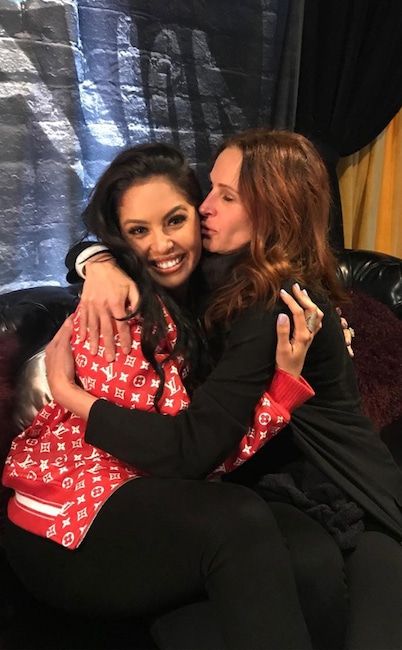 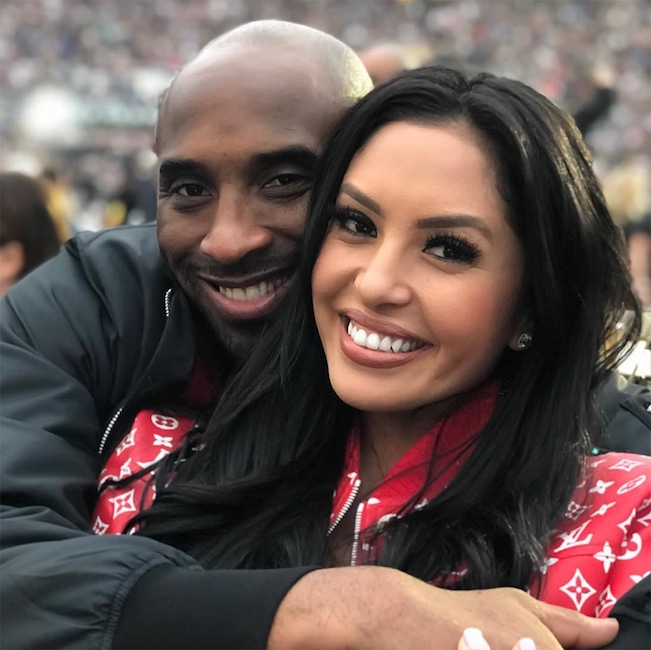 The parents of three made it a date night (and brought their two oldest) to the Rosebowl. 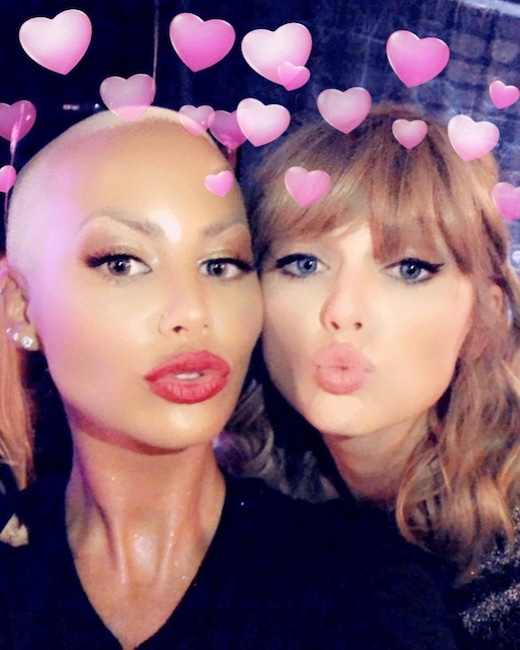 Rose posted this pic with the "Shake It Off" songstress and wrote, "Muva x @taylorswift." 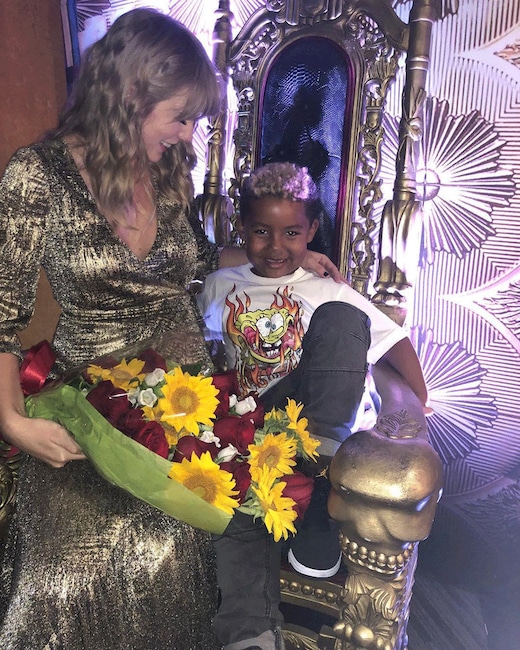 The exes made hit up Taylor's Los Angeles show to make sure their son Sebastian was king of the castle with his idol. 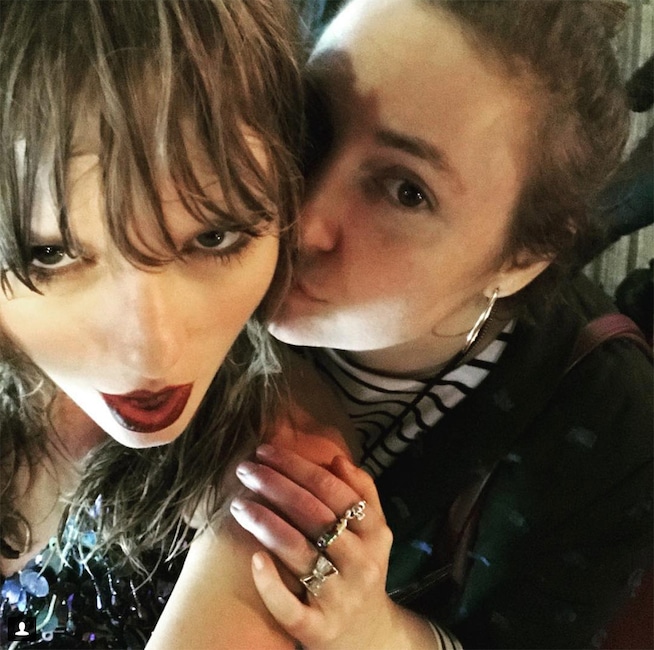 The Girls creator wrote, "This is a love note to @taylorswift. I was a fan before I was a friend and her music formed the soundtrack to so much love & loss & discovery- late nights writing and early mornings weepy on the way to work. She had perfectly distilled the feeling of growing into yourself. When we became friends 6 years ago I didn’t know she’d also prove to be the loyal and hilarious cat lady who loved me through every rough moment and the triumphant ones too. She never lets me feel alone or less than, she’s a fierce girl gang leader and a total mensch. Tonight I was just a fan again, one of 60k who got our souls rocked by her artistry, her open heart and her killer gams. Love you forever, Tay." 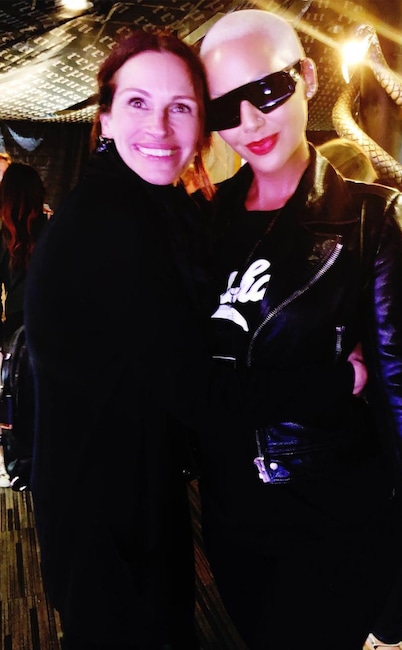 The pair made an unlikely duo—but hey, the Swifties run the gamut! Amber posted this photo on Instagram and wrote, "Julia Roberts is hugging me!" 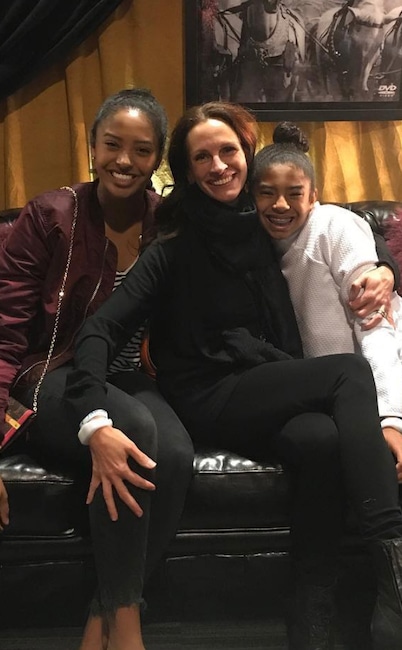 Julia Roberts posed with Vanessa and Kobe Bryant's daughters Natalia and Gianna backstage at the concert. 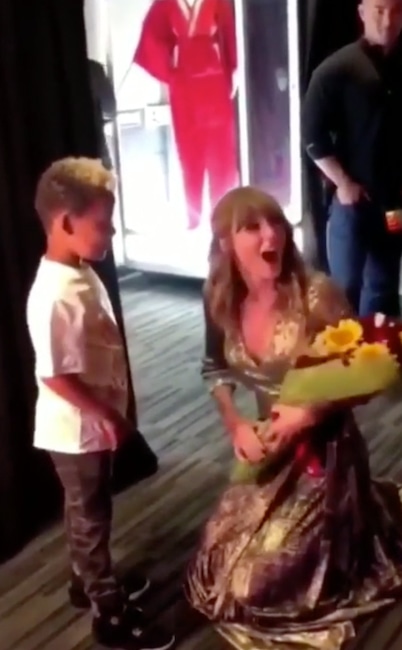 The media personality got some flowers from Amber's son Sebastian, who is a superfan. 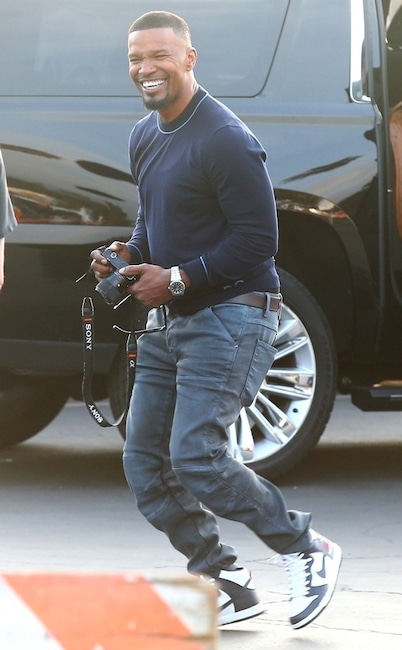 The actor daughter Annalise to a Taylor Swift concert with Kristin Grannis. 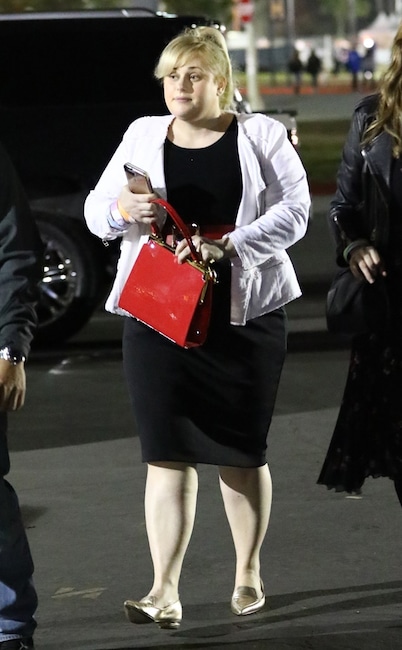 The funny lady and a friend arrive at the Rose Bowl ahead of Taylor's concert at the Rosebowl. 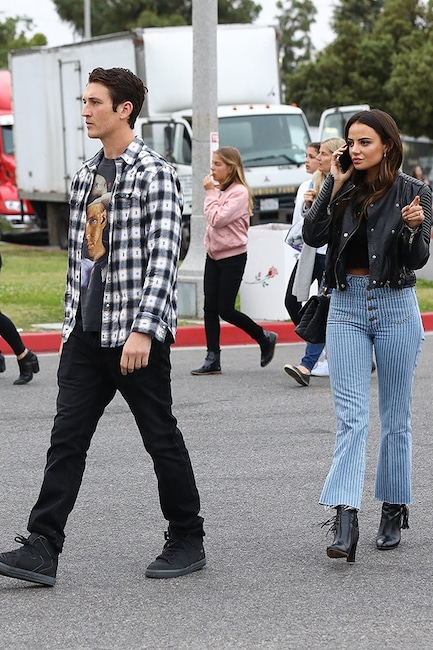 The couple was spotted attending Taylor show in Pasadena on May 19. 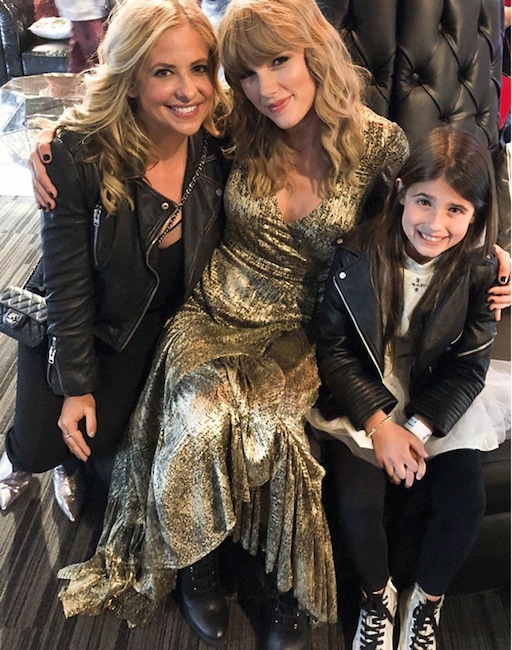 On May 20, the Buffy the Vampire Slayer actress wrote, "I don’t often put pictures of my kids on here, but last night was truly special. Thank you to the incredible @taylorswift for being so kind to Charlotte. She was so in awe, she could barely speak. Thank you for being the kind of role model young girls need to see. And to Taylor’s Mom Andrea, thank you for being so welcoming. Oh and did I mention how awesome the show was?!? I can’t believe Taylor sang 26 songs, each one better than the next!! A truly #gorgeous show!! (I definitely won big Mom points last night)."