Ariana Grande Sobs as She Reflects on the Manchester Bombing 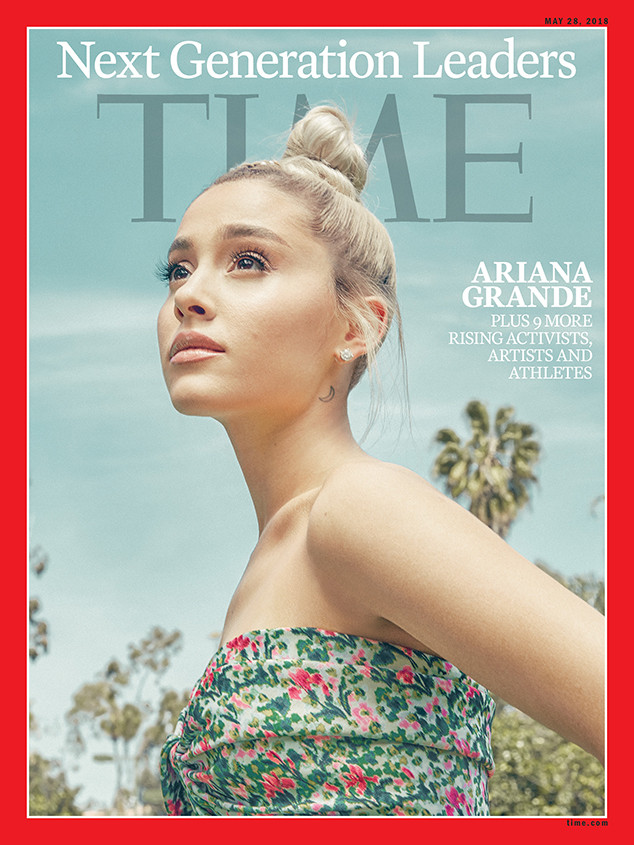 With the one-year anniversary of the Manchester bombing approaching, Ariana Grande is focusing on the positive. "I'm happy," she says in TIME's new issue. "I'm crying, but I'm happy."

On May 22, 2017, a terrorist detonated a bomb outside Grande's concert in Manchester, England, killing 22 people and injuring more than 500 others. "There are so many people who have suffered such loss and pain," Grande sobs. "The processing part is going to take forever."

Grande, who hosted a benefit concert last summer to help victims and their families, doesn't like to discuss it. "I don't want to give it that much power, something so negative. It's the absolute worst of humanity. That's why I did my best to react the way I did," she admits. "The last thing I would ever want is for my fans to see something like that happen and think it won."

"Music is supposed to be the safest thing in the world. I think that's why it's still so heavy on my heart every single day," Grande says. Taking a deep breath, the 24-year-old singer continues, "I wish there was more that I could fix. You think with time it'll become easier to talk about. Or you'll make peace with it. But every day I wait for that peace to come, and it's still very painful."

Immediately after the attack, Grande boarded a private plane and flew to her grandmother's house in Boca Raton, Fla. Her manager, Scooter Braun, joined her there soon after, and he asked her to do something to help those affected. "I said, 'We need to get a concert and get back out there.' She looked at me like I was insane," he recalls. "She said, 'I can never sing these songs again. I can't put on these outfits. Don't put me in this position.'" Together, they decided to cancel the rest of her Dangerous Woman tour. Days later, Grande sent Braun a string of text messages. When they talked, she told him, "If I don't do something, these people died in vain."

Braun and Grande mobilized their friends in the industry and organized One Love Manchester. The tribute concert was scheduled for June 4, 2017, with performances from the Black Eyed Peas, Justin Bieber, Coldplay, Miley Cyrus, Liam Gallagher, Imogen Heap, Niall Horan, Little Mix, Victoria Monét, Mac Miller, Marcus Mumford, Katy Perry, Take That, Robbie Williams, Pharrell Williams and Stevie Wonder. It was televised globally and raised millions of dollars for the We Love Manchester Emergency Fund. "We put a lot on her shoulders, and she took over," he says. "You know, for the rest of her life, she can say that she is exactly who she claims to be."

For months after the terror attack, Grande eschewed the spotlight—all while quietly toiling away on her forthcoming album, Sweetener. "When I started to take care of myself more, then came balance, and freedom and joy. It poured out into the music," she says. "I felt more inclined to tap into my feelings because I was spending more time with them. I was talking about them more. I was in therapy more." Last month, she dropped "No Tears Left to Cry," the lead single. "The intro is slow, and then it picks up," she says. "And it's about picking things up."