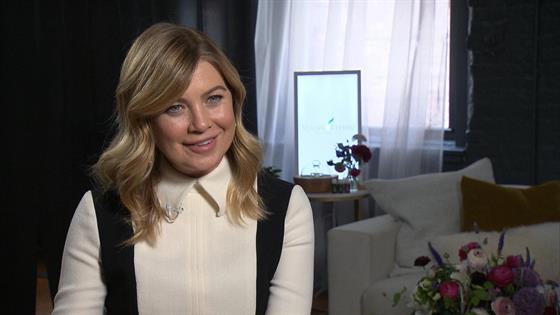 Don't even bother trying to compose yourself. It's futile.

Grey's Anatomy fans were put through the ringer on Thursday night, with the ABC drama not letting Dr. April Kepner (Sarah Drew) go softly into the night.

April was on the verge of death after a car crash for almost the entire episode, and you knew it was serious because Snow Patrol was played.

Fortunately, April was able to pull through, which makes seeing all of Drew's emotional behind-the-scenes Instagram posts from the intense hour just a little easier to handle ahead of her exit from the series. 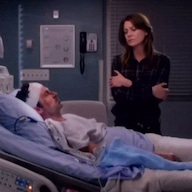 The snaps include a photo with some of "her favorite people on the planet," with Drew writing, "I was ALSO overcome with the joy of having had the opportunity in my life to know such gorgeous people whom I have loved, who have loved me so well for 9 years."

And for the Japril fans, Drew shared two posts with photos of Jesse Williams (aka her "co-captain") and yes, they will make you feel the feelings.

Take a look at all of Drew's posts below and don't even try to resist crying.

Magic hour by the trailers... There were so many “lasts” during this episode. This was my last episode shooting on the Grey’s Anatomy stages. So many conversations have happened by these trailers in the past 9 years. It was sweet to finish out my night with these two beautiful souls. @jessicacapshaw @caterinascorsone

This was taken just moments after my final scene on the Grey’s Anatomy stages. I love these two very much. #chandrawilson @jessicacapshaw

This is Bill Harper. He wrote this beautiful episode. I was so moved when I read it. I was SO grateful that he wrote such a gorgeous tribute to April. It captures who she is and what she means to the people in her life, and I felt like she was profoundly loved through it. Thank you Bill.

First of all, Jesse knocked this scene completely out of the park. His performance destroyed me. Wow. Secondly, For me, this photo speaks volumes about our partnership. Jesse and I had some very trying stories to tell over the years and there were many moments when we really needed to lean on each other to get through them. And we did. To name a few: Samuel’s death, signing divorce papers, when Harriet was cut out of me (Jesse was on set to do the off camera phone call), when April tells Jackson she needs to move out because it’s just too hard. The scene right here where Jackson prays over April was one of those moments. It was agonizing for me, because I wanted so badly to reach out and offer him support in the scene- to let him lean on me - cuz that’s what we do for each other- but I had to just lie there unconscious letting him do his beautiful work alone. So, after he finished his coverage, I reached out to hug him and our makeup artist @lovveeani caught it on film. Our partnership on this show has been so sweet, so collaborative, so challenging (in the absolute BEST way). We got to tell stories that really matter, that have reached out and provided a safe space for people to love, laugh, mourn and grow. I will be forever grateful to my co-captain for the 9 years of friendship and for the opportunity to tell such beautiful stories together. Thank you, Jesse ❤️❤️❤️. Photocred @lovveeani

Here are some of my favorite people on the planet. While shooting this scene my heart was so full of joy and sadness at the same time that it was almost unbearable. As I was looking up at all of these beautiful faces, smiling down at me with so much love, happy to see April alive and well, I was overcome with sadness about the reality of not being with all of these people in the same place in the same way ever again. But, I was ALSO overcome with the joy of having had the opportunity in my life to know such gorgeous people whom I have loved, who have loved me so well for 9 years. During a break in the scene, I felt the tears coming and I looked over and made eye contact with Caterina and Chandra and they whisked me away and let me feel my feelings all over them. It was such a sweet moment of friendship. What I keep experiencing since the moment I was let go, is the tremendous joy that is present in the midst of my sorrow. It felt horrible to be asked to leave my family of 9 years, and I have experienced real, deep grief over it, BUT I have ALSO been so buoyed up by my cast, my crew, the fans, and my family in such extraordinary ways, that I wouldn’t trade any moment of it for the world. I keep describing my experience over the last two months as being “love-bombed” because between the conversations, the hugs, the letters, the tweets, the plane(!), that’s truly what I’ve felt. Love-bombed. In the wake of being let go, I’ve been overwhelmed with gratitude, and I’ve felt profoundly loved. I am so humbled and so thankful. Get ready for so many more pics and love notes next week. ❤️❤️❤️

While we were in the middle of shooting this scene, just before my coverage, it occurred to me that this was April and Bailey’s final scene together. When I realized it, I had to sing happy songs to myself to keep from losing it while the camera was on me. As soon as we finished the scene, I unplugged myself from all of the wires as fast as I could and ran into Chandra’s arms, and Kelly captured this moment between the two of us. Chandra has been a true friend and mentor to me, as an actor, a director and a human. I admire her strength of character and her determination to choose joy in any and all circumstances. I want to be like her when I grow up ☺️☺️ On my last day shooting, she gave me a goodbye letter that she had written from Bailey to April. It was the most incredible gift I never knew I needed. It helped me gain perspective, reminded me of my worth, and brought everything full circle for me. I love my Chandra. #chandrawilson #photocred @seekellymccreary